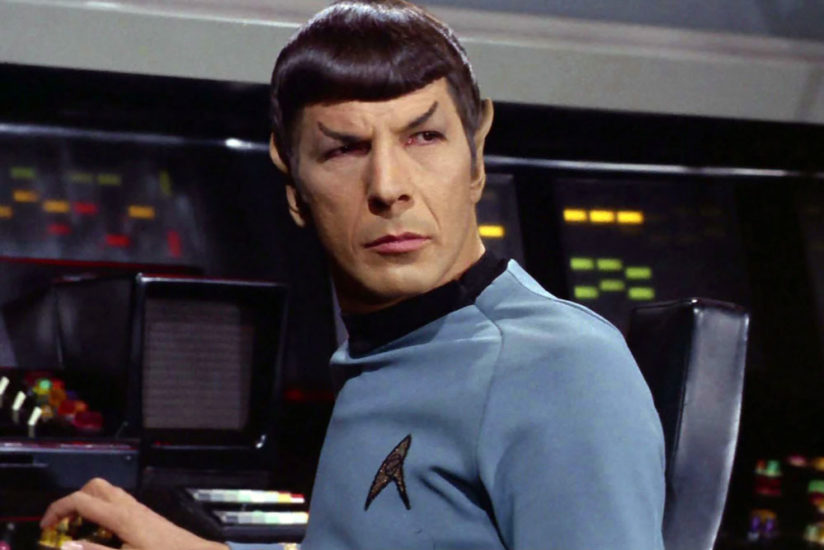 Spock from Star Trek: The Original Series was novel not just because he was an alien, but also because he showed no emotion. This set the stage for later novel characters like Data.

This is part 3 in the series: Crafting a Likable Character

Novelty makes everything better, and that includes your characters. Audiences quickly become enthusiastic about anyone who has a fascinating personality or brings the story a breath of fresh air. And while sympathy and selflessness can risk dulling a big bad’s edge, novelty works great for villains.

Unfortunately, novelty is also the trickiest to pull off. Storytellers have a hard time judging what’s novel for others, and attempts at novelty can go terribly wrong. Let’s cover what to think about when adding novelty to a character.

Is Novelty Better than Relatability?

Novelty means making your character different than other people. That’s not always what storytellers are aiming for. Instead we might aim to use a blank protagonist, someone with generic traits designed to help audiences identify with them. When audiences see themselves in a character, likability gets a huge boost.

Whenever we make a character relatable this way, we should ask, “Relatable to whom?” Real people are different; no character can be relatable to all of us. More often than not, blank characters best represent the most privileged people; their traits are considered default and therefore the most generic. But these characters can’t please everyone, and some audiences actively dislike blank heroes because they’re so bland. In comparison, novelty has much broader appeal.

Even if your character isn’t particularly relatable, if you manage to make them novel and then add in sympathy or selflessness too, you’ll have plenty of audience enthusiasm.

A novel character has to be distinct. If they’re just like everyone else, they aren’t novel. However, distinctness doesn’t guarantee novelty; a character could be distinct in ways that audiences have seen many times before. Novelty requires something that’s relatively new and different. On the plus side, well-worn character traits can be remixed in new combinations to make them novel again.

While novel characters are often weird, their characteristics must make enough sense to keep them from feeling bizarre. The characters who are most novel have a unique makeup or background, and then they follow an internal logic based on that. That way the audience understands why they behave the way they do.

Simply assigning a character a novel trait or two isn’t enough to make them novel. A satanic butterfly sounds pretty fascinating, but simply putting a butterfly in your story and saying it’s satanic will only give you novelty for about five minutes. To continue entertaining your audience, you need to actually depict the satanic butterfly in action.

The most novel characters have a personality that’s different, a daily life that’s different, opinions that are different, and behavior that’s different. Then the storyteller puts them in new situations and shows what entertaining thing they do next. That way they don’t just have a novel trait; they continually generate more novelty as they move through the story.

For instance, take Seven of Nine, a character whose introduction in season three of Star Trek: Voyager significantly boosted the show’s ratings. She was previously part of the Borg, a cybernetic collective consciousness. But that alone isn’t what made her popular; it was the myriad ways she continued operating like a member of the Borg on Voyager. When leading a project, she insisted everyone go by assigned numbers. When she discovered a crewmate was romantically interested in her, she told him matter-of-factly to take all his clothes off. These details made scenes with her fun to watch.

Creating Novelty With a Premise

Seven of Nine is so novel because the show writers created one big reason she’s different and then used that to liven up her scenes. A premise like that usually needs to be planned early, because it will depend on the story’s world and should be well integrated into the plot. But it’s a powerful way to add novelty.

Choose a premise that gives you fun ideas for how your character would behave during the story. If you can build your plot around the concept, even better.

Shoring Up Novelty Where You Can

If a shiny new premise isn’t in the cards for your story, below are some ways you can add novelty to the characters you have.

Like anything else in storytelling, attempts at novelty can go wrong.

Only things that are unfamiliar feel novel. Anything we see everyday, perhaps when we look in the mirror, is mundane to us. Unfortunately, this creates a dynamic that makes marginalized people feel like novelties to privileged people. This is because privileged traits are more likely to be common, and when they’re not, privileged traits are still depicted in stories more often.

Since privileged people control most popular media, this means that a white cis man is unlikely to be treated like a novelty. Being white, cis, and male is mundane to people in power. On the other hand, a Black trans woman is quite likely to be treated as a novelty, because people with that combination of traits are less common in Western countries and they do not control our popular narratives.

When storytellers want to bring out a character’s novelty, they exaggerate and emphasize the character’s distinctive traits. For marginalized traits, this inevitably leads to harmful stereotyping. Even if stereotyping weren’t an issue, it’s still creating engagement in ways that only work for privileged people. A Black trans woman is not going to experience novelty by watching some exaggerated depiction of what she views in the mirror every day.

Instead, add traits to marginalized characters that subvert stereotypes about them. For instance, Chidi from The Good Place is a nervous intellectual who gets a terrible stomachache every time he has to make a tough decision. This gives him novelty and subverts stereotypes about Black men being big and tough.

A novel character should be more likable, but unfortunately, it’s possible for storytellers to do the opposite. This is particularly likely if the character has lots of witty banter. Often, banter is created to tell jokes or otherwise make light of the situation. That can translate to a character who doesn’t take threats seriously, or even one who pokes fun at characters who don’t deserve it. In these cases, the audience may quickly come to resent the witty character.

This is why the most successful witty protagonists often use self-deprecating humor. This keeps them humble, which enhances other likable traits and prevents them from looking smug. What’s important is that a character takes other people and threats seriously, even if they put on a brave face at first.

Adding to this, many over-candied sidekicks are higher in novelty than the story’s other characters. This is most likely correlation rather than causation – storytellers are likely to add both candy and novelty to characters they really like. However, it’s still worth a reminder to check and manage your character’s candy level.

Another helpful technique for annoying characters is simply to round them out more. While your character may have a repeating gimmick, try to add in complexity and emotional depth. Give the gimmick itself a little variety.

Even the quirkiest characters should have a reason for what they do. Those reasons may not always be obvious to other characters, but the storyteller should still understand them at a deep level. Maybe a character tosses out everything blue in the house, which seems like strange behavior, but they do it because they lost someone who used to decorate everything in blue. The character doesn’t want any sad reminders.

Similarly, a whimsical character such as a wild dream love interest should have their own personal goals and desires. If they show up to add excitement to the protagonist’s life, why exactly are they doing that? Are they paying the character back for a previous kindness?

Characters who lack coherent motivation for their words and choices feel like shallow caricatures rather than real people.

Humor is a type of novelty. Simply by aiming for novelty, the chances of ending up with something funny are pretty good. However, humor causes us to take things less seriously. Just as we have to keep our witty protagonists from dismissing threats, we also have to make sure we aren’t dismissing threats ourselves by unintentionally making fun of them.

There are a few situations where funny villains are okay. Maybe you’re writing for young children, or maybe your story is short and campy, so it doesn’t have to create much tension. Sometimes storytellers also add comedy to lesser villains while retaining the threat of a big bad.

But a comedic villain won’t create much tension. So if you need significant levels of tension in your story, novelty should be used to make villains more threatening, not less. Remove any villainous trait that makes you or your readers laugh, and don’t make jokes at your villain’s expense. If you’re writing slapstick, choose a different character to fall on their face.

Unfortunately, novelty is a moving target. The things that were novel to us 10 years ago may not be novel to us today. However, even if you choose a character concept that’s been done many times, you can still make them novel by executing that concept in your own way.

Comments on How to Make Your Character Novel