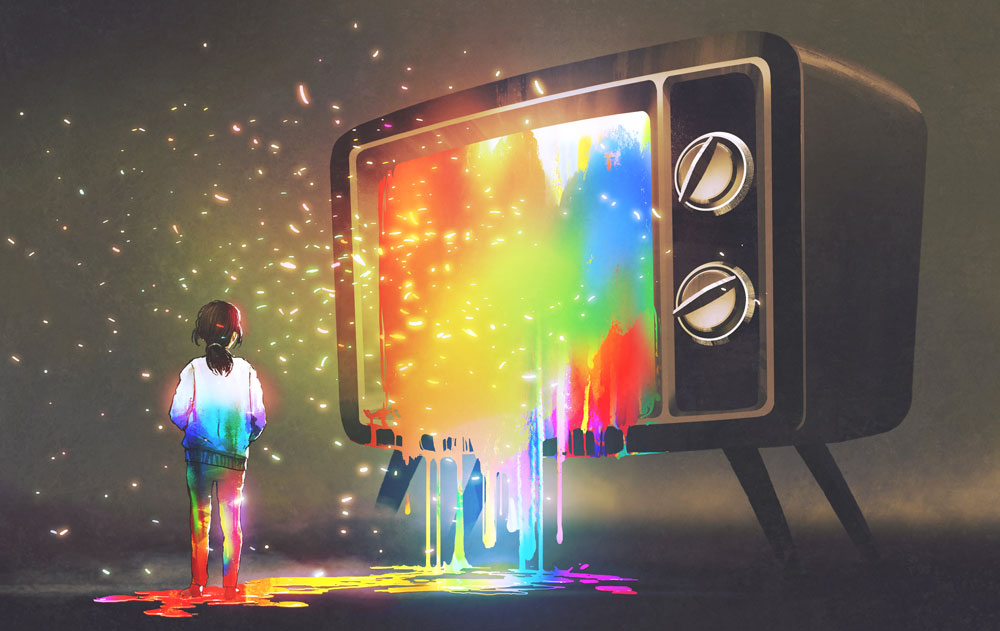 This is part 2 in the series: Mastering Description

Evocative phrasing makes it easier for readers to imagine your story and builds atmosphere more effectively. In turn, that creates novelty and makes your prose engaging. While there’s a lot of pressure on writers to be creative, that doesn’t mean your description must be spontaneously generated by your subconscious. It’s a craft you practice, like everything else. Let’s go over tips for bringing your description to life.

The more specific your choice of words, the easier it is to imagine what you’re talking about and the more unique your prose becomes.

The only risk here is getting so niche with your terms that it becomes questionable if your reader (or your viewpoint character) knows them. If you want to include “clematis” instead of “ivy,” the plant will need its own description.

Show as Much as Practical

While there are some limitations, you generally want description to show as much as possible. Look for vague umbrella terms that can be illustrated with more specifics. This will take more words, but it’s usually worth it.

You can test whether you’re showing enough or being specific enough by asking “What does [your term or phrase] look like?” If the answer requires any thinking, the descriptor is too vague.

When describing a scene, it’s really easy to use verbs such as “is,” “was,” “were,” “are,” “has,” or “had.” If you have those verbs in your description, you probably want to swap them out for verbs that are more active and flavorful.

Using active verbs for objects in the environment gives you an opportunity to contrast them or work in their position, such as my example of couches facing each other.

Unless you specifically want to evoke a sense of stillness, avoid making the environment feel static. The world is a living, breathing place, and showing that will make your description feel more immersive. So think about what might be moving, even if it’s only periodic.

Including movement is not so essential that you should add a pet only to create a plot hole because no one’s around to take care of it. Simply look for opportunities where movement can be included.

Adding some sensory description other than visuals will help you make the environment feel immersive and push you to do something a little different.

You don’t have to collect all five senses in every bit of description; just avoid writing nothing but visuals.

Word choice isn’t just about literal interpretation or even connotation. The association we have with items is important for building atmosphere. Conversely, using terms with the wrong association can ruin the mood.

Associations are especially important to keep in mind when using metaphors.* Don’t use a metaphor unless the imagery it calls to mind has an association that fits the atmosphere of your scene.

Occasionally, showing exactly what the viewpoint character perceives isn’t suitable. We might have insufficient language for the expression someone is making, or you may want your viewpoint character to receive a mysterious impression that doesn’t come from an identifiable source. When you need to tell, use metaphor, imagery, and colorful expressions to make the description more specific and evocative.

We can end up using the same words frequently because they reasonably come up a lot in the story. For these common actions and items especially, a spreadsheet of choice words can help you avoid redundancy or find the word that best matches the situation.

Common words vary by story, but they often include:

Don’t twist yourself in a knot trying to call a couch something other than a couch. Just keep an eye out for words you’ve used a lot and consider doing something different.

Q&A: Am I Using Too Many Hyphens, Dashes, or Ellipses?

Comments on How Can Writers Make Description Evocative?