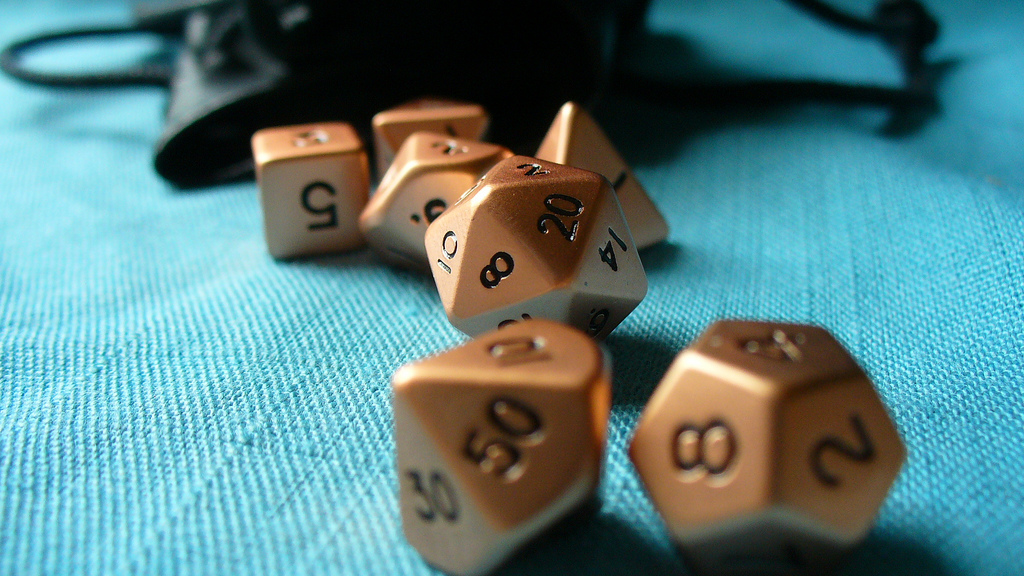 This is part 6 in the series: Running a Large Campaign

The epic story that you’ve always wanted to play has taken off. It might feel like you can now turn off the part of your brain that has been planning all this time and hit the cruise control, but don’t give into the temptation. Even the best prepared storylines will feel like a slog if your sessions become formulaic. The last thing you want is your game to become a chore, so here are a few ways to keep that momentum.

Use a Variety of Session Styles

No one wants to come to game after game knowing that they’ll be doing the same thing they always do. Whether your bread and butter scenario involves a dungeon delve or a mystery of the week, it will grow stale if you don’t change things up from time to time. In games with a run time of months or years this is especially true, so change up your game’s focus occasionally. The following are a few proven frameworks to build your sessions around.

When you’re designing a long running campaign, you should also follow good video game design. Introduce new elements slowly and build on them as players learn. If you are bringing in a new rules module or set of game props that will be important, phase them in gradually. This way you don’t kill the pacing by making everyone stop to learn or sort through them.

As a side benefit you also train your players to expect new things like small visual puzzles, physical letters from NPCs, and minor rules additions that add flavor to equipment or spells. By setting up this expectation, you can add an element that is meant to have a surprising twist later without raising suspicions when it’s introduced.

Flipping this around, if you continually add detail to a single element, you can build foreshadowing week after week that this will eventually be more significant to the plot. Start with a simple regional map. Each week, add more details about population centers and routes of trade. When they explore new areas, bring in new maps that show full continents marked with the banners of warring states. As you approach the climax, your world map is now a game prop that has everyone’s focus, as they help their king with his war plans.

Use Plot Nodes to Connect Adventures

Plot nodes are a concept that deserve an entire article for themselves, but a basic understanding can help you improve how connected your campaign feels. Essentially, every major plot point is a “node,” and your plotlines should provide clear guidance in how each node leads to the next. To keep the players from feeling stuck and unsure of where they are supposed to go, you will want to have multiple redundant connections. That way if they miss one clue they will still find another that leads them to the next node.

Be aware of the major plot nodes in your campaign as you plan out your sessions. You want every node to have, at minimum, one path leading to it that will be found or triggered no matter what actions the players take. In addition, you can map out many more connections that allow for side paths or hitting plot nodes in a different order. Of course, your plot is fractal, so you can also zoom in on a specific session and map smaller plot nodes within the adventure.

This can help with your campaign’s momentum, because you will always have something to tease for the next session. If you are ending on a cliffhanger or a particular adventure needs two to three sessions to complete, then you and your players will anticipate completing it next time. But if your session ends a particular plot node, you should conclude that session by highlighting the paths to the next node or nodes in the story. This way you can always have that anticipation for what will happen next time, without resorting to endless cliffhangers.

Listen to Your Players

Finally, pay attention to what your players want and how they are receiving your campaign. As a GM, feedback is very important. If your players are growing tired of a particular plotline, you can divert to another and come back later with a fresh outlook.

Ignoring the feedback of your players, be it direct complaints or something subtle like a lack of engagement, will cause you a lot of problems. If players don’t feel like they are getting what they wanted out of the campaign, they will disengage, act out, or stop showing up. That’s why you need to address their concerns.

Remember, since roleplaying is a collaborative story, you need the buy in of your players to make it successful. If you take steps to manage the pacing of your campaign and are receptive to the feedback your players are providing, you should be able to keep everyone interested in your campaign from start to finish.

GM: You have defeated the tyrannical warlord! Now let’s thusly back to town and I’ll calculate your loot…
Player: But what about his army of fanatical followers that we nearly died sneaking past? Are they just going to let us leave? And who in that little town is going to want to fence his Curséd Sword of Legend?