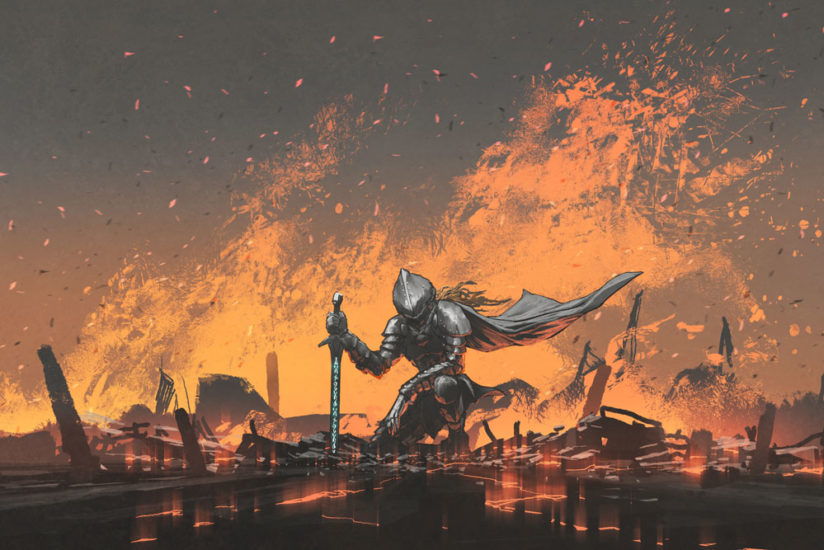 It’s tragic but true: adoring a character can tempt us to make choices that not only sabotage the plot but also turn readers against the very character we love. Say it isn’t so! But help is here. Let’s review ways to tame your character without making them any less cool.

What Do You Mean My Character Is Candied?

Storytellers who love their characters can become tempted to glorify those favorites. At Mythcreants, we call these glorifying story elements “candy.” Candy for a character commonly includes:

These things can be great in moderation; don’t panic just because your character has blue hair and is chosen. But if your character has at least three of these and they don’t have many flaws or weaknesses, that’s a big sign of a candy overdose.

Candied characters don’t always ruin stories. Foremost, candy is usually good for villains. If you’re worried you might love your villain too much, ask yourself if you’re allowing your hero to fully defeat them at the end. If instead of being arrested, your villain says their catch phrase and leaps off into the night to make mischief elsewhere, then you could have a problem. If you aren’t willing to see them brought down, rework the story so they’re your main character, then follow these directions.

Over-candied main characters can be popular with audiences who identify with them. The problem is that this is a pretty narrow audience, and the character will be less likable to everyone else. But if your main character is a ten-year-old girl and you’re writing a middle-grade story for girls, lots of candy might work okay. Kids generally like more candy than adults.

The worst-case scenario is when a side character gets too much candy. In that case, they’re likely to steal the spotlight from the main character and make the audience actively resent them. If you’re in this unfortunate position, consider whether you’d be happier with them as your main character. You’ll still need to avoid candying them to excess, but they’ll be less of a liability.

Spinach is the opposite of candy. It cultivates audience sympathy and makes it feel like a character deserves rewards instead of like they deserve to have their ego popped. That means it’s the best way to fix the likability problems that come with too much candy. Spinach for a character commonly includes:

If this list is making you cringe, there’s a couple tricks you should know. First, any type of spinach can help balance any type of candy. If your character has cool eyes, you don’t need to add an unattractive physical trait. Instead you can have them struggle to master a new spell.

Second, what matters is what is depicted in your story, not the inherent traits of your character. If you really want your character to be flawless, that might actually be okay as long as you prevent them from showing off. I’ve seen main characters get away with a lot of candy because they were put in social situations that delivered spinach.

However, don’t just throw in some random haters. You need a rock-solid reason why even reasonable people are underestimating your character. For instance, in The Murderbot Diaries, Murderbot is a security construct created by a corporation. Since security constructs are often used for violence, it’s understandable that other characters are often afraid of it.

Similarly, Hei from the first season of Darker Than Black is a badass agent who pretends to be the friendly and humble civilian Li. In every fight, he appears to be out of his depth, but he’s somehow never injured. Then he meets other characters in the show who only know him as Li. Knowing this likable undercover identity is fake doesn’t keep viewers from growing attached to him.

When using this tactic, it’s natural that you’ll want to let them just be cool later. If this is your main character and you save it for the last third of the story, that’s probably okay. People can enjoy candy for a main character as long as they become attached to the character first. If it’s a side character, you’ll need to tone it down. This isn’t their story, and your audience will resent it if they take over.

A common trait among candied characters is a tendency to break rules, subvert the system, make mischief, and generally show other people up. This plays to a power fantasy that people who identify with the character may like. Who doesn’t wanna be a cool rebel?

Being a rebel in and of itself isn’t bad. The problem is that this disregard for rules and convention is often aimed squarely at the rest of Team Good. Other heroes usually represent the typical good guys in a story, and as storytellers, subverting other stories just because we can is hard to resist.

But Team Good is, obviously, good. In most cases they’re nice people who are just trying to save the day. That means when a candied character refuses to listen to them, plays tricks on them, and makes trouble for them, that character will come across as a selfish jerk. That’s the fast road to a hated character.

If you like the mischievous rebel role for your beloved character, the easiest fix is simply to aim their antics at people who deserve it. In particular, an authority figure of lawful evil alignment works well with these types of characters. Maybe your character has to work for an evil corporation to get by, so they use mischief to make it look like they’re doing their job while actually sabotaging the company’s efforts. Corrupt bureaucrats, malicious monarchs, or anyone who’s both arrogant and powerful will do nicely.

Even if your over-candied character is likable, they can wreak havoc on a story by destroying all the tension. Tension is an essential source of entertainment, and every story should have it to some degree. For tension to operate, the audience has to be concerned that something bad could happen. If your character is so badass that they wipe the floor with every enemy, then the audience has nothing to be concerned about. Instead, they’ll probably get bored.

No matter how badass your main character is, ensure they have challenges worthy of them. Give them an evil twin if you have to. The more your protagonist struggles, the more exciting the conflict will be.

If you have a side character who solves problems with ease, then you have even more trouble on your hands. Your main character, whoever they are, has to not only struggle to solve problems but also determine the outcome of most conflicts through their success or failure. It’s hard to arrange that when they have a super powerful friend hanging out with them.

Over-candied characters often come with awkward scenes and moments that have no purpose other than glorifying them. To you, they may be fun, but to your audience, they’re likely to feel contrived and indulgent. Again, candy is fun in moderation. You’re looking for something that feels out of place, out of character, or is emphasized beyond what it should be.

One of the most common contrivances for candied characters is backstory reveals. This means revealing what cool or dramatic things your character has done in the past, such as previously working for the enemy, the origin of their blood feud with their rival, or that they are also the infamous thief who stole the crown jewels. This will stand out because backstory reveals are usually just a waste of words. Here’s when they actually work:

If your reveal doesn’t qualify as either of these, take it out.

Praise by other characters is another big one. People just don’t go around flattering each other all that often, so if you get several characters together just to talk about how awesome someone is, that won’t feel natural.

Last, if your candied character runs away, is injured, gets sick, dies, or appears to die and then all the other characters are super sad about it, you’re just delivering praise via another method. These events usually start either when another member of Team Good causes misfortune to the candied character or when the candied character makes a heroic stand to save everyone. If you have something like this, tone it down and distribute candy and spinach more evenly among Team Good.

When you’re having great fun with a character, it’s difficult to imagine how other people might see them. But you can still listen to what beta readers think of your characters and recognize common patterns. Once you’ve spotted one, fixing a candied character isn’t hard, just heartrending.

More in Candy and Spinach

Seven More Characters With Too Much Candy