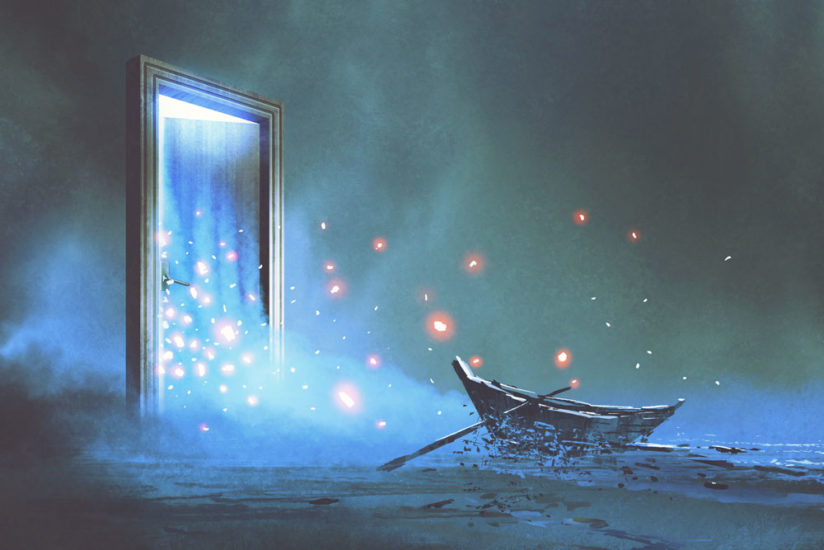 A mysterious atmosphere not only evokes the imagination but is also a prerequisite for both creep and wonder. However, creating a sense of mystery requires restraint. While many writers want their stories to feel mysterious, it’s easy to create a world that inherently isn’t mysterious and can’t be without large revisions to a manuscript.

What Creates Mystery – or Ruins It

Mysteries are about unanswered questions. The opposite of mysteriousness is something that is both fully understood and considered normal. We determine where things fall on this spectrum by:

Many speculative storytellers have trouble with this because in the world they’ve created, fantastical elements are commonplace and well understood by inhabitants. If every denizen of Fantasyland is waving a wand and using flashy effects to repair crockery and clean their rooms, magic will not be mysterious. In such settings, it’s not only mundane but also activated on command.

The same goes for anything in your setting that’s supernatural or futuristic. By default, anything created by conventional science is pretty well understood. That’s why science fiction stories aiming for a mysterious atmosphere often use alien technology. Scientists might also discover something they don’t understand and start using it prematurely.

Positioning a protagonist so they get to know something will dispel its mystery. This might happen once they get a good look at the monster that’s been lurking in the shadows or spend a week in the floating city. In some stories, that’s okay. The plot’s gotta move. Make it feel mysterious at first, then build tension and attachment to replace the novelty that’s lost.

This doesn’t mean that protagonists have to stay far away from anything mysterious or play no role in controlling it; there are just limits on how familiar or predictable something mysterious can be. You can help preserve mystery by:

You might be wondering if some magic, tech, or monsters in your world can be mysterious while others are well known. You can do this to some extent. However, if you want one particular dragon to be mysterious while other dragons are mundane, then being a dragon can’t be part of the mystery. That may be more or less important depending on what world elements should be mysterious. Alien tech can probably be mysterious even if advanced human tech isn’t; it’s the alien part that’s mysterious. But making some of your magic mundane will probably steal the thunder from any magic you want to feel mystical.

The less present something is in your story, the bigger the impression it’s capable of making when it appears. While this is important for anything with novelty, it’s particularly true for anything that’s supposed to be mysterious. The more exposure your audience has to it, the more familiar it becomes. This is why you can’t make your fantastical elements stand out simply by adding more of them.

Now that we’ve covered what mysteriousness requires, let’s talk about three of its manifestations.

While creep and wonder are opposites to a certain extent, that doesn’t mean they can’t go together in the same world. Once you’ve made parts of your settings mysterious, those mysterious elements could be good or bad. It’s also easy to make them appear good but actually be bad, or vice versa. Even so, consider whether your story should feel more creepy or wondrous as a whole; that will help you cater to the tastes of a specific audience. If your first book feels wondrous and your second creepy, you’ll lose some of your readers.

Monsters and villains are more scary when they’re unknown. A mysterious atmosphere therefore works well with horror, and creep is a big part of that. In a typical horror story, the threat is built up with a creepy atmosphere before anyone’s in mortal danger.

However, people can love creep without being interested in horror, and you don’t need death or gore to give your story a creepy atmosphere. You only need to give mysterious elements a few characteristics that feel remotely menacing. That includes:

The atmosphere will stay in creep territory as long as no immediate threat to a character’s safety is present. Once an immediate threat appears, the scene has gone beyond creep into horror.

Wonder works excellently for delivering wish fulfillment to audiences. So if you’re writing a portal fantasy where the relatable real-world protagonist is whisked away to a magical land, wonder is your friend. It’s also a great reward for adventurers who reach the far corners of the world.

Again, remember that the more you include wondrous elements, the less wondrous they become. So decide whether it’s something for your audience to experience when you first introduce fantastical elements to the story, or if you’ll hold it in reserve for special moments. Switching up the nature of your wondrous elements also helps keep them fresh. A dragon and a healing pool will compete with each other less than two dragons.

Because mysterious elements are inherently scarier than those that are well understood, it’s possible to create creep instead of wonder by accident. So make sure your wondrous elements are overtly beautiful, welcoming, or both. Things with a wondrous association include:

Remember to keep them mysterious. If your character is simply given some embroidered silk robes by a prince they meet, that may provide some wish fulfillment, but it won’t be wondrous.

The odd one out here, awe can accompany either creep or wonder. It makes an impression not by being good or bad, but through its sheer scope. It’s a great experience for readers, but it’s also tricky to pull off.

So what qualities can evoke awe?

Again, readers judge story elements relative to other story elements. So whatever you want to evoke awe should be a magnitude more impressive than everything else you’ve depicted so far. You might be able to get awe twice by making one thing gigantic and another ancient. However, if you try to impress your audience with how enormous something is and then describe something else as even bigger, it will probably either fall short, feel contrived, or both.

Once you’ve created a setting capable of mystery and added mysterious items and events to your story, the next step is describing them well. Without effective description, atmosphere falls flat.

For a mysterious atmosphere, all the standard tips about description apply. However, it’s especially useful to present things as more than they appear and create doubt about whether what the viewpoint character perceives is real. A good match for this is what I call evocative telling, in which the writer describes things that aren’t there.

Generally, it’s easiest to start with a transition such as “appeared as though,” “sounded like,” “seemed as though,” “as if,” “almost heard,” etc. Then use metaphors and imagery to paint a picture of something mystical happening just out of perception.

Describing things that are barely glimpsed also comes in handy. They could happen in the corner of the eye, be too far away to make out clearly, happen too fast to get a good look, be concealed by shadows, or fly in front of the sun or another bright light. While description should usually be specific, it’s okay to use vague terms to describe the appearance of something that’s only partially seen. It might be a “dark shape” or a “glowing figure.” Then supplement these vague descriptors by getting specific about the way it moved – slithering, skittering, bobbing – or where it went.

Last, something can be smelled, heard, or felt, but not seen. This may bring ghosts to mind, but not always. Instead of an invisible presence, the source could be hidden behind leaves or dwelling somewhere down the drain. Let the viewpoint character imagine what it might be.

If you’re adding a mysterious presence that will be revealed, make sure you have an explanation that fits all of your mysterious events. If the answer doesn’t fit the question, your audience will feel let down.

The flinching works particularly well because it brings up some important unanswered questions about this tomato plant. Is it sentient now?
Though that one’s been used a lot and has lost most of its novelty.

Comments on How to Create a Mysterious Atmosphere