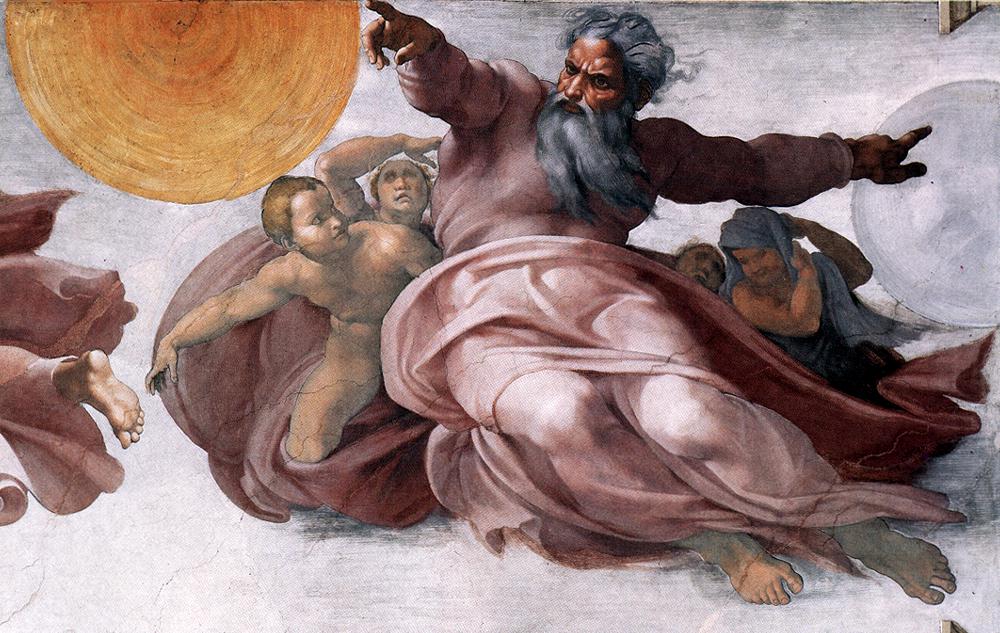 At first glance, the relationship between player and game master looks simple. The GM tells a story, and the players listen to that story, occasionally rolling dice when prompted. Of course, it’s much more complicated than that. There’s a delicate social contract between those sitting around the table, in which the players agree to give the GM some level of authority over them. Not only is the GM supposed to craft a story to play each week, but they’re also the ones generally tasked with organizing the game and resolving disputes at the the table. This requires a certain amount of power. The question is, how much?

All of the Power: The Absolute Game Master

For a long time, this was the unquestioned status quo. The GM handed down direction from on high, and the players scrambled to obey.* The story, when there was a story at all and not just an obstacle-filled dungeon, sprang fully formed from the GM’s brow.

Well, that was the theory, anyway. In reality, there’s always some give and take when human beings are involved, but power was stacked in the GM’s favor. Many popular games still take this approach, from D&D to the World of Darkness. The assumption is that what the GM says, goes, even if it’s in direct contradiction to the rules or what a player wants. Some games explicitly state this, while others implicitly assume it. These games have few if any rules governing the overall narrative, leaving the story completely in the GM’s hands.

The primary advantage of such a system is flexibility, and that’s not to be underestimated. GMs can craft whatever story they feel like and not worry about being held back by what the designer thought their game should look like. This can lead to some truly fantastic campaigns, if the GM has both the ambition and skill to pull them off. At the same time, players can still have a voice in the story. Good GMs will recognize that harnessing the creative power of those around them can only improve their story.

The downside is that with a lack of restriction comes a lack of support. GMs who don’t have a handle on every aspect of their game can be left flailing without a lifeline. Crafting a functional story is difficult, and this kind of system throws GMs into the deep end without checking to see if they can swim. It’s not just a problem for inexperienced GMs, either. Even the best and brightest game masters will slip up from time to time, and when they do, the entire game suffers.

Some of the Power: The Constitutional Game Master

As the idea of roleplaying games being more about storytelling than orc killing has gained popularity, many systems have incorporated rules for doing so. In these systems, the GM is still in charge, but there are some restrictions on what they should and shouldn’t do. The idea is that the designers can have some input on how the game is played, not just the underlying mechanics.

Most of these games embrace the idea that roleplaying games should be collaborative processes. The rules give players a greater voice in the story; they no longer have to depend on GM magnanimity for it. Players also bear a greater amount of responsibility. No longer are they passive recipients of entertainment, but active entertainers themselves.

When done correctly, these systems are a huge boon to the GM because they’re much easier to run. They provide a support structure for the little details so the GM can focus on what’s really important. Mouse Guard is a fantastic example of such a system. The narrative rules help the GM to build character focused stories about brave mice defending their homes from terrifying danger, and that’s exactly what the game should be. These systems also save on prep time, because the GM doesn’t have to start planning every session from scratch. For adult gamers with jobs and families, this can be a life saver.

At the same time, it’s very easy to get these games wrong. If the designers aren’t careful, they can end up with rules that restrict, rather than support. Burning Empires* has a scene building system that looks great on paper, but in reality, it paralyzes the GM’s ability to solve problems. Because the GM has so many rules restricting what they can do, they don’t have the authority to steer the game back on track when it starts to derail.

Also, contrary to what some designers might think, this type of system does not protect the game from a power-hungry game master. If a GM is out to get their players, the best solution is to avoid playing with them. Slapping a few restrictions on them will not help.

None of the Power: The Player’s Democracy

For some games, the idea of a GM guided by rules doesn’t go far enough. These systems hold the view that no player should be put above the others, and that the proletariat must seize the means of storytelling!* Some of them have no GM at all, while others put so many restrictions on the job that it’s hardly recognizable.

These games actually do protect the group from a bad GM, because no player has the authority to single-handedly ruin the game. Responsibility for the story is spread equally, or nearly equally, among every player at the table. These games tend to be very light on rules. What mechanics they do have focus almost entirely on big story decisions, rather than the little things, like how well your character can stab goblins in the face.

Games like Prime Time Adventures can be a breath of fresh air to players who have wanted more chances to contribute, and to GMs who are tired of doing so much of the work. In PTA, any player can narrate a scene for any other player to react to. If the group is properly tuned, this can result in a combination of brain power to create a fantastic story. Players are automatically invested in what’s happening because they helped make it. Everyone is an equal participant, and there’s none of the awkwardness that can arise from friends having authority over each other.

There is, of course, a flip side. Getting a group of people to coordinate on anything can be difficult, let alone something as delicate as a roleplaying narrative. Stories in this kind of system tend to have inconsistent pacing and a tone that fluctuates wildly. Player Tom will narrate a scene without knowing that it’s going to interfere with something Player Jane is planning. Then Player Jane will do her scene anyway, and suddenly the story is a mess.

Without a unifying voice, stories can get pulled in too many directions. One player might want a dark comedy, while another is more interested in serious drama. This can happen in a more traditional game too, but it’s much worse without a GM to reel everyone in. Players can’t always see the big picture, and so there’s the risk that they will do what they want even if it reduces the fun of other people at the table.

The decision of what model to use should be considered carefully by the entire group. Some groups, bursting with creative activity, will chafe if they are not all given an equal share in the story. Others only want to be entertained after a long week, and that’s an equally valid reason for playing. The GM’s view must be considered as well. Some GMs like having rules to fall back on, while others are only happy when they have complete authority. Groups should experiment until they figure out what model is right for them.

Yes, dance, puppets. DANCE!
Despite being made by the same people who made Mouse Guard.
Or something. My political metaphors are starting to fall apart.

Comments on How Much Power Should the GM Have?