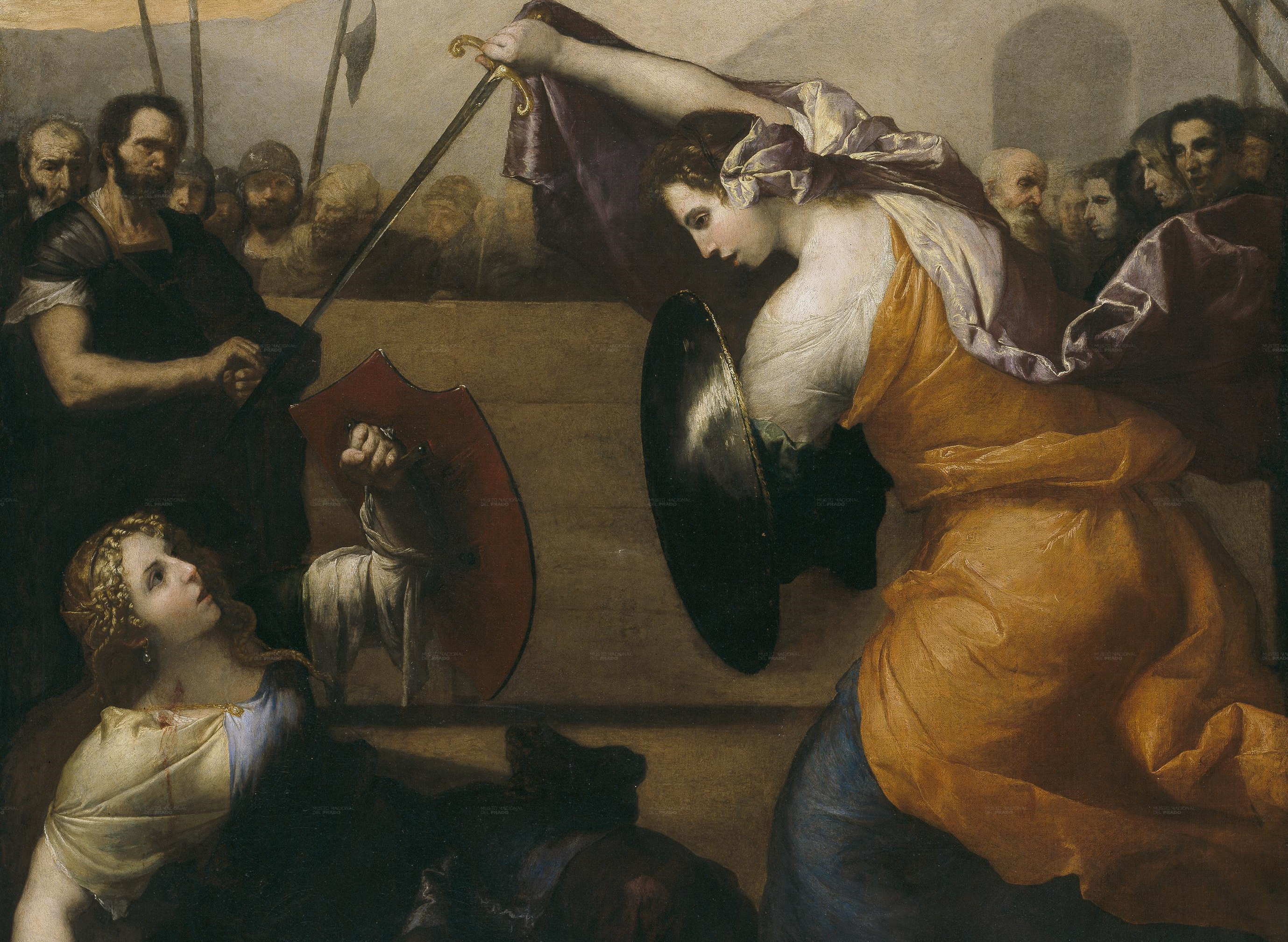 This is part 1 in the series: The Challenge of RPG Combat

If your RPG upbringing was anything like mine, you were taught from a young age that combat and story are eternally opposed to each other. You were raised to believe that players are either obsessed with combat to the point of ignoring the narrative or carefree roleplayers who would never deign to roll for initiative. “Combat” didn’t even have to mean physical violence. It referred to any extended conflict system, from Spycraft’s Chase rules to Burning Wheel’s Duel of Wits. It was all a power gamer’s dream, anathema to a good story.

But it doesn’t have to work that way; combat and narrative can coexist in peaceful harmony! In fact, combat can be a serious boon to a campaign’s story, provided it’s used the right way.

A dice roll’s most basic function is to provide a mechanical resolution to a narrative problem. Once dice are involved, the possibility of failure makes success far more satisfying. Players are much more likely to remember accomplishments if they have to roll for them.

But this simple dice mechanic has a problem: it’s difficult to make any roll stand out from the others. Narratively, the final battle has more weight than problems early in the story, but without mechanical backing, that contrast starts to fade. GMs can try to address this by giving more important rolls higher difficulties, but difficulty can only go so high before it becomes untenable. Likewise, the GM can call for multiple rolls to resolve important problems, but that becomes redundant fast.

Combat provides a powerful solution. When a problem is expanded from a signal roll to more involved combat rules, it sticks in the players’ minds. Combat allows for the back and forth that any good climax should have. It’s no simple matter to ratify the peace treaty in parliament; the PCs have to trade barbs with the war hawks and fight for every concession. To be sure, a really skilled GM can accomplish the same thing with description, but not all of us are so gifted.

This use of combat depends on contrast. If most problems are resolved with a single roll, then a full combat here and there really sticks out. If combat is used for everything, that contrast will fade. Fortunately, this isn’t a huge risk in most cases, since even the best combat systems take enough time that using them for everything is impractical.*

Narrative agency is critical to creating a strong story. A good GM listens to what players want and says yes whenever possible, incorporating those actions into a greater whole. But even with a skilled game master, players are far more limited when it comes to mechanical agency. They might be able to spend meta currency or get a bonus from their fellow PCs, but when it comes to a single roll, the player usually just has to pick up the dice and hope for the best.

Combat gives players a greater level of mechanical control. They have an objective and multiple ways to accomplish it. They can choose to play aggressively or take the cautious route, and they can choose which skills to bring to bear. In some systems, they even change what their objective is midway through the combat.

Players with agency are more likely to invest in the story because they have a hand in shaping it. The story isn’t just something they’re handed by the GM; it’s a group creation. What’s more, combat offers a safe and convenient arena for those choices to play out. Since most combat systems are self-contained, players can fully take over the driver’s seat without the risk of crashing the whole campaign into a mountain. At the same time, the different choices have all been created ahead of time, so the GM doesn’t have to spend precious energy thinking up options in the moment.

Once players are invested in the combat’s outcome, they’ll care more about the story it’s part of. This kind of energy is priceless for GMs because it keeps everyone active and roleplaying, even through occasional dull patches.

Beyond granting extra agency, well-designed combat systems are simply fun. There are no obvious choices for victory, so the players have to really think about their options and then decide what the best choices are. You might recognize this as the same reason people play board games: it’s fun to strategize and win!

However, there’s a reason to use purpose-built RPG combat systems rather than pausing your campaign to play Settlers of Catan for a while. In an RPG, the players finally get to make full use of all the gear and abilities they’ve accumulated since character creation. Did they pick up a jeweled fan that makes courtiers stop and stare? Time to use that in their oratory contest. Maybe they just learned a sword trick that lets them easily disarm an opponent. Now they get to strut their stuff.

This is where the divide between narrative and combat most often rears its ugly head. How can players who are concerned with using their gear and abilities to win a combat possibly become interested in the story? The key is that they’re using mechanical aspects of their characters, and their characters are part of the story. Since it’s certainly story-relevant when Luke Skywalker uses his piloting abilities to destroy the Death Star, then it can also be relevant in an RPG where the PCs drive their sandskimmer to victory in the Wasteland Derby.

So long as the combat is relevant to the story, the players’ tactics will be too. This is true even when the players are 100% engrossed in the mechanics and couldn’t give a toss about the campaign’s plot. By giving them combat goals that move the plot forward, the GM can turn all that tactical energy toward narrative ends.

Perhaps the greatest draw of RPGs as a storytelling medium is that no one knows for certain what is going to happen. The GM usually has a general plan, but that plan must be kept vague to respond to whatever the PCs throw at it. Even so, there’s a limit to human creativity, and few GMs can produce twists at the rate their players might prefer. Some systems try to force the GM to be more creative, like Edge of the Empire with its unusual dice mechanic, but in most cases, this just stretches the GM’s already-limited creativity.

Combat is a major boon in this department. The rules have codified effects for unusual die results, allowing the GM to relax for a moment as the burden of creating unpredictable twists is temporarily taken off their shoulders. No one was planning for PC Tanya to drop their sword while dueling the villain, but that’s what the dice say, so now Tanya has to deal with it. And if you thought that was surprising, just wait until PC Alex’s sleep spell misfires and summons a sheep-demon.

These twists have a special zing to them because they weren’t decided on by any human mind, but by impartial rules. They make for great anecdotes to share with friends, but more importantly, they make the game feel alive, like anything could happen. That kind of suspense keeps players on the edge of their seats, paying close attention and wondering what might be around the next corner.

Of course, most games don’t want too much unpredictability because that makes it impossible to tell a coherent story. But in moderation, these twists can liven up a session that might otherwise have gone by completely unremarked.

So if combat is so useful to RPG storytelling, why does it have such a bad reputation? Have roleplayers simply been wrong all this time, unjustly laying problems at combat’s feet? No, no, they have not. The sad truth is that despite all of combat’s potential, the vast majority of combat systems don’t work properly and are a drain on any story. I’ll explain why next week in part two of this series: Why RPG Combat Is Broken.

I’m looking at you, Anima Prime.

Comments on How RPG Combat Can Help the Story