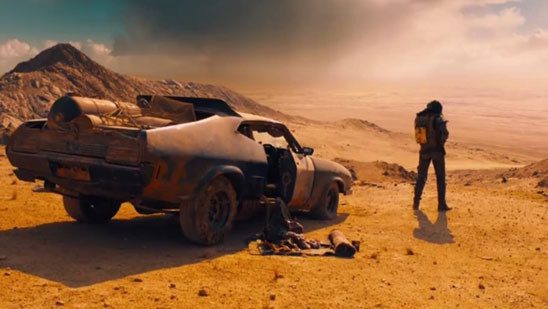 The opening of Mad Max features intriguing details about the world and supporting protagonist.

Most of us know it’s better to jump into the action right when our story opens, but that’s more easily said than done. Sometimes the main conflict requires setup or the main character’s arc needs the context of their day-to-day life. How do you implement a slow buildup without making your beginning boring? Consider these four tactics.

1. Foreshadow With a Different Point of View 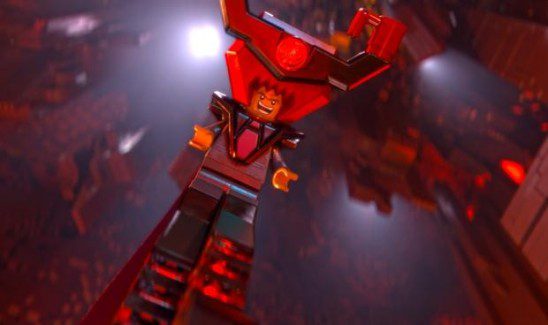 The Lego Movie opens by introducing the nefarious Lord Business.

If the big conflict is already in the works but the main character isn’t involved yet, you can start with a scene from the point of view of someone who’s right in the action. Even if the war hasn’t started, you can use the viewpoint of your villain or your villain’s flunky to discuss all their evil plans. This foreshadowing tactic tells your audience there will be action soon and asks them to wait for it.

It’s a popular technique that works well in movies and for narrated cutscenes at the beginning of games. Unfortunately, some caution is needed when using it for prose work. In prose, the beginning point of view character is usually the main character, and changing that can be confusing to readers. To control the damage:

After you switch to the main character’s viewpoint, don’t let your audience wait so long they think the problem’s disappeared. If you can’t include relevant action in your first act, follow up with more foreshadowing.

2. Foreshadow With a Flashforward 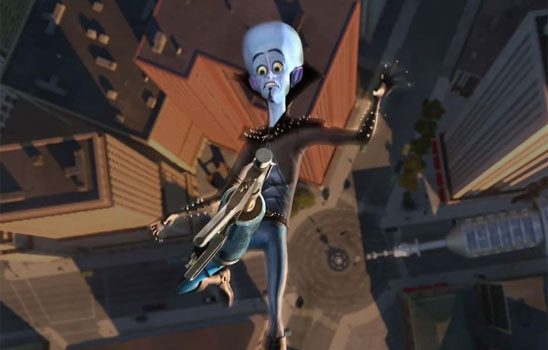 Megamind opens with the titular character falling to his doom.

Use an exciting moment from later in your work. In particular, it should be a moment when your character is in big trouble, and preferably in puzzling and outlandish circumstances. Opening your work from this moment not only promises your audience that action is coming but also invokes curiosity regarding how that situation happened. Then before the conflict is resolved in the future scene, take the audience back to your real beginning.

The downside is that opening your work this way can be disorienting for the audience. They are thrust into a tense situation without context, then transported back to a different point in the plot. To reduce confusion, some heavy-handed explanation is in order. Even movies will use narration to tell the audience what’s happening in a flash forward. You want a voice that says, “How did I get myself in this utter pickle? It all started when I agreed to look after my neighbor’s goldfish.”

This type of narration generally works well with humor, because it contains a great deal of self-awareness. But it can be used in a serious work; check out the film 12 Monkeys for an example.

3. Start With Conflict of Another Kind Before Bastian runs into the book titled The NeverEnding Story, he is given a lecture by his dad and jumps into a garbage bin to hide from bullies. The movie returns to both of these threads later.

Even if your main conflict hasn’t arrived, you can still manufacture some unrelated conflict to keep your audience entertained while they wait. However, you should create conflict with as much meaning and relevance to your story as you can.

In many cases, this is where the protagonist’s character arc will come in. Even though the main conflict might be an epic battle between good and evil, often it’s the hero’s arc that binds the story together from start to finish. Many family movies start with the child hero being bullied, proceed with the hero struggling against and ultimately defeating evil, and last show the hero returning to their normal life and defeating the bullies.

Your opening conflict should also set the tone of your story, establish the personality of your protagonist, and describe the world. It might symbolically represent the larger conflict that’s coming. If your big conflict boils down to trust and treason, your opening conflict might involve your main character deciding if they can trust someone regarding something that’s important to them. 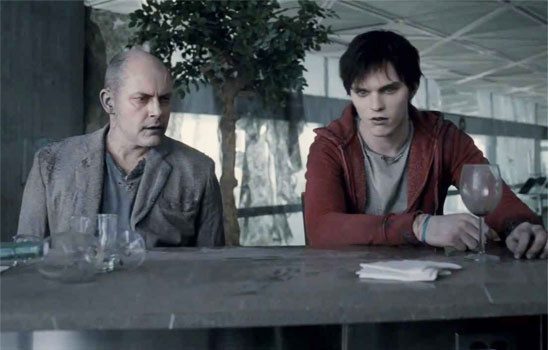 In Warm Bodies, the main character is a zombie. The movie opens with him narrating about his daily life.

If you can’t begin your story with action, the best thing you can do is make your opening as interesting as possible. That boils down to novelty.

To replace beginning conflict with novelty, your story will need a world or concept that’s unique. If your hero is a fire spirit living in a volcano, and every day they jump out of the mountain to scare the nearby villagers, then okay, that’s interesting enough. If your world is a battle arena in a water droplet, or your main characters are nebulae complaining about the stars inside them, then your audience is unlikely to get bored right away.

If your world is intriguing but not outlandish, then clever narration is the key. If you are writing prose work, opening with an omniscient perspective lets you choose the most interesting details to highlight, without worrying how they fit into a character’s thoughts. For great examples, read some books by Terry Pratchett.

The beginning is a dangerous time for a story, because the audience is the least informed and the least engaged. A great opening establishes everything the audience must know while drawing them relentlessly into the story. If that can’t be done with the main conflict, then use one of these four tricks.