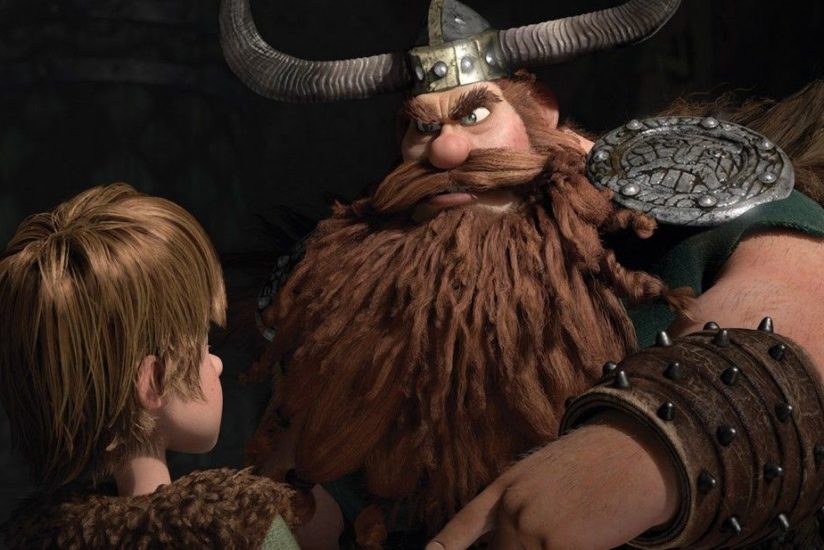 An important part of writing a compelling hero is creating believable change. Change is what drives your character arcs, sparks interesting conflicts, and creates cathartic stories your readers will remember.

However, the key word here is “believable.” Change shouldn’t happen out of nowhere. Instead, it should result from lessons your protagonist learns throughout their journey.

So, how do you actually teach your protagonist these lessons and create this kind of believable change? While there are many methods, one that’s particularly useful is having the hero learn from other characters. Let’s review four types of supporting characters that can help your hero change.

First on our list, the mentor equips your hero with the tools, knowledge, and wisdom needed to face the conflicts of their story. An elderly mage might teach a young witch about the danger of letting grief poison her magic, or a respected commander might warn their crew to keep a clear head in battle. Whatever the mentor looks like, their guidance is the most direct way to communicate lessons to your hero, often by literally telling them what they need to learn.

Of course, the mentor shouldn’t be a magic bullet, nor should they constantly dissuade your hero from pursuing their own goals—misguided or not! Heroes often resist the mentor’s lessons, especially when those lessons conflict with their own beliefs. Likewise, the mentor shouldn’t have all the answers, and if they do, there should be some clear reason why they can’t give them away. While the mentor might plant ideas in the hero’s mind, the hero’s final transformation should be because of their own interpretation of the mentor’s guidance. Otherwise, any changes will feel unearned.

A classic example of a mentor is Gandalf in The Hobbit and The Lord of the Rings.

Obviously, Gandalf is a character steeped in trope, but it’s undeniable that he makes for an excellent mentor! He provides regular guidance and encouragement, but Tolkien is careful to limit his influence. When our heroes get into trouble, Gandalf isn’t always around to protect them from themselves.

An example of Gandalf’s mentorship comes when he warns Frodo to show mercy to Gollum in The Fellowship of the Ring. After Frodo says Gollum should have been killed long ago, Gandalf replies: “Many that live deserve death. Some that die deserve life. Can you give it to them, Frodo? Do not be too eager to deal out death in judgment. Even the very wise cannot see all ends.” This warning encourages Frodo to spare Gollum’s life later in the trilogy—though the final decision is all his. Thanks to his choice, Gollum is the one who ultimately dies at Mount Doom, allowing Frodo to live.

Next up, the traitor teaches your hero important lessons not through direct guidance, but by turning their world upside down. Here, your protagonist believes the traitor is a friend (or possibly even a mentor), only to find out they’ve been deceived. As a result, your hero is unsure if their world and relationships are really what they seem. This triggers a period of self-reflection, forcing your hero to reassess their journey while also pushing them to learn valuable lessons.

Think of it this way: If your hero has been following the guidance of a dear friend, their entire journey is wrapped up in that relationship. This friend has shaped their goals and influenced the way they see the world around them. If this relationship turns out to be fraudulent, it’s easy to see how everything else your hero believes will be called into question.

However, not all traitors work in this role by default.

Many traitors plan your hero’s demise from the start, whereas others truly want to support your hero, but end up putting their own needs first. Either of these situations can trigger the kind of self-reflection you’re looking for—but only if their relationship with the hero is strong. In order to affect your hero, they need to believe this person is on their side and feel loyalty toward them. Above all, they need to trust them.

As an example, let’s look at Tobias Beckett from Solo.

Though Tobias starts out as a prickly character, he quickly takes Han under his wing, and it isn’t long before they develop something of a father-son relationship. Han trusts Tobias and values his judgment, so when Tobias ends up betraying him and throwing his goals into jeopardy, Han is understandably shaken.

All of this results in a powerful lesson for Han: trust no one. Tobias has warned Han that everyone has their own motives, but it isn’t until Han realizes Tobias plans to betray him that this warning finally sinks in. Ultimately, Han gains the upper hand thanks to this lesson, but it still leaves a deep scar that changes him as a person.

A foil character is someone who shares the same flaws, roles, or beliefs as your hero, but they’re twisted in interesting ways.

For instance, if your hero believes “might makes right,” they might avoid those in power out of resentment or fear, well aware of how the powerful take advantage of people like them. Meanwhile, their foil would believe the same thing but would take it in a different direction. Rather than shy away from those in power, they would embrace them, seeking to gain a higher status for themselves in order to rise to the top.

So how does this teach your hero about themself or their world?

Well, the foil is basically a mirror, reflecting your hero’s traits back at them. This allows them to see a part of themself play out in another character. As that character fails or follows a dangerous path, they will push your hero to question who they are as well. After all, since they’re undeniably similar, is your hero really right? Whether the answer is yes or no, it’s this self-reflection that will teach your hero important lessons about who they want to be and why.

This plays out almost perfectly in Studio Ghibli’s Nausicaä of the Valley of the Wind.

In this movie, Nausicaä is the beloved princess of the Valley of the Wind, while Princess Kushana is the respected ruler of a neighboring kingdom. Both characters are leaders, and both are fighting to protect their people. However, Nausicaä does this through peace and diplomacy, while Kushana protects through violence.

This is where Kushana becomes a foil to Nausicaä. As she watches Kushana’s plans become increasingly destructive, Nausicaä is forced to reflect on her own desire to protect her people. Kushana makes a strong case for why violence is the only way to ensure true peace. Fortunately, Nausicaä rejects Kushana’s beliefs, instead accepting that her methods are right for her people. The lesson she learns is that peace is the harder option, but that it’s still the right option—thus reinforcing her flat character arc.

Finally, the guardian is a character who blocks your hero from achieving their goals until they can prove they’ve learned an important lesson.

Of course, this isn’t limited to just testing your hero!

Alongside testing them, the guardian also forces them to grow and learn. Some guardians do this on purpose as a kind of tough love, while others genuinely want to stop your hero’s progress. Either way, the guardian steers your hero toward an important lesson, because they can’t overcome the guardian until they learn it.

For example, take DreamWorks’ How to Train Your Dragon. In this movie, our hero, Hiccup, believes he’s too much of a pushover to be a proper Viking. This is only made worse by his father, Stoic, who constantly pushes him to be more aggressive and assertive. Unfortunately, rather than build Hiccup up, this makes him increasingly timid. He fears he’ll never live up to his father’s expectations, and that pressure leaves him isolated and unhappy.

Right away, you can probably guess that Stoic functions as Hiccup’s guardian, and you’re right! However, Stoic doesn’t teach Hiccup the lesson you might expect. Instead, Hiccup and Stoic clash until the very end of the movie, when Hiccup learns to stand up for himself even in the face of his father’s disapproval. By embracing the lesson that being different isn’t bad, he’s able to gain Stoic’s respect for the first time, thus proving that this lesson was the right one.

Ultimately, your hero must be an active player in your story, meaning they need to learn and grow through their own experiences and trials. While these supporting characters are a great way to teach your hero important lessons, your hero is still responsible for how they apply those lessons.

So, make sure you’re giving your hero strong motivations, goals, and plans of their own! Combine that with a guiding hand from characters like these, and you’re well on your way to creating the kind of believable change readers rave about.

Comments on Four Supporting Characters Your Hero Can Learn From