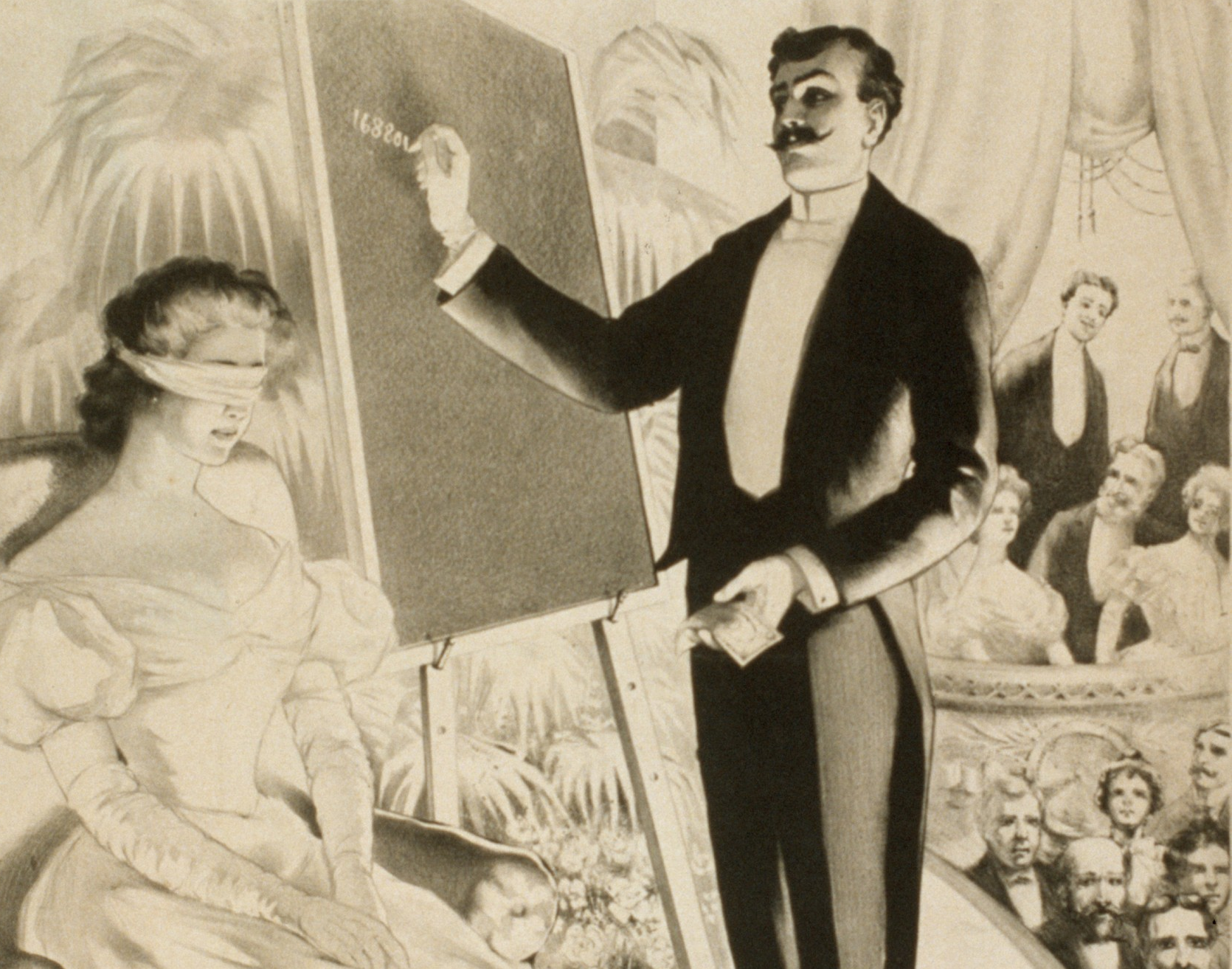 In video-game design, the concept of “hidden mechanics” is well documented. It refers to all those times a game uses illusion and sleight of hand to improve player experience. Did you know most platformers give you a grace period after you’ve stepped off a ledge when you can still jump?* Or that when a game says you have a 50% chance of hitting an enemy, what it’s often doing is letting you hit about every other attack instead of actually playing 50% odds?

It turns out there’s something similar in tabletop roleplaying games, though it comes from the game master rather than the rules. Without any formal agreement, GMs everywhere have realized that certain elements of their game will be more fun if they’re not 100% honest with their players. Don’t worry, this is the same kind of dishonesty employed by a stage magician: illusions in service of a better show.

If you were being 100% realistic and by the book in most investigation games, the PCs would only find something that you planned for them to find. It shouldn’t matter how well they roll or how determined they are. Rolling a critical success while undertaking a 14-point plan for searching an empty house should only make them really sure the house is empty.

But be honest, how many of you actually play that way? In reality, many GMs will create new content for their players to find, either to reward high rolls or to encourage greater involvement. This is a very practical option that improves most games. When players roll well, they expect their characters to get something good out of it. It’s disheartening for a player to watch the dice give a perfect result, only to be told they still didn’t find anything.

It’s even more important to create content when players start investigating the wrong track. For some reason, they latched onto that empty house, even if you didn’t mean for them to. They’re engaged with your story, and that’s something too precious to waste. Either give them something to guide them back to your original path or open up an entire new plot. What’s important is that their efforts be rewarded.

Yet you must take pains to maintain the illusion that the thing was there all along. Many players derive a lot of enjoyment from puzzling out mysteries, and telling them the answer will be wherever they happen to look isn’t satisfying. To be clear, you aren’t covering for their lack of sleuthing skills. It’s almost certain that something you said indicated the empty house was related to the mystery, and they’re following your lead. You’re just smoothing over the differences between your original reality and the new reality your players have helped create.

2. Offering Choices With the Same Outcome

In roleplaying games, you employ this technique when you want the players to be engaged, but you also need a predetermined outcome. It’s particularly useful in flashbacks or any other scene that takes place outside of linear chronology. These scenes can be really useful for illuminating PC backstory, foreshadowing events, or dramatic reveals. You want the players engaged in these scenes, so it’s not just a long bout of narration, but you can’t have them violating the timeline.

The magician’s choice is best used in situations where the necessary outcome has already been described, and changing it would damage your story’s continuity. However, you can also employ it for plot points that have not yet been resolved, if you really need a specific ending. This should be something vital for the group’s enjoyment; otherwise you’re just railroading the players, and that’s no good. You might use the magician’s choice to prevent one player from killing another player’s arch nemesis, but not to decide if a player gets the +1 sword they’re after.

It’s important to maintain this illusion for the same reason you don’t want to just narrate flashbacks: player engagement. For most players to get really involved in a scene, they have to feel free to make whatever choices they like. That freedom is hampered if they know the results are predetermined, even if it’s for a good reason.

3. Calling for a Cosmetic Roll

Let’s say you’re playing a horrific game of Delta Green, and one of your PCs announces they will pull a hidden pistol and shoot the cult leader at point-blank range. As the GM, you know the cult leader is immune to bullets because of the extra-dimensional being living inside them. The PC’s attack is doomed to failure before it begins.

Now, you could simply narrate that the bullets have no effect. That’ll get the job done. Or you could call for a roll anyway, but the results will be the same either way. The PC’s not going to miss at point-blank range after all, so either failure or success will result in the cult leader being riddled full of lead, only to to grin as their flesh closes over the deadly slugs.

At first, that might sound like a pointless roll, but it serves an important purpose: building a greater impact. First there’s a tense pause as your player reaches for the dice, then the raise in tension as the dice come up a success or failure, and then excitement as you subvert expectations. The player was expecting to either miss or kill the cult leader, but instead they’ve revealed some of the leader’s true power.

In situations like this, both failure and success feel appropriate. A successful roll feels right because the PC did hit their target, and a failed roll feels right because they weren’t able to kill it. The critical thing to remember is you should never use a cosmetic roll to subvert stated intent. If the player had said “I’m going to kill the cult leader with my gun” instead of “I pull my gun and shoot the cult leader,” then a cosmetic roll would have only lead to frustration and distrust.

Cosmetic rolls are especially valuable in horror and survival games, when the players view events nearly entirely from their character’s perspective. It reinforces that they don’t always know what’s going to happen next and helps with pacing by inserting a small pause to roll dice before the big reveal.

The best GMing advice I’ve ever seen from a published book was in the first edition of Legend of the Five Rings, and I’ll never forget it. Paraphrased, it describes how most players want not just to win the boss fight, but to win it by the skin of their teeth. They want the fight to feel like it could have gone either way, like they won against all odds.

Over and over, I have found this advice proven true. Players are far more satisfied by a close fight than by one they easily won in the first round. In retrospect, perhaps this should have been obvious, since that’s how boss battles in scripted stories almost always go. Players want to make the one-in-a-million shot that saves the day or lead the heroic charge that defeats the dark horde the same way their fictional heroes do.

But there’s a problem: if a boss fight is against all odds, then the PCs should lose most of the time. Obviously, that’s not going to work. You can’t run a campaign with everyone making new characters after each boss fight. Even if you avoid lethal consequences, most players won’t enjoy constantly losing, no matter how cool and powerful their opponents are.

And so you take up the most time-honored of GMing traditions: making a fight seem more difficult than it actually is. You can do this a number of ways. If the PCs can’t see what stats an enemy is packing, you can nudge them so they don’t quite match the fearsome exterior. Or you can give the boss properly deadly stats but make non-optimal tactical choices once the battle has begun. You can make sure the PCs’ allies show up at the most critical moment or describe a previously unseen weak spot when all seems lost. In dire situations, you can even fudge the villain’s rolls to prevent a wipe.

It’s important that you’re not obvious. This doesn’t mean you have to run your boss fight like a CIA operation, with intense security measures to keep the players from finding out what’s going on. Most players will understand on some level that there’s a trick at play, especially if they’ve GMed before. Instead, you must keep your illusion plausible enough that the players can suspend their disbelief. No one will believe a building-sized earth golem deals only 1d6 of damage. But they’ll be happy to believe the construct missed them by inches, and they only took light damage from flying debris.

The purpose of GM illusions is to foster enjoyment at the table. They are not to make you feel clever for getting one over on your players. If you’re ever tempted to use these illusions for evil, remember that like a stage magician’s trick, they only work because the players want them to work. Turning to the dark side will mean your tricks are exposed for what they are.