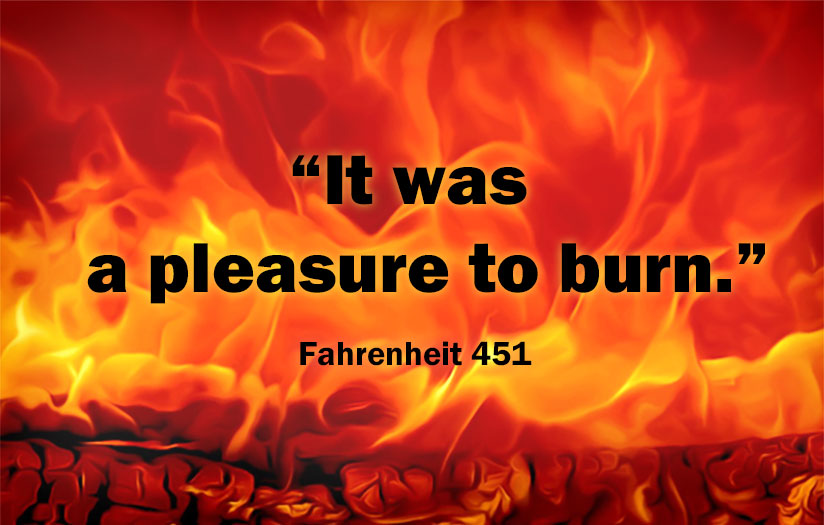 The perfect opening line embodies the magic of authorial voice, blended with heartfelt experience, stirred with striking prose, shaken with a mysterious essence beyond our comprehension, then poured carefully over ice.

Just kidding. Effective opening lines perform a handful of functions that are surprisingly straightforward. Get to know these functions, and you’ll start recognizing them in famous first lines yourself. Then, you’re only a step away from creating amazing opening lines for your own stories.

You probably already know that conflict keeps the reader entertained, and it’s the main ingredient in an effective story hook. So it should be no surprise that most famous first lines have conflict.

“Someone must have slandered Josef K., for one morning, without having done anything truly wrong, he was arrested.” — The Trial by Franz Kafka

While lines like the one above throw the reader right into a conflict, that can make it difficult for writers to set up the story. It’s more common for strong first lines to foreshadow problems on their way.

“Blue Sargent had forgotten how many times she’d been told that she would kill her true love.” — The Raven Boys by Maggie Stiefvater

Many famous lines also declare that a conflict has already occurred. The narrator might even describe their own death. Readers will expect the writer to tell them more about this event or at least show its repercussions. As fancy as it sounds, it’s just another way of foreshadowing.

For a subtler touch, the writer might leave overt foreshadowing out but use symbolism to create an ominous mood.

“It was a bright cold day in April, and the clocks were striking thirteen.” — 1984 by George Orwell

If your opening line mentions a problem of some kind, it probably has conflict.

Most excellent opening lines have odd or counterintuitive statements that beg for explanation.

“All children, except one, grow up.” — Peter Pan and Wendy by J.M. Barrie

This opening from Peter Pan will make readers think, “There’s a child somewhere that doesn’t grow up? In heaven’s name, who?”

“Monday morning when I answered the door there were twenty-one new real estate agents there, all in horrible polyester gold jackets.” — The Hacker and The Ants, Version 2.0 by Rudy Rucker

Why in the world would 21 real estate agents in tacky, matching jackets show up at someone’s door?

If the question-raising statement is about a conflict, that just makes it better. This line introduces an unusual problem.

“We went to the moon to have fun, but the moon turned out to completely suck.” — Feed by M.T. Anderson

The opening line might also introduce a contradiction, making the readers scratch their heads as to how that is possible.

Sometimes first lines stand apart because they establish the mood with creative wordcraft and vivid imagery.

“The sky above the port was the color of television, tuned to a dead channel.” — Neuromancer by William Gibson

Above, Gibson establishes an ominous atmosphere with tech-filled imagery, perfect for the story that’s about to unfold.*

“A merry little surge of electricity piped by automatic alarm from the mood organ beside his bed awakened Rick Deckard.” — Do Androids Dream of Electric Sheep? by Philip K. Dick

In Dick’s opening line, the merry surge of electricity and the mood organ blend the mechanical and emotional, setting the scene for artificial intelligence.

“Far out in the uncharted backwaters of the unfashionable end of the Western Spiral arm of the Galaxy lies a small unregarded yellow sun. Orbiting this at a distance of roughly ninety-eight million miles is an utterly insignificant little blue-green planet whose ape-descended life forms are so amazingly primitive that they still think digital watches are a pretty neat idea.” — Hitchhiker’s Guide to the Galaxy by Douglas Adams

Adams takes two sentences to warm up, but this is a great example of establishing mood. He humorously depicts humans as remote and backwards rather than the center of the galaxy as we’d all like to think.

Openings like these are hard to pull off. Rather than banking on interesting atmosphere to carry your first line, I recommend finding a mood and personality for your entire work and letting those color the strong lines you already have.

An opening line doesn’t have to introduce the main character to be effective. But if it does, the story gains a head start building rapport between the reader and the hero. That will keep the reader engaged until the end.

“At the end, the bottom, the very worst of it, with the world afire and hell’s flamewinged angels calling him by name, Lee Crane blamed himself.” — Voyage to the Bottom of the Sea by Theodore Sturgeon

Along with providing a boatload of conflict, this suggests Lee is in danger from hell’s angels and that he feels responsible for all the chaos. Now we must know how Lee could have caused such a catastrophe, and since he’s facing an uphill battle, we’ll probably cheer for him, too.

This provokes curiosity about the protagonist, so readers will pay attention when the hero is described and hopefully become attached to him.

Ishmael is a character from Genesis that is banished to wander the desert (hey look, there’s conflict). The narrator doesn’t say his name is Ishmael; he tells readers to call him Ishmael. He’s choosing to use that name instead of his own. This raises questions and implies a lot about the character and his situation.*

Opening lines are distinguished by what they imply, not by what they state outright. The less they explain, the more there is for the reader to wonder about.

“It was a pleasure to burn.” — Fahrenheit 451 by Ray Bradbury

In six words, Bradbury suggests conflict via burning, makes a provocative statement that burning is pleasurable, and describes the protagonist’s outlook at the beginning of his tale.

If your opening line is this evocative, you’ve got a winner.

Unfortunately, those born after dead television channels went away don’t understand this line as well. Culture and technology are moving targets.
Unfortunately, not everyone is familiar with the biblical reference Melville relies on. I wouldn’t recommend reducing your potential audience that way, but clearly it paid off in this case.