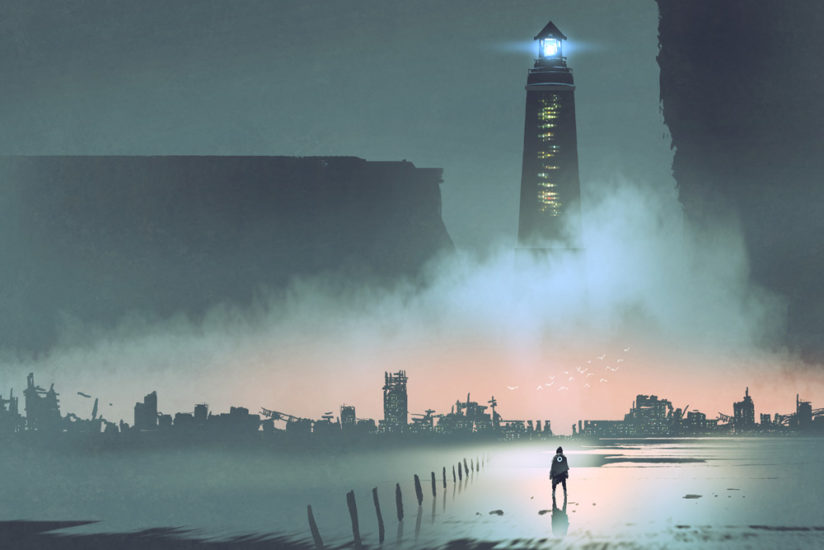 Most often, writers underestimate how complicated storytelling is and need to think about it a little harder. But there’s one place where writers often go too far and need to take a step back: foreshadowing. Many writers think they have to work harder at foreshadowing upcoming reveals than they really do. Let’s fix that by covering what events require foreshadowing and how much they need.

What We Need to Foreshadow

When I wrote on the basics of foreshadowing, I mentioned its two purposes: raising tension and making future events believable. The former is something you do at your discretion to remedy slow spots in your story. We’re not covering that this time. Instead, we’re focusing on the latter. You want to make sure something that happens feels like it fits instead of coming out of the blue.

Things that often need foreshadowing include:

How Rigorous It Needs to Be

Once you’ve identified something that needs foreshadowing, it’s time to put it in a category based on just how specific that foreshadowing needs to be. Ask yourself this: During this story, will a protagonist guess the answer before it’s obvious?

A protagonist guess is usually done as a hidden plan or clever deduction turning point. That means they’ll be in the middle of a conflict when they realize (or reveal they already know) who the villain is, which weapon or tactic will defeat the monster, or the answer to the mystery they’ve been trying to solve. Then the hero uses this insight to win the conflict, creating a satisfying victory.

For a protagonist to do this, you have to put in enough clues that it’s realistic for them to guess something very specific, but not so many that guessing feels easy. That level of foreshadowing can be tricky, and in many cases it’s unnecessary.

Often, a reveal isn’t something that a protagonist figures out, but something that they either discover or are told. So for instance, if a sidekick is really the secret villain, that might be revealed when they betray the hero, creating a tense plot twist. Similarly, a side character might reward the hero for a good deed by telling them about the monster’s secret weakness.

If you aim for a higher level of foreshadowing than you need, it’s possible you’ll get great results. However, this also has many downsides.

To avoid these problems, let’s go over the easy method of foreshadowing reveals.

Writers tend to approach foreshadowing by looking at the details of their reveals and finding ways to mention or hint at all the parts involved. For instance, let’s go back to the sidekick who’s secretly the villain. Let’s say she wants revenge on the space parliament, and she’s been launching cyberattacks that have been compromising the parliament’s security.

When foreshadowing this, many writers would look at those details and insert clues that are very specific to the answer. To show that she’s secretly evil and wants revenge on the council, she could be mean to some people and glare at council members. To foreshadow that she’s been doing cyberattacks, she might talk about hacking or hang around powerful computers looking suspicious.

Instead of specific clues that point and shout at this character, you only need to create a general context that makes the reveal fit in with what readers already know.

If a hero accused their sidekick of being the villain with only these details to go on, it would feel pretty unfounded. But if that sidekick is going to suddenly betray the protagonist, this is enough.

Let’s do another one. Your protagonist is a commander who will be leading a battle to hold back dark forces. However, this battle is actually a blood sacrifice that feeds the dark ones. If you’re thinking about how to specifically hint that this battle is a ritual, you might send along a high-ranking priest who makes mysterious requests and has to be obeyed without question. That could be a good step if you want your commander to guess what’s happening ahead, but otherwise you don’t need to plant such a big red flag over the mission.

Instead, consider what would make this battle being a blood sacrifice plausible.

You may find that your simple reveals are already plausible without doing anything. If you have a character who never drinks, you have what you need to reveal a tragic backstory where they killed a stranger after driving home drunk. On the other hand, if their spouse died in the accident, that means the character has a dead spouse. If the readers have spent a lot of time with the character, they’ll expect to have seen some sign of that.

Now let’s say you do want your protagonist to jump to the right answer. What’s the best way to do that? Start by making the reveal plausible, like for other reveals. Then add one more clue that moves it from plausible to guessable.

For a clever deduction turning point, give your character the final clue at the last minute, during the conflict. They might observe something new while they struggle, or perhaps an antagonist says something that tips the protagonist off. A turning point like this creates lots of tension, because the character will be genuinely struggling and failing before they have their realization. Then receiving the clue during the conflict provides an easy explanation for why they have their realization at that moment.

On the other hand, a hidden-plan turning point means the protagonist has already caught onto the reveal and made a secret plan based on it, but you’ve concealed that from your audience. In this case, the final clue must be delivered ahead. Writers like hidden plans because they give the protagonist candy. However, they have some significant downsides. Since everything is actually going according to the protagonist’s plan, it’s harder to create tension while keeping them in character. Hiding things from the audience can also feel forced or disingenuous, and delivering the clue ahead means the audience has more time to guess the reveal. If you instead reveal the final clue with the hidden plan, the audience will feel cheated.

You might have noticed that even with guessable reveals, I haven’t been recommending that you give your readers an extended opportunity to examine the clues and guess for themselves. In some situations, such as in the mystery genre, the audience may want the opportunity to solve the mystery before it’s revealed. However, even the Sherlock Holmes stories have rarely managed to keep the mystery a surprise while playing fair with the audience. Instead, concealed information or dubious leaps of logic are often used.

If you want your mystery to be solvable by the audience well ahead of the reveal, I won’t tell you not to try. However, I don’t recommend attempting it unless that’s something you’re passionate about.

Sometimes whether you need to foreshadow depends on what readers would expect to already know about your world and characters. That can be tough to judge, but when in doubt, create supporting context without making the audience learn specific names or dates.

Comments on Foreshadowing Reveals Is Easier Than You Think