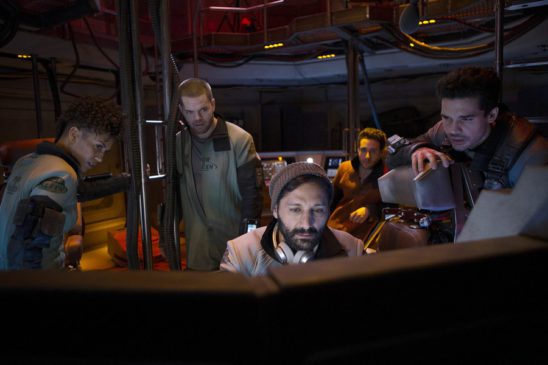 The Expanse has a well-thought-out hard scifi setting that still ignores scientific reality.

Most worldbuilding mistakes we see over and over again come from lazy storytellers who create worlds as an afterthought. But a few mistakes persist even in worlds built with considerable time and effort. These are mistakes of oversight: the worldbuilder just didn’t remember to think about everything critically. Let’s take a look at some of these repeat offenders. 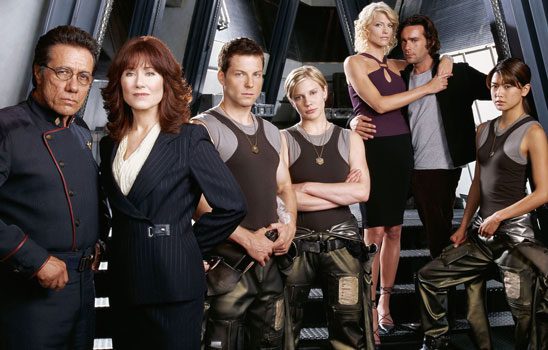 Battlestar Galactica: Humans have lived for untold eons in a distant system, but by coincidence, they have a Secretary of Education that can inherit the Presidency.

It’s a bazillion years in the future, and humanity is spread across the galaxy. Countless scientific discoveries have brought us amazing technological advances like faster than light travel and nanites that repair wounds instantly. Yet people still light candles and eat birthday cake every year, women change their names after getting married in a white dress, and business people shake hands when meeting for the first time.

You wouldn’t have characters in a vastly different world listening to today’s pop songs, would you? Not unless you had a good world-driven reason. That’s because, like everything else, culture changes. It changes because our lifestyles change, our values change, and we get caught up in new and interesting things. Not to mention that culture is different around the world. In the future, those vastly different cultures could melt together.

If you write other-world characters that live by your culture, you’re wasting an opportunity to set your world apart and creating a society that’s just unrealistic. Instead, question the parts of culture that you take for granted. Make guesses about how culture is changing today and project them into the future. Think about how the details of your world would impact those living there. Then make some changes. 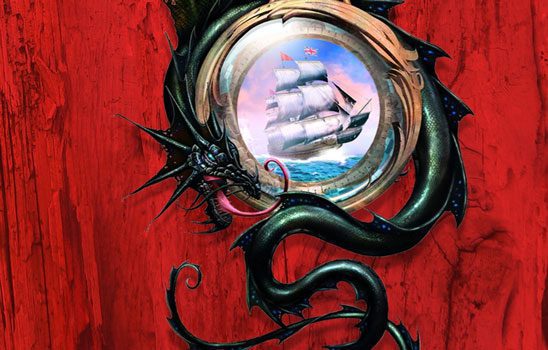 His Majesty’s Dragon: Humans ride dragons into battle, altering the course of the Napoleonic Wars. Why don’t they alter any wars before that? Umm… oh hey look at the pretty dragons!

It’s another day in the United States. The elves have tied themselves to trees to protest the sale of national parks, the goblins caused another riot after their favorite football team lost, and pixie infestations are on the rise. Humans go about their day-to-day business, used to all the other creatures and their habits. It’s always been like that. No one questions why none of these creatures have nations of their own. The elves are protecting parks founded by Teddy Roosevelt, the goblins participate in the human-led Olympics, and no one has thought to design homes that prevent pixies from nesting in the walls.

You can put the supernatural into a familiar contemporary setting by making it a recent arrival. If elves arrived fifteen years ago, the biggest shock will have worn off, but humans could still be adjusting. If you want the supernatural to have existed in for all of history without changing the world, you’ll need more than a hand wave to explain it. Have humans been brainwashed into thinking history went differently than it actually did? If conquered groups had supernatural aids like magic, protective deities, or alien technology, why did they lose?

3. Ignoring the Implications of Technomagic The Expanse: Humans have colonized the solar system. Spaceships are still piloted by humans, though, because using super accurate computer systems in life threatening situations is just no fun.

It’s a wondrous fantasy land with powerful magic and warring kingdoms. Sorcerers throw great fireballs from the tops of their dragon mounts, clerics protect the population from diseases, and seers peer into distant lands. Yet everyone is still building castles. They take a generation to complete, and they don’t protect anyone from those darn sorcerers and their dragons, but by golly, they’re just so pretty! The enchanted woods are still standing because the population hasn’t exploded, and messages take days to deliver by courier.

This is like writing characters who drive across country when they all have teleporters in their homes. Give a person a new tool, and the impact will reverberate throughout the world. People are smart: if there’s a way we can use a piece of magic or technology to our advantage, we will think of it in short order. Sure, a generation might stubbornly hold on to driving their own cars when self-driving cars are widely available, but practicality wins eventually.

That’s why you’ve got to think through not only what cool things you want your world to have but also what conditions would create them. Want castles and dragons? Make the dragons faraway, incredibly rare, or a sentient species of pacifists. Dragons can destroy castles just by dropping boulders on them, and if castles aren’t good protection, no one will build them. Think of some limits on your technomagic now, and it’ll save you headaches later. 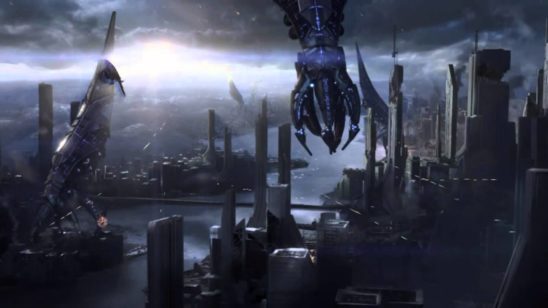 Mass Effect: Despite having countless worlds to choose from, the big bad Reapers make Earth a high-priority target. Human potential is just so frightening!

It’s the fortuitous day that humans launch into space, joining a vast galactic alliance of tens of thousands of species. In space there are species as old as the universe and young as a year. They are high tech, low tech, hostile, friendly, beautiful, ugly. But they all agree on one thing: humans are the most average species to have ever existed. After this revelation, the whole galaxy quickly categorizes every species by how they differ from the denizens of Earth. Everyone’s like them, but with a twist! Of course, when push comes to shove, they also discover that humans are not only average but also special snowflakes. They advance so fast, and the human spirit is simply unbeatable! The most powerful race in the universe soon feels threatened by these snowflakes and gets out the blowtorch.

What I would give for more stories that treated humans like just another race in a world where they are supposed to be just another race. It breaks immersion when the world is being bent to inflate the human ego. If we want humans to be the center of everything, we should build worlds where that is literally true: humans were in fact created in the image of the divine, and we are the bestest and most favoritest of divine creations! If we don’t want to write that, we shouldn’t be making realistic worlds and trying to sneak it in.

If humans are one group in a world of many sentient species, think through how humans are different. And I don’t mean “different plus superior.” What makes us weird? Are we the only species that needs this ridiculous sleep cycle or one of only a handful that walk on two legs? Choose a few characteristics we have in common with almost everyone, and make the rest diverse across your races. If humans are new on the scene, less advanced, or otherwise less powerful, don’t make humans take over the world. You’re only reducing conflict for your human characters. Old Man’s War Series: The military is happy to recruit women and train them equally, but somehow they don’t have any generals who are women.

It’s the beautiful kingdom of Utopia, the land not-yet but about-to-be threatened by the forces of evil. It is ruled by a wise and fair monarch. The oldest children inherit titles regardless of gender, and all the races live together in harmony. People even dress how they want and date who they want. Of course, the King and all of his counselors are men of the pale-skinned race. The King has three sons who can succeed him; no one is sure what happened to their mother since she’s never mentioned, but the sons all need brides. Then behold the kingdom’s savior: a plucky, dark-skinned heroine! She exists, so clearly the entire world is an egalitarian paradise.

Nothing looks more contrived than when a writer keeps insisting their world is one way, but they’ve clearly created something else. It’s not enough to say women can inherit titles; you must show women with titles. And this showing must go beyond your main characters; it’s the background elements that determine what’s normal for your world. If your story is about a queen but you don’t show female nobles in court, it’s still a patriarchy. And let’s face it: a monarchy can’t be an egalitarian utopia because it’s led by a dictator. If equality is important to you, maybe don’t glorify unjust systems of government.

If you want your setting to be free of all that oppressive nonsense, then good for you. But you’ll need to look over it carefully to make sure it’s actually that way in practice and not just in theory. Start counting all the people and their demographic characteristics. Then look at your numbers and see if they reflect what you want for the society you’ve built. If they don’t, make some changes. Unthinkingly making everyone a white guy isn’t your fault, but letting that get into print is.

Checking and fixing items that are easily forgotten will take more time. But the more you do it, the more it will become second nature. After re-examining how your world works, it will stand out that much more.