While we don’t always talk about it, we all love our daydreams. So naturally, some stories are designed to let us live our fantasies through the protagonist. There’s a little wish-fulfillment in any good story, but these go above and beyond, crafting every scene to shower the hero with as much glory as possible.

When we think a glorified hero is an avatar for the storyteller, we call her a Mary Sue. Or often in the case of male avatars, Marty Stus. You’d think that Mary Sues and Marty Stus would be recipes for fun times all around, but it’s just the opposite. They are hated so much that their names have become slurs against stories and storytellers alike. Any character that looks like she could be Mary Sue’s cousin’s mother’s brother’s sister is assaulted with jeers and accusations.

The problem is that our fantasies are all different. One person wants to have a whirlwind romance with the Doctor, another wants to tumble a random hottie off the street. On top of that, the audience can’t live the fantasy unless they identify closely with the protagonist. To be successful, wish-fulfillment stories have to desperately cling to common fantasies among a specific demographic.

What wish-fulfillment characters tell us about our dreams, particularly dreams assigned to specific groups, is interesting, but also unsettling. Take these five characters for example: 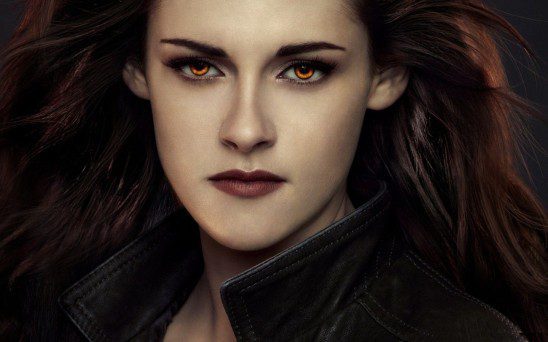 Bella is probably as close to a Mary Sue as characters in big budget works get. Mary Sues tell us that women are considered worthy if they receive outside validation. They are magnets for the attention and adoration of the other characters. They are often passive characters – if they do get a piece of the action, it’s so others can look on and admire them.

And just to prove how little their own happiness matters in comparison to what others think of them, Mary Sues frequently die. The storyteller will try to frame it as a tragedy, but really it’s an excuse to give her even more validation. The others characters will respond to the death by dramatically weeping over her body and crying that she was right all along, if only they’d just listened to her.

Bella isn’t really described in the book, but her name means “beautiful swan,” which is like saying “beautiful beauty.” Mary Sues are always beautiful, how could they get enough validation otherwise? And Bella’s story is centered around receiving validation. If Edward’s attention isn’t enough, there’s also Jacob to vie for her. While Bella doesn’t die, she comes close, and it gives her a boost in validation – Edward hears about it and comes back.

However, Bella is still missing the sugar overdose that marks a character designed just for wish-fulfillment. Her complaints about her life, which seem petty to some, are meant to express that her days aren’t made of fantasies. Her story is one of a normal girl who becomes special, while Mary Sues start special and stay there.

Bella is a big success because of her power combo of relateable ordinariness, followed by wish-fulfillment. However, she’s still a very divisive character – it’s hard to say whether more people love her or hate her. Those who don’t dream of having a dark, handsome, protector/stalker are repulsed by the story. Riddick is a classic Marty Stu. The factory-made male fantasy isn’t like his passive female counterpart; he’s a man of action. His enemies fear him, women want to sleep with him, and he has lots of fancy gear to advertise his high social status. He frequently indulges in the simple pleasures life has to offer, for his own enjoyment.

While Marty Stu also gets outside validation, it is vitally important that he doesn’t care about it. He’s a strict loner, he impresses people by pure accident, and he rarely needs help. In fact, he never has emotional relationships with anyone. If he does fall in love with a woman, he probably still won’t open up to her, and later she’ll die as an excuse to do violence against those who killed her. Any other important allies he meets along the way will be parted from him before the end.

Riddick is glorified as much as he can be. He’s the last member of a warrior race, providing an explanation for why he’s alone. To make sure no one forgets how important he is, there’s a prophecy about him defeating a big bad. But he’s not a hero; he has a full-time job getting in badass fights and brooding. Unless some heroic action is called for in the plot. Then he’s a hero. He also has special eyes – a hallmark of wish-fulfillment characters. I mean, if you were going to design the coolest character ever, wouldn’t you include glowy eyes? And he doesn’t wear those cool-looking goggles to impress people, oh no, his glowy eyes are sensitive to light – it’s a necessity!

Riddick debuted in the movie Pitch Black, but none of the characters in Pitch Black did anything as ridiculous as calling him “The Riddick.” His sugar-coating was added when Vin Diesel, the actor who plays Riddick in the movies, took partial ownership over the story. A character with broad appeal quickly became a Marty Stu for an actor/producer. It’s probably not a coincidence that the movies after Pitch Black were less successful. But like Bella, he has a core fan group rooting for him.

3. Johnny From The Room If you’ve seen the famously bad film The Room, you’ll know that the main character, Johnny, is a Mary Sue. No, not a Marty Stu. He’s not an action hero who rescues damsels and shows them his gadgets. Instead, he exists to be loved and admired by every other character. There’s even a troubled teenager who is put in the movie for no other reason than to be his project.

There is only one character who has anything bad to say about him – his traitorous financée. Everyone she talks to, including the man she is cheating with, tells her Johnny is a wonderful person and she should be good to him.

In the end, Johnny dies to become a martyr of goodness – and of course for more attention. The financée, best friend she cheated with, and random project kid all weep over his dead body.

I wish I could say that The Room is a gender-liberating romp, but it’s very sexist, misogynist even. And it was only made because writer/director/lead Tommy Wiseau somehow got his hands on six million dollars. Along with the basic art of writing, acting, and filming, he didn’t understand that his fantasy wouldn’t have mass appeal. Then he got lucky when it turned out to be so terrible it was great. Superficially, Violet looks just like a Marty Stu, complete with a husband in the fridge as an excuse for violent revenge on huge numbers of people. She’s not the last of a warrior race, but she is a member of a threatened group of genetically enhanced super people, who are also vampires. That is, if you remove all of the downsides of being a vampire, like aversion to sunlight, garlic allergies, or that inconvenient need to drink blood from people’s necks.

In the movie, she alternates between saying silly lines just to emphasize how badass she is, and killing ridiculous numbers of people with insufficient weaponry. She also comes in a variety of colors that change before your eyes! Why? Cause, you know, vampire virus technological advancement stuff.

Despite her Marty Stu mold, Violet does end up with an important relationship. She meets a dying boy while on her quest, and decides to stick with him. Of course, he’s partly an excuse for Violet to kill people who threaten him. Despite her loner status, a series of convoluted explanations and the power of Violet’s tears allow him to escape death.

Ultraviolet was a creation of Kurt Wimmer, the same man who created the cult hit Equilibrium. Rumor has it that he didn’t intend for Violet to be a heartless lone wolf. An earlier version of the film actually focused more on Violet’s reluctance to join the resistance she fights for, and her desire for family. Then the production company cut an entire half hour out of the movie before its theatrical release, and what was left of her was a cold killer.

Ultraviolet was a huge flop, largely because the script was really bad. While it could have been better written while retaining Violet’s Marty Stu characteristics, it generally takes a poor writer to create characters with that level of wish-fulfillment in the first place. Not that it’s impossible for these characters to be successful, but experienced writers avoid risks like that. 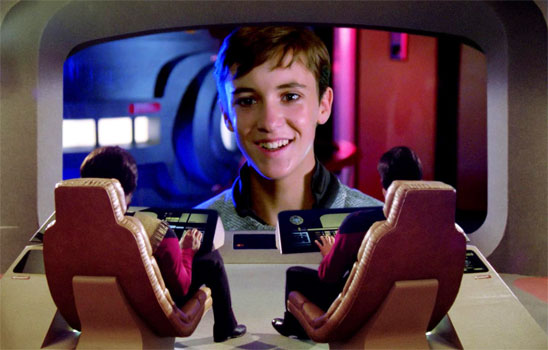 Who does a kid dream of being? Wesley Crusher of course – the boy genius. Child wish-fulfillment means being ridiculously good at schoolwork, and of course, showing up adults. Wesley has school projects that involve creating intelligent life in the form of dangerous nanites and grasping the relationship between space, time, and thought. He warns the crew about catastrophes they haven’t foreseen – which they ignore just to make him look better. Then there was that time he put up a forcefield around engineering, effectively taking over the ship.

Child wish-fulfillment characters like Wesley aren’t as common as their adult counterparts. This is probably because kids don’t write as much, and when they do it rarely becomes well known. When we see them, they are generally an idealized version of the storyteller’s younger self.

Supposedly, Wesley Crusher was a young avatar for Gene Roddenberry, the original creator of Star Trek. Everyone found the character incredibly annoying, and right around the time Roddenberry became less involved in the show because of his declining health, Wesley was put in a shuttlecraft and sent away.

While the vast majority of kid genius characters are boys, there are girls as well. J.K. Rowling has stated that Hermione Granger resembles her younger self. This explains why Hermione saves the day so much, and why she never ends up with Harry. Rowling probably thought that would be weird. Hermione is a moderate girl genius, not a Mary Sue.

That depends on the goal of the storyteller. It’s not uncommon for Hollywood to pour a bunch of money into a Marty Stu, expecting male audiences to bring them a profit. If you’re not a man, or your fantasizes don’t involve loneliness and violence, it’s fair to criticize it as stereotypical male indulgence. Or to point out that it reinforces a destructive definition of masculinity.

But Hollywood doesn’t produce true Mary Sues, let alone wish-fulfillment for women of color, LGBT groups, or anyone else. Fanfic writers fill in the gap with their own works, adding awesome characters they identify with to stories where no one is like them. These writers aren’t trying to turn a profit, they’re creating wish-fulfillment-characters for their own enjoyment and satisfaction. There’s nothing bad about that.

And that’s why criticizing hobbyists for creating a Mary Sue is like doing this: Of course, once they decide to fund their personal fantasy with six million dollars, then it’s fair to inform them that they’ve created a Mary Sue audiences may dislike – nicely and constructively. For anyone trying to get into the big leagues, creating wish-fulfillment characters is risky at best.

I’d hate to see wish-fulfillment characters disappear. They tell us a lot of interesting things about ourselves. I certainly hope, however, that the Marty Stus of tomorrow crossdress, the Mary Sues become self-indulgent, the kid geniuses trade in natural brilliance for hard work, and that all three are big box office hits.