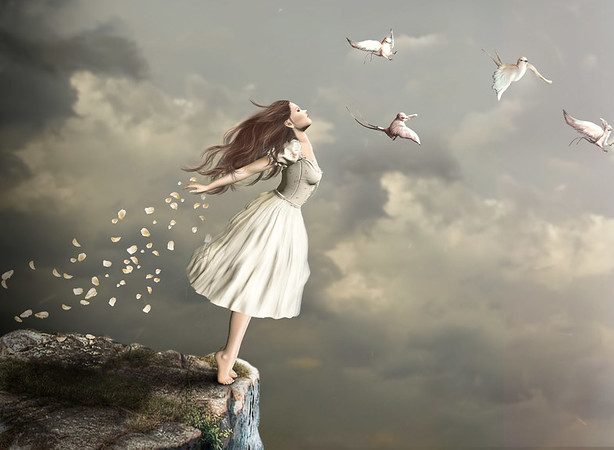 Writing dreams allows us to discard the last vestiges of reality and embrace wild surrealism, paint colorful metaphors, or explore the inner workings of our characters. Unfortunately, standard-issue dreams come with a problem: they don’t matter. Without impacting future events, they’ll feel like a tangent or a cheap route to excitement. Thankfully, we can change that, especially in speculative fiction. Let’s look at five ways to make dreams pay off. 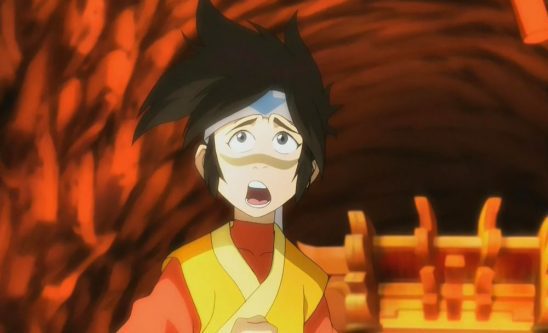 In the Avatar: The Last Airbender episode Nightmares and Daydreams, Aang realizes that he’ll have to fight the Fire Lord in only three days. He has a crisis of confidence, causing recurring nightmares about the big day. In one dream, he approaches the Fire Lord only to discover he isn’t wearing any pants. Then to avoid these nightmares, Aang decides he isn’t going to sleep. The rest of Team Good does everything they can think of to solve this problem, until they finally just reassure him that he’s ready. Aang’s fear of confronting the Fire Lord subsides, and in his next dream, the Fire Lord isn’t wearing any pants.

Dreams may not have an impact on external events, but they can still have an impact on the dreamer. This means they can be used to forward a character’s internal arc. By dreaming, a protagonist can confront what’s really bothering them, have an internal battle between two sides of themself, or come to an important realization. As in this Avatar example, it can also be used to bring out an arc by creating a before-and-after snapshot of how the character is feeling.

The trickiest part of using dreams for character growth is that it’s not as easy to multitask with external conflicts. While it’s okay to spend the occasional scene focusing on how a character is feeling without dwelling on bigger threats, too many scenes like that will slow the story to a crawl. However, multitasking is still doable. In this Avatar episode, not only is Aang scared because of the external arc, but his refusal to sleep will sabotage his chances of winning the big fight. Beating these nightmares is a matter of life or death.

2. Use a Psychic Visitation 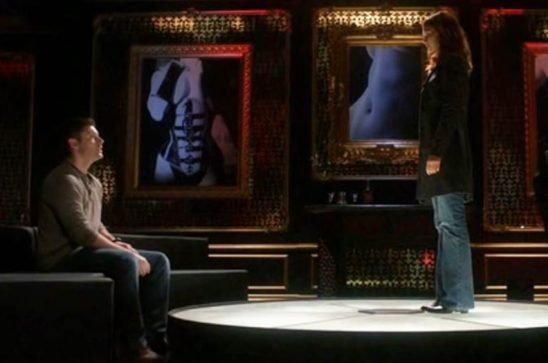 In Supernatural, the many angel characters have the ability to appear to humans in their dreams. This allows them to have plot-critical conversations with protagonist Dean even when the angels are far away. For antagonistic angels, this is useful because it allows Dean to talk to enemies without coming to blows with them. For friendly angels, it serves as a covert means of communication. Dreams also spice up social interactions by giving them an interesting environment. The angels might change reality to mess with Dean, or Dean might be dreaming about a strip club when they walk in.

With some magic, psychic powers, or brain implants, characters don’t have to be alone in their dreams. As soon as something or someone else is in there with them, all kinds of possibilities open up. That’s because many conflicts in stories are social interactions, whether it’s questioning someone for information, convincing a possible ally to help, or trying to bolster someone’s confidence.

Not only that, but dreams can transform a mundane conversation into a vivid world where thoughts and feelings alter reality. Characters can share memories, buildings can be torn apart when someone gets angry, and fears can play out before their eyes. Characters can also conceal who they are by appearing in a different form, adding more mystery and providing an opportunity for fun reveals. 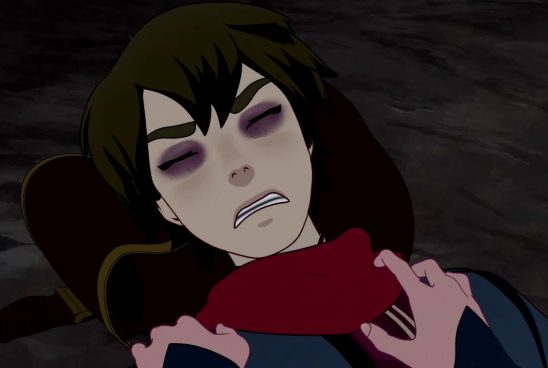 In season 1 of The Dragon Prince, Callum uses dark magic for the first time out of desperation. Shortly after, he grows deathly ill and falls into a restless sleep. In his dream, he is tempted by a copy of himself that has embraced dark magic in full. In a normal dream, this might illustrate how Callum is dealing with temptation, but the real conflict would come later when he’s faced with another choice about using dark magic. However, because Callum’s afflicted by a magical sickness, it’s easy to believe there would be lasting consequences for the choice he makes in his dream. If he gives in, he could wake up a different person – or not wake up at all.

Usually what happens in a dream doesn’t affect the waking world, but add in some magic or psychic mumbo-jumbo, and that can change. In many cases, a dream struggle symbolizes a magic conflict happening within the character. Perhaps a spirit is possessing the protagonist and a physical fight in their dream represents the protagonist’s spiritual defenses. Perhaps the soul of an almost dead protagonist is lost in some kind of limbo state, and navigating a maze represents their ability to return to their body.

It’s also helpful to associate supernatural elements with a character’s mental state. This way, dream therapy can have greater consequences. Perhaps a character’s anger causes them to involuntarily unleash their magic in destructive ways. A dream journey to deal with that anger could be what’s needed to save the day. 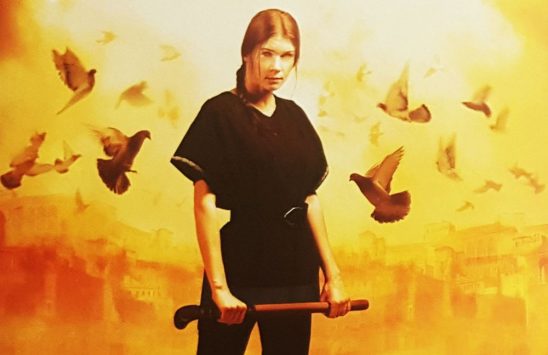 In the novel Terrier, Beka has been trying to discover the identity of the Shadow Snake, a villain that kidnaps children. Since Tansy, the mother of one of those children, is a friend from childhood, Beka starts having dreams about the days they were children. Just like when they were children, a local baker shows up in the dream to chase Tansy down. This reminds Beka of the animosity between Tansy and the baker, and since that same baker had made a great show of sympathy for Tansy, Beka becomes suspicious. That leads her to the villain.

Since any kind of internal conflict can happen in a dream, characters can solve puzzles in their sleep. The only issue is that while dreaming, the character is isolated from the outside problem they need to solve. They can’t be looking through clues from a crime scene, for instance, to get their breakthrough moment. However, there are a couple ways to give them clues within their dream.

Like in Terrier, characters can revisit important details that they previously overlooked. They might dismiss a creepy joke the secret villain made until it’s replayed during REM. Alternately, they could uncover repressed memories. This is especially useful if you’d like to keep their strange dreams a mystery for a while. It may take the character some time to understand that their recurring dream actually happened.

Dreams can also help protagonists translate clues into a realization. For instance, maybe the protagonist is wondering why they can’t get two stubborn people to reach an agreement. Then, they dream that these people have been friends all along, leading the protagonist to realize that the argument is being staged for political gain. 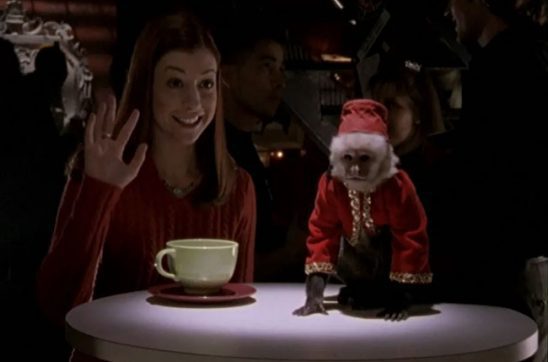 In the Buffy the Vampire Slayer episode Surprise, Buffy gets out of bed to discover that her house has turned into the local nightclub with surreal additions such as a monkey sitting on a table. Then Buffy spots Angel, her love interest, across the room. Just before he makes it to her, he’s killed by an antagonist. Buffy wakes up from her dream with a feeling of dread, but she dismisses the dream until some of the odd details she saw happen in real life. Realizing her dream was a premonition at some level, she becomes concerned for Angel’s safety.

Just as dreams can uncover information about the past, a little magic also allows them to uncover the future. For a storyteller, these dream omens are great for tense foreshadowing – they can actually speed the story up. And while seeing the future is a powerful ability that will break your plot if you aren’t careful, dreams solve this problem handily. Because dreams are involuntary and cryptic by nature, your riddles won’t come off as contrived, and you won’t have to explain why characters don’t look into the future to solve all of their problems.

The only catch is that you’ll need to communicate to characters – or at least your audience – that these bad omens aren’t normal nightmares. The dreamer might be able to distinguish between the two, or you can verify the dream’s accuracy by having parts of it come true. For instance, a stranger in a dream might show up in person the next day. Just remember that dream omens won’t raise much tension until you establish their credibility.

Like any other scene, dreams should stay focused on what they offer the story as a whole. Even so, there’s plenty of room for fun details and fascinating conflicts.

Comments on Five Ways to Include Dreams in Your Plot