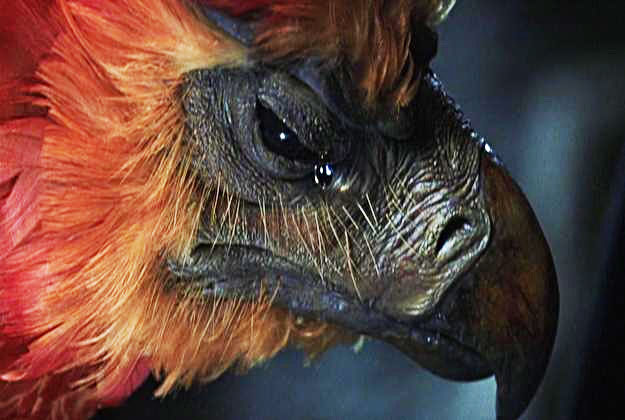 A scene where the pet dies will evoke an emotional response from any audience. Name one heartless fiend who didn’t cry when Hedwig died! But too often, authors treat pets as cannon fodder to toy with our emotions. The audience has wised up to this ploy; they already knew you were going to kill the dog as soon as you introduced it. That’s because they’ve seen it time and again, with Sam from I Am Legend, Bubastis from Watchmen, and Oy from The Dark Tower, just to name a few. Pets are worth so much more to your story than their death, and these five uses for pets will help enrich your narrative.

Spec fic encourages creative characters, and a pet can be anything you want it to be. By adding in these imaginative characters, you can kill the monotony of boring human drama and open the story up to new possibilities, like flying chase scenes for a pet dragon or advanced code breaking from a pet robot. Make it something cool. Rather than a dog, imagine a shapeshifter who happens to prefer the life of a dog. We all know and love stories about talking cats, but what about talking wallabies? Step out of the animal zone entirely and bring an inanimate object to life, like Carpet in Aladdin.

You could also add novelty by giving the pet an extraordinary job or purpose in life. Hedwig was a letter carrier. Animals in real life can be trained to sense epileptic seizures or find land mines in a field; your pet could be a similar hero. If your character is a healer, their pet could have the ability to seek out hidden illnesses. For a more comedic tilt, you could write a cat that yacks up magical hairballs. Novelty will make your story more memorable, and pets are a rich source.

The way your pet interacts with your protagonist will reveal extra detail and help develop your character. Imagine an apprentice who defies his master and uses illegal magic to save the jackalope from a griffin. This tells the audience that the apprentice is willing to go out of his way to help others.

Depending on the point of view you’ve chosen, it can be difficult to develop a character who is isolated from other humans. If the apprentice is now on the run from his master and the magic control board, the audience can hear what he’s feeling because he’s talking to the jackalope.

Another common technique is to have the pet mirror the human’s emotions. Scooby Doo is basically an oddly shaped Shaggy with a speech impediment. We know that something is scary to them because Scooby jumps into Shaggy’s arms.

These character combos create a better picture and prevent characters from being too blank. The more your audience can learn about your protagonist from his pet, the more they’ll care what happens to both of them.

Similarly, the way a pet interacts with the environment and other characters can help set reader expectations. If a friendly pet always growls when a certain character enters the room, the character is probably a bad guy. If they’re sniffing around at some strange material, it probably means that material is important to the plot. Pacing and other restless activity creates an expectation of oncoming action or an atmosphere of anxiety. The pet can get sick from a poisoned bit of food that dropped to the floor, and that clue might save your protagonist from a worse fate.

Remember that using foreshadowing for your pets is as important as using the pets for foreshadowing. You can’t reveal in the last three pages of a book that the pet has magical powers. If the pet is more than your average housecat but you’re not ready to reveal its true nature, you could have it raise an eyebrow or describe some purrs sounding like a snicker. However you do it, you have to establish expectations, or it will feel hokey.

Probably the most obvious use, the pet can save the hero’s life. It’s a living get out of jail free card. You just have to balance the hero’s agency. The pet can’t always protect the hero from danger, and the pet shouldn’t be the only thing the hero relies on. In Game of Thrones, Ghost can come to Jon Snow’s aid once or twice, but Jon still needs to know how to use his sword.

Deepen the pet as a character by letting it fail in its attempt to help. Will it come away injured? Then maybe it will need a super awesome bionic leg! Or will it run away in shame, sparking the hero’s quest to find it? This presents an opportunity to get your audience to feel something about your characters.

Also consider the emotional safety net. Think how cripplingly terrified Dorothy might have been if she didn’t have Toto with her in Oz. Consider: the fallen hero is ready to give up, and then his beloved pet swoops in to raise his spirits and get him back on track.

Tribbles took over the ship; Gremlins turned evil; Norbert might have burnt Hagrid’s house down. Pets introduce a different kind of conflict to a story, especially when your characters are dealing with a species they don’t know well. Unlike typical villains, there’s never going to be a boring monologue where the big bad reveals his plan, because pets weren’t planning to go bad in the first place.

And it doesn’t have to be the pets themselves creating the conflict. In Pokemon, Team Rocket was always trying to capture Pikachu. In Mockingjay, Prim risked her life to retrieve Buttercup and bring him down to the bomb shelter.

A word of caution: while it can be compelling to write about a hero saving a pet from danger, know your audience before writing anything cruelty-based. It can turn a story dark really fast. You could show the pet limping to hint that something bad happened, rather than the actual scene. And never, ever glorify cruelty to a living being.

One example embodies all five of these tips: Fawkes the Phoenix. He was a refreshing deviation from the standard pet with amazing characteristics that were revealed over the course of several books. Yes, he died, but this was different. His first death was a big surprise, because Harry and the readers didn’t know the bird would be reborn. The emotional power of Fawkes’ demise and rebirth was surpassed by his heart-rending cry over the death of Dumbledore. It was the bird’s awesome magic, beautiful feathers, unique nature, and intense loyalty – not his death – that riveted the audience. The pets you create deserve the same well-rounded brilliance.

If you have to kill the pet, wait. Wait. Wait, and wait some more, until the audience has had enough time to really care about the animal’s fate. Better yet, though, think of all the great fictional pets that didn’t die – many didn’t even come close to dying! Data’s cat Spot, Teddy from A.I., and Fluffy. These pets played varying roles – the character combo, the mentor, the obstacle – and added to the story without giving up their life.