The characters in the Dungeons and Dragons cartoon took every one of these.

Skills are put into roleplaying games for a reason. They allow characters to do something they otherwise couldn’t – most of the time. Once in awhile, you come across a skill with no clear use. Some are overshadowed by another, better skill. Others simply never come up, leaving you with a fork when all you have to eat is soup. Yet others serve no logical function at all. Let’s look at the worst offenders.

This first entry pains me because I’m very fond of Torchbearer (TB), but Mentor is an unusable skill. At first glance, it looks great. Helping fellow PCs level up their skills sounds amazingly useful. It’s only in the fine print that problems arise.

The base difficulty, or obstacle as TB calls it, is equal to the student’s Nature stat. This is probably because the higher a character’s Nature, the more set in their ways they are, and the harder to teach. The problem is, Nature is a powerful stat, and PCs try to keep it as high as possible – so high that the chances of succeeding a Mentor roll are discouragingly low.

Failure isn’t a bad thing, but constant, unending failure is. Unlike other skills, the GM isn’t free to set their own difficulty for easier tasks. No one likes a skill they can’t succeed at. But what if a PC min-maxed their abilities into a really high Mentor skill; would it be useful then? Not really.

A secondary requirement for using Mentor is that a character must have whatever skill they are trying to teach at a higher rank than their student. If you want to use Mentor on someone with Fighter 3, you must have Fighter 4. In Mouse Guard, you could get a third character with Fighter 4 to fill in, but not in Torchbearer. The more of their resources a character puts into the Mentor skill, the less they have to raise other skills. Paradoxically, being better at Mentor also makes you worse at it. 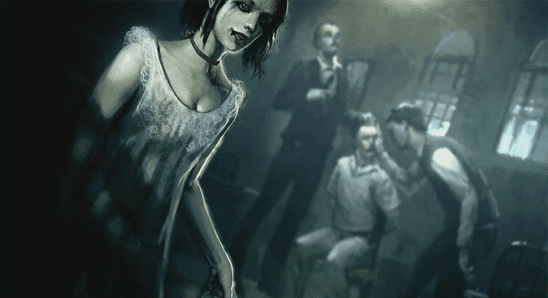 According to the book, characters with the Politics skill are “experienced with bureaucracies and know exactly who to call in a given situation…” What does that mean? Is it for navigating the DMV or bailing your fellow PC out of jail? Both of those feel like they’d be better covered by a social skill. Is it for general knowledge of law or the government? That sounds like an Academics roll.

NWoD is a game of Gothic horror. Characters won’t often run for office or try to get a health care bill through Congress. But even if they were trying to play politics, it’s unclear how this skill would be used. Any situation interesting enough to require a roll is better served by other skills.

It seems even the designers didn’t know what Politics was for. In the book’s third chapter, each skill has examples of how to use it. Most of them describe specific situations. On a successful Investigation roll, it says, “Your character uncovers useful information, but is that all there is to learn?” For Medicine, the example is, “Your character’s diagnosis and treatment improves the patient’s condition.” For Politics, we get, “Your character achieves his objective.” 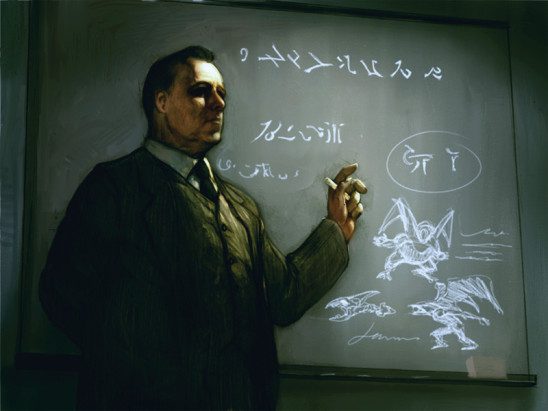 Imagine you’re playing a game of Pathfinder. You’ve just slain the marauding red dragon and recovered a flaming sword of giant’s bane from its hoard. Now that you bear this mighty weapon in your hands, the first thing you do is… determine its market value?

Appraise is a skill for figuring out how much something costs. Some systems have tacked on secondary functions, but that’s its primary use. Unless you’re playing Pawn: The Shoppening, it’s pointless. While money is important in games like Pathfinder, those games always have the value of each item listed in the rules. Anyone who can open the book automatically succeeds on all Appraise checks. Yay!

The only way Appraise could actually be useful is if the GM introduced serious market fluctuations, and that’s more work than anyone wants to do. How many players are interested in intense negotiations over the price of their +1 short sword?

It’s strange enough to see Appraise in Pathfinder, where money is an important balancing mechanic, but it also crops up in games like Call of Cthulhu. What role could it possibly play in a game about investigating eldritch abominations? I have no idea. There are many, many investigative skills in CoC, and all of them are more useful than Appraise. Even when money is relevant to an investigation, Accounting is far more applicable. Unless you’re looking to liquidate your elder sign, there’s no reason to take this skill.

4. Defense, Legend of the Five Rings As its name implies, Defense is a skill for defending yourself from physical attacks. How can such a skill be useless in a game about warrior aristocrats wielding three foot razor blades? The answer is in the mechanics.

In Legend of the Five Rings, characters only use the Defense skill when they take either the Defense or Full Defense Stance. In doing so, they give up their ability to attack.* That means all these stances are good for is to stall a fight. In Defense Stance, the bonus is small, so your opponent will probably still hit you. In Full Defense, the bonus is larger, but you also give up your ability to move more than a few feet a turn. Your opponent can take their time, attacking you over and over until they finally get lucky and hit.

Neither of these is useful for winning a fight. At best, you can avoid getting attacked while your allies do all the work, but you could accomplish the same thing by running.* Defense might be useful in a handful of edge cases – perhaps you’re an important daimyo cornered by assassins and waiting for your body guards to arrive – but they rarely come up in play.

Every point spent on Defense is a point not spent on a useful skill. Highly dishonorable!

Adventuring is cool and all, but haven’t you ever wished you could spend weeks on end working for a dozen gold pieces? No? Darn, because that’s exactly what the Professions skills are for. If you have a lot of downtime between adventures, you can roll them to get less money than you’ll find in dungeon’s foyer.

Even worse, many other skills can substitute for Profession and be useful in their own right. If you can make money with Profession: Miller, surely you can do the same thing with Healer, charging to cure what ails people. Or Sleight of Hand, picking pockets all over town. If your GM won’t allow that, so what? The amount of money you make off a Profession roll is pocket change. Even a +1 item is worth hundreds of times what you’ll make.

3.5 D&D and its many spawns have too many skills as it is. Even with Pathfinder’s consolidation of Hide and Move Silently into Stealth, there are never enough points to go around. At best, the Profession skill can be used to represent an unusual specialty that’s important in your game. A ship-based campaign, for example, could make use of Profession: Sailor. Other than that, they’re of no use on your sword and sorcery adventure.

While useless skills might seem benign, they can bog down your game. PCs will spend their hard-earned experience points on irrelevant abilities and find themselves unprepared for your challenges. Alternatively, players may derail the game to find a use for their skill, envisioning bizarre scenarios in which the city council passes anti-werewolf ordinances. If a skill never comes up, let the player change it! It’ll be better for your game.

Even Animal Ken is kind of useful when you see how overpowered dogs are.
Except Shugenja, who can still cast spells in Defense Stance, for some reason.
In Rokugan, the warrior’s code is very clear that you should flee a battle if you can do no good there.