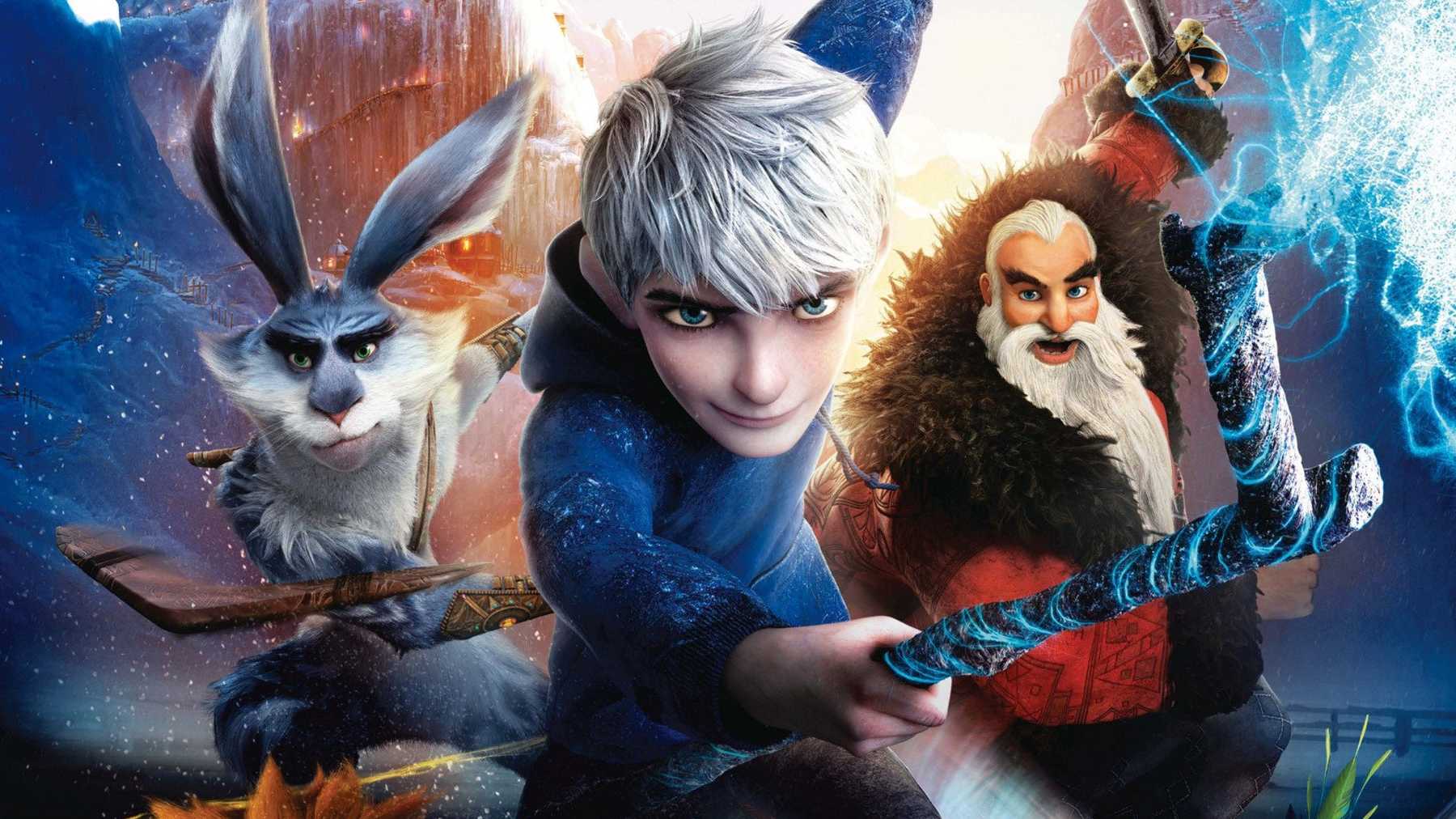 Special powers are a cornerstone of speculative fiction. Whether they come from ancient magics or alien evolution, we love to see characters with abilities that humans cannot possess. Such powers provide excellent novelty and wish fulfillment. But sometimes storytellers don’t think about how their powers actually work. Usually, this results in overpowered, story-breaking abilities. But powers can also go to the opposite extreme: totally useless. Let’s take a look at some of the latter in the wild.

In the first and second season of Star Trek: Discovery, Kelpiens are portrayed as aliens who primarily evolved as a prey species. This is in sharp contrast to predatory species like humans, and it makes for some interesting characterization. Commander Saru is the show’s main Kelpien, and he’s much more concerned with risks and potential escape routes than his fellow officers.

However, one aspect of the Kelpien species falls completely flat, despite how much time is spent talking about it: the threat ganglia. These are fleshy tendrils that extend from Saru’s head whenever he feels threatened, and they are portrayed as a big deal. We’re supposed to know a situation is serious when the ganglia come out.

The problem comes when you think about this from Saru’s perspective. He doesn’t need ganglia to tell him that he feels threatened, because he’s already feeling threatened. If he wants his allies to know that he feels threatened, he can tell them. All the ganglia do is broadcast his emotional state to anyone who looks at him, which could actually be a serious disadvantage in a tense standoff.

One scene implies that the ganglia may be psychic, and if that were true, they’d actually be useful. We see them extend when a shuttle leaves the ship without its dangerous passenger on board,* even though Saru had no way of knowing that. However, this is never followed up on, and otherwise, it seems the ganglia only know what Saru knows.

It’s possible to explain the ganglia’s existence as some evolutionary holdover, but that doesn’t make them any less useless. Most Star Trek aliens get some kind of cool signature feature, like the Vulcan neck pinch or Klingon super strength.* Kelpiens get an extra reminder that they’re afraid. Interestingly, the writers seem to agree with me, as they eventually have Saru trade in his ganglia for a pair of spine launchers. Those aren’t super useful either in a setting where everyone has a phaser, but they at least make for a good surprise attack once in a while. In the world of His Dark Materials, people’s souls are externally manifested as animal companions called daemons.* Right away, it’s obvious most of these daemons don’t provide much practical utility. Only a handful are big enough to be useful in a fight, something made worse in the TV show, where the CGI animals can’t easily interact with the environment or other characters. Bird daemons could theoretically be used for scouting, but it turns out that a human and their daemon must always stay close together, so at most they can serve as nearby lookouts.

This isn’t a huge problem on its own, as the daemon’s main purpose is to provide companionship. It’s useful for the protagonist to have someone she can talk to, even when otherwise alone. Daemons also offer an external reflection of a character’s inner self, which is handy from a storytelling perspective.

But then there are the people with insect daemons. These are even less physically capable than normal daemons because of their small size, and more importantly, it’s super easy for them to die. This also results in the human’s death, so it’s the equivalent of having a big glowing weak spot your entire life.

While this is obviously a problem for anyone who gets into physical conflict, it’s an issue for everyone else too. An enemy can easily kill someone by crushing their insect daemon, but it can also happen by accident. Insect daemons might be swatted, sat on, or gobbled up by a passing predator, all without any intent to kill their human. Keeping an insect daemon close doesn’t fix the problem, as that increases the risk of accidentally crushing it. The only safe option is to carry the daemon around in a rigid box, and that doesn’t sound pleasant for the daemon.

In return for this enormous liability, most insect daemons provide no utility at all. Their obvious use as spies doesn’t work because of the distance limitation, as their human would always need to be nearby. Venomous daemons could possibly be used offensively, but that would likely end in death for them as well. Even Lee Scoresby’s rabbit daemon seems useful in comparison.

3. Becoming a Guardian: Rise of the Guardians Rise of the Guardians takes place in an urban fantasy world where figures from fairy tales and urban legends are real and have magical powers. Jack Frost has ice powers, the Tooth Fairy can exchange lost teeth for cash in the middle of the night, Santa has a magic sleigh, etc. Some of these figures, the titular Guardians, have a special job: to protect children from the forces of darkness!*

The story is about Jack Frost being recruited as a Guardian, which requires him to go through some personal growth before he’s ready to take on such a major responsibility. Sounds good, right? But then we find out a weird quirk of this universe: the Guardians’ power is tied to children’s belief. If they stop believing, the Guardians lose their magic.

Fortunately, Jack isn’t actually a Guardian for most of the movie. When the villain renders everyone else powerless via his disbelief campaign, Jack still has ice powers to fight back. But it raises the question: why would Jack ever agree to become a Guardian? For that matter, why did anyone in this movie agree to become a Guardian? All it seems to do is make them especially vulnerable to magical propaganda.

The obvious answer is that they want to protect children, but they don’t have to officially join the Guardians to do that. Jack protects children for the entire movie without ever signing on the dotted line. Becoming a Guardian doesn’t seem to come with any benefits either. Jack is already more powerful than most of the existing Guardians, and if he gets some kind of boost after being sworn in, the movie doesn’t show us.

The only remaining explanation is that becoming a Guardian will allow children to see Jack, but this is something else that seems to happen on its own. By the end of the film, a group of children he’s protected can see him without any difficulty. And he does all of this without the risk of losing his powers. In Avatar: The Last Airbender, three of the four elements have their own advanced techniques. Advanced firebenders can learn lightning bending, while advanced earthbenders can bend metal. Waterbenders have even more options. Airbending is the odd element out, probably because protagonist Aang was the only airbender around. He didn’t need any advanced techniques to stand out.

By Legend of Korra’s time, the airbending population has recovered somewhat, so it was only natural to add a new technique. And who better to demonstrate this awesome power than the season three villain, an airbender named Zaheer? As the episodes first aired, I got excited imagining the possibilities: soundbending, weather control, air blades – any of them would have made great additions.

Unfortunately, the writers decided on flight instead, which immediately presents a problem: airbenders can already fly. They do need a foldable glider, but those are hardly uncommon. So Zaheer’s special power is the ability to fly without an easily procured accessory. How… exciting?

Beyond the obvious silliness of giving airbenders a power they already possessed, flight would be a bad option for the villain even if it wasn’t already available, as all it does is give Zaheer an extra option to run away. Airbenders are plenty mobile without flying, and each bending style has powerful ranged attacks at its disposal. Flight doesn’t help Zaheer win any fights, and making the villain better at retreating isn’t exactly going to make the heroes quiver in their boots.

Adding insult to injury, it’s not just airbenders who can already fly. Powerful firebenders can do it too by using their flames as a rocket motor. Zaheer gets a “special” power that isn’t even unique to his own element. Tracy Deonn’s urban fantasy novel has a brilliant love triangle and a less-than-stellar magic system. The main magical resource is called aether,* which can be used to perform a whole grab bag of feats. Weapon enchantments, summoned monsters, magically binding oaths, shapeshifting, and memory alterations all fall under the broad umbrella of aether magic. Flight may also be covered, but that depends on how you read the book’s final line, so we’ll leave that alone.

Mages typically access aether via demonic heritage or through deals with ancestral spirits. Either way, a practitioner’s power seems to be determined by how much aether they can channel, as there’s no shortage of the stuff floating around. Enter protagonist Bree, who has a special power:* she can create her own aether rather than taking it from the air around her.

This ability manifests as red flames whenever Bree uses it, and the other characters think it’s very impressive. When she shows it to a more knowledgeable mage, he goes on at length about how this breaks the laws of magical physics, which certainly sounds like a big deal. There’s only one problem: the book never establishes how Bree’s magic is different in practical terms.

Remember, magical strength is determined by a mage’s capacity for channeling aether, not where that aether comes from. The book never tells us whether Bree’s ability also comes with enhanced channeling capacity or if it lets her do anything that other mages can’t. In fact, she only uses the red flames in a single, relatively minor battle. When the boss fight finally arrives, they’re nowhere to be seen.

Don’t get me wrong, Bree generating her own aether certainly could be a useful ability, but until we have a more robust understanding of the magic system, it’s a distinction without a difference. It’s like wanting to know which car is faster and being told that one uses gas while the other is diesel. That could be interesting, but without more context it means nothing. On the bright side, Legendborn has a sequel in the works, so maybe that book will tell us what the red flames actually do.

While useless powers can show up anywhere, I tend to find them more often in TV shows and movies than in novels. That’s likely because novels have more time to lay out how their magic works, whereas most visual mediums have at most a few scenes to explain things. But all the explanation time in the world won’t help if the author doesn’t properly understand how their magic works and what it’s capable of. Not every magic system has to be as detailed as Avatar or a Brandon Sanderson book, but a little consideration will take you a long way.

Who’s not actually dangerous, but Saru thinks she is.
Vulcans are also super strong, because they’re overpowered space elves.
At Mythcreants, we pronounce it “daymon,” AS GOD INTENDED.
Children with the correct cultural background, anyway.
At least, that’s what one group of mages calls it.
Well, she has lots of special powers, but we’re only looking at one today.

Q&A: How Do I Limit Shape-Shifting Powers?