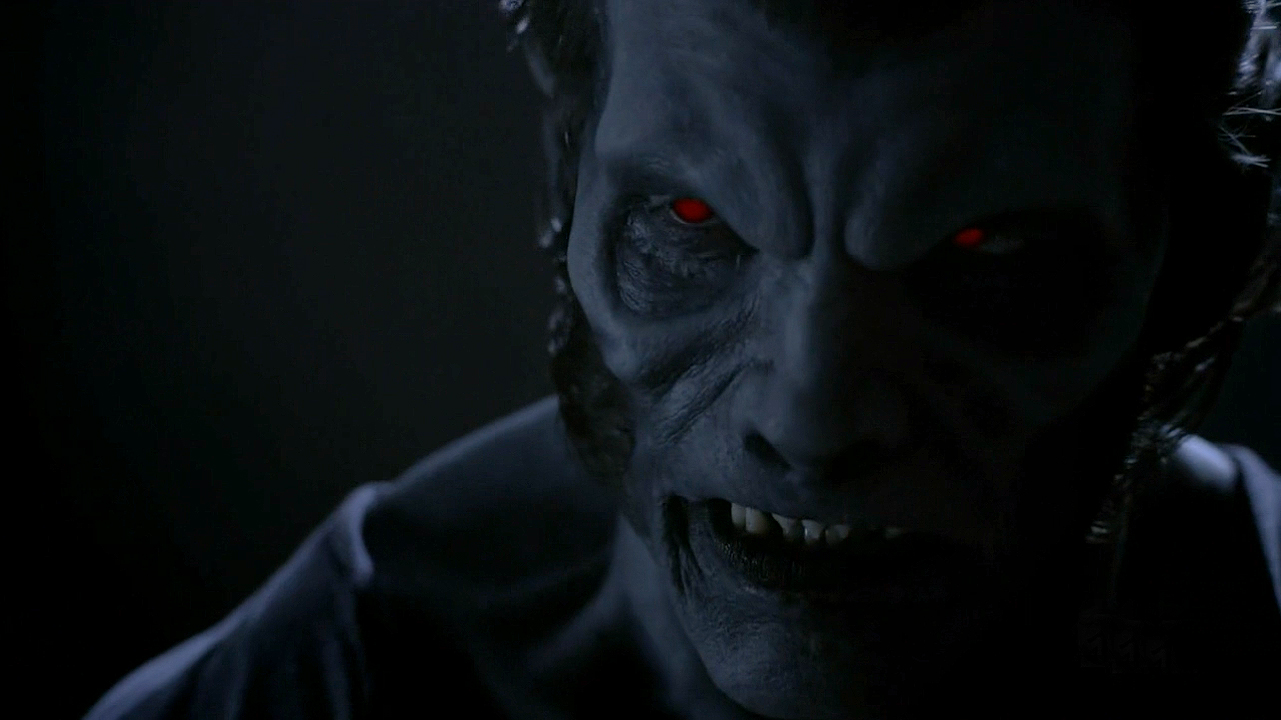 In real life, it’s all too common for unjust acts to go unaddressed. But in fiction, audiences want evildoers to get their comeuppance. If a misdeed goes unpunished, it creates a feeling of dissatisfaction. Plus, if a protagonist doesn’t care about justice, it makes them look like a jerk. Not a recipe for success.

And yet, many stories allow egregious injustices to go by without comment. Sometimes this is because the author wants to be dark and edgy, but more often they just don’t notice the problem. Take a look at these five examples so you won’t be that author.

1. Selling Bioweapons to the Borg, Voyager

At end of Voyager’s third season, our heroes discover that Borg space lies between them and the way home. It’s not clear why this is a surprise, since Starfleet has known about the Borg for years, but that’s not important now. What is important is that the Borg are in the middle of a war with Species 8472, and the Borg are losing. Within a few months, the greatest scourge of the Star Trek universe will be annihilated.

Voyager’s crew takes one look at this and decides to help the Borg out. They do this based on the testimony of a three-year-old telepath who claims 8472 is even worse than the Borg. Nevermind that said telepath can’t control her powers at all, and that she only got a partial read off of a single 8472 in the middle of a battle.

Armed with this ironclad logic, Voyager offers the Borg deadly bioweapons* in exchange for a free pass through their territory. Voyager even enters 8472’s home dimension and deploys the weapons itself. Species 8472 takes heavy casualties and withdraws. The Borg have won.

Surprising absolutely no one, it’s later revealed that this was the wrong choice. Species 8472 weren’t worse than the Borg; they were just defending themselves and were really confused when Voyager attacked them. This means Voyager is responsible for an unprovoked attack and for all the destruction the Borg will go on to cause.

In acknowledgement of their terrible mistake, the crew of Voyager does… pretty much nothing. They do give 8472 information on the bioweapons, but only to stop 8472 from attacking them. They don’t even make a formal apology. Great job, Voyager! The galaxy is so much safer with you around.

In the Teen Wolf universe, every werewolf pack has a single alpha. The alpha is not only in charge, but also they’re physically more powerful than normal werewolves. You can spot them by their red eyes. At some point, a werewolf named Deucalion came up with a bright idea: “what if my entire pack was alphas?”

Seems fine, until it’s revealed that Deucalion recruits alphas by convincing or forcing them to slaughter every member of their old pack. He’s murdered plenty of people with his own hands and coerced others to murder as well.

The first arc of season three focuses on Deucalion trying to recruit two of the main characters. He’s as ruthless as you’d expect, causing several deaths before the good guys finally defeat him through some magical shenanigans.

And then they just let him walk away with a stern talking to. Seriously, they give him a “change your ways or we’ll come after you” speech and then he just leaves. Not only do they have no assurance that Deucalion won’t go back to his old ways the moment he’s out of sight, but also they couldn’t stop him if he did. You see, the magic shenanigans they used were a one-time deal, and without them Deucalion is practically unstoppable.

Even if the good guys had some guarantee that Deucalion had changed his ways, it wouldn’t be enough. What about all the people he hurt and killed? Was there nothing they could have done to inflict a harsher penalty than “shame on you?” We’ll never know because they don’t try.

South Coast is a scifi novel about fishing. Not space fishing, regular fishing on an alien planet. But for Earth fish. I promise it’s more exciting than it sounds, okay?

Our heroes live an idyllic existence hauling trout and mackerel into picturesque villages by the sea, employed by a large company. That is, until new orders come down from the bosses, orders that raise the fishing quotas to impossible levels.

The increased quotas come without any explanation, and our heroes rightly wonder if they’re being set up to fail. They do their best to bring in more fish, but it’s clearly not going to work. So they start an investigation, in case the bosses are intentionally devaluing the company to work some financial trickery.

Even as the heroes investigate, they work as hard as they can to bring in fish. The whole community pitches in, sacrificing their free time and even going without sleep. Still not enough. Finally, a corporate representative arrives and explains what’s happening: there’s no plot here; the bosses just expected our heroes to invent a way bring in previously impossible amounts of fish.

For some reason, our heroes respond to this news not with anger but by redoubling their efforts. They act as if this whole thing is their fault somehow, and their eventual solution is so dangerous that it takes literally a miracle from the gods* to prevent people from dying.

The bosses are treated like geniuses for embarking on this reckless plan without even consulting the experts on the ground. The lesson is that you should always do what your boss says, no matter how absurd it sounds, because they have your best interests at heart. They promise. This is why we need space unions.

Fables is a graphic novel about fictional characters exiled from their magical realms into the real world. These characters are collectively known as fables,* and have all your public domain favorites like Snow White, Rose Red, and the Big Bad Wolf.

For some reason,* the fables have decided they must keep their existence secret from humans. That’s fine for the human-looking fables; they can easily blend in. But the non-human fables have a much harder time. The solution is that any fable who can’t pass for human must live on a patch of land in upstate New York called the Farm.

Whether it’s the three little pigs, St. George’s dragon, or the giant of beanstalk fame, all non-human fables live permanently on the Farm. They can’t ever leave. You can imagine how that might cause some resentment. To make matters worse, the fable government is based in NYC and is made up entirely of human-looking fables, so the non-humans have little or no say in how they are governed. The human-looking fables talk about how devoted they are to the Farm, but few of them venture there unless there’s a problem.

As a final insult, a human-looking fable was chosen to run the Farm. With no legitimate means of addressing their grievances, the non-human fables eventually turn to political extremists and rise in bloody rebellion.

The human-looking fables quickly put the rebellion down and behead its leaders. Then they place another human-looking fable in charge of the Farm, and the story acts like the problems have been solved. The good guys won, everyone can go home. Except the non-humans’ grievances were never addressed. The rebellion’s underlying causes are still there, and it’s inevitable that they’ll boil over again. The author might think he addressed the problem, but anyone who’s taken a political science class can tell you it’s only a matter of time before more blood is shed.

I had to dig a little to find the four previous items on this list, but not with Enterprise. In fact, Enterprise has so many examples of unaddressed injustice that I was spoiled for choice. There was the time when Captain Archer and Doctor Phlox let a whole species die in the name of non-interference. Or the time the Xindi killed 20-million humans on the advice of a weird time traveler.

But no, I’m going with the time Enterprise was sent to protect a freighter from pirate attack and instead decided the pirates were the ones who needed help. The situation is pretty simple: Archer gets orders to stop exploring for a minute to help out a damaged freighter. He learns that piracy is so common that freighters routinely arm themselves and that casualties are frequent. Why stopping this wasn’t Starfleet’s first priority is anyone’s guess.

When Enterprise arrives, they find that the freighter crew has hatched a plan to destroy the pirate base. Archer orders them to stop, but not so he can find another solution, Archer just doesn’t want a bunch of murderous pirates to get hurt.

The freighter captain tells Archer where he can shove it, and the freighter goes to attack the pirate base anyway. Archer chases the freighter down, even though he has no alternative for stopping the pirates. To his marginal credit, Archer does grudgingly prevent the pirates from destroying the freighter, but then he just warps away and acts like the problem is solved.

I haven’t read the Starfleet charter, but considering that one of Starfleet’s roles is to defend the Federation from attack, this is an odd move on Archer’s part. He deliberately leaves vulnerable civilians at the mercy of a hostile force, and he even stops them from mounting their own defense. This is the opposite of his job. If Starfleet were a real organization, he’d have been court-martialed on the spot. Instead he’s left to go on bumbling his way across the final frontier.

If you write an injustice into your story, it builds an expectation of karmic retribution. That retribution can come in the form of punishment or atonement, but it must be present. Otherwise, your characters will look like jerks for letting an injustice slide.

How Voyager created these weapons when the Borg couldn’t is another question.
This isn’t as random as it sounds, the book spends quite some time building up the planet’s religion.
I promise that won’t be confusing
I literally don’t remember what it is, or if it’s ever stated.