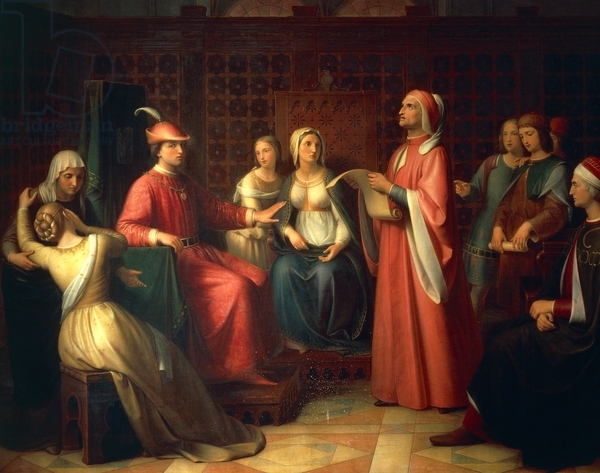 Dungeon crawling can be fun, but sometimes we want something different. Instead of following Frodo on his long walk to Mt. Doom, you might want to focus on the Elven leadership as they debate the future of their people. Perhaps speeches in the Roman Senate are more your style, or cyber-campaigning in the far flung future. Political intrigue games open up a plethora of new roleplaying options as the PCs wheel and deal for the slightest advantage, or send assassins in the night to perform dark deeds. Political intrigue also presents new difficulties, because it’s more open-ended than most traditional adventures. GMs need to be ready for the challenges if they want to reap the rewards.

1. Build Investment in the Setting First

In a traditional adventure, the GM can toss out a slavering monster and watch the PCs react, usually by drawing weapons and charging forward. Most political intrigue games will involve fewer direct threats to life and limb, so they require more active players. PCs have to plot and scheme all on their own, and that requires serious investment in the world. Players have to care about what’s happening around them; otherwise, the game will quickly peter out.

The easiest way to accomplish this is by using a preexisting setting that all of the players are familiar with. Firefly works great, because it’s almost universally loved and there isn’t a ton of material for neophytes to absorb. If someone in your group is unfamiliar with the ‘Verse, you need only send them home with a tragically short season of DVDs, and by next week they’ll be ready to go.

Other popular settings can work too, of course. Star Wars, a Song of Ice and Fire, the list goes on. Most people will at least understand the basic themes of these settings, even if they don’t know a lot of specific facts. Be wary of using a more obscure setting, even something really good, because most players are not eager to do homework.

GMs who have their own world to showcase must be extra careful. Build up to the intrigue slowly. Give players a chance to get to know the world before they start shaping its destiny. If possible, run an entire prequel campaign with the sole objective of getting the players invested in your world. This is time consuming, but it can work wonders. Players who have spent months fighting to defend their city/nation/space colony will almost always develop powerful opinions on how it should be run.

At their heart, most political intrigue games are about a handful of major issues. Different characters will struggle for power because they have sharply opposed points of view on certain elements of their society. Vampires may spar over whether they should be taking human blood by force, while wizards argue over the ethics of demonology. The key is that whatever issues are at stake must matter to your players.

Avoid issues that are too obscure or overly complicated. Esoteric arguments about the finer points of scripture will leave players bored and confused. That isn’t to say you can’t have a complex issue, but it’s better to err on the side of simplicity. If your players demonstrate strong interest, then you can delve further into the minutia. By the same token, avoid conflicts based on a trivial difference, unless you’re trying to inject humor into your game. Players will have a difficult time taking the game seriously when they find out the entire conflict is based on a biblical typo.

For the best results, make the issues in your game parallel issues in real life. Model the anti-cybernetic crusaders after modern day homophobes. The conflict over dwarves fleeing their collapsed mines can be a stand-in for modern immigration issues. Good speculative fiction has been doing this for a long time, and it will make your game stronger. Even if the players don’t realize what’s going on, they will have an easier time identifying with conflicts that are like the ones they see in the real world.

3. Break Up the Intrigue

Even if the GM does everything right, no game should be all intrigue all the time. Dealing with complex political divides is tiring, and players will need to recharge by dealing with a problem that has no moral uncertainty. Without the occasional break, players will eventually burn out and lose interest, which is about the worst thing that can happen to an intrigue game.

These breaks can take the form of an action sequence, but something longer is often required. With this in mind, plan out the occasional session that deals with more straightforward problems. These can take many forms, depending on the campaign. The debate over using airships as strategic bombers* could be interrupted by a seemingly uncatchable serial killer. Titan Colony’s mayoral election can be temporarily overshadowed by an emergency in the environmental systems. These pauses in the intrigue should be tailored to each group,* but they should always give the PCs a chance to recharge their mental batteries.

For greater efficiency, GMs can find ways to integrate these break stories into the greater plot of political intrigue. Perhaps the murderer is related to someone important in one of the factions, or the environmental malfunction was deliberately set up as a cover for something else. It can be a great way to introduce a new plot thread, because there’s already player investment.

PCs can only be unthinking agents for so long before they start to have ideas of their own. If the GM has done their job correctly, the players will have a strong investment in the setting, and that investment can only grow stronger when they pursue their own agendas. It might seem easier to have the party all be minions of a major NPC, but this approach will not pay off in the long run.

If your conflicts are even remotely interesting, the players will have opinions about them. Don’t worry if those opinions aren’t in line with yours; that just means you’ve done a good job presenting all sides of an issue. What’s important is that the PCs are in a position to act on those opinions. If the game is about an election, at least one PC should be in the running. If it’s about the fall of a King, then the PCs should be leading the charge against the royal palace, or possibly defending it.

This requires letting go of some control, and that can frighten GMs. When you give PCs power within the setting, they may not always use it in the way you expect. However, this is even more reason to do it. Roleplaying games are everyone’s story, so it’s vital that GMs allow players to shape it.

The results will speak for themselves. When their characters have an active stake in what’s happening, players will bring all of their creativity to bear on moving the story forward, instead of coming up with new ways to distract each other. The story should always be about the PCs when possible, and making them active participants is an easy way for that to happen.

5. Let the PCs Be on Opposing Sides

This last one is the trickiest, because it involves the thorny issue of PVP. At the same time, it’s a great way to make the story even more about the players. A Song of Ice and Fire game will be far more interesting if both Eddard Stark and Jaime Lannister are PCs. Allowing the PCs to oppose each other means greater spotlight time for the players. When the PCs are their own antagonists, there’s no need for the GM to spend a lot of time developing an NPC villain. It also helps the PCs develop as characters, because it removes some of the restrictions that come with a more traditional set up. The players don’t need to censor their character’s growth to match what will best serve the party’s interests.

A GM should never force the players into opposing each other, but if it happens naturally,* then it should be cautiously allowed. That said, some groups can’t handle PVP of any kind, and GMs should always go with their better judgement.

Assuming political PVP is something your group is okay with, then the first thing to do is establish a framework for it. Rather than letting the game become a complete free-for-all, the GM should ensure that all parties involved have approximately the same opportunity to influence the situation. One option is to keep numerical track of how well different factions in the game are doing, with bonuses and penalties awarded based on the PCs actions. This works especially well in games that have a clearly defined climax point, like election night, or the Senate’s last day in session, when the major issues must be voted on.

Make sure any political PVP doesn’t escalate too far. Having two PCs run head to head for the Federation Presidency is great, but it’s not so great when one of them tries to poison the other. Intrigue works well as a forum for PVP because it’s non-combative in nature, and any inter-party conflict should be kept in that arena. Make sure the players are comfortable with the idea of opposing each other’s goals without resorting to murder. It helps if the PCs have already adventured together, perhaps as part of a prequel campaign to get them invested in the world.

While PVP, even purely social PVP, is always a challenge, it opens up brand new possibilities for your game. The same is true of political intrigue in general. It’s certainly easier to run a game about fighting goblins or hunting down space pirates, but the extra difficulty is well worth it. Some of humankind’s best stories are full of political intrigue, from 14th century China’s Romance of The Three Kingdoms to the more recent West Wing TV series. These kinds of stories reveal who a character is and what really matters to them, and that’s what lies at the core of a good roleplaying game.

An actual argument from one of my games.
It doesn’t do much good to have orcs attack when none of the PCs can fight.
and knowing PCs, it probably will.

Comments on Five Tips for Running a Political Intrigue Campaign