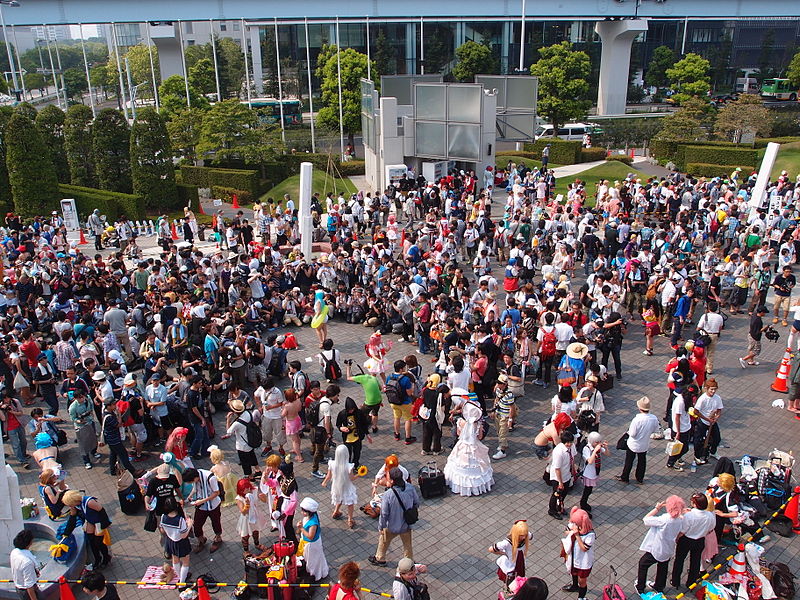 Image by Guilhem Vellut used under CC BY 2.0

Sometimes you have a lot of friends, and they all want to be in your games. That’s great. More players add variety and cool ideas to your campaign. Think of all the new stories you’ll be able to tell. But large groups present new problems as well. The spotlight can only be split so many ways. Each PC’s story takes up room in your brain. Different GMs have different definitions of what constitutes a “large group,” but the issues are the same. Whether your upper limit is five, six, or seven,* you’ll run into the same problem. Each new player adds more demands to your game. Fortunately, these five tips can get you through your high population campaign.

As storytellers, we GMs try to develop the people in our PCs’ lives. These NPC relationships provide great avenues for drama and conflict. A character’s cat-burglar aunt might get them in with the local Triad gun runners. Their childhood friend can clue them in on a mysterious plague sweeping through their hometown. These stories mean more if the NPCs are present in the game before they deliver a plot hook.

In large games, this is difficult simply because of time constraints. If you give each PC even two or three meaningful connections, that’s at least a dozen NPCs for a six-player game. Who has time for that? Seriously, there’s no way you’ll be able to develop that many NPCs. They’ll blur into a parade of faceless manikins, impossible to remember or care about.

With a lot of players, you’ve got to be more efficient with your NPCs. Making the PCs related lets you do that. One aging swordmaster can mentor multiple characters. The family daimyo’s crazy orders affect everyone when the entire party is sworn to his service. When NPCs are connected to multiple PCs, you’ll actually have time to develop them.

The PCs’ relationships can come in many forms. They might be actual blood relations, all born or married into the same noble family. Alternatively, they can all be part of the same tight-knit group, an elite military unit or an independently owned company. So long as they know the same people, it’ll work.

When multiple party members are connected through the same NPC, it’s easier to get them involved in each other’s story as well. For example, Redaxe the Orc is the husband of PC Bob and teacher* to PC Laura. When Bob is threatened by a gang of elven street hooligans, Redaxe asks his favorite student for help. Bob gets the story of testing his marriage, while Laura plays out an arc of proving herself to her teacher.

If your group enjoys putting out hex grids and figuring out attacks per round, this one’ll be a bummer. Enjoy it or not, combat takes time, and you can’t afford that when your game is at capacity. A fight with six or more players can easily stretch into multiple hours, and that’ll crowd out your story.

When avoiding combat, it’s best to choose a system where combat doesn’t play a big role. Primetime Adventures (PTA) is a great example. With simple mechanics for resolving conflict, PTA scales up easily. Since it has no rules for combat, you won’t be missing anything by not using them. Mouse Guard is another good option. While it does have rules for combat, they can be discarded without much trouble. Instead, you can resolve any confrontation with a single roll and move on.

If you’re stuck with a combat heavy system, do not despair. One-roll resolution still works; you just need to be sneaky about it. The biggest issue with ditching combat is that many character abilities become worthless. What good is an ability that gives you two attacks per round when you never use rounds? Ideally, you could forbid those options in character creation, but sometimes we don’t think that far ahead. Instead, when you have PCs make a single roll to resolve combat, take into account their various abilities.

For example, suppose you decide that combat should be resolved with a roll of Agility+Sword. That’s great, except PC Sandra also has a high strength score. Her strength should give her an edge in a fight, but it’s not represented here. When she fights opponents with a lower strength score, you should give her a bonus die or two to represent that advantage. Same goes for PC Avery’s special feat that gives him an initiative bonus. You don’t need to represent every single ability – you probably won’t remember them all – but getting the major ones is important.

Without combat, you can spend your precious session time developing the characters and their stories.

3. Use Rules for Cooperation

Even without combat, you may find players messing with their phones or otherwise not paying attention as they wait for their turn. With a big group, it takes time for the spotlight to shift. To deal with this, help PCs work together.

When PCs know they can mechanically assist another character’s roll, they have an incentive to pay attention in scenes other than their own. For example, Niwa Minase is spreading rumors that her position at the negotiating table is much stronger than it actually is. Normally, that scene would be Minase’s player describing her action and then rolling for it. But if other characters can lend assistance, it gets them involved. One might use their Sincerity skill to convince others the rumors are true, while another might employ Intimidation to silence any detractors.

Some games, like Burning Wheel or Torchbearer,* already have robust rules for one character helping another. If your game of choice has them, then you’re set. If it doesn’t, or if they’re inadequate, here’s a simple house rule that will work for most systems. When a player announces their intent to make a roll, ask if anyone else would like to help. Anyone who does can make their own roll at a lower difficulty. A success grants the original player a small bonus. If you want assisting to be a tactical choice, attach a small penalty for failing a help roll. Niwa Yoshi tried to help Minase spread her rumors, but he was overly earnest, and now Minase’s roll is harder as other socialites become wise to her.

When determining if a skill or ability can be used to help, be generous. If Minase is using her Courtier skill to spread rumors, it’s reasonable that similar social skills could be used to assist her. So long as nothing gets too unreasonable, err on the side of letting players contribute – Lore: Geology might be a stretch. Whatever skill or ability they use, encourage your players to describe how they’re assisting before you let them roll. Getting them involved in the scene is the whole point, after all.

4. Link Tangents to the Plot

PCs go on tangents. This is a fundamental truth, like water being wet, and only the even-numbered Star Trek films being any good.* In a large game, this is just as big a problem as combat. When five or six players go on tangents, it doesn’t leave room for the story.

Unlike combat, you can’t decide not to have tangents in your game. Trying will only make your players feel railroaded. Instead, you must harness the tangents for good.* In a less crowded game, you can let a player’s tangent run its course and then return to the main story. When your campaign is filled to capacity, you’ve got to make that tangent part of the main story.

For example, your story is about stopping the rule of a tyrant king. Simple enough. Now, one player decides their character needs to spend some time communing with forest spirits. You can tell they’ll be doing this again and again as the game goes on. Instead of quashing the player’s druidic dreams, have them stumble onto a plot thread. While tromping around in the woods, they discover that the tyrant king is forging an alliance with an angry tribe of dryads.

Now the player can channel their energy in a way that furthers the story, rather than distracting from it. You know they’re interested in wandering through the forest, and now that urge is bent in a constructive direction. With this method, you can encourage PCs to interact with each other. In the same example, another player might spend all their character’s time searching for material to forge the perfect sword. You can get the two players to cooperate by sending a cryptic vision about how a shard of star metal has crashed in the deepest forest, and it must be removed to restore the balance. Now both players are invested in the same story.

This method requires a lot of improvised GMing, so your plot may not be as neat and orderly as normal. That’s ok. You’ll get better with practice, but the most important thing is to keep the story moving. When you have a lot of players, that takes precedence over narrative neatness.

5. Use Your PCs as Foils for Each Other

With so many characters, sharing the spotlight is difficult. If one PC is having a back and forth with an NPC, that shuts out everyone else until the scene is finished. For greater efficiency, you can put another PC in the NPC’s place. This is a difficult technique that I only recommend for experienced GMs, but it has great rewards.

In a traditional game, the queen’s adviser might meet secretly with a PC, to tell them that the monarchy is planning a takeover of parliament. That’s a good plot hook. But if your game is full of PCs demanding screen time, you could have one of them deliver the information instead. Then you have a scene with players talking to each other.

This trick works for any kind of story in which a specific NPC plays a pivotal role. If your story is about restoring a deposed president to power, you can make the president a PC. Same with the mysterious wizard who knows the future or the last survivor of a lost alien race.

The challenge is staying coordinated with your plot-relevant player. They’ll need to know ahead of time what you’re planning and have a general idea about where the story should go. You can’t just throw together a few notes an hour before the game; you need to give them advanced warning. When possible, choose a player who’s played with you before. Someone you have history with will better understand where your story is going without needing it spelled out.

This method delegates some of your authority to a player, so it’s not to be undertaken lightly. But if it works, your players will get a greater share of the spotlight. That’s the key to all of these tips. Anything you can do to prioritize your time will serve you well. When there’s time for every player to participate in the story, their creative energy will lift your game to new heights.

Are you a robot or something?
Axe teacher, of course.
Or anything else Luke Crane’s worked on.
It works if you slot Galaxy Quest in after Nemesis!
Or possibly for Science!