Image by epSos.de used under CC BY 2.0

You’ve been roleplaying a diplomat and really getting into character. You want eternal enemies to put aside their differences, but the dice just won’t deliver. If only your good roleplaying could pay off with some extra oomph to your roll.

Fortunately, many systems have such a mechanic. Call them Drama Dice, artha, or Kiai points, these meta currencies all serve a similar function: incentivizing players to roleplay in a certain way. Players buy in through character actions and then get currency they can use to influence the story. Of course, each system has its own strengths and weaknesses, and it’s important to know them when deciding which is right for you.

In this high-seas adventure, if you want bonus dice, you’ve got to quip like a black-hearted pirate. Drama Dice are earned whenever a character does something to reinforce swashbuckling themes. This includes witty repartee, swinging from chandeliers, leaping to the defense of your true love, and so on. Mechanically, Drama Dice can be spent without limit on any roll, before or after the dice fall.

Drama Dice are simple and straightforward. If your character wants to accomplish something difficult, spend them until you get there. You don’t have to take anything else into account. This is a big help when trying to create an environment where the heroes can reliably accomplish great feats, but only when it’s dramatically convenient.

For all their simplicity, Drama Dice are not terribly functional. Because they’re awarded in play, they tend to be granted far more often for comedy than for drama. When a PC does something dramatic, it reinforces the narrative flow. No one thinks to hand out a Drama Die because everyone’s too busy waiting to see what happens next. When a PC does something funny, everyone stops to laugh, and giving a Drama Die seems obvious.

Perhaps worse, the game encourages you to hoard Drama Dice. Any you don’t spend become experience points, which are otherwise few and far between. This has the bizarre effect of characters who perform fewer impressive feats and advance more quickly. 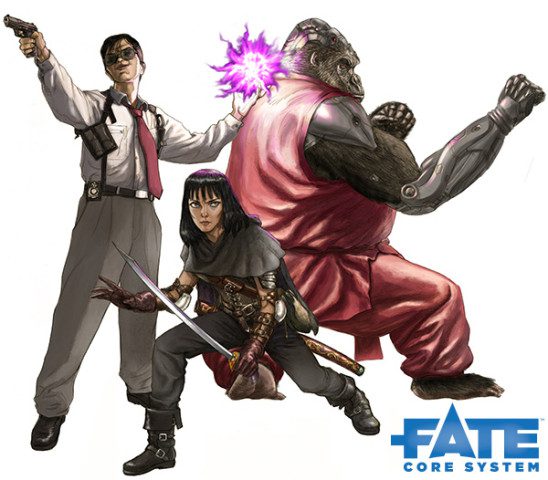 The aptly named fate points are earned and spent by playing to a character’s aspects. Aspects are short, descriptive phrases that say something important about the character. A PC with super speed might have an aspect like “Fastest Mammal Alive,” for example. When an aspect is beneficial, fate points are spent on it to generate bonuses. When they are detrimental, players receive fate points for playing them up.

Fate points are baked into every aspect of the Fate system. Where Drama Dice compliment core abilities, fate points are themselves the core ability. While Fate characters still have a variety of skills, they aren’t nearly as important as the number of aspects and fate points you can bring to bear.

Because fate points are so important, they really encourage playing to your character’s aspects. Since aspects are central to who your character is, this becomes a positive feedback loop. Players get super into character because doing so is hugely beneficial. Aspects are very specific, leading to distinct and memorable characters. For players who enjoy control over their rolls, the importance of fate points over the actual dice results means fewer nasty surprises. 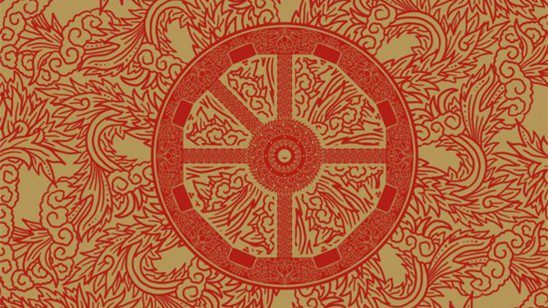 The previous systems were both abstract and lighthearted; Burning Wheel is anything but. In this gritty fantasy game, artha is earned after each session based on how well a player stuck to their beliefs. Sometimes, even more artha is earned by playing against a belief. In fiction, this is when a character’s journey makes them reconsider what they once held to be true, as with Han Solo coming back to help Luke at the Death Star. That was in direct violation of Han’s “Fighting the Empire is pointless” belief.

Because artha is awarded at the end of the session instead of in the middle of play, it’s easier to make sure everyone gets their fair share. Since you don’t have to stop the action, people whose roleplaying kept the story moving are more likely to be recognized. There’s also little ambiguity on when to award artha, as the conditions for doing so are very specific.

Burning Wheel has multiple types of artha. Fate* is the easiest to get and the least powerful. All you need for fate is to generally stay in character. Next comes persona, which you get for really deep roleplaying: epic revenge speeches and the like. Finally, deeds is earned for the completion of campaign-scale goals, like defeating the six-fingered man who killed your father. Having different types of artha means players who really put their all into roleplaying can reap greater rewards.

Artha also appears in Torchbearer,* where it’s part of a neat leveling system. While a character’s skills and attributes still level up based on how often they’re used, your class level is determined by how much artha you’ve spent. This encourages players to roleplay, thus earning artha, then spend that artha to do cool stuff. It combats the temptation to hoard that’s so common in other meta currencies.

Despite the leveling features of Torchbearer, characters often accumulate more fate artha than they can spend. While hardly useless, fate is situationally specific. If the correct situations do not arise, then there’s no opportunity to spend it. Deeds artha also presents a problem: it’s near impossible to get and so powerful as to be potentially game-breaking. It’s telling that later games from Burning Wheel HQ, such as Mouse Guard, dropped deeds entirely.

Artha is also one of the few meta currencies that is mostly spent before a roll is made. While some players enjoy the added risk, others will get frustrated if they spend a bunch of points on an important roll, only to fail anyway. 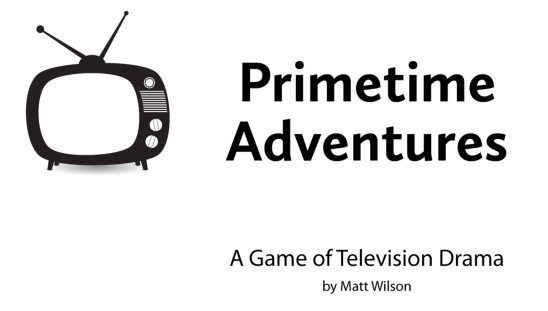 While Fate’s meta currency is central to playing the game, Primetime Adventures’ (PTA) is even more critical. Besides fan mail, characters have a maximum of three or four other stats. The rules for earning fan mail are even looser than those for earning Drama Dice in 7th Sea. It boils down to “Did one of the other players like what you were doing?” In conflicts, fan mail is a player’s primary source of power, a larger factor than any other ability.

Like most of PTA, fan mail lets you tell your story and doesn’t get in the way. It’s simple to hand out and simple to spend. Because PTA is played in discrete scenes, it’s easy to award fan mail after the exciting action has passed. This avoids the problem of more currency going to players whose antics interrupt the narrative. Fan mail also strikes a good balance between guaranteeing success on a roll* and letting players fail despite spending lots of resources. Because players always know how difficult a roll is going to be, they can decide for themselves if it’s worth risking precious fan mail.

If your group is at all generous, fan mail will accumulate faster than most players can spend it. While this isn’t the worst thing in the world, it does feel a little silly to reach the finale session and then blow through every challenge on a tidal wave of fan mail. The other major problem is that according to the base rules, the GM can’t give out fan mail, only players can. This is a serious issue because the GM is often the one paying closest attention to each player as they roleplay. 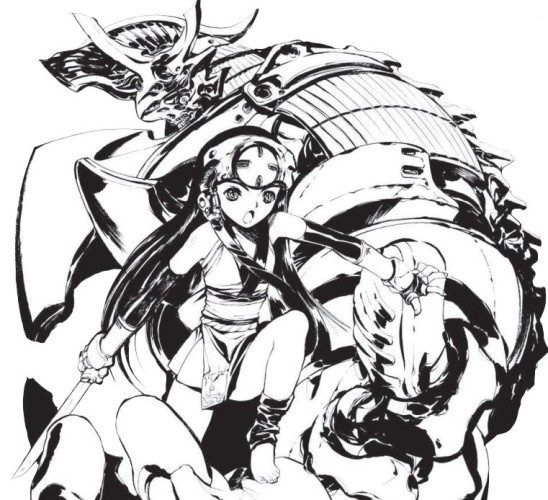 Tenra Bansho Zero (TBZ) has by far the most involved meta currency system I have ever seen. Not content with just one, it has both Aiki and Kiai points. First, a player gets Aiki for roleplaying in line with their character’s Fates,* plot-relevant chunks of backstory. Once a player has Aiki points, they convert those points into Kiai during breaks in the action. Then they spend Kiai to perform incredible, high-action anime feats.

For all their complexity, Aiki and Kiai points make TBZ feel like the over-the-top, dramatic action-fest it’s supposed to be. Your character is fairly capable on their own, but with the help of Kiai, they can tear the earth asunder and cross blades with gods. Because TBZ is by default a game of one-shots, there’s no incentive to hoard Kiai. It won’t do you any good next week, so be sure to spend it all now in a galaxy-shattering final attack.

Did I mention TBZ was complicated? Converting Aiki points to Kiai points is a headache, and then figuring out how many Kiai points you can afford to spend is an even bigger headache. It’s not impossible, but it’ll put a serious damper on the action. This is a system to be attempted with only the most dedicated of players.

Far more meta currency systems exist than we have time for today, but these five are a fairly representative sample. Meta currency is often a game’s heart and soul, so it’s important to know which one you want before choosing a game. You might even find you prefer games like Pathfinder or Call of Cthulhu, which have no meta currencies at all.

Not to be confused with fate points, from Fate. Sigh.
It’s called Rewards, but the mechanics are identical.
Technically a card flip. PTA uses cards instead of dice, but the principle is the same.
Ever noticed how often that word comes up in RPG discussions?