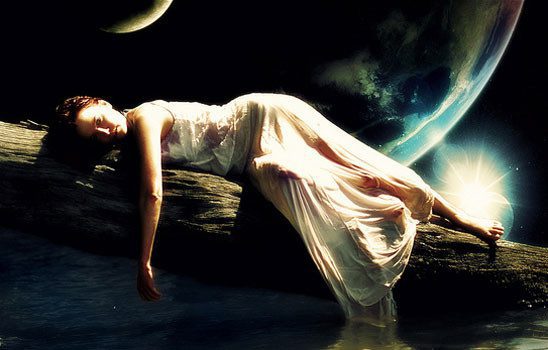 Symbolism creates another realm of meaning to explore. The following symbolic motifs feature ways we re-imagine our natural world, making them wonderful for bestowing ancient mysticism on your characters or simply adding playfulness to your story. You can invent an entire story around them or use them for a little flavor. Whether your motif stands in plain sight or hides between your lines, it will delight both you and your fans. Rise of the Guardians – Easter Den

We create holidays to recognize great events and celebrate the passage of time. A holiday can outlast civilizations, each culture making its own mark, until the traditions are unrecognizable. Molded into a character, perhaps a holiday would weep for times lost, their true name forgotten, their meaning distorted and mocked. Or they might embrace the new era, laughing at the latest memes, trying to forget the embarrassing antics of their past. They could become divided — twins representing the dual faces of holiday that cannot reconcile its own meaning. At Easter, one twin might celebrate fertility with a basket of dyed eggs and stuffed bunnies, while the other asks for prayer in remembrance of a great resurrection. Forever joined, the twins struggle, neither gaining the upper hand.

While many holidays are ancient, they are not universal. The spirit of American Independence Day might be trapped within the nation’s borders, looking across the Atlantic with longing. An Easter spirit traveling to India might meet Basant and exchange flowers and kites. Even at home, holidays would compete with the celebrations of other ethnicities and endure pestering from rambunctious youngsters like May the 4th or Pi Day. A new holiday sprouts under every pillow, but the ancient ones smile knowingly, certain that each youngster will fade before the century ends.

Of course, not everyone can be ancient or magical. Your character may be a normal boy in high school, but he loves Valentine’s Day. He doesn’t tell anyone because it’s supposed to be for girls, but he collects colorful foil and tissues from the school art supply to craft little hearts. He makes his hearts deep and rich, light and fluffy, or cool and lonesome. Then once all eyes are elsewhere, he slides them through the vents in the school lockers. These gifts are a mystery to everyone except the girl who wears the candy cane bracelet, and she’s not telling.

Works that use this motif: Rise of the Guardians, Nightmare before Christmas, A Christmas Carol Continuous and universal, no one escapes the cycles of time. Once dawn comes and day breaks, the sun blazes slowly overhead, then tires and slides down behind the horizon. The moment the sun is gone, twilight glows to life, only to be extinguished by night. This dance replays, shifting position as spring blossoms, summer grows, autumns falls, and winter descends. Humans are ruled by these cycles, just as they are ruled by life, death, and rebirth. The moon might be a woman that ages and dies three times each season, a slim maiden waxing into a mother before waning into the crone.

As characters, these positions of the cycle will endlessly chase one another. One is always present, while another approaches and a third departs. They will never appear at once, yet they cannot exist without each other. Even if Summer were to spite Autumn by refusing to fade, the emerald foliage and ripe berries would become thankless as the denizens forgot harsher days.

Nor can Summer hold off Winter forever. He stalks closer, threatening to camouflage all in darkness. He despises light and the life it brings. The Sun blinds him while its warmth scorches. The crawling, pattering creatures snap, whine, and growl endlessly. Winter will only be satisfied once those who have mocked the natural order with their light bulbs and heaters are no more.

But for the simple mortal, perhaps the night isn’t death. It is silence. It is peace. Your character waits until sunset, then lies on the cool grass of the park, listening to the frogs and crickets call into the night. Or he tucks his kids into bed and sits on the bedside chair, watching their chests softly rise and fall under squares of moonlight that were cookie-cuttered by the window pane.

At dawn his elderly mother finds him there, flush cheeks, hair frayed about her face and catching the morning sun. She skips in, shaking and trilling until the family’s at the table for breakfast. Then she hands the kids yellow chalk, to brighten the asphalt with scribbles and musings.

Works that use this motif: Lord of the Rings, where Arwen is the night and Galadriel the day. 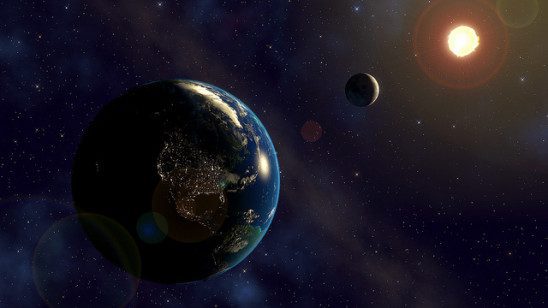 When creating characters from celestial orbs, you may find it useful that the word “planet” means wanderer or vagrant. They are the strange stars that meander through the night sky instead of staying put like a good star does. At least, that’s what the wise ones thought in ancient times, when Mother Earth was the center of the cosmos, and all her children recognized her foremost.

But now Earth could be another vagrant, the Sun replacing her in the minds of her children. That “majestic” Sun, crowned by his own brilliance. They say he feeds all life in her crib. Not true, she crosses her arms. The Sun never touches the deep crevasses in her oceans, where her children suckle from thermal vents. So there!

The other planets might lead a dual existence defined by their observer. To a watching scientist they are lifeless rocks or balls of gas. To others they are the gods of Olympus: one mustering for war, one pleading for peace, and another counting the ages. But let’s not forget, they could also be players on a little league baseball team, by far the strangest team in recent memory. Baseballs that should whiz past them alter their course, swinging around or pummeling the poor player squarely in the center, then sticking like velcro. Mercury had a sore crater for weeks. Pluto was disqualified from playing but still sits on the bench, hoping to be called in.

Other stories could be without planetary squabbles. Wise ones might be satisfied to sit on the belly of a nurturing Mother Earth, hearing her lullaby in a waterfall. They might relish the wind and warmth of Father Sky until night falls. Then the Moon appears, another eye on his face, looking down on Earth and lighting the path home. The stars twinkle overhead, whispering a secret code only they understand.

Works that use this motif: Sailor Moon The gods blessed the worthy, immortalizing them as constellations. Now a body of stars, they looked upon the hope and despair of the mortals below. Then they got bored. That’s why Taurus, Scorpio, and Sagittarius snuck back down to Earth. They urged the Gemini to come join them, but only Castor came. That’s just a liability, as his twin Pollux knows everything he does and could tattletale on them at any time. Castor swears he won’t, but they remember the last time he said that.

There’s no time for popcorn; on Earth they discovered portents of a war that will embroil both mortals and stars. Luckily the Sun, Moon, and rising sign will be in Sagittarius soon, imbuing him with power from the cosmos. The children born under his stars will flock to his banner, and like he mentored Hercules, Achilles, and Perseus, so shall he mentor the most worthy. When the vengeful spirits escape Hades’ imprisonment, the new heroes must be ready to drive them back.

Elsewhere in China, twelve people awaken to the call of the Jade Emperor. The first is a clever woman born in the year, day, month, and hour of the rat. With her awakening, old memories flood her mind. She is reminded of a competition to impress the Jade Emperor long ago, a competition she won. After her a woman of the ox awakens, then a man of the tiger, then the rabbit, dragon, snake, horse, goat, monkey, rooster, dog, and pig. They know why they have been called: they must restore balance. The rat is ready to lead them, yet she is afraid. Somehow she knows that a thirteenth person has awakened – the cat. Once the cat greatly desired to be chosen by the Jade Emperor, but instead he was cast away… because she betrayed him.

Works that use this motif: Fruits Basket 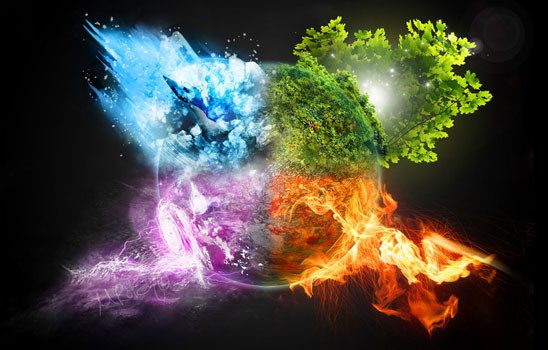 Mystics and scientists have ever sought the secret recipe for the universe. Surely the right ingredients could provide riches, preserve youth, or conquer death. Once the formula for transforming lead into gold is perfected, they shall use their new biomagnetic tools to discover the substances of spirit.

But Lily doesn’t know that; she just heard biomagnetic health treatments could tame her allergies. Ever since her first treatment, she’s spent every afternoon in the pool. She begins to feel dry as soon as steps out, barely making up for it with a gallon-sized water bottle. This routine has strained her friendship with Ash. He hates the water, but he’ll sunbathe by the poolside – so long as she promises not to splash him – and make little match rockets to shoot into the sky. Lily is concerned about his new match fixation, but he hasn’t burned anything down… yet.

They both get emails from another patient named Terra, who spouts crazy nonsense about strange transformations and the scientists experimenting on them, but they just throw her messages into the spam folder. They don’t know that elsewhere, someone named Cloud stares at his scale; it says he’s lost fifty more pounds since last week. He hasn’t left his tiny apartment in three days. He longs to feel the breeze outside, but he’s afraid it will blow him away.

Far in the future, after humanity has mastered the makeup of the universe, chaos is brewing. The Empress, who bears the power of Carbon, sends her knights of Mercury, Iron, and Aluminum to capture the Plutonium cult before it is too late. Even though she can make her enemies dance like puppets or compress them into diamonds, she feels powerless to stop Plutonium from gathering and destroying the world.

Works that use this motif: Avatar: The Last Airbender, Avatar: Legend of Korra, and Bound Beauty

Once you pick a motif, experiment. Consider how you can incorporate well-loved symbols while giving them a new, interesting form. Most of all, have fun. The more fun you have, the more fun your audience will have too.