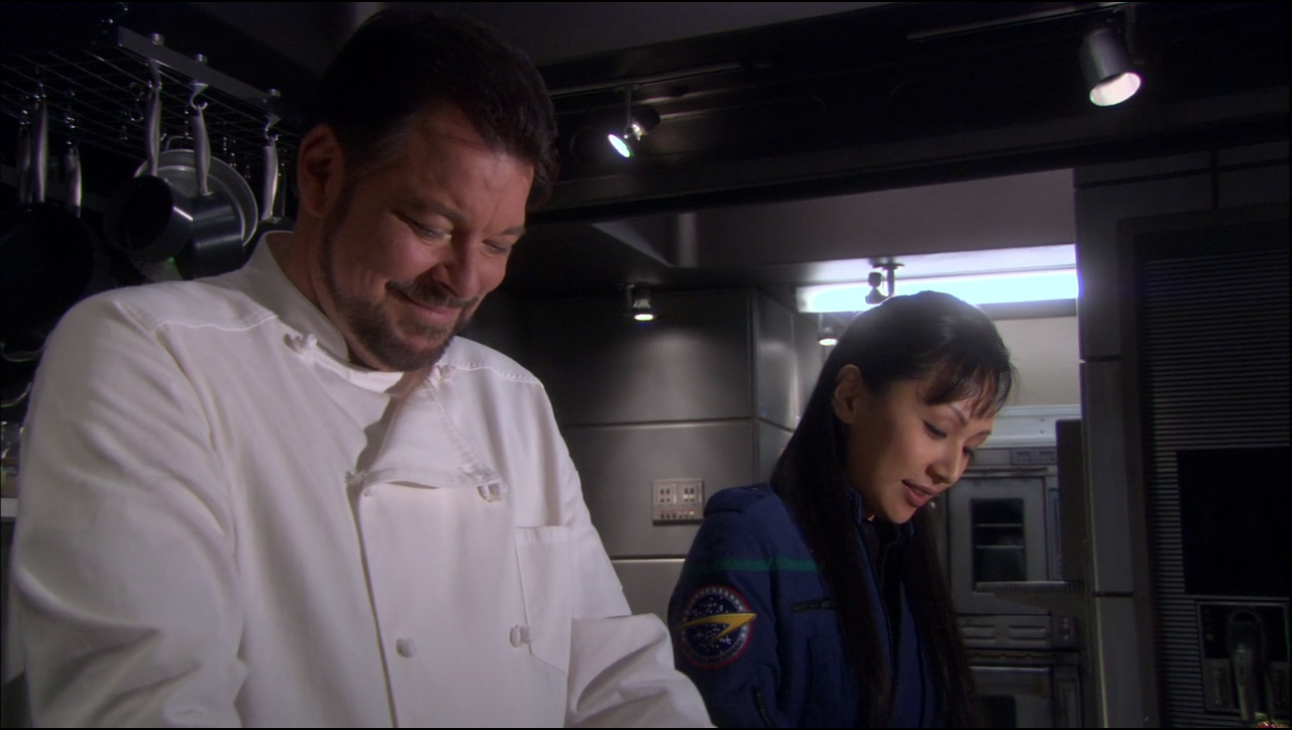 Ending with a well-executed reveal brings the whole story together. The audience finally knows what’s going on, creating enormous satisfaction. Unfortunately, reveals don’t always fit the rest of the story. They could be out of theme or contradict established facts. Instead of watching the story click together, the audience gets a bad taste in their mouth. Consider these examples. 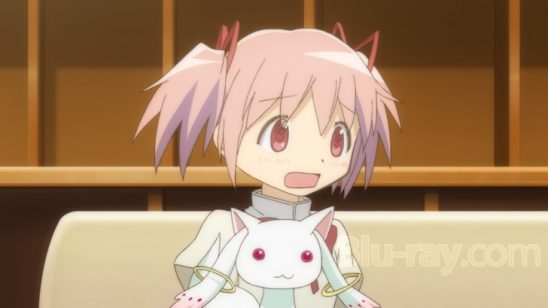 What, Oren is saying something critical about Madoka Magica? Has the world turned upside down? Don’t worry, the temperature of Hell remains firmly above freezing – it’s just that even the best stories have their weaknesses. In Madoka, that weakness is the reveal that’s supposed to explain everything.

If you haven’t seen the show, it’s a beautiful story of magical girls fighting monsters, only to eventually be corrupted by their negative emotions and turn into the monsters themselves. Magical girls gain their power from making contracts with a race of adorable creatures that look like a cross between a bunny and a kitten. The most prominent of these is named Kyubey.

But why do Kyubey and his kind continue to perpetuate this cycle of magical girls turning into monsters by creating more magical girls? Answer: to prevent the… heat death of the universe. Wait, what?

That’s right, in this story of magic, friendship, and emotion, Kyubey’s goal is to prevent the universe from reaching a point where it has no thermodynamic free energy and thus cannot support processes that will create more entropy. If you have no idea what that means, you’re in good company. I had to pause the show as Kyubey was explaining and go searching through Wikipedia. The final explanation is that Kyubey’s race gathers surplus energy from magical girls and feeds it back into the universe to stave off entropy – laws of thermodynamics be damned.

While this reveal does explain Kyubey’s actions, it doesn’t fit with the show’s theme at all. The obscure and distant apocalypse of physics feels exceedingly random in a show where sorcery and feelings are the prime movers of the universe. Kyubey might as well have said that he was creating magical girls in order to save penguins from extinction; it would have had the same impact.

Firefly died too young, with a bunch of storylines left unresolved. Fortunately, we eventually got the film Serenity to tie things up, and for the most part it did a decent job. That is, except for the reavers.

Reavers were, by far, the most frightening aspect of the show’s setting. They flew ships without core containment and were so brutal that being captured by them was a fate worse than death. They decorated ships with sculptures made of corpses and sometimes even converted victims to their ways. They were a scourge striking from the darkness of space, and their origin was a mystery.

So it makes perfect sense that Serenity wanted to explain what the reavers were. Unfortunately, the answer was that they were rage zombies. It turns out that the reavers were the unintentional result of a government experiment that upped the aggressive impulses of normal people until they were savage monsters.

This explanation created several logic problems. Why didn’t the reavers attack each other, if it was only increased aggression driving them? How did they run their ships without core containment? For that matter, how did they even maintain their ships if they were in constant berserker mode?

Suddenly the reavers went from an existential threat to, at worst, a generational problem. Within a few decades there’d be no reavers left, since they probably didn’t have a great childcare system. Worse, the film showed us that the reavers aren’t even that dangerous unless they have the crushing weight of numbers. Like zombies, they charge blindly forward until they’re all mowed down.

Serenity was a two-hour wrap-up for a story that was originally planned to take seasons, so perhaps the reavers’ reveal was curtailed for time. Even so, it was a disappointing explanation for a really cool group of bad guys. 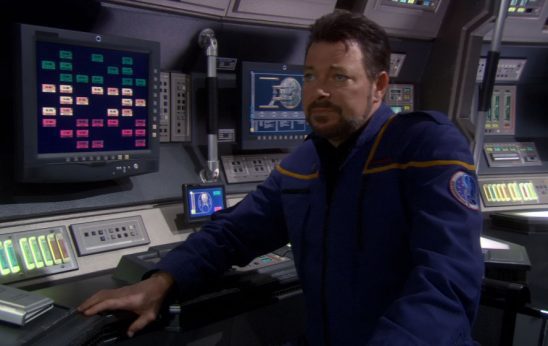 Enterprise isn’t a great show, but its fourth season managed at least some improvement. There was hope that the show’s final episode might make for a strong finish. Unfortunately, it was not to be.

The final episode focuses on Chef, the ship’s cook. While Chef is often talked about, his name is never stated and his face is never shown. Things get weird when Chef is revealed to be none other than William T. Riker, of Next Generation fame. It seems that Riker is running a holoprogram of Enterprise’s final mission, playing the part of Chef, because it gives him the best chance to talk with the other characters.*

This strange premise opens the possibility that all of Enterprise was Riker’s holoprogram. The show was suspiciously careful never to show us Chef’s face, even going so far as to use a support beam to hide his upper body in a season two episode.

But even ignoring that extreme conclusion, the reveal of Riker is bizarre. For one thing, it takes the focus of the story off the main cast. The final episode should be about putting a capstone on the show’s story, but instead it’s about a character from an entirely different show. It’s hard to get invested in what Archer and company are doing because the episode revolves around Riker. Enterprise wasn’t the most popular Star Trek show, but it still had fans, and depriving them of a real conclusion just seems mean.

Worse, Riker’s reason for running the program is nonsense. This is set during the TNG episode Pegasus, when Riker was torn between his loyalty to a former commanding officer and his obligation to Captain Picard. Supposedly, Riker is using the Enterprise program to get a fresh perspective on his problem, except the events of the episode have nothing in common with Riker’s dilemma. Enterprise’s final mission isn’t about divided loyalty or a complex moral issue; it’s a mundane story about rescuing a kid from space pirates. How is this supposed to help Riker decide what to do? 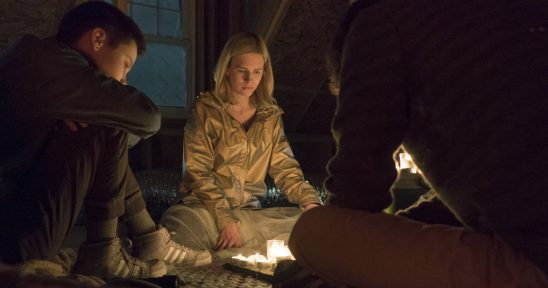 The OA was in trouble long before its finale. The show’s plot brimmed with boredom, confusion, and a dash of ableism, but it was all theoretically in the service of a mystery that would blow our minds. Did it? You can already guess.

The main plot focuses on a protagonist with the ability to receive messages from other dimensions. For the first few episodes, the other dimension was assumed to be Heaven, but at some point* it was switched to a parallel universe. The protagonist spends most of the show teaching her friends a bizarre dance that will theoretically send her to the parallel universe so she can find her boyfriend.

Then in the final episode, there’s a big reveal: everything the main character said about parallel universes* might be a delusion. The other characters find books and notes indicating that the protagonist was leading them on. This reveal is meant to make the audience question everything they’ve seen in previous episodes, but it falls completely flat.

For one thing, we already know the supernatural exists in this setting, because the blind protagonist miraculously gained back her sight in the first episode,* so the idea that she made everything else up just doesn’t fit. From a dramatic perspective, the reveal makes no sense either. If the protagonist’s tale is made up, then the entire story is pointless, so it’s obviously a fake out.

But the show isn’t done with weird reveals yet. At the very end, the protagonist’s friends perform her Dance of Dimensional Travel,* even as she is bleeding out from a bullet wound. The show ends with a sudden cut from the ambulance to the protagonist in a blank white room where she says the name of her boyfriend, then the camera cuts to black. This is actually an anti-reveal. Instead of answering questions, it just raises more. Did she make it to the parallel universe? Did she recover in the hospital? Is she still dying, and what we’re seeing is a delusion? Anyone who stuck through everything hoping for a resolution is just out of luck, I guess. 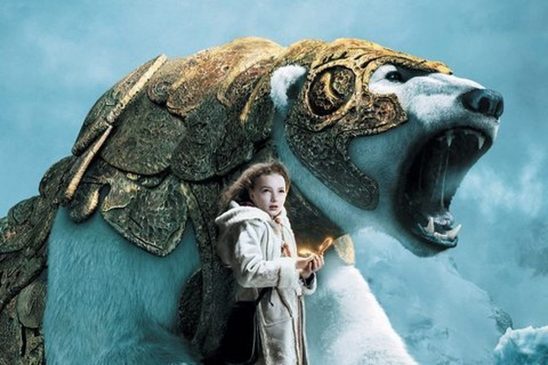 The first book in a trilogy, The Golden Compass is a thrilling tale of abduction and mad science in a steampunk world where everyone has their own animal companion called a daemon.* Protagonist Lyra allies herself with witches and armored bears in a quest to rescue kidnapped children from the General Oblation Board and its terrible plans.

As villains go, the Oblation Board isn’t messing around. In their northern fortress, they conduct dreadful experiments where they violently break the bond between child and daemon. Sometimes this process is fatal. Other times it only results in serious brain damage. Whatever the result, the experiments plant the Oblation Board firmly in the villain camp.

But why are they performing these experiments? That’s a question Lyra spends most of the book asking, and she doesn’t get a satisfactory answer even after she’s freed the kidnapped children and destroyed the Board’s laboratory. Finally, she meets up with her father, and he reveals the truth: it’s because of original sin.

That’s right, original sin, as in a lady eating an apple because a snake told her to. It turns out the Board is an arm of the Church, and they’re convinced that children’s daemons somehow link back to the Garden of Eden; severing them is the only way to save the children from the curse of original sin.*

This reveal feels incredibly silly because it is radically different in tone from the rest of the novel. Until the very end, the Golden Compass is about out-of-control science and marvelous fantasy elements. There’s barely any religion in it, let alone specific Christian theology. While the Church is present in the setting, it’s always distant and doesn’t seem to play much of a role in people’s daily lives. What little we do hear about the Church suggests it’s mostly concerned with political problems, not theological ones. This does not sound like an organization that would commit the resources necessary to kidnap hundreds of children and ship them to the frozen North. The bad PR alone should have been enough to sink the project.

If your story has a bizarre or confusing ending, it leaves audiences with a negative impression at the worst possible time. The ending is what people will remember and tell others about, and a strong one can make up for a number of other problems. By the same token, if the ending doesn’t fit the rest of the story, it can taint an otherwise excellent experience, and then the audience is unlikely to pick up the next part of the series.

Nevermind that we’ve never had any indication that the other characters talked with Chef before.
I’m seriously not sure when.
Or Heaven in the early episodes.
There’s that ableism I told you about.
Watch the video. It is hilarious.
We all want daemons – it’s just a fact.
It’s notable that this isn’t mentioned in any plot summaries I can find.

Comments on Five Stories That End With Bizarre Reveals