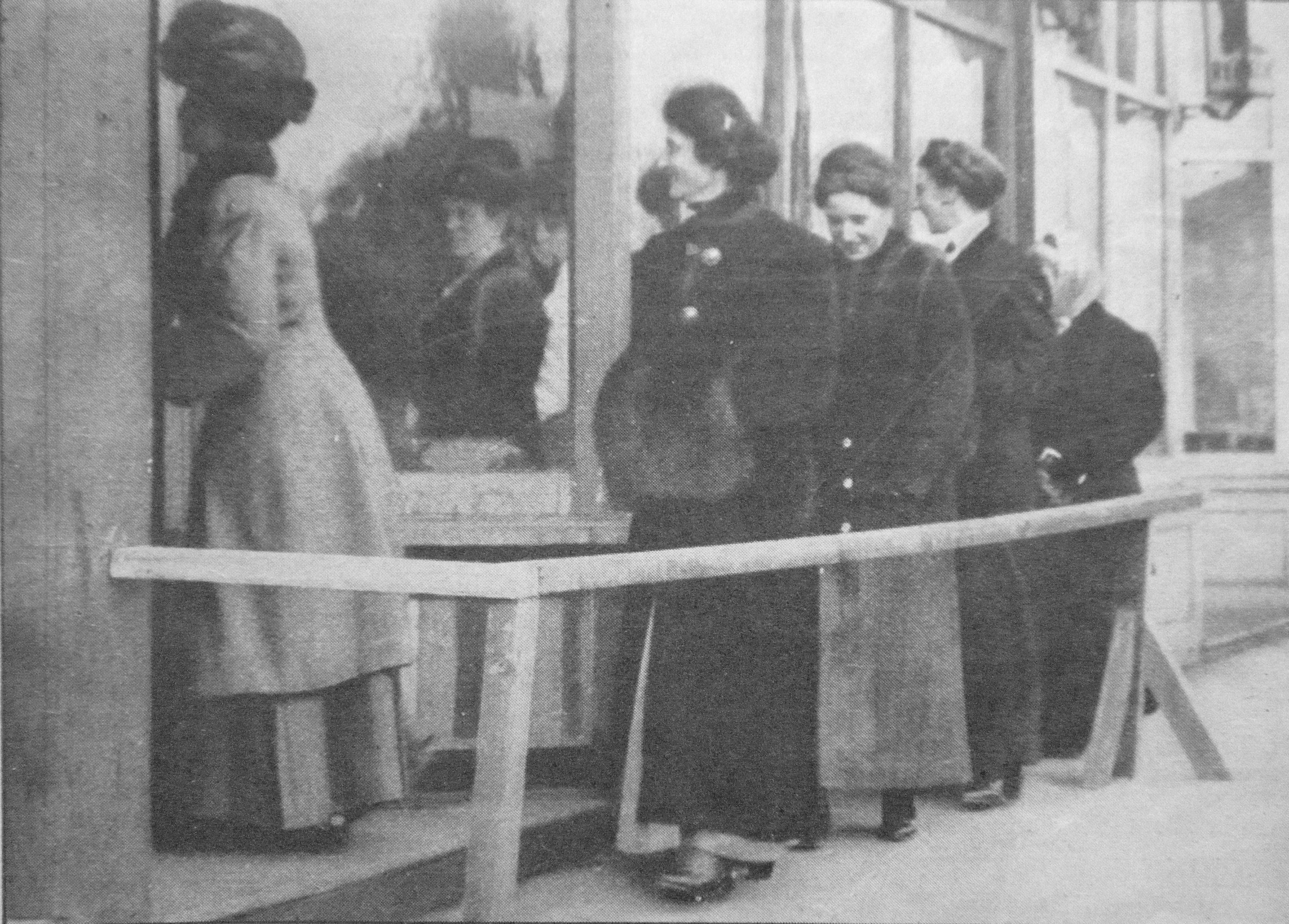 Do your PCs want a little more responsibility in their lives? Do they crave the mantle of leadership but aren’t blessed with the correct bloodline to inherit a kingdom? Then an election may be just what you’re looking for! Elections are inherently dramatic, as candidates become ever more creative in their plans to woo the electorate, and voting night gives them a natural climax. In short, they’re perfect for roleplaying games.

Of course, they’re also challenging. If you don’t want to simply declare a winner by fiat, and you do want your players invested in the outcome, you have your work cut out for you. There’s a lot of moving parts to track, so it’s good to have a plan before you start. Follow these steps, and you’ll have a much easier time.

First, consider if an election fits your setting. A feudal society of illiterate serfs is not a good fit, while a high tech space colony is a great one. The people voting need to have some understanding that they hold the power to choose their next leader. You don’t necessarily need universal suffrage, but campaigns are a lot more interesting when the candidates have to appeal to many different groups. Widespread education is also a must, assuming you want the election to have any legitimacy.

Next, consider the PCs. Players need to be invested in a setting before you give them the chance to rule it. Unless your election is really small scale, you’ll be asking the winner to take on a lot of responsibility, so that responsibility has to be for something they care about. The best way to do this is to have a few traditional adventures in the world before getting the election started. That way, the players will have a reason to care about the world you’re asking them to make decisions for. The needs of a remote village become a lot more meaningful when the PCs have slain a dragon there.

Ideally, you’ll slot your election into an existing campaign where the PCs have organically reached the cusp of leadership. This will also allow them to acquire a decent cadre of allies and enemies that will be useful later on. If you don’t have time to run an entire prequel campaign, then use a setting the players know and like. At the very least, run two or three warm-up games so the players can dip their toes in the setting before diving into the deep end.

Your final piece of groundwork is to craft a story that can run parallel to the election. This is important for a few reasons. For one thing, too much politics will strain anyone’s interest. It’s good to have an alternate story ready to give your PCs a break. Beyond that, a secondary plot will give your election some context. It’s not just about choosing the next mayor, it’s about choosing who will deal with a slowly encroaching carnivorous forest.

2. Present the Issues and Assemble the Candidates

For an election to be interesting, it has to be about more than wanting to be in charge. There must be clear issues at stake, issues the PCs care about. In fact, tracking what your players care about is a great way to generate issues in the first place. During your pre-election sessions, pay attention to anything the PCs have an opinion on. That way there’s built-in investment when you present it as an issue.

Even better if it’s something the PCs have opposing views on. Does the fighter think that magic should be more regulated, while the wizard thinks it should be completely free? Make it an issue. Should dragons be legal to keep as pets? The new mayor will certainly have an opinion!

You can put real world issues into the election, but use caution. How much power should government have, who should pay what kind of taxes, what should be taught in schools? These are all gripping issues we still struggle with. The problem is, they’re also issues people get into friendship-ending arguments over. Make sure your group can handle this type of politics before bringing it into your game.

Once you have your issues, it’s time for the candidates. By default, you need at least one PC willing to throw their hat into the race. If none of them are interested, it’s not going to be much of an election. Ideally you’ll have at least two PCs, unless your group is really small. Having two players competing for the job means you can spend more spotlight time on the PCs and less on their NPC competitors. It also adds more uncertainty to the outcome, because the players won’t assume victory the way they might over an NPC.

PCs who aren’t entering the race should be in positions essential to those that are. They can be campaign managers, treasurers, or even hitmen if it’s that kind of election. It helps if the candidate has a running mate on the ticket, a secondary role another PC can take. This is a great way to create tension, as you bring up issues that president and vice-president disagree on.

Finally, remember to have a few NPC candidates up your sleeve. Hopefully, these will be personalities you introduced in the prequel sessions, so your players will have a reason to respect or fear them. The NPC candidates should be obvious bad news. If one of them wins, the setting will go downhill fast. That way, you can use them as a pressure valve if the competition between PCs gets too hot. If the players are literally at each other’s throat over who gets to be governor of Dragonlandia, remind them that Baron Superbad is also running, and neither of them wants him to have the job.

Now that you’re ready from a narrative perspective, let’s examine the mechanics of an election. Don’t worry, we aren’t going to be counting individual votes. What’s at stake is how much support each candidate has, and the best way to track that is with dice. Abstract each candidate’s support into a pool of dice. You can use any kind of dice for this, though I prefer d6s as there are lots of them around.

When the election starts, generate a support pool for each character. The exact amount of dice you put in each pool is up to you, but I recommend no more than 10 to start with, just to keep things manageable. Award or penalize each candidate based on their stats and past actions. Is Sir Miko Dragonslayer well known for slaying dragons? That’s definitely worth a die or two. Is Dame Lorseth’s incident with the flatulent horse still common gossip? Minus one die!

Starting support pools don’t have to be completely even, but don’t give them more than a 3 or 4 die difference unless you want a very unbalanced election. Once you’ve got the numbers figured out, write them down with plenty of room to make changes.* You’ll be adding and subtracting dice over however many sessions the election takes place.

Don’t tell your players exactly how much support anyone has. Make them guess. You can say “Albar the Wise is moderately popular,” but don’t give a precise answer. If the PCs really want to know, they can take action in game to find out. Polling exists for a reason, after all.

4. Make Support Go Up and Down

Now that all your setup is complete, the only thing left to do is actually run the election. This can take as many sessions as you like, but I recommend at least a half-dozen. That’s the minimum you’ll need to give the election all the back and forth it deserves.

Each session, provide the PCs with ways to improve their support or degrade their opponents’. Since this is a roleplaying game, the candidates can be doing more than giving speeches and kissing babies. If the guard captain successfully keeps order during a bread riot, that should earn him some support on his campaign to become mayor. If the chief sorcerer is seen running away from a rabid dragon attack, he’ll lose support just as surely.

Don’t put in too much swing either way, as you don’t want the election to be over before it even gets started. Assuming you’re using the scales I suggested, a gain or loss of 1-3 dice is a good range. There should be plenty of opportunities for PCs to change their support pools, especially if you have a strong secondary plot going. Nothing’s more fun than trying to run for office while keeping the city safe from demons of the Dungeon Dimension.

Your players will almost certainly come up with schemes of their own, and this should be encouraged. If they have a plan to give everyone in the city a free puppy, let them go ahead and try. Just be sure to make them work for it. Dice should be rolled, and if they come up wrong, then the plan fails. Perhaps it even backfires and takes away the support it was meant to give.

Because not all players are the same, you may find one of your PC candidates far more successful than the other. If this happens, it’s alright to give the trailing PC a little boost. Have an influential NPC come out in support of them, or arrange for a special opportunity only they can take advantage of. The election will be more fun for everyone if there’s always some doubt as to the outcome.

When election night finally comes, it’s time to put those support pools to use. Roll each pool, and count the totals.* The highest total has won the election. Congratulations to the new mayor/president/grand high arch druid.

By its very nature, this is a random result. The candidate with the highest support may not win. Polls aren’t always accurate, after all. It may also end up that one of the NPCs wins. Whatever the results, you should stand by them. You went through this entire process because you didn’t want to simply declare a winner.

A tie is possible as well. If that happens, you have two options: either resolve the tie with another roll, or say in game that the votes are too close to call. If you choose the latter option, there are several directions the story could go, depending on how the election is set up. There could be another round of voting between the tied candidates. They could be required to enter into some kind of power sharing deal. One candidate might get impatient and rally their supporters to violence!

If there is a clear winner, you then decide where your campaign will go from there. The election night makes a good finale for your campaign, especially if a PC was victorious. It can be difficult to keep adventuring if you’re stuck in your office all day approving budgets. If an NPC was victorious, can your PCs accept them as ruler? If they’re far too evil for that, then it’s time to transition into a new type of game – fighting against the despot!

Assuming you’re physically writing them down. It’s not really an issue if you keep notes electronically.
You can either add them together or count successes, whichever works for you.
Jump to Comments