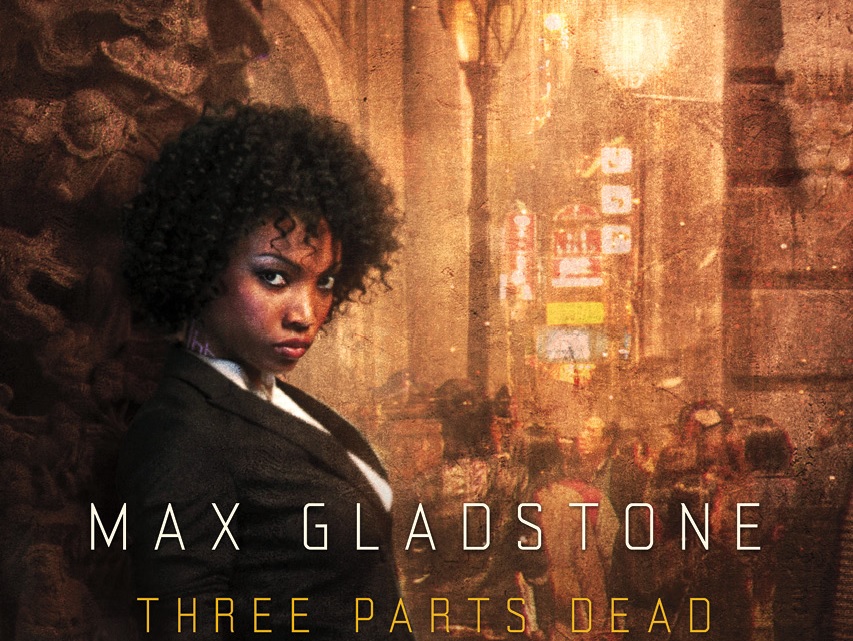 Plot twists are an essential writing tool, and every writer uses them. It’s important to shake up expectations so readers never get complacent. But despite the ubiquity of plot twists, they are really hard to get right. The internet abounds with disgruntled reviews from readers who saw a plot twist coming or weren’t satisfied when it arrived.

Fortunately, we have lots of good examples to choose from, and today we’re looking at Three Parts Dead by Max Gladstone. This novel about wizard-lawyers ends with a masterful plot twist, and with a little work, we can all emulate Gladstone’s style. Remember, good artists borrow; great artists steal.

If you haven’t read the book, it follows a wizard-lawyer named Tara who is brought in to help settle the contracts of a dead god, Kos Everburning. Throughout the book, Tara investigates all the different parties who had a stake in Kos’s life, from the city that depended on him for power to a foreign naval fleet that expected him to rain holy fire upon their enemies. So what’s the twist? Kos isn’t actually dead! In the final sequence, he and his long-dead lover, Seril the Night Goddess, return to their full glory. It’s a surprising and satisfying ending. Here’s how to emulate it.

In order for a plot twist to be fully effective, the reader can’t see it coming. While you can’t fool everyone all of the time, most readers have to be taken by surprise if the twist is going to work. That means the story as you first present it has to be believable.

His Majesty’s Dragon is an excellent book, but it fails in this regard. The story as presented tells us that the main characters will die. That’s a hard threat to take seriously, especially if you know there are more books in the series. So the readers are left expecting a twist that will rescue the main characters.

In Three Parts Dead, the story as presented is that without Kos, the city of Alt Coulumb will collapse. The fire god’s power keeps the lights on, the trains running, and the air warm. If Tara can’t negotiate a replacement, there will be death on a massive scale. Those are high stakes, but it’s believable that Tara might fail. If she does, she can always leave the city and live to narrate another day.*

With this setup, the reader isn’t left waiting for a twist. Instead, all eyes are on Tara as she attempts to navigate the bizarre tangle of laws and magic that surrounds a god’s death.

When the twist happens, it’s important that readers not feel like it came out of nowhere. They should be surprised, not blindsided. As such, writers should weave foreshadowing into their stories, hinting at what is to come. But it’s easy to go from hinting to telegraphing. How are writers supposed to balance their foreshadowing so it’s only obvious in retrospect?

Gladstone employs a seemingly innocent trait of a side character to do this. The character is a junior acolyte named Abelard, and he smokes. He smokes a lot. In fact, he’s the only named character in the book who smokes,* so it leaves an impression. Because it’s so unique, Gladstone is justified in describing it often.

At first, this trait is used to illustrate the connection Abelard had with his dead god. Though Abelard was only a junior acolyte, Kos favored him enough to protect him from the negative effects of going through a pack a day. This makes Abelard’s grief at Kos’s death all the more heartfelt to the reader.

It seems clear what purpose Abelard’s smoking serves in the story. At no point does it stick out as obvious foreshadowing. In one scene, Abelard uses his cigarette to burn a shadow monster, but that’s explained away as the monster’s inherent weakness to anything fire related. But at the climax, it is revealed that Kos stored away a tiny piece of himself in the flame of Abelard’s cigarette. Not much, but enough to kindle his resurrection.

Suddenly, all the scenes of Abelard smoking take on a new meaning. The reader realizes that Abelard never used matches to ignite a new cigarette, instead lighting it off the embers of the old, so the flame never went out.

3. Distract the Reader With Conflict

Another mistake some writers make is to let their story languish until the twist arrives. If the early chapters feel like they’re just killing time, the reader will guess that something is going to happen later to make things more interesting. Worse, if the interest level is too low, readers may not stick around long enough to reach the twist at all.

In Kim Stanley Robinson’s Pacific Edge, parts of the story are told in essay form, which at first seems completely pointless. They are pitched as the author inserting nonfiction chapters into his story, so he can wax philosophical on the subject of utopias. Eventually, we get a twist that these are actually a recounting of the setting’s backstory as it descends into chaos. That’s not a terrible idea, but most of what happens before the twist is boring and pointless.

Gladstone gets around this problem by adding a nemesis to complicate protagonist-Tara’s mission. His name is Denovo. He once tried to enslave Tara’s mind, and then he nearly killed her when she broke free. He’s a monster, and Tara hates him for good reason. The reader knows instantly that there’s a showdown coming between them.

Denovo provides opposition for most of the story. He clearly has plans regarding Kos’s death, and Tara is sworn to stop him. This provides the conflict and drama for most of the book. Because Denovo is such a dastardly villain, it’s easy for the reader to get caught up in the story of fighting him. Few will look ahead and predict the big twist, because it doesn’t seem like the story needs one to stay interesting.

4. Make the Reader Want a Twist

Whenever you put a twist into your story, you risk upsetting the readers who liked the story better as it was originally presented. If you get readers really excited for resolution A, then at the last second reveal resolution B, they might never pick up one of your books again.

Nowhere is this handled worse than in the Dark Knight Rises. The film spends two hours building up Bane as the big bad, but then it reveals that Talia was actually behind everything the whole time. This might be surprising for anyone who hadn’t read the comics, but only because it was a terrible idea. Instead of facing off with a super-powered hulk who’d already beaten him once, Batman’s enemy became a normal human with no special skills or powers.

Instead of hoping that the readers will like your new offering more than the original, you can make them actively want a twist to occur. In Three Parts Dead, Gladstone does this by delving in Kos’s tragic backstory. We learn that Kos once had a counterpart, Seril the Night Goddess, until she was slain in the God War. When that happened, Seril’s worshipers were cast out by their political rivals.

Tara meets some of those worshipers, a race of stone gargoyles. Their plight is sympathetic to the reader; they are the last of their kind, still paying homage to a goddess who can no longer answer them. At the same time, we learn more about Kos himself through Abelard. We discover that while many gods were cruel and despotic, Kos loved his city and did everything he could to see it prosper.

By the story’s end, the reader wants more than for Tara to simply figure out a way to save the city. We’ve grown attached to the gargoyles and to the memory of dead gods. We’re primed for the big twist.

5. Make the Twist Serve the Conflict

All right, it’s time for the big twist. But we need to make sure the twist doesn’t invalidate the rest of the story. If readers feel like everything they read before the twist was pointless, a bad review is about the best you can hope for. So how do we make sure this doesn’t happen? Use the conflict that’s already going on.

In the climax of Three Parts Dead, Tara takes on her nemesis. Denovo is more powerful, and it seems that Tara can’t possibly win. That’s when Gladstone springs the twist. Tara realizes that Kos is still alive within the flames of Abelard’s cigarette. She realizes that she can twist the laws of magic to bring him back.

Kos Everburning roars back into existence, and he lends Tara a measure of his power. Armed with holy fire, Tara overwhelms Denovo and strikes him down. She stands victorious over her nemesis as the fires of Kos’s resurrection rekindle life into Seril as well. Everything has come full circle, and the reader’s expectations are wonderfully subverted.

The final plot twist supports Tara’s struggle with Denovo rather than distracting from it. No one is unsatisfied with or feels cheated by the result.* The twist aids Tara’s character growth, letting her triumph over a hated foe.

Gladstone’s method is by no means the only way to craft a plot twist, but it is unquestionably effective. It walks the line between hinting and telegraphing, a difficult balancing act. If you’re struggling to make your twist work, you could do a lot worse than emulating Three Parts Dead. Even if you don’t have any plot twists in the queue, understanding them is vital to storytelling. Readers will get bored fast if your stories are always exactly what they appear to be.

Ironically, she’s not the main character in the next book.
At least as far as I can recall. Tell me in the comments if I’m wrong.
Or at least no one I could find.

Q&A: What’s the Difference Between a Plot Twist and a Retcon?

Comments on Five Steps to a Great Plot Twist