Our pop culture is, to put it mildly, obsessed with zombies. They’re everywhere, from our TV to our comic books to our novels to our video games. There’s at least one widely read guide for surviving the fictional zombie apocalypse. Most of these stories share the same basic premise: a ragtag group of survivors struggling to hold their own in a city/world overrun with the undead. What’s odd is that no one ever stops to ask how the world became overrun in the first place. It’s always something that just kind of happened, usually off screen.*

This is one of the most ridiculous premises ever conceived. You see, we have these things called armies that are very, very good at killing things. Most zombie stories pay some kind of lip service to the military being overrun, and no one seems to realize just how absurd that is. Lets take a look at just a handful of reasons this would never actually happen. 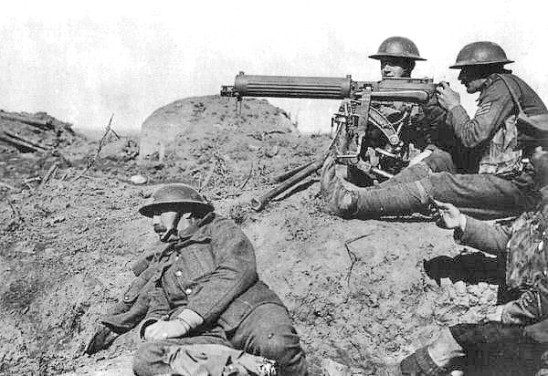 The nearly infinite variety of machine guns in the world all have one thing in common: they shoot lots and lots of bullets. Hundreds of rounds per minute, at least. The amount of damage machine guns can inflict is staggering.

How useful would they be against zombies? Well, one of the most iconic images from World War One is of mass infantry charges being mowed down by defenders with machine guns. Mass charges, or at least mass shambles, are really all zombies do. They come forward in a wave, and they’ll meet the exact fate that befell the lost souls of the western front.

Some will argue that zombies need to be shot in the head, which is a hard target to aim at. Fortunately, the legs are much easier target. Disable a zombie’s legs, and it’s essentially no longer a threat. Aim the machine gun a little lower than normal, and then sweep it back and forth. That should do the trick.

There’s also the question of ammunition. Zombies come in hordes, after all. Thing is, the military has a lot of bullets. They need them in modern warfare because most bullets never hit anything. That’s because humans know how to take cover, but zombies don’t. Frankly, the army wouldn’t need that much ammunition, since they could easily destroy the first few undead before there was time to spread the infection. 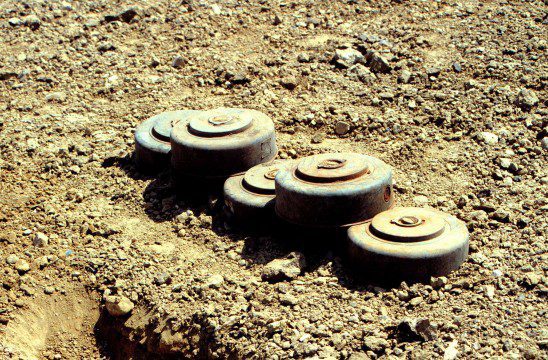 In real life, anti-personnel mines are horrible weapons that the world would be better off without.* In the zombie apocalypse, you can bet they’d be brought out in a heartbeat.

Humans generally know to stay away from a minefield once the first mine goes off. Zombies, by their very nature, cannot be intelligent enough to figure this out. They’ll just keep shambling* right through until there are either no mines or no zombies left.

Since they explode from below, landmines will take out a zombie’s legs. As mentioned, this makes the zombie effectively harmless. And since the entire point of zombies is that they can be killed 100% guilt free, there’s no need to worry about those pesky human rights advocates.*

Because zombies are also easy to predict, luring them into minefields is ridiculously easy. Just pile up some brains on the other side of a minefield and watch the incredibly gory fireworks. On second thought, maybe don’t watch that. Gross. Zombies rely on biting, scratching, and occasionally bludgeoning to inflict harm. In most zombie stories, they’re limited to human strength, albeit human strength that doesn’t tire. Fortunately, our technology has moved on a bit from the days when teeth were considered cutting edge weaponry, and bite-proof armor is well within reach.

To my knowledge there’s no study showing how effective the US Army’s Interceptor armor is at preventing bites, but as it’s made of kevlar and ceramic plates, it can probably get the job done. On the off chance that it can’t, there are other options.

Dog bite suits, while goofy looking, are verifiably bite-proof. If that option isn’t stylish enough, the army could always pay the Ren Fair a visit and pick up some chainmail. That’ll stop undead teeth no problem.

Soldiers can’t get infected if they can’t be bitten. This removes one of the major dangers in any zombie apocalypse. You know the scenario: one member of a group is careless, gets bitten, and then stumbles back to infect the rest of the group. If all the soldiers are protected from head to toe, that risk is eliminated. 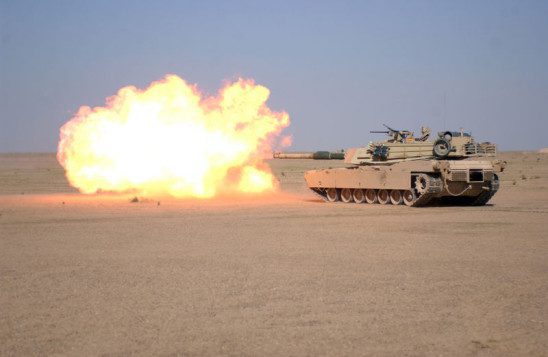 Have you ever tried to bite or punch a tank? I wouldn’t recommend it. Stopping one of these armored land battleships requires very heavy weaponry, and I don’t recall the last time I saw zombies employing shoulder-mounted rocket launchers.

The destructive power of a tank almost goes without saying. Not only do they have those impressive cannons, most tanks also mount at least one machine gun.* Even if ammunition was low, tanks could easily mulch hundreds of zombies just by running them over. As stated before, zombies are really stupid and don’t know to get out of the way.

There’s a scene early in the Walking Dead where the main character stumbles onto an abandoned tank with a dead soldier inside. It’s difficult to imagine the scenario in which that took place. Even if the tank was completely out of fuel, the crew could have hidden inside for however long it took for another tank to show up and rescue them.

It’s also unlikely that gas would be an issue at all, because the army has armored fuel trucks as well. It turns out they’ve considered how to deliver fuel in dangerous situations. Who’d have thought?

These points apply to any reasonably armored vehicles, not just tanks. Once it’s past a certain size, you don’t even need weapons mounted on it. The vehicle itself becomes a weapon. Even if you’re dealing with Left 4 Dead style special zombies, my money’s on the steel war machine over any undead, no matter how souped-up they are. And you thought biting a tank was hard. These fighter jets and whirly birds don’t even have the decency to play on the zombies’ level. Instead they zip around in the wild blue yonder, turning the undead into just regular dead.

The destructive potential of modern airpower is hard to overestimate. A decently equipped air force can easily reduce a city to rubble, along with all the shamblers inside it. That kind of damage is usually restrained in real life, because there needs to be something left to conquer, but all bets are off once the dead start to rise.

Not only are aircraft powerful, they’re also relatively precise.* Precise enough that they can support any ground soldiers being overwhelmed by zombies. Zombies don’t know how to take cover in air raid shelters, so they’d just be standing out in the open. An A-10 Warthog’s rapid fire cannon can easily turn the mightiest horde into a fine red haze.

Since zombies are notably lacking in anti-aircraft weapons, there’s little risk to the planes or their pilots. The biggest potential problem would be zombies shambling onto airbases while the planes are refueling, but those bases are guarded by everything else on this list, so it’s not likely.

Really, planes and helicopters are probably overkill against zombies. More likely the military would deploy unmanned drones, and wouldn’t it be nice to have a use for those that isn’t ethically compromising? Predator drones can stay in the air for more than a day at a time, hunting down any undead that dare to show their rotting faces. Since zombies can’t understand what a drone is, that would be pretty much all of them.

None of this is to suggest that a zombie outbreak would be pleasant. There would be deaths, especially in the first few hours as people figured out what the rules were, but it could never spread to world-ending proportions. Humans are just too good at killing things. Zombies are doomed by the very thing that makes them such perfect bad guys: they’re unintelligent. If they were smart enough to counter our vast arsenal of weapons, we’d have to think twice about killing them.

Walking Dead has it literally take place while the main character is in a coma.
In fact, many countries have banned them outright.
Occasionally running.
Please keep doing what you do, human rights advocates.
Go for the legs!
Relatively. Civilians are unintentionally killed in airstrikes all the time.

Q&A: How Much Can I Change Vampires?

Q&A: Could Kaiju Defeat the Military?

Comments on Five Reasons Zombies Could Never Defeat the Military