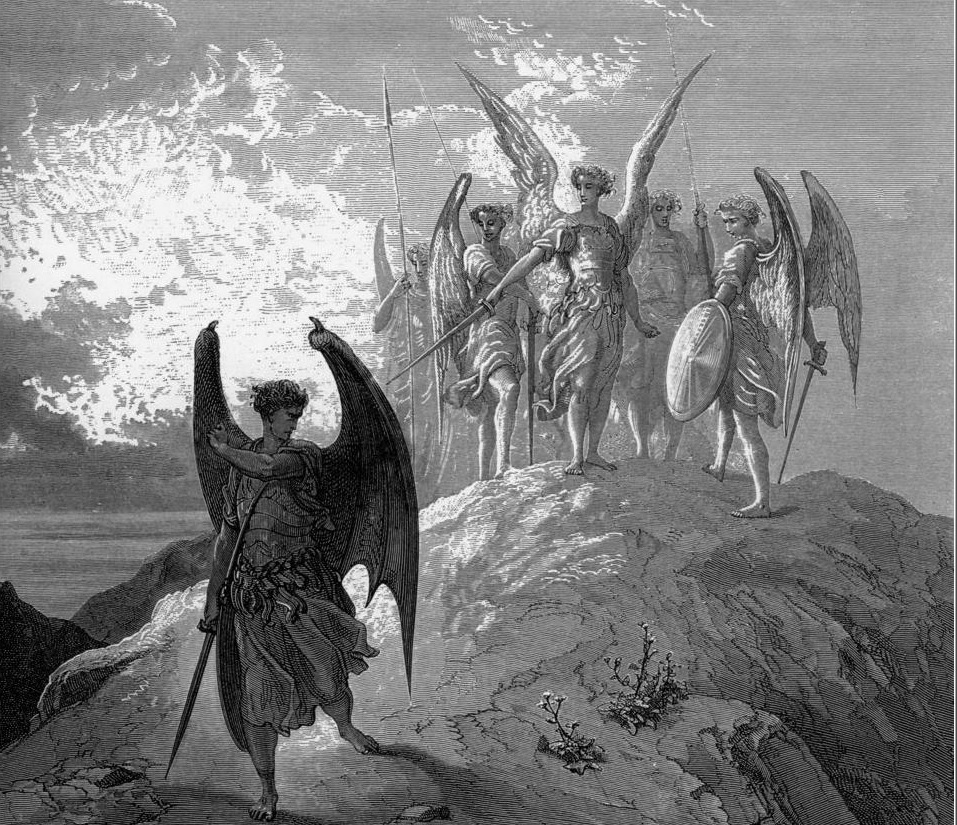 Full confession, I used to critique roleplaying games. Oh, it was a glorious time of sin, which got me accused of both hating D&D unreasonably and loving D&D unreasonably. It was such fun to take games to task for their mistakes and shout their praises when they deserved praise.

But fear not, I have seen the error of my ways. By critiquing games, it turned out I was the monster the whole time. I shall never again engage in this deplorable behavior,* and here are five reasons you shouldn’t either.

1. Your Players Are Terrible

It’s likely that, at some point in your GMing career, you’ll be tempted to critique a roleplaying system because your players didn’t enjoy some aspect of it. Let me save you the trouble, because whatever the problem is, it’s with your players, not the game.

Did your players not enjoy a system because they found its rules cumbersome or confusing? That’s only because your players aren’t smart enough for that game. If they insist that they understood the rules, but didn’t enjoy following them, that’s further evidence! Your group clearly isn’t ready for real roleplaying; maybe get them a system designed for babies or something.

Likewise, if one or more of your players tells you their character wasn’t fun to play because of underpowered abilities, that shows they just aren’t dedicated enough to the story. If their hearts and minds were pure, they wouldn’t care about such petty concerns as succeeding at rolls; only the sanctity of the narrative would matter. Really, who wouldn’t enjoy being the protagonist who can’t do anything effectively?

But worst of all, if your players discovered some exploitable loophole in the rules, that’s not the rules’ fault: it’s your players’ fault for being such awful power gamers. Never mind that the loophole being there creates temptation for anyone and that your players might have assumed that if the game let them do it, then it was acceptable to do. Heck, never mind if your players simply pointed out the loophole without actually exploiting it; they’re still terrible just for noticing.

Now that we’ve established how terrible your players are, nothing they say can ever be a reason to critique a roleplaying game. In fact, you should probably just ignore your players altogether. That’ll be best for everyone.

2. Someone Else Enjoyed the Game

Let’s say you’ve just finished running a game, and with opinions completely unbiased by your terrible players, you think the game isn’t great. You journey to the internet, so that you might let fly tales of your experience, but you have forgotten one crucial fact: someone else had a different experience than you did.

Instantly, all your reasoned critiques vanish as you realize that someone somewhere might have enjoyed a game you didn’t think was good. How can you possibly publish a critique that doesn’t have 100% agreement from everyone else who’s ever played the game? You can’t, that’s how. Obviously, none of your complaints can be accurate if some other person doesn’t share them.

I know what you’re thinking. “Oren,” you’re probably saying, “the fact that someone else enjoyed a game doesn’t invalidate my critique of it.” You might even be thinking that people enjoy games for many reasons other than the quality of the rules, and it’s quite possible to have a great time without ever noticing there’s a problem. Oh, you sweet summer critic. Don’t you understand that anything you have to say about a game is just, like, your opinion?*

Whenever you’re considering a critique, it’s your responsibility to scour all of humankind to make sure what you’re about to say does not deviate from the mean. That might sound impossible, and it is, which is just another reason to never critique roleplaying games.

If you’ve ever tried to run a game and had to deal with one bad rule after another, let me save you some trouble. Bad rules don’t matter. You’re here to have fun, not worry about rules. If you say you’re not able to have fun when a game’s rules are bad, you clearly haven’t been moved by the spirit of true roleplaying.

What are rules anyway? They’re just a bunch of numbers that someone else wrote down. They have nothing to do with roleplaying games. See, the word “rule” doesn’t appear once! People who are serious about having fun and telling a good story don’t even need rules. They can roleplay without a single rule getting in their way. You should still buy the book of course, even though you clearly don’t need it. Maybe it’ll make a nice paperweight.

More so, rules that don’t work aren’t bad; you’re a bad GM for not fixing them. You see, GMs can always house rule anything they don’t like. Therefore it is illegitimate to critique games for having bad rules. Anyone who says that a game they paid money for should work on its own is just a quitter. Who doesn’t want to spend their time and energy wrestling broken rules into place? What else would you do with those hours, plan your story? Please.

Now I know you’re pointing out that some games specifically say the GM isn’t supposed to house rule them. Surely if one of those games has a bad rule, you can critique it? Nope! It’s still your fault for not house ruling it. Of course, if you do house rule something and the game doesn’t work perfectly, then it’s your fault for breaking the rules that said not to house rule. It’s a glorious cycle that makes sure everything runs perfectly!

At first, it might make sense to critique roleplaying games that don’t measure up. After all, no one bats an eye when most other products are critiqued. If your car caught fire whenever you pressed the brake pedal, it would be reasonable to say that the car was badly designed or manufactured.

That doesn’t apply to roleplaying games though, because RPG designers can’t be held to the same standards as the designers of other products. These widdle nerds are trying their best, and it’s mean to point out when they make a mistake. Critics should say nothing but nice things about roleplaying systems, like how parents always smile and put their children’s drawing up on the fridge no matter how bad it is.

What’s that? Game designers work really hard and take great pride in their work? Talking about them like this is insulting? Nonsense! Holding them to the same standards we hold other designers is the real insult. How could you ever be so insensitive?

From now on, suppress your instincts to treat game designers like the professionals they are. They don’t need your respect or earned admiration. What they need is for you to treat their product like it’s made of glass.*  Anything else is holding designers to an impossible standard!

5. No One Can Play a Game After You’ve Critiqued It

What? You still want to critique roleplaying games after everything I’ve said? You monster! Fine, I’m going to bring out the big guns. Once you critique a roleplaying game, no one can play it again. Ever. That’s it, you’ve just destroyed other people’s ability to enjoy the game they love. How does that make you feel?

You’re probably wondering how this can possibly work, since surely you’re writing a critique doesn’t directly affect anyone else. It’s not as if you’re going to people’s houses and stopping them from playing by force. Oh no, it’s far more insidious. Instead, anyone who tries to play a game you’ve critiqued will feel the constant, looming shadow of your disapproval. They won’t be able to concentrate, and eventually the weight of your negative opinion will make them collapse into a nervous wreck.

This is the real reason to never critique a roleplaying game, because of the unstoppable power that critics wield. With hands set to your keyboard, you can completely destroy someone’s ability to enjoy a game as surely as if you had destroyed their copy of the game with your laser eyes.* If by some chance you have already published such a critique, please make sure to deploy appropriate safety measures. Just kidding, there are no safety measures. The damage is already done.

Come to think of it, this point applies beyond just roleplaying games. Books, movies, TV shows – your enjoyment-destroying critic powers extend to them all. For the love of all that is good in storytelling, you must give up your wicked ways and come back to the side of righteousness, where we accept all media at face value and never ask questions.

This is a lie.
maaaaaan.
You can keep critiquing glassblowers, though. They’re fair game.
Critics also have laser eyes.

Comments on Five Reasons You Should Never Critique a Roleplaying Game