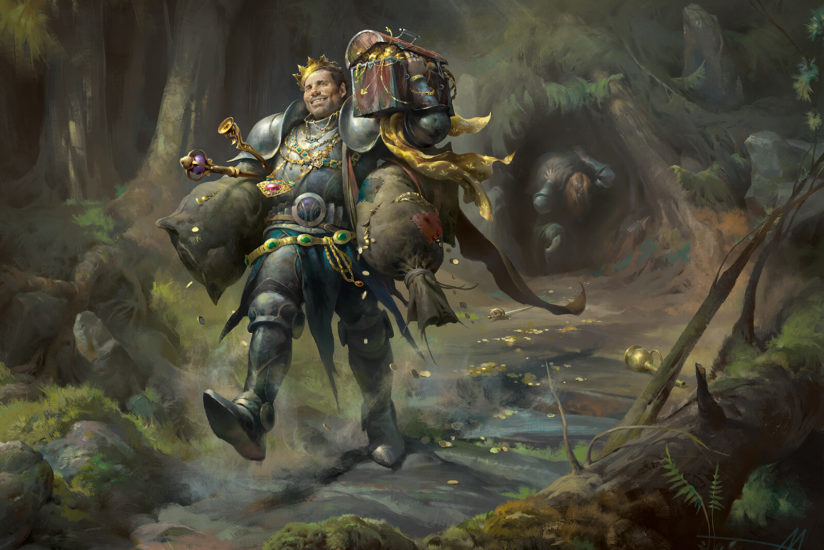 Last week, I began a new series covering powerful subclass options at specific level brackets, starting with 1–4. This week we’re continuing to levels 5–8. The difference between these two level groupings is hard to overstate. Martial characters receive their Extra Attack feature, casters gain 3rd- and 4th-level spells, and everyone gains a stat boost or feat.* A reminder that even though this list focuses on individual classes and subclasses, I mention relevant multiclassing additions in my analysis.

It’s also important to note that, given how many subclasses there are in 5E, I simply cannot make an exhaustive list of all the strong entries available to players. Many of the entries that were good in one bracket will be good in another, but to avoid repetition, I will do my best to highlight different good options unless a recurring option is head and shoulders above the competition.

Stealing spells not normally intended to work together is the strongest thing bards do, and this is the level bracket where Lore bards start their thievery. Out of all the entries I cover in this post, this is the one with the highest variance in its results. Poor spell choices can leave the Lore bard feeling like a wizard imitation rather than a powerful caster in its own right.

Thankfully, the right choices can be incredibly powerful. One such example is combining Find Steed with Spike Growth, Expertise in Athletics, and one level of fighter for those sweet proficiencies. This nets you an incredibly deadly grapple bard who uses strategic dragging to output tons of damage.* You can also opt to focus more on control and buff spells, picking up Haste and Counterspell. That second one is particularly good, as bards are some of the best counterspellers in the game, thanks to Jack of All Trades.*

There are far too many good spell-stealing options to list them all here, but I hope I’ve gotten my point across. Bards are a very flexible class, and Lore bards are the most flexible of all. If you are able to shape that flexibility into concentrated power, you’ll have a strong character worthy of this fifth-place spot.

Now that we’re moving into the mid-levels, the Bladesinger starts to shine. By this bracket, a character has access to one feat and two attribute increases that can also be turned into feats. This is important for any build, but Bladesingers in particular are so hungry for feats and stats that they benefit more than most from these features.

Another reason this subclass made the list was the improvement made to its Extra Attack feature in Tasha’s Cauldron of Everything. Now, instead of two weapon swings, the Bladesinger can make one swing and one cantrip. For a monoclassed wizard, the cantrip will probably be Booming Blade or Green-Flame Blade, but there are other options, like Toll the Dead or Fire Bolt.

Alongside this improved offense, the stat boosts available by this level allow for improved defenses as well. Each increase to dexterity or intelligence nets the Bladesinger an additional +1 to AC while Bladesinging, and given the usual strength of magic items at this level,* this is a relatively strong point for the subclass’s defenses.

For players looking to experiment a bit, there is also the possibility of dipping one or two levels into Hexblade warlock, allowing the Bladesinger to use charisma as their weapon stat and fire off an Eldritch Blast alongside each weapon attack they make. This takes longer to come online, since it delays the vital Extra Attack feature, but extra Eldritch Blasts are worth the wait. Fourth place to the flexible martial-hybrid wizard.

What’s better than amazing saves? Amazing saves and being resistant to enemy spellcasters. All paladins get significantly better at this bracket as they attain their Aura of Protection, but the Ancients paladin takes it a step further with the Aura of Warding at 7th level, halving the damage of all incoming spells.

While a monoclassed paladin will feel good at this level, a paladin with one or two levels in Hexblade really shines. By focusing exclusively on charisma, their aura’s save increase is much higher, usually +4 in this bracket. If the paladin takes a subclass like Oathbreaker rather than Ancients, their 7th-level feature will also be boosted by high charisma.

If you go with my preferred build of Hexblade 1/paladin X while wielding a staff and shield, then good news: this bracket is perfect for you. However, builds that want more warlock levels might have to wait for a later bracket before they get the really powerful paladin abilities. But whether monoclassed or multiclassed, the paladin has now taken its place atop the martial pile, and third place in this list.

Even detractors of blast spells believe that Fireball is very good when you get it, and no one throws fireballs better than the Evocation wizard. While the damage is similar,* Evokers can throw down fiery death without harming their allies, which is useful when a horde of monsters closes to melee range. Even once 4th-level spells show up at 7th level, a good 8d6 to the face will give most enemies pause.

As good as the monoclassed Evocation wizard is, I believe that by this level you should probably look to shore up your defenses with a level of multiclassing. My pick for a dip is the tried-and-true cleric. I prefer Life, because it opens up the possibility for Goodberry shenanigans later, but something like the Twilight domain will also be quite good. If you want to stick with an intelligence class, then a single level of artificer will give you medium armor and shield proficiency without slowing down slot progression. No matter the dip, Evocation wizards will feel great at this level, easily earning second place.

It’s always nice when I can upset the natural order by placing sorcerers ahead of wizards. As good as the Evocation wizard is, this level range is the height of the sorcerer’s power, and Divine Soul is the best sorcerer.

With spells like Aid and Spirit Guardians at 5th level, this sorcerer can dip into cleric to make a frontline area damage machine that can also throw a fireball if it needs to. However, what really puts the sorcerer on top is the Polymorph spell and the Metamagic option Twinned Spell. When it is acquired, Polymorph grants a power spike similar in severity to the one the Moon druid gets at 2nd level. The best transformation candidate is the Giant Ape, conferring to the target a massive 157 hit points, along with powerful offensive options both in melee and at range.

While this spell isn’t unique to the sorcerer, they are the only class that can hand it out to two people at once. A twinned Polymorph will end almost any encounter it appears in and has a long enough duration to be usable in whatever fight comes next. First place goes to the monarch of monkey business.

That wraps up the second part in this series. Tune in next time, where I’ll cover whatever arbitrary range of levels makes the most sense to me.

Two in the fighter’s case.
Stay tuned for my 1-round tarrasque killing article.
Jack of All Trades adds half the bard’s proficiency to any ability check, and counterspelling is technically an ability check.
+1 armor and shields, usually.
Evokers get to add their intelligence to a spell’s damage roll.
Jump to Comments

Leave a Reply to Swashbucklers are cool Cancel reply