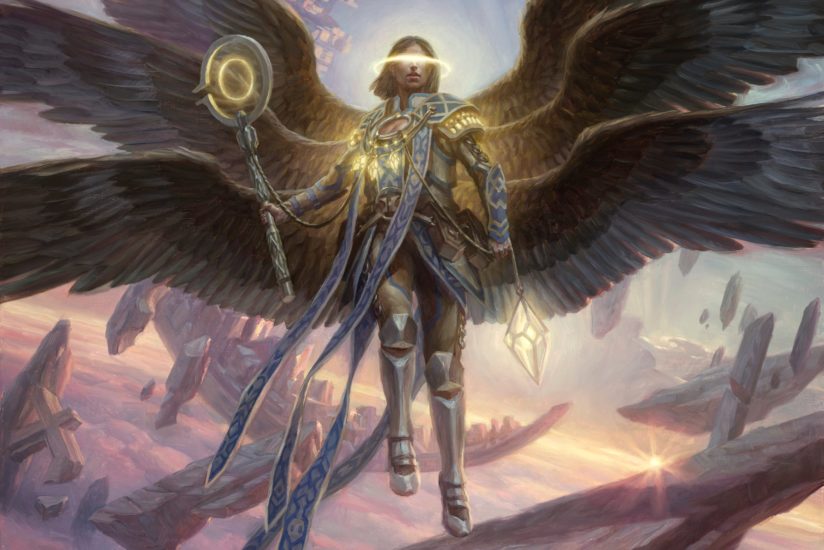 Angel of Destiny by Ryan Pancoast

Last time, I continued my series on powerful subclass options at the 13–16 level range. This week, we’re continuing to levels 17–20. This is the highest level bracket in the game, and it’s where things can get a little weird. Casters finally have access to their 9th-level spells, and every capstone has come online.

Depending on the spell or class, these newly gained powers are capable of breaking a campaign if handled incorrectly. The spell Wish is the biggest culprit in this area, but it is not alone. Shapechange is another 9th-level spell that, if used properly, grants all sorts of unintended power to the player casting it. Given how powerful spells are, casters have almost completely overtaken martial characters by this point. Thankfully, there are still a few good martial options at these high levels.

It’s important to note that, given how many subclasses there are in 5E, I simply cannot make an exhaustive list of all the strong entries available to players. Many of the entries that were good in one bracket will be good in another, but to avoid repetition, I will do my best to highlight different options unless a recurring option is head and shoulders above the competition.

I bet most of you didn’t expect me to have a monk entry anywhere near these lists. Well, for the most part you’d be right: the monk is bad. The class has resource problems, survivability issues, and focuses on the worst type of martial damage* for roughly half its attacks. However, for those patient enough to reach 17th level or playing in a high-level one-shot, Open Hand monks are rewarded with the only save-or-die ability left in 5th Edition: Quivering Palm.

Quivering Palm is a two-part ability that results in the target automatically dying or taking 10d10 as a consolation prize. The first part requires the monk to land an unarmed attack; the second is an action to activate the feature. The best way to do this all in one round is via the Haste spell. The monk makes a single attack with the Haste action followed by one or two bonus-action attacks, then uses their normal action to trigger Quivering Palm. If you don’t have a friendly party member to cast Haste, then opportunity attacks from feats like Sentinel and Polearm Master can fulfill the first half of the ability. You do miss out on more attacks this way, but it can be done without any outside help.

Aside from its complicated activation, the main weakness of this ability is legendary resistances. Sure, 10d10 is decent damage, especially for a monk, but killing the target outright is preferable. This means you want to target the biggest enemy in an encounter that isn’t packing legendary abilities. The result is an excellent “lieutenant killer” with a decent chance to one-shot powerful foes up to five times per rest. This entry leaves their enemies quivering in fifth place.

It is thanks to exactly one build that the Cavalier has made it to this exalted spot: the Eldritch Machinegun. The level split for this build requires 18 levels of Cavalier fighter and 1-2 levels of whichever warlock suits your fancy. The character revolves around an interaction between Polearm Master, Warcaster, and the Cavalier’s Vigilant Defender.

Now whenever an enemy enters our ten-foot reach, we can blast ’em, dealing 4d10 plus whatever invocations* we’ve picked up. This makes any space within the Cavalier’s reach incredibly dangerous for enemies to enter. This can be further boosted by increasing the fighter’s size, be it with a mount or an effect like Enlarge. Sadly, the key Cavalier feature that allows this build doesn’t come online until very late, but if you do manage to reach such heights, the build is a ton of fun. Fourth place to the blasting fighter.

There are a couple wizards that could have taken this spot. Chronurgy continues to have its busted spell-storing interaction. Bladesingers benefit greatly from the 18th-level wizard feature that allows at-will Shield spells. However, what secured Evocation the top spot was its interaction with one of 5E’s most iconic spells: Meteor Swarm.

Even at these high levels, 40 dice of damage is a lot. However, the spell has a major drawback: it’s too big. A 40-foot-radius spell is incredibly difficult to place without dumping all those dice on your own party. The Evocation wizard gets to ignore this completely, taking away Meteor Swarm’s only downside.

On top of all this extra damage, the Evocation wizard is…well a wizard. Spell options like Wish, Shapechange, True Polymorph, Wish, Simulacrum, Force Cage, and Prismatic Wall are merely a sampling of the powerful magic options available to wizards, some of them exclusively* so. Fire up a maximized Flame Sphere and blast away with Meteor Swarm, because third place goes to the wizard with the best blasts.

What’s better than a wizard, you ask? How about a cleric that can steal all the best high-level wizard spells! The Arcana cleric is generally a very bad subclass, adding little to the base cleric chassis. There is exactly one good Arcana feature that comes online at 17th level, and it is a powerhouse. Arcane Mastery lets the cleric learn a wizard spell of 6th, 7th, 8th, and 9th level, adding them to the cleric’s domain list.

All those great spells I mentioned when talking about the Evocation wizard also reside with the Arcana cleric. Want to Wish one round and beseech your god the next? Arcana is the only way to bend reality twice in a row. There isn’t any specific strategy that Arcana clerics need to follow to be powerful at this level; their solid cleric features combined with wizard powerhouse spells yield an incredibly flexible and powerful caster, easily securing second place.

No subclass in the game sees its power increase as much as the Moon druid does at 20th level. At levels 1–19, the druid can transform twice per rest. This increases at level 20 to an unlimited number of uses. As you might imagine, this is a fairly large leap in power. The strongest combat form the druid can take at this level is the mammoth, a CR 6 beast with a respectable 126 HP. This is a fine if not astounding amount of combat power at higher levels, but now the Moon druid can call upon that extra damage and, more importantly, health as a bonus action every round.

Up to 126 healing per turn is about as close to immortality as a character gets in 5E. Thanks to the second half of the 20th-level Archdruid ability, Moon Druids can also cast their spells while shapeshifted, so we don’t lose any of our caster potency. The plan here is simple: become mammoth, cast spell, profit. First place goes to this mammoth of a class.

That wraps up the final part of this series. I hope you enjoyed this look into the different level brackets of 5E. While not an exhaustive list, I’m happy with the selection on offer at every level of play. For its many faults, 5E is a game with plenty of options no matter what level you’re at.

Unarmed.
Rules as written, the opportunity attack doesn’t need to be made with the polearm that enabled it.
I’m preferential to Repelling Blast.
Simulacrum is very, very good