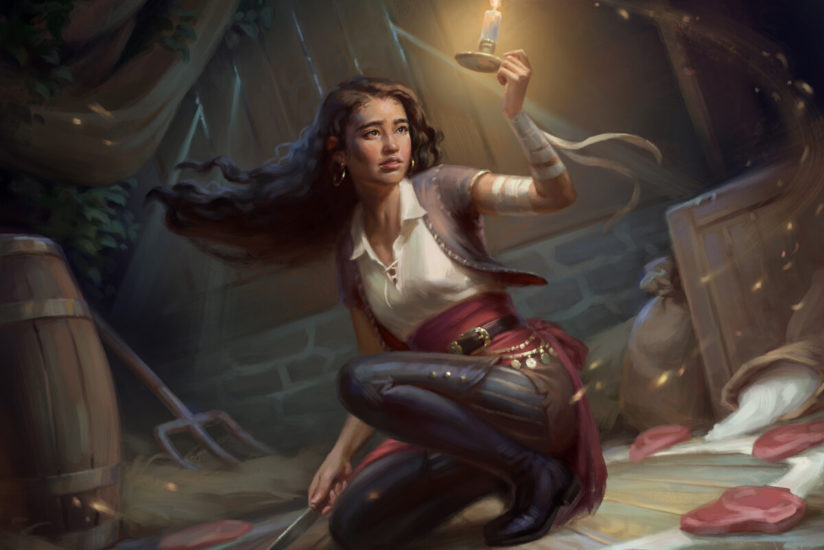 From power gaming builds to subclass rankings, I’ve talked a lot about how the various player options stack up against each other in Dungeons & Dragons Fifth Edition. Since a person reading my articles could be playing at any level, I like to look at the 1–20 range holistically, weighing earlier features more heavily as players spend the most time with them.

This list looks at things a bit differently. This time I’m throwing out levels 5–20 entirely, focusing exclusively on the first four levels of play. As with other rankings I’ve made, I am mostly focusing on combat viability, as that’s what the majority of 5E’s rules cover. Multiclassing is another important part of any build comparison, even at these early levels. Even though this list focuses on an individual class and subclass, I will mention relevant multiclassing additions in my analysis.

Before we get to the classes themselves, I’d like to address the ancestry-shaped elephant in the room.* At lower levels, almost every powerful build uses either the Variant Human or its Halloween-masked cousin, the Custom Lineage. Selecting one of these is the only way to gain a feat prior to 4th level, something unmatched by any other ancestry. This bonus feat isn’t as big a deal at high levels, as characters gain additional feats naturally, but it’s crushing at low level. You can assume that any build I mention here is one of these ancestries unless I specify differently.

The ranger was already a class that front-loaded its features, and thanks to improvements in Tasha’s Cauldron of Everything, combined with the newest subclass from Fizban’s Treasury of Dragons, the class has made its way into these hallowed halls of “good stuff.” Thanks to its pet drake, this is the only entry on this list that doesn’t need a feat to generate bonus-action attacks. This frees up a feat slot for something like Medium Armor Master or Fey Touched.

The ranger also has access to a spell list, albeit a limited one. Hunter’s Mark, Goodberry, and Zephyr Strike all make for useful options both in and out of combat. You also have an easy path to multiclass with the Life cleric and the massive amount of healing Disciple of Life plus Goodberry provides.*

When it comes to weapon loadouts, your low-level ranger will be best served by a heavy crossbow paired with the archery fighting style. If you pick up Crossbow Expert, then the hand crossbow reigns supreme, but at that point you’d be better off a Hunter as you aren’t making much use of the titular drake. If you swap Drakewarden for Beast Master, then a small-sized ranger can ride their pet into battle with a lance for a fun, mount-based build.

This 5th-place slot was a bit of a rabbit hole, with many other classes and subclasses vying for the prestigious spot. In the end, the flexibility of the Drakewarden, combined with its excellent multiclassing with cleric, won it the bronze.* The Drakewarden soars into fifth place.

Rogues have the honor of being the only martial class that doesn’t receive the Extra Attack feature, instead relying on their sneak attack damage. The problem is that Sneak Attack’s scaling is not as good as an additional attack. This means the rogue really shines during the pre-Extra Attack levels.

There are a bunch of ways to build a low-level rogue, and all of them feel very good. You could make the tried-and-true Crossbow Expert ranged attacker, gaining a bonus-action attack and sneak attack. For melee users, a dip into fighter and the Medium Armor Mastery feat can net you a melee rogue with 20 AC. If you’re feeling a bit more creative, there is a whip-and-quarterstaff rogue that uses Polearm Master to make 10-foot-range sneak attacks as a reaction.

The best subclass for all these builds, as the title might have given away, is Arcane Trickster. The action-free advantage provided by Find Familiar is powerful enough to outshine every other subclass option. If you want advantage as a non-Arcane Trickster, you have to at least spend your bonus action. Rogues have powerful bonus action options, such as hiding or making an extra attack via a feat, and they don’t want to burn it for advantage if they can help it.

Melee rogue builds benefit even more from Arcane Trickster due to the Booming Blade and Green-Flame Blade cantrips.* Both of these spells add some free damage for no drawback. The Arcane Trickster also gets a small number of spell slots to play with. Whether you want Shield, Absorb Elements, or the new Silvery Barbs spell that the internet is pissed off about, having a couple useful spells in your back pocket feels great at these early levels. The rogue steals fourth place.

As much as I wanted to put my sweet child the Battlerager in this spot, I can’t let feelings cloud my judgment. While Bear Totem Warrior is great at all the levels, its main advantage is expanding the types of damage a barbarian resists while raging.* Low-level enemies almost exclusively deal the physical damage all barbarians have resistance to, so that expansion isn’t as useful here. Meanwhile, the damage increase Zealots get is very impactful at 1st–4th level. An additional 1d6 plus half your barbarian level is almost as much as a 3rd-level rogue’s sneak attack, on top of the rage damage and massively increased toughness that barbarians already get.

Regardless of its subclass, the barb is also a big winner. Rage, Danger Sense, and Reckless Attack are all top-tier abilities, and they’re all front-loaded into the early levels. The barbarian has a serious lack of features after level 5, but that’s not an issue in this bracket. Pick up a polearm and its matching mastery feat, and you have a recipe for success. Third place goes to the murderous holy warrior.

I was really hoping to make it through this whole list without seeing a full caster. A common refrain in the 5E community is that while casters might be better at high level, low levels belong to the martials. Sadly, this is not true. Enter the Twilight cleric, the most overloaded subclass since the Hexblade. One level of this class nets you heavy armor, two excellent non-cleric spells, super dark vision, and improved initiative.

One more level gets you Twilight Sanctuary, a non-concentration aura that hands out free temporary hit points to everyone in it every round. This is good at any level, but it is incredibly powerful at low level. When someone has 14-20 HP, getting an additional 3-9 HP every round is a huge boost. Whether you’re operating as a frontline tank or midline support, the sun never sets on the Twilight cleric. Second place.

Never send a priest to do a bear’s job. As soon as I began working on this list, I knew who would take the number one slot. Moon druids are good at any level, but there are two level brackets where they blow the competition out of the water: levels 1–4 and level 20. At 2nd level, when most characters have about 18 hit points, the Moon druid can generate an additional 68 hit points worth of bear every short rest.

This pile of hit points also out-damages many builds in the 1–4 bracket, making the Moon druid the best martial character of early play. On top of all this martial strength, the Moon druid is also a full caster, with all the power that brings. Between bear power and spellcasting, there is no question. If you want to dominate early levels, the Moon druid eclipses the competition. First place to our smarter-than-average bear.

This post is a bit different from how I’ve covered power rankings in the past, and I hope you enjoyed reading it. If you’d like to see more level-specific power breakdowns, feel free to let me know.

No, not the loxodon.
40 hit points per 1st-level slot.
What metal is two places below bronze?
A whip build can’t benefit from these cantrips due to its 10ft reach, which I’m sure is an intentional balance choice and not a weird oversight.
From just physical to everything except psychic.