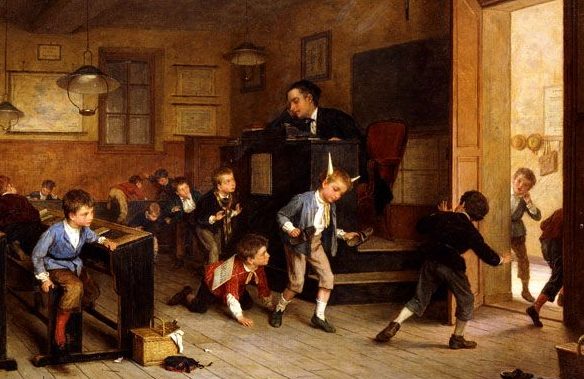 I had no plans to be a GM. I like to polish words until they’re exactly how I want them. Stories told through roleplaying don’t let me do that; instead they have these things called players. Not only do players have free will, but I can’t edit their backstory to give them a different motivation. Even worse, the story is performed in real time. Once a session is over, it becomes part of a crappy first draft that can never be revised.

Then I got inspiration for a story, and this time the story was a campaign instead of a written work. Craaap. Well, I hadn’t run a campaign before, but I had a blog with posts on running campaigns – maybe that’s good enough? Unfortunately, reading about something and doing it are two different things. When I actually ran my game, I learned these five lessons. 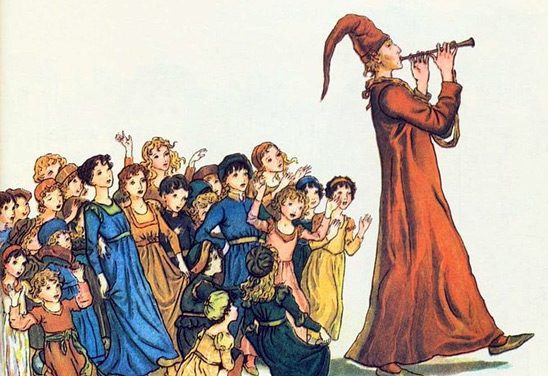 The internet abounds with commentary on how unpredictable players are. “If you put your players in a tunnel with a left path and a right path, they’ll dig downwards!” So when I planned my first session, I expected my players to be willful tyrants that would carve out their own plot.

In the game, the player characters were high schoolers, and I wanted them to be lost in the woods at night. So the session opened with them all on a field trip. Their clueless teacher had taken some wrong turns, and now it was getting dark. The teacher took the only flashlight, told the teens to stay put in their current location, and left to get help. I planned for all sorts of things they could do in response to this:

Instead the PCs stayed put as though their lives depended on it. Why? Because the players thought that’s what I wanted. An NPC with authority instructed them to stay put, and they assumed that character was my mouthpiece.

If I had understood this, it would have been simple to correct. A little prompt like, “The teacher’s about to leave. Does anyone want do anything?” would have let them know his departure wasn’t set in stone. As I continued the campaign, I learned that if an NPC demanded to go with them or hinted something was important, the players would follow my lead.

2. Failures Need to Be Rewarding 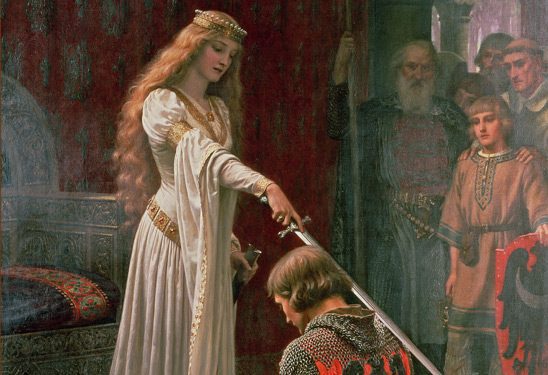 As a GM, my job was to make the game fun. Whatever the character did, whatever the die result, something cool had to happen. I found this to be one of the most challenging aspects of GMing. In my first session, one of the characters decided to climb a tree, but the player failed the roll. As a result, the character just fell from the tree and received some physical damage. There was nothing fun about it, and so my player was understandably unhappy.

Because I couldn’t predict everything the players might do, I had to come up with fun material on the spot. That was tough, but I realized that as long as the material was engaging, it could be anything. It didn’t have to be what the players expected or what the character’s goal was. In a later session, a player decided she would meditate to retrieve some lost memories. I didn’t want her to succeed at this goal, because that would solve a mystery with too little effort on her part. Instead, she heard a bunch of creepy whispers. She was not disappointed.

I also found that for failures to be rewarding, they had to move the story forward. If a character just fails to climb a tree, they end up where they started. Not only is that boring, but it puts the burden on the player to find something new to do. To solve this, I could have let my player climb the tree but also get the damage, or I could have made all the crashing noises attract the attention of a new menace. Then the character would have something new to focus her attention on.

3. The Right Group Size Depends on the Campaign 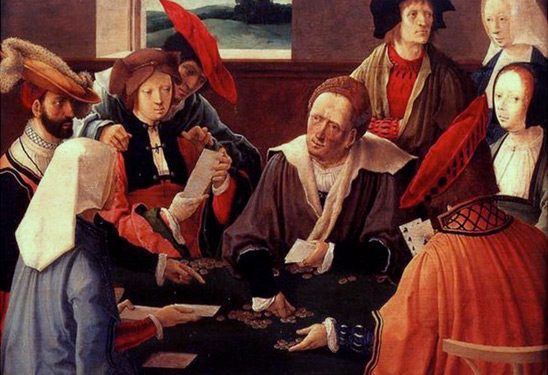 As I was planning my campaign, I spotted a potential problem area: character isolation. My campaign was a teen monster game in which each of my four players would turn into a different monster. Each had to uncover how their new powers worked, manage their own set of symptoms, and deal with a different antagonistic mentor. With such independent storylines, my players might wander off into different worlds and never interact with one another. Not only would that kill off the group dynamic, but it would also make it impossible for me to keep everyone engaged. With isolated players, focusing on one player means all the others are left to twiddle their thumbs.

To combat this possibility, I included some additional steps in character creation. After they created their characters, each player was required to build connections between their character and two other player characters. They could be on the soccer team or run the school newspaper together. This wasn’t perfect, but it did encourage the players to interact more. It also helped that they were in school together. I could create scenes with them all in class and give them joint school assignments.

Even so, I struggled to fit all the storylines into the campaign. I didn’t want a session to pass without each player having a scene or two focused on them. Even if they did most scenes together, helping other players with their mysteries isn’t the same as having your own cool stuff. On top of that, my players were engaged and always wanted to do extra scenes. With all those requirements, I struggled to keep the session length under control.

I finally realized that my campaign would have worked better with three players instead of four. With only three players, I would have had one less storyline to juggle, and each player would have gotten more scenes focusing on their journey. Naturally, smaller groups also have downsides. Larger groups of people tend to create their own fun. With less people, the energy in the room might be too low, especially if one person is gone for the week. But my player-oriented story kept everyone engaged; I didn’t need a large group.

However, this insight was particular to my campaign. For another campaign, the opposite might be true. To choose the right number of players, GMs not only need to know themselves and their group, but they also need to have a look at the campaign content.

4. Winging It Comes With Practice 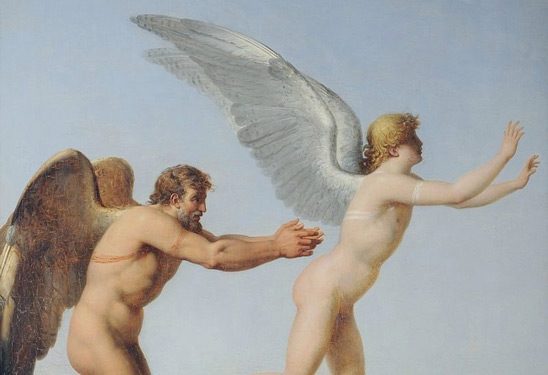 One of the most intimidating aspects of GMing was coming up with material on the spot. I typically take fifteen minutes deciding on my turn in a board game. I had no idea how well I’d do in real time, so I told my players to forgive me if I needed an intermission.

I’m not gonna lie; I did take a strategic bathroom break once. But that wasn’t because of a player action that was impossible to predict – I’d just forgotten to come up with a mechanic that I already knew I’d need.

As my campaign went on, I got a better sense of what material I should prepare and what I could figure out as I went. Though it was important to come up with interesting conflicts for each player, how they occurred or in what order didn’t feel so important. Because I had a mystery plot, I put down what I wanted players to learn each session and then looked for opportunities to convey that information while running the game.

I also found that my players weren’t bothered by logistic fudging if it made the game go smoother. The story was supposed to stretch over a season in-world, so the players could cast actors in their theater production and then have a performance at the finale. Because my players always wanted to do things the next day, I could not make time go that fast. After a failed attempt at a montage session, I just decided that time was malleable. I declared that every upcoming event would happen on the most plot-convenient day, regardless of whether it made sense. It worked.

As I got the hang of improv storytelling, the amount of time I spent preparing slowly decreased. I started by spending four hours each week preparing, but by the end it was only about two hours. 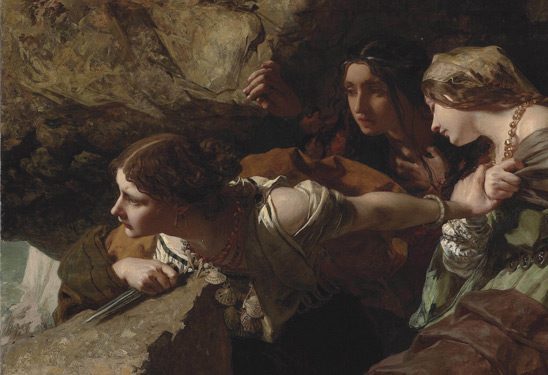 Even when players are enjoying themselves, frustration is only a moment away. Sometimes my players got frustrated because I messed up, and sometimes it had nothing to do with my GMing. Regardless, I found that noticing when players were unhappy and jumping in made an enormous difference. Early intervention turned frustration points into little blips in a great session. Ignoring them could ruin the session for the player(s) involved.

The first sign of a frustrated player wasn’t complaints or a dark expression; it  was hesitation. Through most of my campaign, players had no trouble deciding what they wanted their character to do. If it was time for a character to act and the player paused uncertainly, it meant something was wrong. The problem could be a variety of things:

Another time for GMs to jump in is when players get into prolonged arguments. A little disagreement about what they should do is fine, but if they’ve repeated the same points several times, they could use some GM intervention. I personally found this difficult because I was worried about taking sides. However, players expect the GM to render judgement on what is and isn’t plausible for them to do. If the GM doesn’t tell them, they can find themselves in a frustrating standstill.

To keep everyone happy when intervening, it can be helpful to uncover the reason the players can’t agree. This is often different from the reasons they are giving in their argument. At the end of my campaign, I found one player wanted his character to stay magical, whereas the rest preferred to give up their magic for a bigger victory. Once I knew this, it was easier to accommodate everyone. After they all gave up their magic, I narrated an epilogue where the one player got access to even more power than he’d had before.

Running a game was a time-consuming but rewarding experience. All stories are a packaged experience for the audience, but of all mediums, roleplaying brings the storyteller closest to that experience. Writers can learn a thing or two by keeping players happy.