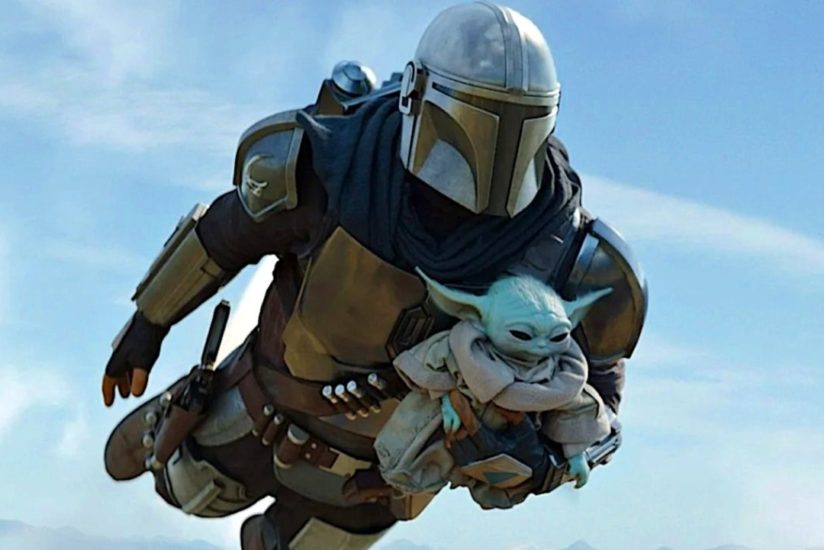 Most novels aren’t episodic. They have an overarching plot that provides the lion’s share of the story’s tension, and that plot is subdivided into child arcs that are mere stepping stones on the path to the climax. But stories aren’t always this way.

Many TV shows and comics are structured so the tension of each child arc exceeds the tension of the parent story. Since tension is what glues a story together, these episodes feel more independent and less like parts of a whole. The most episodic stories like Star Trek: The Next Generation (TNG) don’t have an overarching storyline at all; they are simply anthologies of similar stories.

While packaging an anthology as a novel would violate reader expectations, a novel can still have a structure that’s more episodic than overarching. I’ve previously discussed this in terms of stories about travel; now let’s look at how episodic structure changes the rules for any type of story.

1. Movement Can Be Slower

In a story, movement is the sense that events are bringing the audience closer to the climax. Strong movement means that every event is relevant and necessary to the plot. If you take one event out, the events that would have happened after that no longer occur. Not only that, but to convey a sense of movement, the audience needs to know right away how unfolding events will move the story forward. If something looks unrelated to the plot but then turns out to be important later, it will still feel like a tangent.

The degree to which an audience expects movement in an arc depends on how high the tension is. The more tension the audience feels, the more they become antsy if characters are dickering around. So when season three of Avatar: The Last Airbender hooks viewers with an upcoming invasion by the Fire Nation, and then the characters pause for a beach vacation in the episode The Beach, that’s a tangent. The personal problems they deal with on their beach vacation have less tension than the invasion.

In episodic stories, the overarching plot isn’t creating much tension, and therefore movement on it can be much slower. This is why TV shows can have episodes that have little to do with the arc of the season. For instance, Sam and Dean search for their father in the first season of Supernatural. They go to a town for clues and discover a monster is killing people in town. Then they spend most of the episode protecting those people and hunting the monster even though it has nothing to do with their father. That’s okay, because the threat of the monster creates much higher tension than the possibility that their father is in trouble. As long as they hear something about their father in the episode, they can be further along in their search next time. That’s movement enough.

This doesn’t mean episodic stories don’t get in trouble for lack of movement – they do quite a bit. Episodes that are seen as flubbing movement are typically referred to as “filler.” TNG doesn’t have filler because there is no season arc of significance to move forward, whereas shows like Teen Wolf don’t usually have filler because they aren’t really episodic and have strong movement throughout. However, The Mandalorian got in trouble for filler because it had a high-tension overarching plot and also tried to feature independent episodes. TV show writers don’t always strike the right balance.

It’s not uncommon for storytellers to get tired of their main character or fall in love with someone on the sidelines. This can create a big problem though, because audiences become emotionally attached to the main character and can get outright upset if that character is spurned in favor of someone else.

While it’s expected that the main character will get the most screen time and character development, their primary role is to solve most of the story’s problems and, in particular, save the day during the climax. This role is inherently linked to the plot. So it’s more reasonable for the main character to change when you move to a new episode than if you were moving to a new child arc.

However, this doesn’t mean changing the main character for an episode doesn’t have downsides. While attachment to characters can take time and may be difficult to create, it’s very enduring. For this reason, sticking with the main character usually keeps audiences more engaged. To minimize the damage of switching characters, a side character should be well known and hopefully liked by the audience before they are expected to carry an episode. For instance, The Zeppo is in season three of Buffy rather than season one. The change in main character also offers a lot of novelty to make up for taking viewers further away from Buffy. Through Xander’s eyes, viewers experience what it’s like to be an unimportant participant in important events.

3. Arcs Can Build in the Background

The idea of building arcs in the background largely comes from TV shows. In many TV shows, the season arc has low tension to start, taking a back seat to independent episodes. Its tension slowly escalates as the season continues, until the last episodes of the season are devoted to its child arcs. In Avatar: The Last Airbender, Aang has plenty of time to train before he has to face the Fire Lord. That keeps tension low enough that he can have fun side adventures as he travels to his next training destination. However, each season escalates toward a large confrontation between him and a Fire Nation foe.

This format is a good recipe for an episodic novel or novel series. However, when novelists try to build arcs in the background, it doesn’t usually work. Since most novels have an overarching plot structure, novelists don’t realize they need episodes. When they reduce the tension and structure of the overarching story, they don’t have anything to replace it. The result is a story that’s simply missing a throughline in the beginning, making it boring and aimless.

Another common outcome is making the tension of the overarching story fairly high, even though it’s introduced late and moves forward only occasionally. In this case, the audience won’t be able to enjoy any lower-tension episodes that are present because they’ll be distracted by a problem that’s much more important. Why are the characters entering a baking competition when the dead are rising?

An episodic story should have episode arcs that are strong enough to keep the audience engaged. They should boot up fast, feel urgent enough to demand character attention, and have stakes that matter. That doesn’t mean they need to be high tension – that will depend on the tension level of the story altogether. But if they don’t outcompete the overarching plot, the story isn’t episodic anymore, and the overarching plot needs to take over.

To avoid being overly complex and confusing, stories need to be boiled down to their essential elements. A story should have no more characters, places, or magic items than the plot requires. After all, anything that doesn’t impact the story ends up feeling extraneous and is usually forgettable. Since a typical novel is tightly bound together by an overarching plot, the elements it needs stay fairly consistent throughout. In fact, making something important to the beginning or end, but not both, often makes a novel feel unbalanced.

Unfortunately, that makes novelty difficult to maintain. While fresh and interesting story elements will entertain audiences instantly, they quickly become old hat with exposure. Most novels can only hope to generate significant amounts of novelty in the beginning, using it to tide readers over while tension and attachment are being established.

Since episodes are more independent of each other, they don’t require the same level of consistency. That frees up the story to introduce new and therefore more novel elements. The animated show Infinity Train has a different world in each boxcar, so characters always have a new place to explore and new characters to meet. The main character of Grimm solves a new crime involving a different fantasy species in each episode.

In a story, the tension should go up in a jagged staircase. The lowest-tension scenes are placed right after the highest ones, but even the lowest-tension scenes increase in tension as the story goes on. This jagged staircase is simply the sum of the tension from all the arcs in the story. Each jagged stair is a child arc – or episode – and the staircase climbs from stair to stair because the parent arc increases in tension toward its climax.

In a typical novel, this escalation is important for maintaining engagement. As stated above, novelty will diminish quite a bit, so higher tension is needed to make up for that. If you plan three exciting fight scenes in your novel, you’ll want each fight scene to be significantly more exciting than the last.

In an episodic story, however, the peak of each stair is high in comparison to the overall climb of the staircase. That means as the story continues, each episode climax and cool down only needs to be a little tenser than the one that came before. This is especially the case when there are lots of episodes, as there are in many TV shows. When viewers see they’re only 3 episodes into a 20-episode season of Avatar: The Last Airbender, they don’t expect as much escalation as they do when they’re 3 episodes into an 8-episode season of The Mandalorian. Varying the conflicts from episode to episode also helps provide novelty and lessens the need to escalate.

Less escalation doesn’t mean the story will be lighter; it just means the change in tension is lower. In a typical novel, the beginning can’t be too tense or there won’t be room for tension to build. If the opening is too exciting, the middle will sag as a result. But in an episodic story, that is less of a concern. So the whole story could start light and stay pretty light like in Hilda, or every episode in a 22-episode season could climax with an exciting fight like in Buffy.

Episodic structure is a great fit if you want to explore different aspects of your setting and keep your story light. You should still have a parent arc tying it all together, but your characters don’t have to tackle that big problem right away.

How to Write a Travel Story