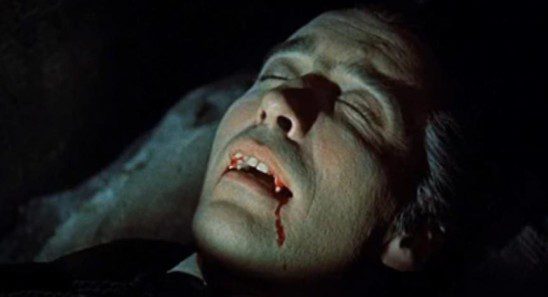 Like any genre of storytelling, horror has certain rules and techniques that make it more effective. That isn’t usually a problem. Otherwise, we might play Yakety Sax during the chase scene. But sometimes, these conventions get overused and become predictable. That’s not scary. Other times, they’re harmful to a group of people in real life. That is scary but not in the way you want. Breaking these cliches will make your story more horrific in the right way.

While there’s nothing wrong with playing on a biological quirk to create horror, our fear of the dark has clearly crossed into cliche territory. The audience can tell if something scary is going to happen based on the time of day. Stories tie themselves in knots making sure important events only happen at night.* Worse, we feel safe in the daytime. We should never feel safe in horror stories!

The cliche here is obvious. How often have you groaned at “Let’s split up, gang?” When a character proclaims they’re about to wander off on their own, we know they’re a goner. Stories quickly lose credibility when the protagonists go their separate ways without a reason. Even though this is universally acknowledged as a problem, writers still do it because the expectation that characters will be alone in their moment of terror is so strong.

This cliche needs to stop, because it encourages us to judge others by their looks. There’s nothing wrong with looking effeminate, being sexual, or having looks that otherwise fall outside the typical range. It’s also lazy. If the audience can tell who the bad guy is because they’ve been badly scarred or have a club foot, authors can avoid showing why the villain is evil. And it ruins suspense. No one needs to guess who the bad guy is when they’re so clearly marked.

In real life, people whose appearance falls outside the norm through injury or genetics are the ones who have the most difficulty. Only in cliche fiction are they the ones causing problems for the rest of us.

First, this cliche is pretty damned racist. It paints other cultures as dark and evil, producing twisted creations to horrify western Europeans and their descendants. Second, it doesn’t make any sense. Why would Indians make something so obviously flawed as the Monkey’s Paw? Why would remote tribes worship a dark entity that kills and drives them insane? People in other cultures are still people, they react to threats the same way you or I would.*

This cliche also depends on a level of ignorance that doesn’t exist anymore. If there were vampires in Transylvania, we’d damn well know. The world is too connected for “it came from another country” to explain why no one has heard of something.

Anyone who has sex in a horror movie, especially if they’re female, is going to die. This cliche is done to death, but it’s insidious. In every medium, we see stories that punish characters for being sexually active. Look no further than Cordelia’s mystical pregnancies* on Angel for an example from what’s ostensibly a progressive show.

To subvert this cliche, let your main character have sex sometime, and then have it not come back to bite them. It’s that simple. If you want to go further, have the character’s sexual relationship be vital to solving the problem. The person they’re romantically entwined with has a key piece of information or gear, that kind of thing.

Horror is better when it’s not predictable. Even leaving aside how many of these cliches are harmful, the fact that they’re cliches is enough to ditch them. Audiences are more terrified when they don’t know what’s going to happen next.