For a long time, prose stories were written with the understanding that they’d always be read off a page. That’s no longer the case. Audiobooks were once a niche market, but with the prevalence of smartphones and mp3 players, audio has exploded. These days, nearly every major release has an audiobook, and many people* consume their stories primarily through a pair of headphones. 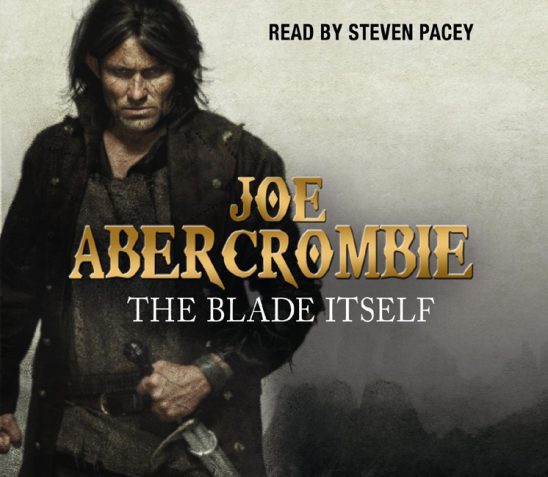 You’ve probably noticed that many books have some form of text present in the manuscript that isn’t part of the story. Most often, this manifests at the beginning of each chapter. It’s usually a chapter title or some kind of opening quote. The quote might be from a real world poem or an in-universe history text.

At best, this non-story text sets the mood, but more often than not, it doesn’t accomplish much of anything. I’ve lost count of the manuscripts I’ve edited that start each chapter with a passage from the author’s favorite poet, with no regard to what’s happening in the story. Chapter titles can have the same problem. For instance, the first chapter of Joe Abercrombie’s The Blade Itself is titled “The End,” but it’s not the end of anything.

Even when the non-story text does match up with the story’s content, it’s telling rather than showing. If the story is well written, it should be able to evoke its own mood, without needing a fancy quote.

This non-story text is usually harmless in a written story. It’s always clear where the non-story text ends and the story text begins; the reader can just skip over it. In an audio story, skipping is much harder. If a listener tries, they’re almost certain to miss parts of the story proper. So audiences have no choice but to listen to all of the non-story text. If there’s anything wrong with it, if it’s even a little pretentious or dry, that effect will magnify in the listener’s mind because they must listen to every word. By the end of a book, the listener will be ready to throttle any writer who thinks it’s clever to put a T.S. Eliot stanza in front of every chapter.

In most cases, non-story text can be removed without any harm to the print story and with significant benefit to the audio version. If you decide to leave in some non-story text, it must be either absolutely essential or entertaining in its own right. Really, it should be both. 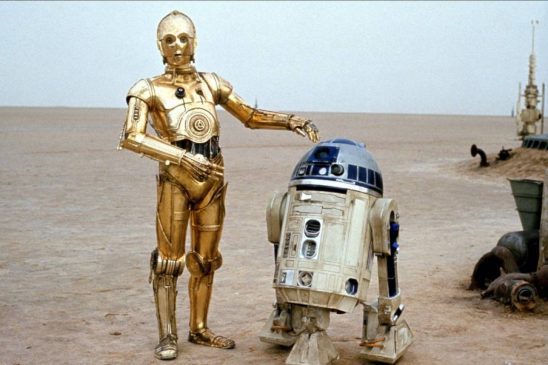 In English, most writing is done by putting letters together into words. This isn’t news to anyone; you’re reading the results right now. But in speculative fiction, especially scifi, authors sometimes arrange letters and numbers together in long strings that don’t form any words at all. A new planet might be called XA.4392A, or a new model of robot might be called the ZQ56A Series.

When characters are arranged like that, it produces something that’s tedious to say out loud. Since the characters don’t form any words, your only option is to speak each character. That’s fine for written stories, because the eye can simply identify a character string and move on without needing to pronounce it, but audio narrators don’t have that option.

In an audio book, every character string must be spoken aloud. It’s time-consuming and annoying since it yanks the audience out of the story and forces them to listen to what sounds like a nonsense collection of letters and numbers.

This is bad enough when it’s just the designation of a vehicle or spaceship, but it can get worse. I’ve listened to books where the characters were comparing sections of code for discrepancies, and the author wrote out every line. A reader could scan each line looking for the one letter out of place, but in audio this is practically impossible. By the time the narrator got to line three, I’d forgotten what line one was.

If you want your story to work in audio, keep any character strings as short as possible. Movies and TV are a good guide here. C-3PO and R2-D2 are both character strings that are designed to be easy to say, and if you stick to that model you should be fine. Anything longer must be absolutely essential to the story. 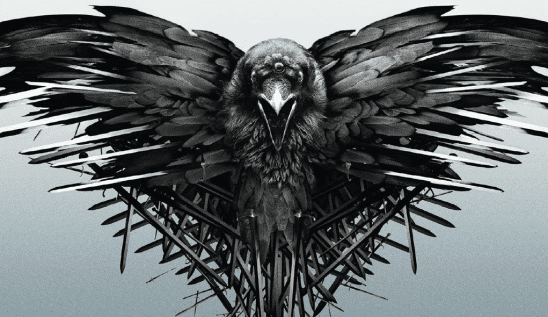 Making a story darker narrows the audience, and nowhere is that more obvious than with gore. Readers who can handle the grimmest commentary on human nature may balk at realistic descriptions of injury and illness. It’s one thing to read about how humans will inevitably lie to and cheat each other; it’s another to read a detailed account of what high explosives do to a person.

But at least in the written word, readers have the option to skim gory sections in stories they otherwise enjoy. In Feast for Crows, the fight between Brienne and Biter gets… shall we say, more intense* than some readers might like, but it’s relatively easy to get past that part and back to the epic fantasy.

If you’re listening in audio, that’s not an option. Even fast-forwarding, you have to listen to every single word as characters brutalize each other. Skipping forward has the same problem here as it does for non-story text: you’re almost certain to miss something other than what you intended.

If a listener doesn’t enjoy gore, hitting a section of blood and guts can ruin a story. They might not ever reach the end because to get there, they need to crawl over a field of description that sends bile into their throat.

This doesn’t mean you should immediately strip all gore from all your stories. Sometimes gore is absolutely necessary. The fight between Brienne and Biter wouldn’t have been the same without all the gnashing of teeth, and A Song of Ice and Fire specifically markets itself on the brutality of combat. But you should go over the gore in your story with a critical eye. Ask yourself if a section is worth losing listeners over. If it’s not, time to get out the scissors. 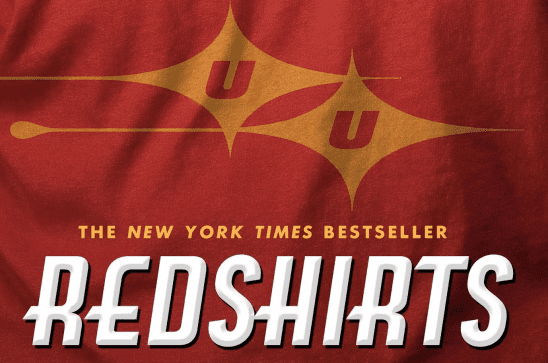 Dialogue attribution is tough, especially in books with lots of characters. The goal is to attribute dialogue as smoothly as possible, without calling attention to the act. This is why “said” is preferred over fancier options like “exclaimed” or “bellowed.” The humble “said” can fade into the background, nearly invisible to readers.

Listeners have a different experience. A listener hears every dialogue tag, and if there are a lot of them, it gets annoying fast. If you repeat a word often enough, it starts to lose meaning and become a nonsense collection of sounds. You can probably make this happen for yourself: just try repeating a word over and over.

When a book uses “said” at the end of every paragraph, the listener can’t ignore it. For that matter, this is a problem in print stories too, but it’s far more pronounced in audio. It’s hard to concentrate on the dialogue when “said” keeps intruding.

Even professional authors have trouble with this. John Scalzi’s Redshirts uses “said” so often that the audiobook is something of a chore. It’s a scifi parody, so the characters are always commenting on the absurdity of what’s happening, but that’s hard to appreciate when the book keeps drilling “said” into your brain.

Fortunately, there are other ways to attribute dialogue. If a character performs some minor action, it’s clear that the following dialogue is attributed to them. You can also work to make your character’s dialogue sound different, so it’ll be clear who’s speaking even without a tag. Scalzi himself took some of these lessons to heart, and since Redshirts, his books have improved considerably. 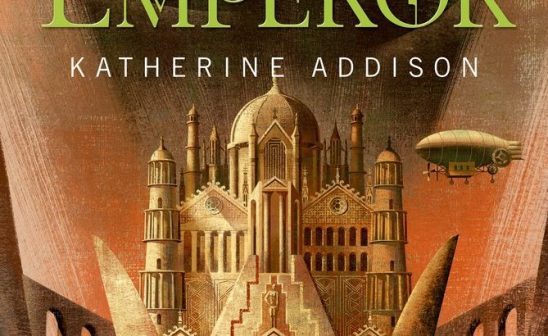 No matter the medium, storytellers should be careful when inventing new words. Even if your story is set in the far future or an alternate fantasy world, the characters should speak English* as much as possible. Trying to absorb a bunch of new definitions while also following the story gets confusing fast.

Audio fiction is particularly susceptible to fake words because listeners have only a word’s pronunciation to go on. At least in written stories, a reader can try to remember what a word looks like on the page. If a reader in a written story forgets a word, they can stop and page through what they’ve read to find the answer. In audio, that’s too difficult to be practical.

Consider The Goblin Emperor, a novel that never met a fake word it didn’t like. Mages are called “maza.” The imperial guard are called “nohecharei.” The list goes on, with countless mundane words substituted by fake fantasy words. There’s nothing special about the mages or imperial guards in this setting, and calling them by an unfamiliar name doesn’t make them more interesting. In contrast, The Goblin Emperor makes a powerful impression by using “serenity” as the imperial honorific, rather than a more traditional “majesty” or “highness.” That word choice says a lot about how the emperor is viewed, and it doesn’t confuse the audience at all.

This rule applies to names as well. Even though a proper name can theoretically be anything, it’s easy to overwhelm a listener with too many long, intricate names. This is even worse if the names sound alike. The Goblin Emperor is plagued by this problem, with names like “Csevet” and “Setheris” often used close together. Those names don’t look the same on paper, but they’re both pronounced with a “seh” sound, making it easy to confuse them. Worse, many of the names also sound similar to other fake words, until it’s hard to tell if “Athmaza” is a name or a job description. 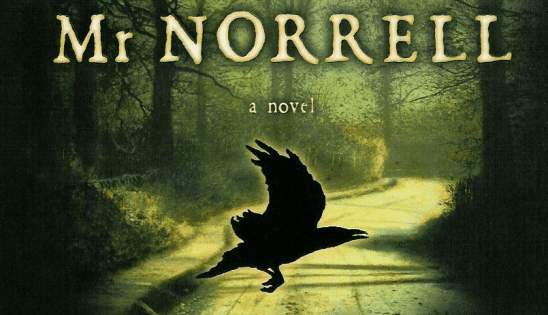 In case it’s been awhile since your last college essay, footnotes are notes that mark some side point in a work, like this one.1 Even in print stories, footnotes should be used with extreme caution. They disrupt the story, asking the reader to stop what they’re doing and look at something else. At best, they can add some humor, but they should never contain necessary information.

In audio stories, footnotes are far worse. They present an impossible choice. If the narrator records a footnote in with the rest of the text, it badly disrupts the story. This is a major problem when listening to Jonathan Strange and Mr. Norrell. You’ll be enjoying the story, when suddenly the narrator will launch into a footnote about a historical magician, and by the time the footnote ends you’re not sure what’s happening.

On the other hand, if the narrator tries to put the footnote at the end of an arbitrary page, the listener can end up even more confused. Unlike with a print story, listeners can’t flick their eyes up the page to see where the footnote is situated. They’ll be taken completely off guard by a footnote that relates to something from five or six paragraphs ago.

Unfortunately, there’s no solution that lets you keep your footnotes, at least not with current technology. If you want your story to work well in audio, even small footnotes will have to go. That’s probably a good thing, since even in print stories, footnotes don’t usually carry their weight.

Writing for audio presents a few new restrictions that storytellers must learn to deal with, but it’s also a tremendous opportunity. While the number of people reading books has stagnated, audio technology means people can consume stories while doing chores, commuting, exercising, and countless other activities. More demand means more work for writers, so learning to write for audio is valuable indeed.

Myself included.
You can guess why from the name “Biter.”
Or whatever language you’re writing in.