Character arcs form the heart of the story. They give audiences a reason to cheer a character on and add emotional depth to the plot. But not all characters arcs are equal. A good arc doesn’t just take a pauper and make her queen; it forces her to become stronger and wiser in the process. These characters didn’t get the arc they deserved. 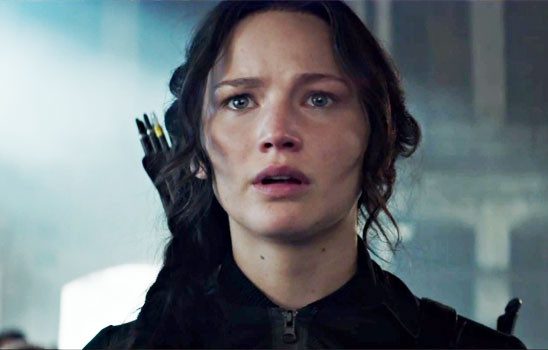 In the beginning, Katniss is a bitter, stubborn character. Her only thought is to protect others, particularly her loved ones. For that, she’ll sacrifice anything. She volunteers for the hunger games, a fate of almost certain death, to keep her sister from it.

In the end, Katniss is a bitter, stubborn character. Her only thought is to protect others, particularly her loved ones. For that, she’ll sacrifice anything. She makes a dramatic decision at the end that puts her life at risk, to keep others from experiencing the same violent oppression she did.

But she changes a little, right? She does develop PTSD. That’s certainly realistic, but it isn’t interesting to watch a disillusioned character become more disillusioned yet. It’s true that emphasizing weak points can create an opportunity for growth. Starting from a new bottom, Katniss could struggle to recover her lost health and faith in the world – it worked great for Legend of Korra, Season 4. But this opportunity isn’t given to Katniss. The closest she gets to proactively rebounding is choosing the right man.

In the series, she often lacks the control she needs to develop. In Catching Fire, Katniss isn’t even informed about what’s happening; other people make plans for her without her help or input. This improves in Mockingjay, where she is given choices – but none of these choices require her to change or grow as a person in any way. She just becomes less confused, figures out what she always wanted to do, and lucky for her it’s what everyone else wants, too. While the end is a break from what others want from her, it’s not a break from the behavior she exhibits in book one. We’re left with a Katniss just like the one we started with. 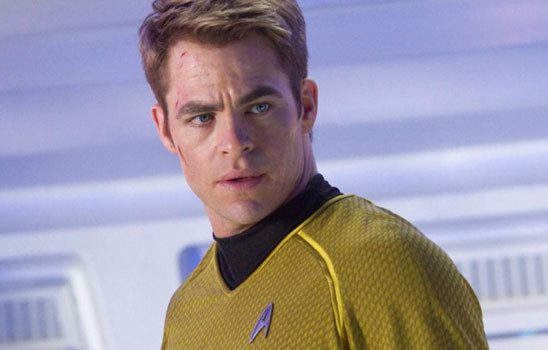 In the 2009 Star Trek, Kirk has a reckless, arrogant disregard for the rules. Spock has a rigorous devotion to them. Initially at odd with one another, they slowly learn from each other, recognizing their mutual strengths and resolving their differences.

At every turn, Kirk is rewarded for his bad behavior. He provokes a handful of cadets at a bar and ends up with a glowing recruitment speech from a captain. He cheats on a test and is suspended, but then he sneaks onto the enterprise and is promoted to first officer. He is marooned on a moon for disobeying the captain and attacking the security officers, only to meet future Spock, who gives him the secret to taking over as captain. At no point does Kirk admit to making a mistake of any kind.

So instead, Spock just adapts to him. He goes along with all of Kirk’s plans because he has no other choice. Kirk is never forced to compromise with him. Sure, Kirk becomes nicer to Spock, but it’s easy to be nice to someone you can order around. Luckily for Kirk, none of the crew flagrantly disobey him like he disobeyed Spock, even though they don’t believe in his leadership.

For a character to evolve, the story has to acknowledge they have flaws that need fixing. The character has to realize they made the wrong choice so that they have a reason to become a better person. Dismissing all of Kirk’s stupid and reckless behavior as crazy brilliance dooms him to being stale and shallow as a character.

The movie tries to tell a story about how Kirk left his life of misdirection behind and fulfilled his true destiny. Really, it’s about a self-satisfied troublemaker who goes to space and steals the command of an entire ship. 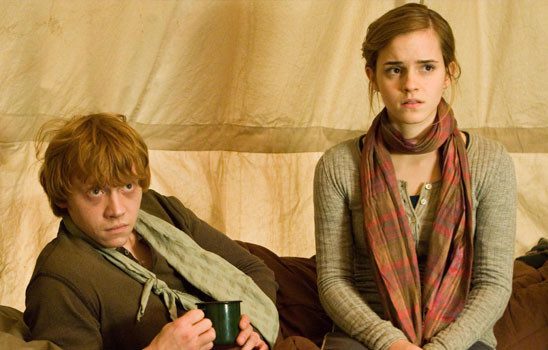 Okay, I’m cheating; these are technically two characters with two different arcs. I’m pairing them because they complete each other. No, not romantically. They each have arcs that are half formed – but where one is weak, the other is strong.

Hermione is a model for slow character growth. In book one she is socially inept and completely inflexible. As she matures she retains her fun and positive traits, while becoming more socially adept and empowered.

But unfortunately, Hermione doesn’t have much emotional depth. We don’t know what drives her to work so hard in the first place. We don’t understand why she insisted on following rules or why she was so bossy. We’re left with the impression her eccentricities slowly wilted away, rather than that she underwent a learning process that changed her.

Ron, on the other hand, does have a compelling emotional issue. He feels inadequate next to his handful of older brothers; when famous Harry becomes his best friend, it makes the problem worse. His insecurity boils over occasionally during the series, until it reaches an epic climax in the seventh book.

That’s all great, but unlike Hermione’s arc, there’s no indication that his feeling of inadequacy changes. While he confronts his fears during the climax, he wasn’t in denial about them before. It’s like he and his problems say hi to each other, then continue exactly what they were doing before the encounter.

Compare this to Xander’s arc in Buffy the Vampire Slayer. Xander feels inadequate because he can’t fight evil like the others can. However, in later seasons he learns carpentry and takes a great deal of pride in it. It’s not the ass-kicking ability some argue he should have, but it resolves the emotional problem he was dealing with. Ron, on the other hand, isn’t given anything special to boost his confidence. According to the epilogue,* he remains in Harry’s shadow for their entire career. 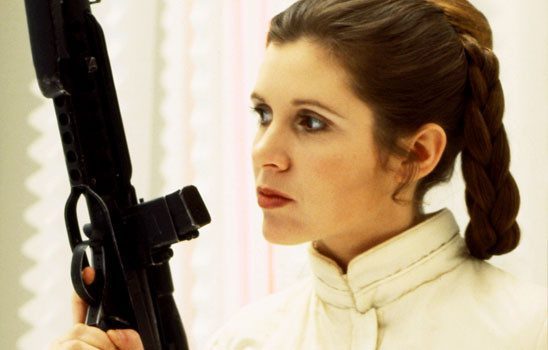 Leia was an unforgettable character when she entered in Episode IV. A mock damsel in distress, she shames her rescuers by showing them how much better with a gun she is. She’s a kick-ass diplomat and high ranking officer of the rebel alliance.

But as with many female characters, she gets watered down thereafter. Unlike the other central characters,* she doesn’t get a character arc of her own. Luke learns to be a Jedi and struggles against the dark side of the Force. Han deals with his debt to Jabba the Hutt and starts fighting for a cause. Even Lando has a redemption arc. Leia… you know, she does stuff?

Fans could argue she has two arcs – her romance with Han Solo and the beginnings of her own Jedi powers. The problem is that both of these arcs are as much or more about the male characters. Setting aside how creepy her “no means yes” romance with Han was in Episode V, Han got his own arcs in addition to their romance. The romance arc wasn’t enough for his character, and it wasn’t enough for hers either.

While making her a potential Jedi was a great move, she only uses her Force sensitivity to empathize with Luke. Not even with Han; her powers are strictly Luke-related. The two of them have a critical conversation in which he tells her that she’s his sister and Darth Vader’s daughter, but the conversation focuses on him and his choice to confront Vader. Her role is becoming upset and then pleading with him not to go. She doesn’t get to confront Vader herself or take any meaningful action based on her new knowledge.

And that’s the heart of it. Despite her iconic style and fun personality, Leia is a character without agency in the plot. She merely tags along with whatever other characters are doing. Without plot-driving choices, character arcs are meaningless. 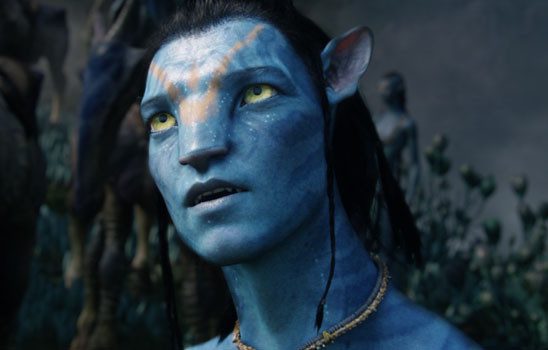 In Avatar, Jake Sully has two arcs that were carefully planned and implemented. First, Jake desperately wants to regain movement in his legs. Second, he undergoes training from Neytiri, which takes him from being “like a baby” to understanding and respecting the nature of Pandora and the Na’vi tribe. But both of these arcs fall apart when context is added. They’re a privileged mess.

Let’s start with the mobility arc. If you ever feel like insulting people with disabilities, use your story to tell them how inadequate they are. Show how someone with a disability should be desperate to not have that disability. Depict how sad and sorry they are that they can’t see, walk, etc. That’s exactly what Avatar does.

The problems with the training arc require more explanation. First, the low point of this arc comes when the Na’vi discover Jake didn’t tell them what he knew about plans to attack their home, and they cast him out. They are mad for a good reason – he pretended to be part of their tribe while not being faithful to them. Does he ever apologize for this mistake or learn a lesson? Not that we can tell.

Instead he takes a wild jump onto an animal they consider sacred in order to bond with it – something very few Na’vi have ever achieved. If you don’t know what’s wrong with this, imagine an old mentor who has spent her entire life trying to craft a magical ring. Then when she isn’t around, her new student decides he can make this ring, no problem. By doing so, he is dismissing all the skill that goes into the art he is learning. Sure, the story can make him succeed, but that doesn’t make his attempt any less stupid or disrespectful considering what he knew about it.

Then Jake uses the sacred animal to become their war leader. This is salt in the wound of Indigenous people everywhere. It suggests other cultures need a white person to save them. Sure, Jake knows about the enemy, so he should advise the Na’vi. But what qualifies him to take charge in place of their experienced battle leaders?

He doesn’t take any of the lessons about nature to heart either. In the beginning, Jake recklessly stumbles about the woods at night, fighting animals that attack him. Neytiri finds him and admonishes him for ignorantly stumbling around. She tells him the death of the animals he was fighting is sad, because they didn’t need to die. In the end, Jake recklessly jumps onto a sacred animal and tells everyone to go to war. That’s learning for you.

If you consider the epilogue canon.
Well, the central characters whose speech we understand.