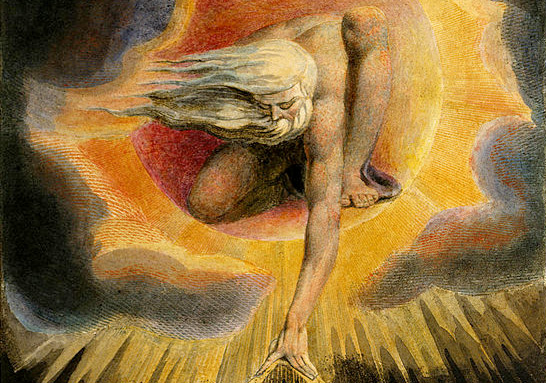 What do Discworld, Alice in Wonderland, Hitchhiker’s Guide to the Galaxy, and Lord of the Rings have in common? If you guessed “omniscient narration,” then you’re right, but you also cheated by reading my title. No matter – I will still share the secrets of this powerful but challenging perspective.

What is omniscient narration? It’s when the narrator of the story is all-knowing. They are like a deity that looks on the world from above, seeing the truth of everything but staying distant from it. This is the opposite of limited narration. Limited is told from the perspective of a viewpoint character, never straying from the character’s experience. I’ll explain more as I go. Let’s get to our five essentials.

The biggest downside of omniscient narration is its distance. By looking down on events instead of participating in them, omniscience robs the story of immediacy, impact, and tension.

To offer a benefit, omniscient must repay this debt with novel commentary. Instead of relaying what happens as though it’s unfolding in front of your eyes, a strong omniscient narrator will add their own thoughts and opinions. Not just any thought and opinions, but interesting and creative ones. I’ll give you an example. This is from Terry Pratchett’s Guards! Guards!.

Lady Ramkin drawing herself up haughtily was not a sight to forget, although you could try. It was like watching continental drift in reverse as various subcontinents and islands pulled themselves together to form one massive, angry protowoman.

I didn’t have to search for this – I randomly opened the book and saw it. However, not every character is described at this length; this was Pratchett’s way of adding emphasis to the moment. Here’s a more subtle example.

The mob filled the broken doorway. Some of it was waving various sharp implements with the up and down motions proper to rioters.

A writer using limited would focus on how the viewpoint character felt in a tense moment like this, most likely evoking fear or anger. In omniscient, the narrator is free to discuss “proper” behavior for rioters, making the segment humorous instead.

This dynamic is why light, often absurdist stories are the most natural fit for omniscient. The lower tension is replaced by higher novelty, and the absurdity offers something to comment on.

2. Clear Attribution of Thoughts and Feelings

When you’re writing in limited, one of your characters is essentially narrating your story. How much they flavor the narration depends on the distance you choose, but with a close distance, it’s easy to dip smoothly into their thoughts. Close narration doesn’t require labels such as “he thought,”
“she wondered,” or “they felt.” In fact, these labels will damage close narration by adding distance.

When writing in omniscient, that changes. Now your narrator is a personality outside of the story. If you don’t clearly mark what is character opinion and what is narrator opinion, your narration will confuse readers. Often, omniscient narrators will refrain from spelling out thoughts altogether, instead summarizing them in the narrator’s own words. Tolkien did this quite a bit; look at this example from The Fellowship of the Ring.

Gandalf sat down again and puffed at his pipe, as if lost in thought. His eyes seemed closed, but under the lids he was watching Frodo intently. Frodo gazed fixedly at the red embers on the hearth, until they filled all his vision, and he seemed to be looking down into profound wells of fire. He was thinking of the fabled Cracks of Doom and the terror of the Fiery Mountain.

By doing this, Tolkien is able to narrate about both Gandalf and Frodo in the same paragraph without confusing readers. Note that Tolkien is also masterful at showing their mood through description, allowing him to invoke more feeling while staying incredibly distant.

Pratchett, on the other hand, liked to state thoughts more outright. Let’s look at another snippet from Guards! Guards!.

What a shower, he told himself. A bunch of incompetents no other secret society would touch with a ten-foot Sceptre of Authority.

You might notice this looks like dialogue without the quotes, and that’s basically how it works. Like dialogue, Pratchett keeps it to one character per paragraph.

Keeping the narrator separate from the character is especially important, because in omniscient, the narrator speaks absolute truth. In fact, a big advantage of omniscience is the ability to describe how the characters are ignorant or wrong. If the reader mistakes a character’s biased viewpoint for omniscient narration, they may feel misinformed.

3. Strong Focus on the Story

Limited narration is named for the constraints it puts on the writer. The writer can only impart what the character knows, and the narration will feel more natural if they impart this knowledge when the character would think about it. Omniscient is powerful because of its ability to impart any information the writer wants, whenever the writer wants. But with great power comes great responsibility.

Whereas limited narration encourages writers to focus on what’s relevant to the character, and therefore relevant to the story, omniscient offers no such structure. The writer has nothing but their own restraint* to keep them from wandering away from the task at hand.

This gives the writer endless judgement calls. Yes, it may be convenient to dip into everyone’s thoughts in short order, but that could result in jumbled narration that disorients readers. Yes, you can take a breather to impart some facts about your world, but that could put your readers to sleep.

To successfully make these judgement calls, writers must stay focused. They must prioritize the strength of the entire story over beloved tidbits that aren’t carrying their weight. Again and again, they have to ask: does the reader really need to know this?

Loss of focus is why your omniscient narrator shouldn’t refer to themself with “I.” If you use first person omniscient, the reader’s attention is dragged away from the story and put to wondering who the narrator is – a question that never has a satisfactory answer.*

As I stated earlier, one of the primary disadvantages of omniscient is that it lacks tension. Given that, a writer using omniscient should foster tension where possible. Luckily, omniscient has its own tools for that.

Because omniscient narrators can reveal whatever they want, foreshadowing is much easier. You can tell your audience that disaster is coming at any time. All you have to do is make it flow with the narrative. Here’s an example from the beginning of Alice in Wonderland, where Alice is chasing the White Rabbit.

…she ran across the field after it, and fortunately was just in time to see it pop down a large rabbit-hole under the hedge.

In another moment down went Alice after it, never once considering how in the world she was to get out again.

In this quote, a subtle comment tells us that Alice has gotten into trouble.

Similarly, tension can be raised by concealing the right information. In limited, it often feels disingenuous if readers are kept in the dark about something the viewpoint character knows. Omniscient does not have this issue. The narrator is free to include a monster without ever describing what it looks like, leaving it spooky and mysterious. Let’s take another example from Guards! Guards!, because Pratchett was just that good.

But now there was another sound, the alien sound of a door creaking open. Footsteps padded across the floor and disappeared among the clustering shelves. The books rustled indignantly, and some of the larger grimoires rattled their chains.

The Librarian slept on, lulled by the whispering of the rain.

Here the narrator paints a scene with an unknown person sneaking into the library. The closest thing it has to a viewpoint character is the Librarian, who is asleep and can’t perceive anything. Pratchett included enough details to set the mood and left the rest mysterious.

Omniscient narration requires substantial effort.  It’s not enough to say what’s happening; now you have to say it in an interesting way. That requires a distinctive style and personality, one that isn’t grounded in a character you’ve carefully developed.

That’s why you have to take extra care to maintain your omniscient voice. Don’t let it fade away into blandness. Don’t let your mood influence the style and personality of your narrator. Don’t write limited by accident.

Great omniscient narration has follow-through. For example, let’s take Douglas Adam’s Hitchhiker’s Guide to the Galaxy. The narrator is not from Earth, continually imparting humorous details from an outside perspective. The first character (other than the protagonist) is introduced like so:

Mr. L. Prosser was, as they say, only human. In other words he was a carbon-based life form descended from an ape. More specifically he was forty, fat and shabby and worked for the local council. Curiously enough, though he didn’t know it, he was also a direct male-line descendant of Genghis Khan, though intervening generations and racial mixing had so juggled his genes that he had no discernible Mongoloid characteristics, and the only vestiges left in Mr. L. Prosser of his mighty ancestry were a pronounced stoutness about the tum and a predilection for little fur hats.

A lesser writer might forget all about the comparison between Prosser and Genghis Khan, but nope, Adams continues to call back on it.

Mr. Prosser’s mouth opened and closed a couple of times while his mind was for a moment filled with inexplicable but terribly attractive visions of Arthur Dent’s house being consumed with fire and Arthur himself running screaming from the blazing ruin with at least three hefty spears protruding from his back. Mr. Prosser was often bothered with visions like these and they made him feel very nervous.

Then when Adam introduces the next significant side character, it’s in the same vein as his first introduction.

By a curious coincidence, ”None at all” is exactly how much suspicion the ape-descendant Arthur Dent had that one of his closest friends was not descended from an ape, but was in fact from a small planet in the vicinity of Betelgeuse and not from Guildford as he usually claimed.

If Adams had followed his famous opening lines with unremarkable prose, this work would not be the classic it is.

Staying consistent doesn’t mean your narration should be perfectly even. Like any story, the style should fit the scene taking place. A humorous narrator can drop back a little during tense or emotional moments, so the writing feels more immediate. But these changes should be added intentionally.

Don’t use omniscient just for the freedom to describe whatever you want. Assess whether its advantages and disadvantages match your story. While Tolkien was a skilled omniscient narrator, Lord of the Rings might have been more compelling in limited. On the other hand, Hitchhiker’s Guide to the Galaxy is perfectly matched to this perspective. If this is your first time writing in omniscient, pick a story that fits, and get ready to sweat over each word.

And the red pen of their editor.
Okay, it’s technically possible to make this work, but do yourself a favor and don’t try it.