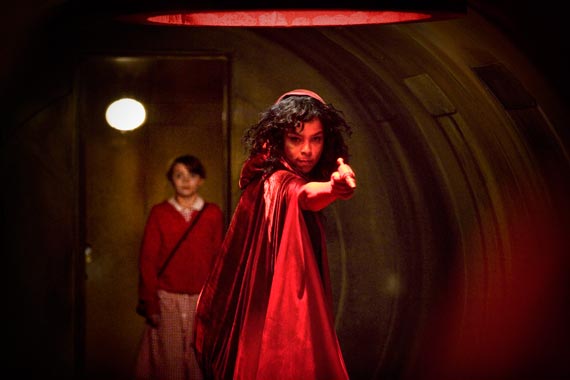 In Doctor Who, Liz 10 defends a small child from monsters, establishing how serious the situation is.

The opening scene is one of the most crucial in your novel. It has to engage readers while introducing the most important aspects of the story. I know that’s a lot, so let’s go over the five big things you need for a good opening scene: main character, tone, world, foreshadowing, and conflict. While there are exceptions, the vast majority of great stories stick to this list, and it’s usually best to follow what works. 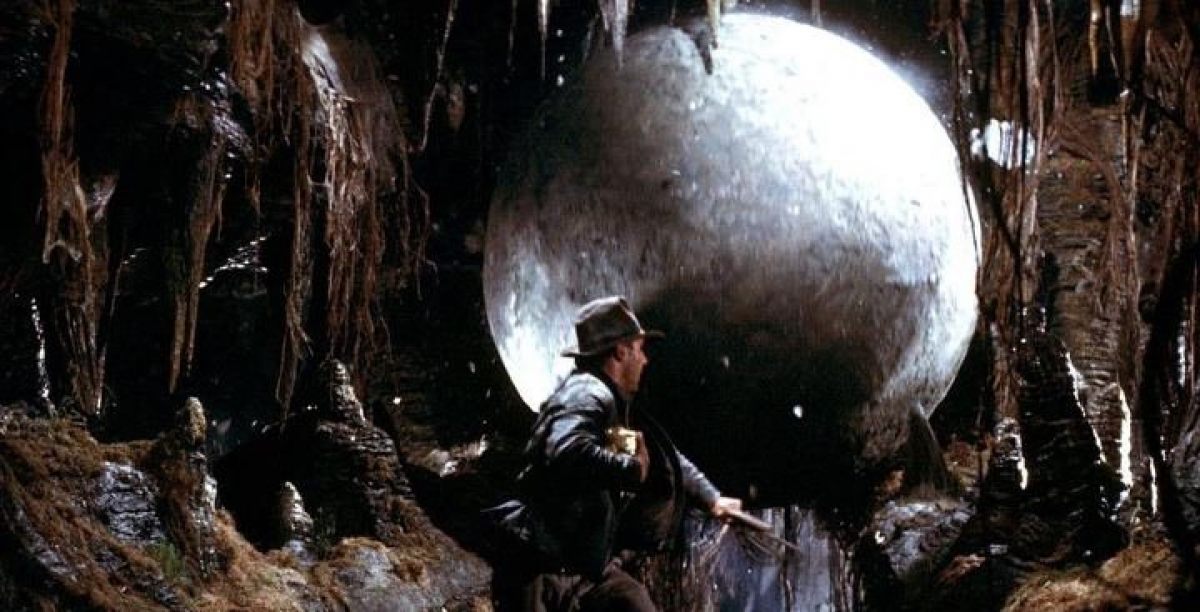 Your main character is obviously an important part of your story. It’s vital to introduce them as early as possible, so your readers can get to know them and root for them quickly. People tend to get attached to characters they meet in the opening scene, so make sure that character is your hero and not a random person who barely shows up.

Most stories start with a scene that features the main character, so getting them in there isn’t difficult. Helping readers discover what sort of person they are is the tricky part. That’s where the term “characteristic moment” comes in. This is a part of the opening scene, or sometimes the whole scene, that tells readers what to expect from the main character. Most stories will include this because it’s an easy way to show if your character is good, bad, or morally ambiguous.

However, this moment can’t and shouldn’t explain every nuance of their character. Oversharing can be a fatal flaw in an opening scene. Readers don’t need to know the hero’s entire tragic backstory out of the box. Provide a basic sketch of their character and what they look like, but avoid a whole paragraph describing their luscious hair.

In the opening scene of Indiana Jones and the Raiders of the Lost Ark, we’re introduced to Indiana Jones, who is easily recognized as the rugged action-hero type. He sneaks into an ancient temple, defeats the traps, and gets out with the artifact. We also get more of a glimpse of his personality in the next scene, which shows his brainiac professor side.

The second important thing to remember in your opening scene is tone. Tone is the overall feel of your novel. For example, a crime thriller will probably feel dark and gritty, while a contemporary romance will have a lighter, happier air.

You can’t start a dark book with a comedic opening scene, or vice versa. If you start your story with a different tone than the rest of the book, readers will get confused as soon as you move on. It’s always a good idea to decide what your tone will be in the prewriting stages of any project in order to avoid problems later.

Tone is one of the trickiest things to work into a first scene. If you’re too subtle, the scene can become bland, but if you go overboard, it’ll be obnoxious. You have to find that special balancing point, and that spot will be different for every story. The best advice I can give is to work it until it feels right.

In Big Hero 6, the movie opens with an aerial shot of San Fransokyo, automatically letting you guess that this is a futuristic sort of movie. We then cut to a Pacific Rim/Power Ranger bot fight that turns out to be not quite as big or bad as you thought. This scene perfectly captures the tone of the movie, which is a mix of fun scifi and gritty superhero stories. 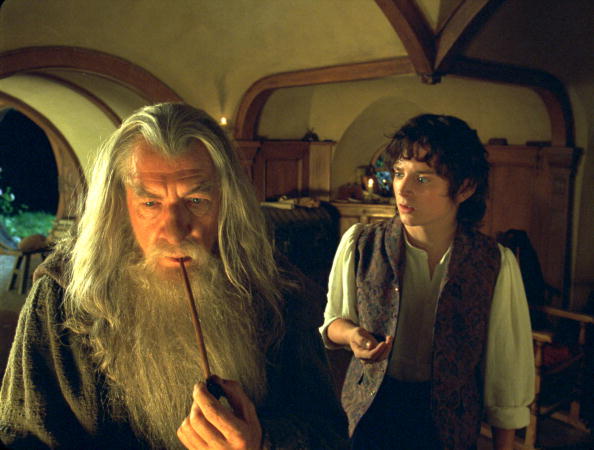 Your opening doesn’t have to be a fifty-page monologue about hobbits and tobacco, but you should at least hint about your world. If it’s scifi, show some planets out the window or two suns in the sky. If it’s fantasy, add some fairies or magic. You want something that says to readers, “This isn’t the world you know.” (Unless, of course, it is the world they know.)

Establishing the world is especially important because book covers and synopses can be misleading. No one wants to get fifty pages in before they realize that this book is second-world fantasy instead of a contemporary fantasy.

When you’re introducing your main character, you also don’t need a massive info dump. Slowly trickle in the details where it feels realistic. Give enough facts that readers know what’s going on, but don’t overwhelm them with pages of description. Carefully build up the world and they will love it.

In Warcross, the main character, Em, goes about her life trying to find the money she needs to pay rent through bounty hunting. Through her actions, author Marie Lu shows us everything we need to know to start: that the story takes places in the near future, that society has declined, and that a game called Warcross has an overwhelming impact on people’s lives. 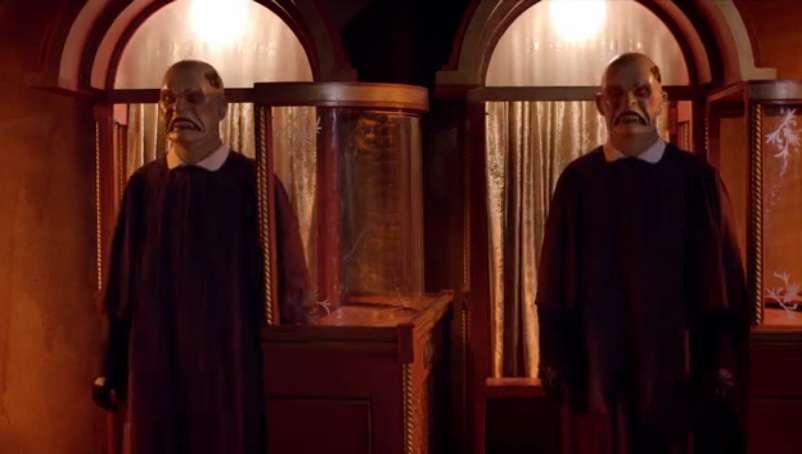 You know that sense of foreboding you get at the beginning of a horror novel, that niggling feeling that something’s not right? Or when you get to the middle of a book and realize that something you learned in the beginning just became important? Those hints of what’s ahead are called foreshadowing.

Most opening scenes won’t have a lot to do with the plot. Instead, they introduce the whole story. That’s why foreshadowing is important in scene one. It not only helps readers know what to expect, but it also helps build anticipation.

To properly use foreshadowing, you need to know what’s going to happen later on and which of those elements are important enough to include in your first scene. Plot, primary characters, and even important objects could all be hinted at in scene one. But be sure not to smack readers in the face with things. It’s supposed to be a taste, not the full-blown meal.

Doctor Who episodes often foreshadow their plots and monsters, but an episode that particularly sticks in my mind is “The Beast Below.” It starts out with a scene of schoolchildren getting their grades for the day. One little boy is told by the creepy Smiler that he did not do a good job and is forced to go on an elevator by himself, where a creepy poem is recited and he falls through the floor. It quickly drops hints about the sinister things below the surface for the hero – and viewers – to investigate later. 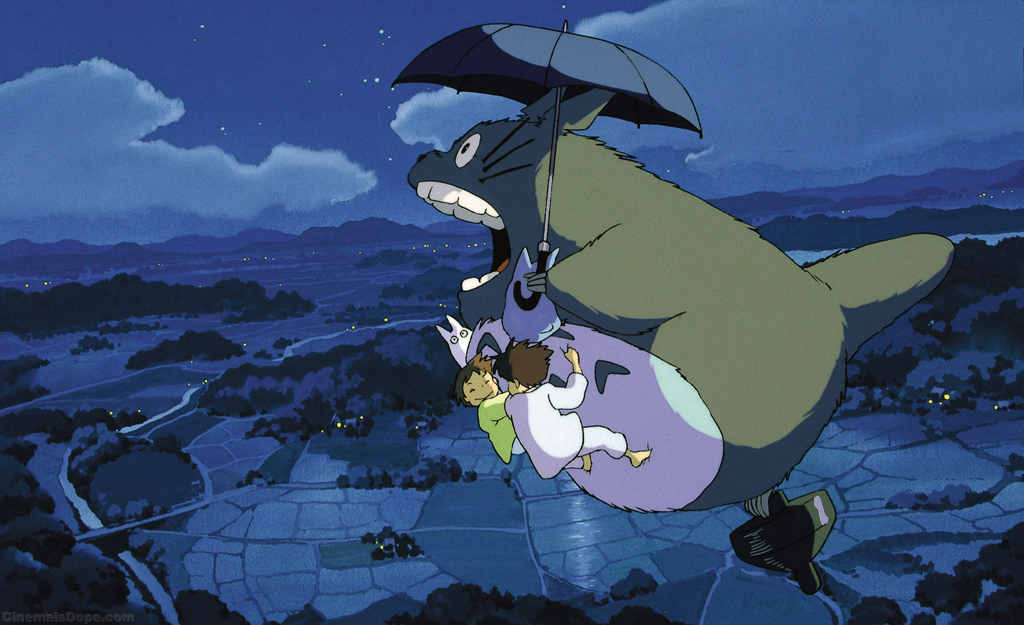 Conflict doesn’t have to be drastic fight scenes or life-threatening situations, either. It can be as simple as two characters arguing or your main character losing their school presentation. All we need is something that creates friction and gets readers asking questions.

This can also help you introduce your main character, because everyone reacts differently to conflict. You just need to pick the right conflict for your character and story. If it’s a Western, the opening conflict could be the cowboy dealing with some rustlers. If it’s a romance, the main character could do something embarrassing in front of their love interest.

However, it’s best to avoid in medias res (starting in the thick of the plot) unless you know how to do that properly. Otherwise, you’ll end up with something flashy, but with no substance. You need to present readers with a scene that will wet their palate for the rest of the story, not give them something that drops them in the middle with no explanation.

My Neighbor Totoro doesn’t have a flashy opening. It simply shows two little girls moving across Japan with their father and their truck. But the way it starts makes you ask questions like “Where are they moving?” and “Where is their mother?” Once they arrive at their new house, soot sprites are introduced to create more conflict and raise questions, keeping viewers hooked.

Every element in an opening scene needs to work together to create a doorway into your story. It’s tricky, but with some hard work and a lot of editing, you can do it.

Rachel Meyer is a writer and future author who also enjoys blogging. When she’s not writing, you can find her reading Tolkien or watching movies (probably more than she should). She blogs at R’s Loft and can be found on Facebook and Instagram.

Comments on Five Essentials for an Opening Scene