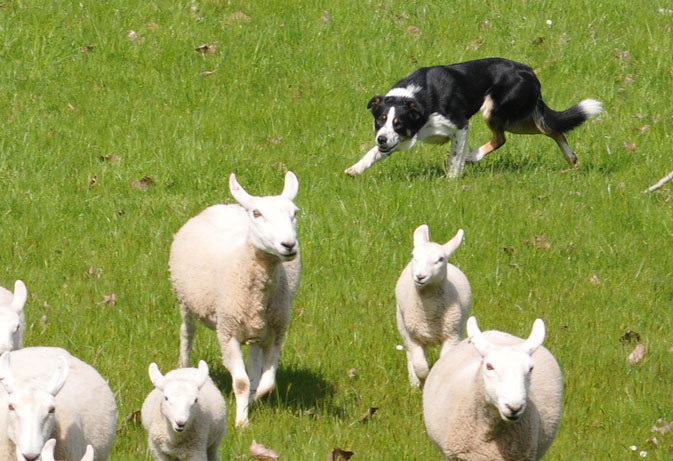 Image by Arbutus used under CC BY 2.0 (cropped)

Running a game is hard. A GM has to not only manage the story but also the game’s participants. GMs are asked to guide everyone to a satisfactory ending while making it look like they are hands off. To keep everyone happy and on track, GMs need to develop these habits.

Most GMs know not to railroad the story, but making players feel like they’re behind the steering wheel takes more than letting the story go in multiple directions. It means proactively paying attention to what players want, and finding ways to make that happen – even if it thwarts some of your plans.

For players, a roleplaying campaign is an exercise in creative problem-solving. The GM gives PCs a problem, and the players uses their wits and creativity to think of ways their characters could solve them. Sometimes their ideas feel extremely likely to succeed and match GM plans perfectly. Other times, these ideas feel like a stretch and wander into areas the GM was unprepared for.

Regardless, GMs should aim to make these ideas fruitful. Is the player actively walking away from the answer to the mystery? That’s okay, by doing that they find a clue that steers them in the right direction. Do they want to find a monster that doesn’t exist? Just bend reality in the background. Now the monster does exist. The GM doesn’t have to make far-fetched solutions easy or accommodate ideas that would lower player enjoyment, but some adaptation to players is essential. Otherwise, the players will feel like they have to read the GM’s mind to get anywhere.

This rule also works in reverse. When a player is trying to avoid a specific story outcome, the GM needs to respect that. Sure, maybe you have a super-cool scene planned where a player gets captured and is released when a shadowy menace destroys their captor. But if your player is taking pains to avoid being captured, you’ll need another way to introduce the menace. No matter how cool your ending is, the player won’t enjoy it if you’ve forced it on them.

Sometimes players want things you can’t roll with. Maybe the power gamer wants to tackle the big monster, but you created that monster so another player would finally get their moment in the spotlight. Maybe the PCs want to steal something important from the enemy, but it’s so powerful it will break the game.

This is when the ability to say “no” comes in real handy. This can be hard for GMs who are trying to make their players happy. Will the players get upset if they can’t have what they want? Will it feel heavy-handed if you tell them it’s not possible?

Remember that the longer you draw out your refusal, the harder refusing will be. A quick “you can’t do that because X” allows the players to adjust and move on, whereas putting story obstacles in the way could prompt players to do more problem-solving. Pretty soon, they’ve spent several sessions trying to get the thing you don’t want them to have. If you’re trying to delay until the last session to give them game-breaking powers, that can work great. Otherwise you’re in trouble because now they’re emotionally invested.

Good explanations can help your refusal feel natural. First look for in-story explanations, “the metal wall is so thick that melting through it with the blow torch would take all night, and you don’t have that long.” If that fails, look for rules to support you: “that spell can only be used on regular animals and this animal has human intelligence.”

Regardless of whether your explanation satisfies your players, don’t let them draw you into an argument. That will hold up the game and encourage them to challenge you next time. If a player insists on arguing, offer them a way to get what they want if they trade in something important or do a lot of homework. “After the session, send me a list of scientific papers that prove people can be resistant to that poison, and I’ll let your character have immunity.” Often, they’ll stop arguing and won’t follow through. When all else fails, appeal to them as a friend and ask them to drop it. Your players should want your game to go smoothly.

One of the hardest things about roleplaying is that a player’s knowledge is almost always insufficient for their role. The character may be a James Bond that deals with supernatural threats, but the player probably knows next to nothing about being a secret agent or breaking into security systems, much less all the supernatural threats in the world.

This can leave players feeling like a fish out of water. They may have trouble getting into character or spend a long time figuring out what to do. Worse, they may simply stay silent, draining the enthusiasm from other players.

GMs should make this burden as light as possible by telling players what their characters would know. Was the assignment they were given unusually mysterious or are all their assignments like that? What is the standard etiquette at the fancy black-tie events they go to? Is that hole to another dimension something they’ve heard of? Don’t wait for knowledge rolls to give the players some context. They can get more information with a knowledge roll, but whether they know how to do their job shouldn’t be left to chance.

Filling players in also makes it easy for GMs to gently steer the game. If the players know that demon leaders have been assassinated many times, but each time a new leader quickly assumed the roll, they are unlikely to try assassination as a tactic. In addition, more context can make story events feel a lot more meaningful to players.

Some players act like heat-seeking missiles that quickly scope out the most exciting things in the world and become involved with them. But most often, you’ll have one or more players that build a character and then twiddle their thumbs, only reacting when prompted. This happens for many reasons. The player could be tired, they could be shy, or maybe they just didn’t manage to give their character a strong goal. Regardless, without a special effort these players won’t enjoy the game.

It’s the GM’s job to engage every player, and inevitably that means bringing the plot to them. Perhaps the character receives mysterious text messages on their phone, predicting when future tragedies will occur. Or maybe an old friend shows up to beg the character for help. You can use these nuggets to connect them with what the other players are doing. As it turns out, the enemy that’s targeting their friend-NPC is working with the big threat that the other players are chasing down.

Some preparation earlier in the game will make this a lot easier. It starts with character creation. Some systems make players set character goals or even give characters plot hooks. If the system doesn’t do that, there’s nothing wrong with adding it. Ask your players to create a personal goal for their characters, come up with NPCs close to their characters, or write a brief backstory.* Review their choices, and if they won’t help you keep the characters involved, nudge the players in the right direction. During the game, take notes on what players are interested in. If a player keeps holding tea parties, make the antagonist a tea enthusiast they meet at a social event.

Nothing makes a game more fun than when every player feels like there’s something in it that’s just for them. You may not manage it every session, but as long as you know how to get each player involved when you need to, the campaign will be rewarding for everyone.

5. Providing as Many Hints as Needed

Sometimes players just don’t get what you’re trying to do. Maybe you’ve planned an adventure where they save a merchant guild from a dragon, but when they hear news of the problem, they don’t realize they are supposed to solve it. Or they ask how to get their hands on the magic item. You explain how it’s guarded by twenty knights in the tallest tower of the castle, and they take that to mean it’s an impossible task. In these cases, players are usually happy to go along with what the GM planned, but they can’t do that if they don’t know what it is.

Most GMs try to be subtle in their guidance, and that’s a good thing. But when understanding the GM’s intent is critical to a fun session, subtly can result in costly misunderstandings. Maybe you wanted directions for a ritual to sound mysterious and magical, causing your information to be misinterpreted by your players. If they spend half the session obtaining a green blood stone only to learn they needed something different, they’ll be frustrated.

So before your players spend too much time and energy in the wrong direction, it’s better to just tell them what you meant. Make it quick and casual, and everyone will get back to the game with a minimum of fuss or frustration. Continue this as many times as you need to get them through the session. If you had to walk them through every part of your mystery, re-evaluate your methods for the next time.

GMing allows storytellers to watch as their audience experiences the story. But making that experience positive requires giving your audience personalized attention and proactive management. The more you practice, the more it will become second nature.

Make them keep it brief, or it will be too elaborate to work into the game.