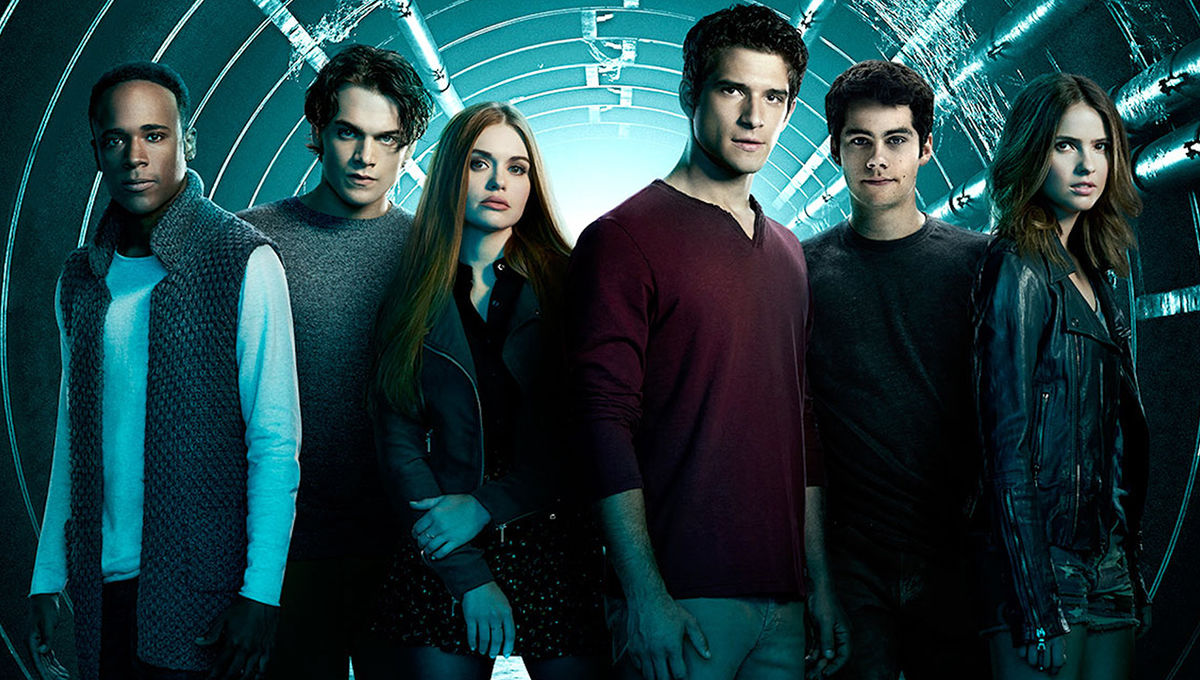 Literally every character in Teen Wolf is supernaturally good looking, but the townsfolk suspect nothing!

Recently, I wrote an article on ways to explain the urban fantasy masquerade. As soon as it was published, I realized my mistake. In my excitement to offer what solutions I could, I’d forgotten to tear down all the stories you like. *cough* I mean, I spent too few words describing why typical masquerade explanations don’t cut it, leaving people to think those explanations work better than they do.

For anyone who’s coming in now, the masquerade is the trope in which all fantasy elements in a real-world setting are a secret from most of the human world. The trope is both incredibly useful and incredibly implausible. Let’s go over some of the genre’s favorite nonsensical explanations.

1. No One Believes in Magic Anymore

Like most explanations, this one comes in a variety of flavors. Usually, it’s part of some belief mechanic in which magical things are hidden because people don’t believe in them. An example of this is the consensual reality in the RPG Mage: The Ascension. In Mage, casting magic out in the open does damage to the caster because onlookers don’t believe it’s real. In other stories, the lack of belief has pushed magical things out of the world, or most people can’t see magic just because they’re too stubborn to believe in it. Everyone’s into science these days, so there’s no room for fairies and unicorns!

Yeah, no. First of all, are you really going to tell your fantasy audience that people won’t believe in magic? Maybe you could’ve made that case back when people looked down on speculative fiction, but now that Amazon is spending a billion dollars on a fantasy TV show, that’s not going to fly. Plenty of people are ready to believe in magic with even the slightest rumor, much less solid evidence.

Assuming you can overcome that obstacle, there’s another issue. These worlds come with the assumption that people believed in magic long ago; that’s why we’ve heard of it at all. But then why did people stop believing in it? It would be like everyone deciding they don’t believe in electricity or raccoons anymore.

Speaking of which, why is only magic affected by belief? How did Nicolaus Copernicus prove that the earth rotates around the sun when everyone believed otherwise? If belief changed reality or even just our sensory perception of it, we would still think the Earth is the center of our solar system. If we all decided raccoons were a myth, would they disappear?

At best, this explanation doesn’t stand up to scrutiny. At worst, it feels like an insult to fans who would like to see some magic, please.

In these stories, magical people are perfectly willing to share their existence with regular humans. But dang, the natural laws of the universe just won’t allow it. In particular, regular humans just can’t perceive or remember anything magical they encounter. Human spellcasters can be seen, but not their magic. Elves and dragons are invisible, forgettable, or look like some real-world equivalent.

That sounds swell, but in practice, it can become a headache.

Because no one in the story will make any effort to hide magic, every answer to these questions must also trace back to a natural law of the universe. If you have to explain all of these things in your story, you’ll end up adding more and more laws until your masquerade feels contrived. It’s as though some powerful presence is creating a bunch of random rules just to prevent humans from learning about magic…

That’s why I think it’s better to have an actual intelligence doing this in your world, for the explicit purpose of hiding magic. But depending on how your world is set up or what’s in your story, the automated forget-me field might actually work for you.

First, it’s easiest if there’s a clear separation between things that are magical and those that aren’t. That’s hard if your setting is really eclectic, but if all spellcasters have fairy blood or all magical things come from a fantasy realm, it’ll feel more natural when you decide what’s forgettable. Second, you don’t want to show magical things spilling into the normal world that much. The less magic impacts regular people, the less the audience will wonder why humans can’t tell something is up.

Mythcreants has already discussed numerous times why society won’t turn on people for having magic, so I’m going to skip over all those dynamics of power and privilege among groups. Instead, I just want you to imagine that you have a cool magic power. Defying all reason, some people resent your magic so much that they want to hurt you. On top of that, we’ll say you’re a pacifist. You won’t use your magic to kick them to the curb even when they attack you directly. So what can you do?

You could hide your powers and engage in costly cover-ups to prevent anyone from knowing those powers are real. Or you could make your powers known and find a rich billionaire, corporation, or government that will pay you handsomely.

Once you have lots of money, your next step is to create your own secret service to protect yourself. Congratulations, you are now safer than you would ever have been as a person without magic, and you can have caviar every day too. Plus, you don’t have to hide your powers!

Please keep in mind that the people killed in real witch hunts couldn’t do this because they didn’t actually have powers. So if you want your fantasy witches to be threatened with an old-fashioned burning at the stake, an enemy with even more power than the witch must be behind that.

“What if magic is dangerous?” you ask. Well, if it hurts humans, then humans deserve to know about it regardless of how they react. In that case, there would only be a masquerade if every magic wielder is evil. If there’s one conscience among them, it’s all over.

4. The Government Is Covering It Up

In some stories, the masquerade exists because of a giant government conspiracy. The government snatches up mages and puts them in some secret weapon program. It fights magical menaces, telling onlookers that the explosion was from a bunch of swamp gas. If you try to go public with evidence of magic, commandos will show up and drag you away.

Well, that makes perfect sense. As we all know, when electricity was invented, our governments hid its existence from us. Oh, wait.

Look, if you’re a government official and you discover something like magic exists, you’d give away money to help people use it. You’d offer research grants so we all understand it better, and you’d invest in businesses that want to use it to revolutionize the market. Then you’d offer fast and easy visas to mages around the world, so you can attract as many of them to your country as possible.

All of this not only gives your populace – and hence your constituents – innovations they’ll appreciate, but it also will give your economy a leg up globally. The more money your country makes, the richer you and your friends are, and the more money your government can collect in taxes.

“But what if magic is dangerous?” you ask again. Sure, we all know how our governments covered up the existence of drugs like cocaine and meth. That really helped them pass relevant laws and implement prevention and recovery programs.

Look, a real-world government just isn’t capable of keeping something like magic a secret. There’ll be a whistle-blower eventually, and the more people you employ to cover things up, the more likely someone will talk.

Some stories offer no explanation at all for the masquerade. Like the automated forget-me field, this isn’t the worst choice, but it can break down if the readers examine it too closely.

If there’s no explanation, any incident in your story where a regular person is exposed to something magical, they would naturally record it with their phone and put it on the internet. Any time someone with magic finds it inconvenient to keep that magic a secret, they would just prove its existence to whoever they need to.

You can keep your audience from thinking too hard about this by plotting your story so that no regular people are exposed to magic and no magical people have a reason to expose it. However, that means giving up a lot of sources of conflict. Your teenage protagonist can’t miss school and be left to make excuses. Your hero can’t lie about their secret identity to their loved ones. Your mages can’t even have a battle outdoors in a populated area.

If those constraints are too steep, you have to choose between making characters do irrational things just to keep a secret they have no reason to keep, or making it feel unbelievable that magic is still a secret. If you instead show how regular people are actually catching on, like in the later seasons of Buffy the Vampire Slayer, that opens up more questions. For instance, why isn’t the government helping the heroes save the day from magical threats? Why aren’t the heroes famous?

Altogether, this one works better if your magical conflicts take place in a separate, magical space, or privately between people who all have magic. The less often regular people are around to witness magical things happening, the less your audience will question the masquerade.

We all like the masquerade, but it’s bloody hard to explain. If you’re planning a story with this trope, start by looking for a solid reason that fits your story. Failing that, don’t explain it. That way, your audience can at least fill in a justification of their own.

Q&A: Would It Make Sense for Greek Gods to Create the Masquerade?

Q&A: Should I Use a Masquerade?

Comments on Five Common Masquerade Explanations and Why They’re Bad