Character depiction is never simple. Even when the storyteller writes the hero’s entire life story and maintains a psychological profile, audiences may interpret the protagonist in an unexpected way. This disconnect causes many of the character issues we see again and again, even from professional storytellers. Watch out for these common blunders; they’ll widen the gap between you and your audience. 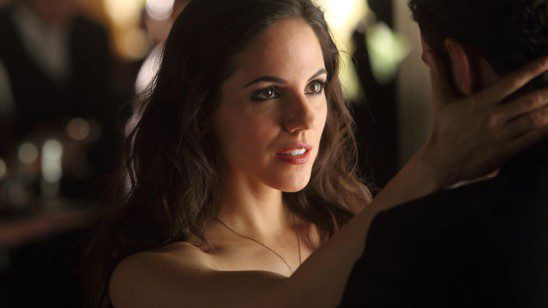 The more you try to tell your audiences what to think of your characters, the more false your depiction will feel. Take Bo from Lost Girl. In the first episode, none of the side characters will shut up about how amazingly attractive she is. Bo is a succubus; it’s doubtless the writers wanted her to be jaw-dropping. But while the actress playing Bo would stand out if she walked into a real-life party, on screen she’s no more attractive than most other actresses. In one scene, a doctor who’s at least as gorgeous as Bo stares at her bare back, in awe of the hero’s beauty. To many viewers this is an obvious flub in the script, making the writers look foolish and reducing sympathy for a character that feels over-hyped.

You have to demonstrate how your characters exhibit the traits you want them to have, not simply dictate that they have them. Side characters can still be impressed with your hero, but it has to be framed as their opinion, not canon. To do this, add nuance and avoid blanket statements. For example, don’t copy this incredibly awkward exchange from Firefly, where Inara and Book gush about Captain Mal:

Inara: Why are you so fascinated by him?

Book: Because he’s something of a mystery. Why are you?

Inara: Because so few men are.

That’s telling viewers what to think. Compare this to a scene in a different episode, where Inara tells Mal:

Inara: Just when I think I’ve got you figured out.

That’s how it should be done, folks. Fans could take this to mean that Mal’s a mystery, Inara just thinks he’s a mystery, or something completely different. The writers of Dark Matter clearly modeled Marcus after Jayne from Firefly. But like most knock-offs, Marcus is a simplistic caricature of the original. Like Jayne, he names his weapons, cares little for his crewmates, and is a ruthless killer. But Jayne was much more than that. His comeback lines were so bad he looked dorky. He loved his mother and wore her knitting. He feared death and felt guilty about the people he betrayed. All of those traits balanced out Jayne’s role as a killer, turning him into a character audiences adored. So far, Marcus is just a jerk.

It’s common for sidekicks to be one-dimensional. Storytellers don’t have as much time to develop them as they have for the main character. Supporting characters often provide comic relief, and that requires distinctive behavior. Storytellers can become so focused on making their side characters stand out that they neglect depth or nuance.

By creating a character with only one memorable characteristic, storytellers put all their eggs in one basket. If the audience doesn’t interpret this characteristic like they expect, or is simply annoyed by it, hate ensues. At best, one-dimensional characters will eventually lose any novelty they had. If they aren’t fully developed by then, they’ll become dead weight. Is your target audience young children, or is your work a light comedy? Then you can make your antagonists silly. For the rest of us, “comic relief” and “villain” should be mutually exclusive roles.

Buffy violated this rule in the notorious season 6. The ongoing villains for the seasons were The Trio, a group of three boys a few years out of high school. Episode after episode, they not only fail to defeat Buffy but also act out every stereotype of the socially inept geek.* The show writers probably thought this was okay because The Trio isn’t the end boss of the season. While that helps, silly villains like these work for one episode at most. After they’ve slipped on enough banana peels, their novelty is gone, as is any threat they once provided.

While the Buffy writers made comical villains on purpose, it’s also common for storytellers to do it on accident. They mistakenly think that they can make antagonists intimidating by giving them classically villainous traits, such as swooshy capes and evil cackling. But classic traits have lost the novelty that threat requires; using them will make your work more funny than suspenseful. To build threat, storytellers must demonstrate the danger antagonists pose. Declaring a character’s villainy with clichés isn’t effective.

Strong villains are competent characters that inflict real damage during the story. And they are never funny unless they want to be. 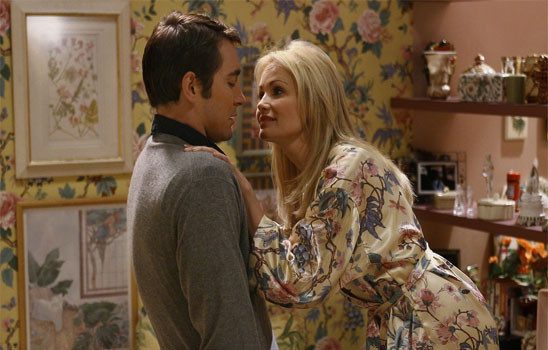 When depicting protagonists, nothing is more important than making them likable. Since audiences like different things, that will always come with trade-offs. But one characteristic is never positive: rapey behavior. That’s why it’s so surprising just how many storytellers depict the love interest, the sidekick, or even the hero as a consent-violating creep.

Take Olive, from the delightful show Pushing Daises. It couldn’t be more obvious that Ned is uncomfortable with her advances. Disregarding his boundaries, she continues touching him, hoping that by “no” he somehow means “yes.” The writers probably thought this was okay because Olive is a woman. They were depending on a culture that doesn’t take women seriously and completely dismisses male victims. Unfortunately for them, culture changes.

For a demonstration, watch the 1984 Ghostbusters. In it, the character Dana experiences a terrifying haunting and calls the Ghostbusters for help. The hero, Peter Venkmen, takes the assignment from his colleague so that he can enter her home and make advances on her. While he does this, she tries to convince him she isn’t crazy. Back when the movie came out, audiences were supposed to laugh this off as Venkmen’s wacky antics. Today, most viewers would find his behavior disgusting.

Think about the actions your characters take. Do they still feel okay if you switch the gender of the characters? Would they be okay in real life? What if it was done to you? If the answer to any of these is “no,” take those destructive tropes out of your story, and replace them with behavior you’d want your friends to emulate. If you endeavor to leave your culture a little better than how you found it, culturally savvy fans will approve, former victims will have fewer reasons to cringe, and your work will age much better.

5. Forcing Any Character to Fit Your Plot 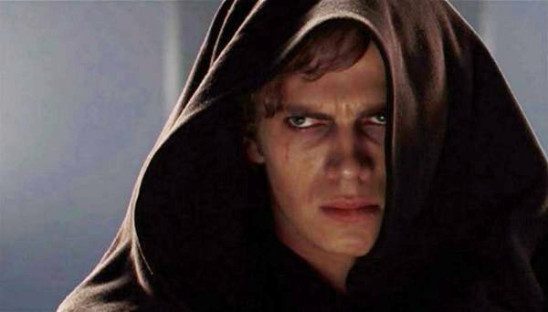 It’s hard enough to get audiences on the same page with you during the best of times, and if you’re stretching the character’s motivation to fit your plot, forget it. Whenever you come up with a complex explanation for why your character would make a choice simply for your story, remember the epic fail that was Anakin Skywalker/Darth Vader in the prequels. Lucas didn’t give himself enough time for Anakin’s dramatic character arc.* So right after Anakin pledges himself to the Sith Lord that supposedly wants the best for him, he’s suddenly willing to slaughter children without protest or even hesitation. That’s a lot more evil than betraying one Jedi to save his wife.

It’s also common for storytellers to stretch character behavior when they’re trying to hide something from the audience. Maybe your hermit character is completely harmless, but you want them to seem threatening at first. In these cases, you’d better triple check that your misleading character is acting how they would really act, based on their real motivation. Otherwise your reveal will tear open some plot holes.

When communicating character decisions to your audience, dump the complex explanations and go for a single, compelling reason. It needs to be something the audience can relate to. That doesn’t mean character decisions must be rational—characters can have irrational emotions just like real people. But irrational actions require more work to make them convincing, and after a while fans will expect irrational characters to come to their senses.

If you want to know what impression your characters will make, get feedback from other people. Ask people who are in a different generation, come from a different culture, or have vastly different life experiences than yourself. Then listen without protest. You may strongly disagree with the way they see your characters, but your task is to make that disagreement disappear.

Someone tell me why spec fic storytellers think it’s cool to demean their audience base.
Probably because he wasted the first movie on pod races.