Creating a spec fic character isn’t always like creating characters in other genres. One of the unique challenges we face is preventing our characters from becoming too powerful – and dealing with them when they do. But what exactly is too powerful? Allow me to demonstrate by showing you a character that is NOT too powerful.

Q is the most powerful character. He can snap his fingers and make anything happen in the past, present or future. The best you can do to stay safe from him or his peers is lie low and hope they don’t bother with you. But that’s okay – he’s not on the side of the good guys. He’s at best a nuisance, and at worst a serious threat to humanity. Giving him more power just adds more tension and bigger challenges for our team of heroes to face.

But when you make a hero powerful, problems become too easy to solve, decreasing the conflict of the story. Time and time again, writers have blundered into making their heroes too powerful for the antagonist to be a threat, and then had to write their way out of the quagmire. Here are five such heroes, and how their writers tried to keep them in check.

1. Gandalf From Lord of the Rings 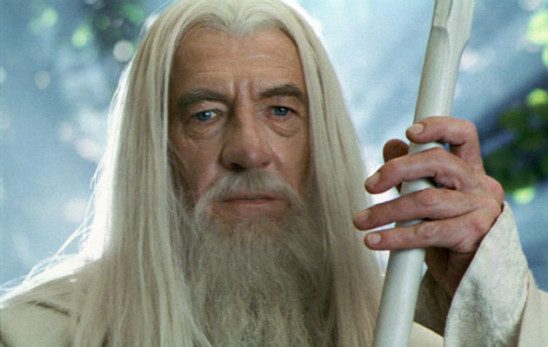 Gandalf can fight ancient demons and summon mounts to whisk him away in a time of need. We’re not sure about everything he can do, because his powers remain mysterious and plot-convenient, but he saves the day enough times to tell us it’s a lot.

Luckily, Gandalf is more like an NPC than a player character. He’s a tool the GM uses to get all the characters going on their heroic journey. So when it’s time for some action and conflict, he is suddenly needed elsewhere, leaving the real heroes to fight on their own. However, we’re left wondering why he needed the hobbits at all. He’s a super powerful benevolent entity, why couldn’t he use his amazing powers to remove the threats he was worrying about?

2. Data From Star Trek: the Next Generation Data can lift large metal anvils and fallen beams, compute complex equations at lightning speed, distinguish individual voices from a throng of thousands, and play the violin with perfect accuracy. He doesn’t age, and he’s immune to radiation and other biological toxins. His only weakness is his social awkwardness, and that’s more endearing than it is problematic. Basically, he’s a character with STR 20, CON 20, DEX 20, WIS 20, INT 20 and CHA 8.

He was given every power a robot could possess, but none of the weaknesses. Why didn’t his positronic brain ever freeze during an emergency and require rebooting? He doesn’t even plug into a charger, and yet he never shuts down because of a dead battery.

Star Trek: The Next Generation uses a balanced approach to address how powerful Data is. Sometimes, threats to the biological characters on the ship also affect him. We’re never sure why, but Data seems to know. Other times, Data himself is the threat – once he even hijacked the ship. But often, the writers just say, “forget technobabble, let’s just have Data save everyone.”

3. Willow From Buffy the Vampire Slayer Buffy is pretty powerful herself – but by the end of the series Willow can give her a run for her money. No longer needing any spell ingredients or special incantations, Willow just waves her hand and makes whatever she wants happen. There is one time she runs out of magic and is temporarily unable to cast spells – but it never happens again.

The writers’ first answer to this problem was simple: make her evil. She develops a magical addiction, and then descends into a vengeful rage, becoming the end boss for season 6. She makes a fantastic Big Bad, but then what do you do with her in season 7? Well… she can be really timid about using her powers because she could become evil again. It’s a temporary fix, but by the time she gets over that and starts using all her powers as a good guy, the show’s over! Buffy’s all done, phew. Now she can just visit Angel when he needs someone to carry the day.

4. Neo From The Matrix Sequels During the first Matrix movie, Neo struggles with the question of whether he is the chosen one. He has an unusual level of talent, but is still confined to the laws of a fictional reality in cyberspace. At the end of the movie he breaks free of those constraints, making him invulnerable while inside the Matrix. There’s nothing wrong with this ending; it makes for a great triumph over an adversary that was previously unbeatable. The problem occurs in the sequels, where now-invulnerable Neo is still the protagonist.

Taking him out of the Matrix and into the real world where he was just like everyone else was a great idea, but most of the battles still happen in cyberspace. So instead, the writers made a classic move: buff the villain until he’s a threat once more. They also provided a great example of what can go wrong with this method. 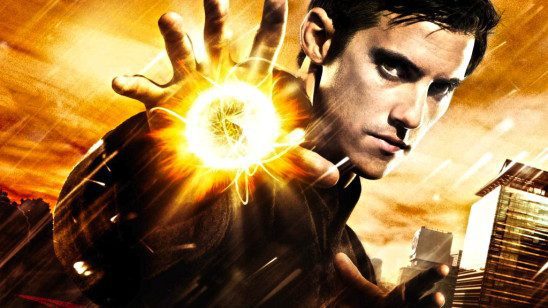 There’s no better example of a bad idea and a bad fix for that idea than Peter Petrelli’s character arc. The world of Heroes is much like Marvel’s X-Men: a few rare people have mutations that give them a specific ability. Most of these abilities are simple things like “fly’ or “heal” or “super strength” – but Peter’s ability is to permanently gain all the abilities of people nearby. With my four previous examples, it’s easy to see how writers blundered into “too powerful” territory. But how could anyone have thought this was a good idea?

In season one, his ignorance of his powers and failure to control them kept him in check. But then he learned how to use them much too quickly. By season two, something else had to be done. So they made him a bad guy… sort of. Peter’s a kind and likable person, so any sort of villainy would be out of character. The best they could do was make him confused about which side was good and which was bad. It came off as contrived and failed a basic believability test. Then in season three they temporarily removed his powers… twice. I don’t know what they did after that because I stopped watching.

Methods of Fixing an Overpowered Hero

There are ways to fix OP characters, but they trend towards predictable, contrived, or just unbelievable. That’s because as soon as you make your hero too powerful, your audience already knows you’re going to pull one of these out of your hat.

Whatever you do, don’t make up a miscellaneous reason why your hero can’t use their powers every time a situation calls for them. Doing so will make your story contrived, predictable and unbelievable all at once.

There’s only one fix that avoids all the pitfalls of overpowered heroes: refrain from making them really powerful in the first place.

Comments on Five Characters That Are Too Powerful