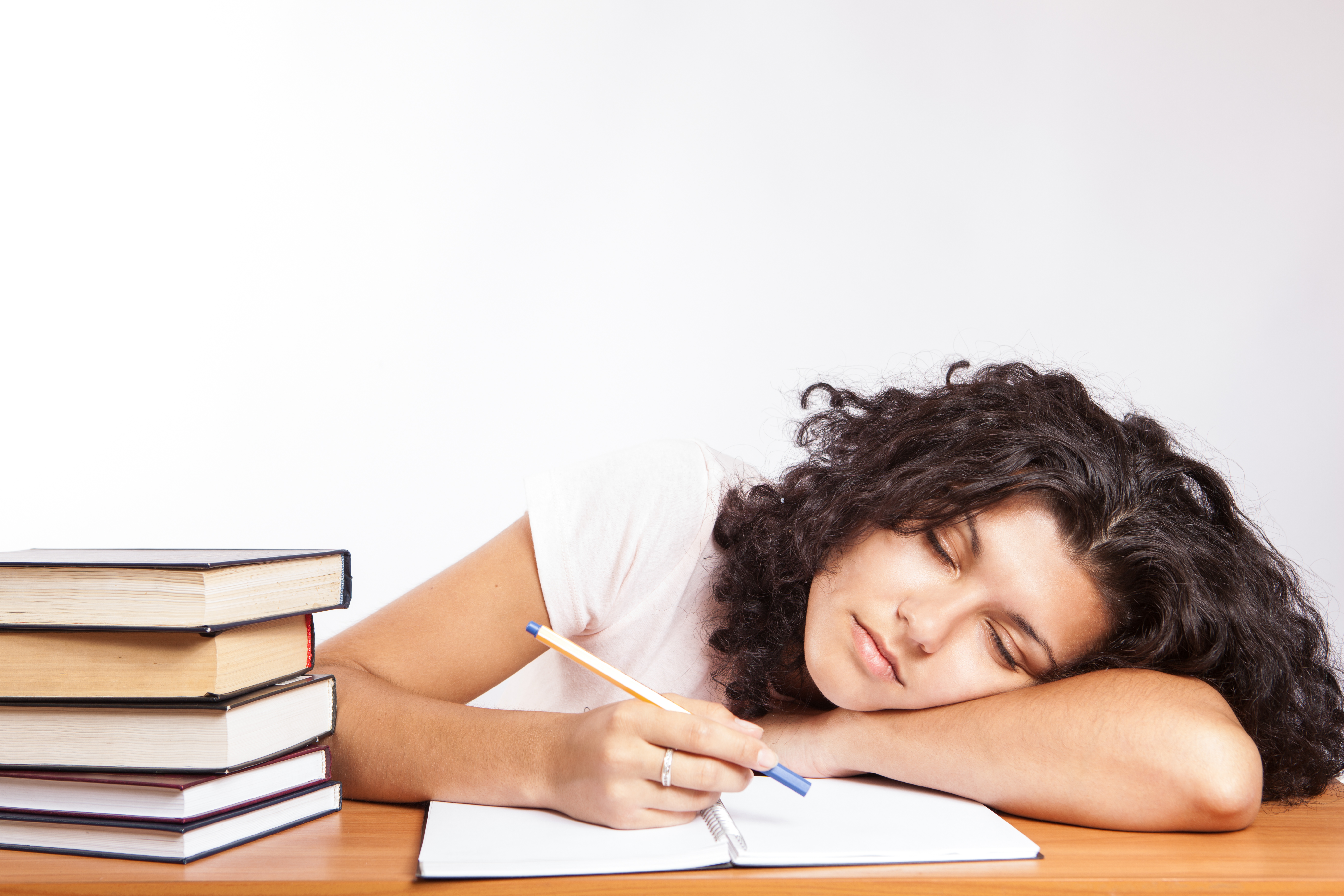 If you’ve ever been on the internet,* you’ve seen someone post a harsh critique of a story you really like. Perhaps you’ve seen one on this very website. If you’re anything like me, this inspires an intense need to defend that which you love. Someone said a Terry Pratchett book isn’t perfect? How dare they!

But as you rush to your keyboard, ready with the perfect rebuttal to explain why the thing you like is in fact perfect, you should avoid the following arguments.

It doesn’t matter if Jar Jar Binks is a super annoying, cartoon rabbit with no reason to be in the story; he’s there for the kids. Who cares if this YA novel has a garbage plot and one-dimensional characters? It’s just a kids’ story. The moment a story is aimed at a younger audience, people act as if any critique of it is invalid, as if children’s entertainment exists in some dark void where storytelling rules cease to exist.

It’s a baffling argument. For one thing, great kids’ stories are everywhere. Check out Steven Universe, Gravity Falls, The Hunger Games, and so many more. Saying that children’s entertainment shouldn’t be held to rigorous standards devalues the hard work of talented people. It’s a thriving genre of storytelling, not the last fallback of writers who couldn’t make it anywhere else.

This defense also assumes that children have no taste. It doesn’t matter if their media is good, because they don’t know the difference. This is a slap in the face for all the discerning young people out there. Even if this assumption were 100% true, it still wouldn’t make sense. If a story is good, kids won’t enjoy it less, and parents watching/reading it with them will enjoy it more.

People usually critique because they want something to be better. So if you say a work should be immune to criticism because it’s for children, that implies you don’t want children to have quality entertainment. Presumably, this is not the case, unless you’re the villain in a dystopian YA novel. When kids become adults, they should be able to look back on what they enjoyed growing up and still be proud of it.

If the story being critiqued is popular, an inevitable counterargument is that since the story sold well, any criticism of it is invalid. All the people who bought it can’t be wrong. They’ve voted with their dollars, leaving the critics to choke on the sweet scent of capitalism. Obviously, everything that sells well is not only good but also perfect, right?

Wrong. Talk to anyone who makes this argument, and I guarantee there’s some extremely popular work they don’t think is good.* If they’re confronted about their hypocrisy, they’ll have any number of reasons why the story they don’t like still sold well: It had really good marketing, its author was already well-known, it copied a more popular story.

Those are all potentially valid, but they can apply to any piece of media. Countless factors determine if a work will be successful. That’s why The Matrix is a household name, but many people have never heard of Dark City, a similar film that came out a year earlier. Only in storytelling do we assume that popularity equals quality. By that logic, Internet Explorer would be the greatest web browser of all time.

The argument is easily reversed. The Star Wars prequels made a lot of money, so they must be doing something right. But since they didn’t make nearly as much money as Jurassic World, they must be doing something wrong, too. If a work is selling well but has obvious problems, it would probably have sold even better without those problems. Improving the quality rarely leads to fewer sales.

3. It’s Better in the Next Book

A blogger reads Ye Olde Fantasy Story and takes to the web, complaining that the evil orcish horde should have crushed Castle Weak Walls like a bug, but instead they left without explanation. The first comment is from a well-meaning fan of the books, saying that it’s ok, the orcs’ motivation is explained in the sequel, Ye New Fantasy Story. The story does make sense, the fan insists; you just have to read the next installment.

Unfortunately, that doesn’t help the confused readers of book one. It’s great when a series improves itself or makes a point to correct previous errors, but the old mistakes are still there. If Toyota released a sedan with faulty headlights and then fixed the error in the next version, that wouldn’t magically repair the older model.

If a character’s actions aren’t supposed to make sense until later, or there’s a secret yet to be revealed, the author needs to make that clear in the story. In the case of Ye Olde Fantasy Story, the main characters should wonder at the orcs’ sudden retreat. That way, the reader knows something is amiss.

People defend sexism, poor character development, predictable plotting, and nearly every other problem this way. They insist you judge a series only by its most recent installment, because that’s the last thing they read. This doesn’t help audiences who are struggling through the early parts. No matter how good a series gets later, it’s important to know if the beginning is worth sitting through.

4. You Obviously Haven’t Read It

When you read a harsh critique of something you really enjoyed, you may feel a disconnect between how you remember the work and how the critic describes it. How could they possibly think the Lord of the Rings is actually a tragedy about Gollum’s failed redemption arc? In this situation, it’s easy to imagine that the critic didn’t actually read/watch/play the work they’re commenting on. Maybe they skimmed the summary on a Wikipedia article, because that’s the only way they could arrive at such ridiculous conclusions.

That makes no sense. People have wildly different opinions about media all the time. Take the Star Trek: Enterprise episode Dear Doctor. According to some reviewers, this episode is when Enterprise finally came into its own, embracing Star Trek’s long tradition of tackling difficult moral dilemmas. To others, however, it’s a story where the captain is responsible for genocide. Both sides have clearly seen the episode, and yet they have completely different opinions.

This is normal. Different people have different life experiences that affect how they view stories. If someone’s opinion on a movie sounds completely wrong to you, that doesn’t mean they didn’t watch it. It’s just likely that they watched it in a different context. Their opinion can still be wrong – people are wrong all the time – but it has nothing to do with whether they watched it or not.

If you ever feel the urge to use this defense, restrain yourself because it shows you have a weak argument. You’re attacking the critic’s character and accusing them of not doing their due diligence. Even if by some chance the critic hasn’t read the story, you still shouldn’t accuse them of this. At that point, it should be easier to disprove their opinions, because they’ll have no idea what they’re talking about!

5. Write Your Own Stuff

Whenever anyone says something critical about a well-liked story, it’s guaranteed that at least one fan will comment with a version of “Why don’t you stop tearing down other artists and create something of your own?” According to this fan, critics are creatively bankrupt hacks who can’t tell their own stories. That’s why they lash out jealously at real artists. Naturally, pointing this out will cause the critics to crawl back into the dark internet holes from whence they came.

This logic falls apart quickly. For one thing, the critic might very well be working on their own stuff. If you use this defense, and next year they publish a bestseller, there’ll be egg all over your face. But more than that, this defense makes no sense. Imagine applying this argument to any other product. For example, someone posts a negative review of the lawn mower they bought from the hardware store. Can you picture someone responding with “Why don’t you just build your own lawn mower?” Probably not, because it’s ridiculous.

People critique for a lot of reasons. For some, it’s an exercise to sharpen their own storytelling skills; others simply want to see the general quality of storytelling improve by starting conversations. Many critics will never publish their own work, and that’s fine. We don’t expect real estate agents to build houses or writers to know the art of bookbinding. Someone’s opinion is not made more or less valid by creating their own work.

This is another defense that relies on disparaging the critic rather than disproving an argument. It’s the same as saying you didn’t like a book because the author sounds stupid on talk shows or refusing to take someone’s political opinion seriously unless they run for public office.

Disagreeing with a critique is awesome. What is the internet for, if it’s not long arguments about whether or not Neelix is the worst Star Trek character ever?* When someone is wrong, feel free to unleash your manifesto. But you’ve got to be smart about it. By using any of these defenses, you’ll actually make the work you’re trying to defend look worse. They show you have nothing interesting to say, and that’s an admission that the critic is right.

If not, welcome!
It’s usually Twilight.
He is.