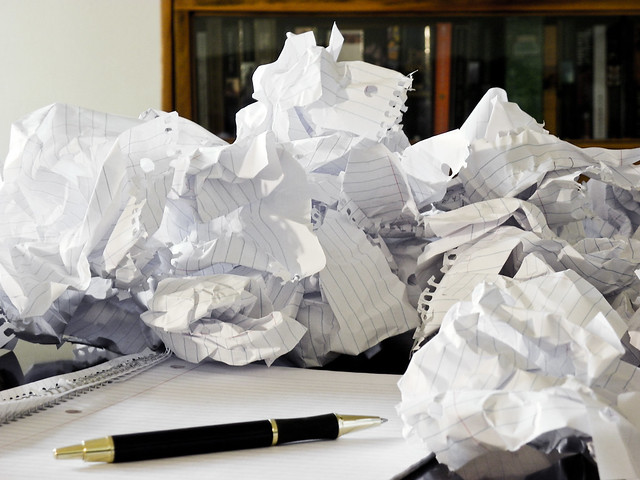 Writer’s block is an unpleasant experience, to say the least. You’ve set aside time to write, gotten plenty of sleep, and had a decent meal, but you still can’t put words on paper. The blinking cursor just sits there, taunting you. On the bright side, you’re not alone. Nearly everyone gets writer’s block from time to time. Pros often find ways to power through it, but those of us still in the early stages of our careers have to get creative.

To that end, I’d like to share with you a few activities I use to get myself in a better headspace for writing fiction. 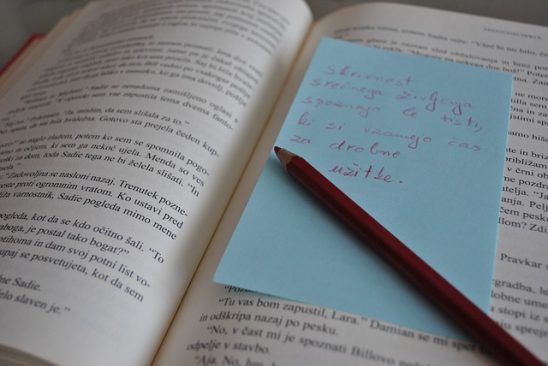 Okay, in retrospect this one sounds kind of obvious, but you wouldn’t believe how often I’ve stared at a blank page for a few hours, only to open up a different manuscript and find the words flowing freely. Brains work strangely sometimes, I guess. Often a specific set of emotions will conspire to block one story but leave the path open to another.

I find this method especially useful when I’m stuck in a revision. Nothing kills my motivation to write like needing to change what I’ve already written. If I switch over to a manuscript that still needs drafting, then I’m still using my time for fiction, and I can come back to the revisions later. That way I don’t feel like I wasted the few hours I managed to squeeze out of my schedule.

Sometimes when the block is hitting me especially hard, I’ll have four or five stories open at once, adding a paragraph to one, then rushing out a page on another. That’s probably a horror story to some writers who need to focus on one manuscript at a time or they’ll never get anything done, but I’ve found that slow progress on multiple stories is a way to avoid no progress on one story.

I probably don’t need to encourage you too hard to go out and read or watch fiction you enjoy. That’s typically a reward in itself. But those of us with busy schedules don’t always make the time to consume good fiction, so if you’re suffering from writer’s block, it can be beneficial to make the effort of fitting this activity into your schedule. Audiobooks are especially helpful here, as you can listen to them while doing other tasks like household chores or your daily commute.

In general, good fiction can spark inspiration that gives us the motivation we need to write. I first wrote Human Factor based on a scene from C. J. Cherryh’s Downbelow Station. In that scene, starships used computers to predict where an enemy ship would be several seconds in the future, as the ships were so far apart that the lightspeed delay makes conventional sensors useless. The idea fascinated me, so I wrote a story about it.

If you’re stuck on a specific story, you can focus on good fiction in the same genre. See how the pros do it, and let that motivate your own story. “But won’t I be stealing?” I can hear you asking. Fortunately, no. You’ll be borrowing from other works, which storytellers have been doing since long before stories were written down. You might need to make some changes to put your own spin on the material, but that can wait until you’ve gotten rid of your block. 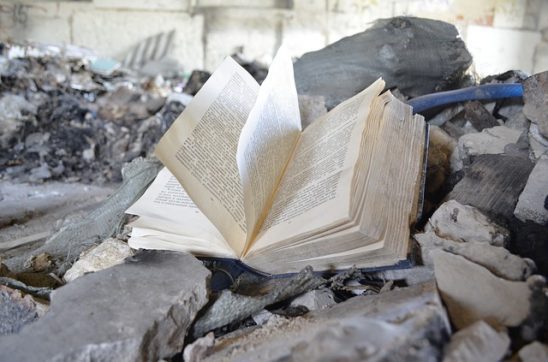 Wait, what now? Why would you want to go out and experience poorly crafted media on purpose? I’ll tell you why: it can be a great motivator. First, it helps get rid of impostor syndrome. When you read some of the absolute dreck that’s been published over the years, the feeling that you can’t possibly make it will fade, if only for a while.

Just as importantly, I’ve found that bad fiction can spark the most passionate ideas. I’ll be reading a bad story, then notice a cool idea buried under the wreckage. The concept is good, but the execution is terrible. Suddenly, I am motivated to take the concept as my own. I know I can do it better than whoever wrote this nonsense.

No joke, this is exactly what happened when I read the first chapter of A Spell for Chameleon for my critique post. It’s some of the worst writing I’ve ever seen, but underneath all the misogyny and bad description, it’s a story about two lovebirds meeting one last time before they’re forced apart by unfair social restrictions. That actually sounds pretty compelling!

Of course, for this to work you have to enjoy bad media. For some people, it’s just an unpleasant experience, in which case this activity probably won’t have positive results. 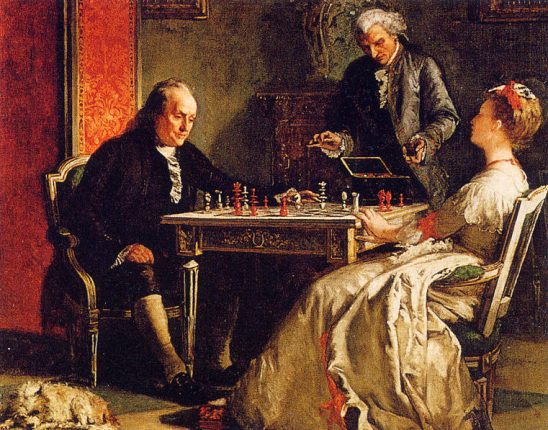 In a section about playing games for inspiration, you’d expect RPGs and narrative video games to take center stage, but I’ve never found those to work for me. I get too attached to the story as it’s presented, and capturing the experience in text is extremely difficult.

On the other hand, board games with no story whatsoever really get my storytelling energy flowing. I can’t let a turn pass without trying to construct a narrative around it. Obviously building a second city on this wheat hex means my Catan colony has some kind of ruthless wheat cartel pulling the strings of power. What else could it possibly be?

And then there are the times when the game’s mechanics come together and create a narrative by sheer chance. Once during a game of X-Wing, I lost both my veteran pilots in the opening turns, leaving only my rookie B-Wing to somehow win the day with a series of incredibly lucky rolls. Obviously, that had to become a story. 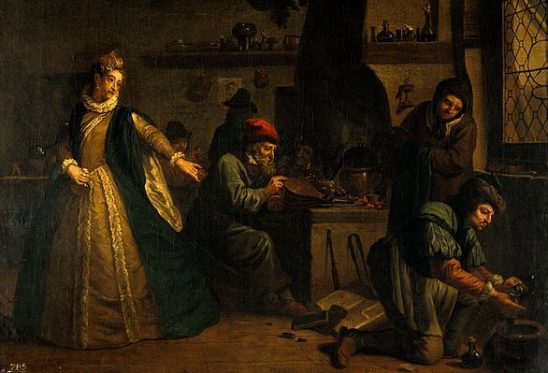 Finally, when all else fails and I’m ready to let writer’s block win, I pick a subject I’m passionate about and dive into research. This method can work for stories already in progress, as you research relevant worldbuilding information, but I find it works best when sparking passion for a new story.

What the subject is doesn’t matter so much as how interested you are in it. History, robotics, linguistics, swallow migration patterns – they’re all valid. Even niche subjects like the biology of specific fruit cultivars can work. Most recently for me it’s been history of the Byzantine Empire. I’m just all about that Constantinople life.

Once you’ve picked a subject, a myriad of research options are at your disposal. The internet isn’t perfect, but it’s given us podcasts, YouTube videos, and audiobooks on nearly every subject imaginable. Plus, there are still regular books, if you’re into reading words with your eyeballs. Check out your local library; there are probably fewer holds for your research material than on the latest hot novel.

As you research, keep a lookout for concepts and ideas that spark your imagination. The Cavendish banana is a cultivar chosen mainly for its ability to resist blight, you say? What about a story with aliens that reproduce via cloning different lineages? Now they’re suffering a deadly plague, and the race is on to find a combination of lineages that will give their children immunity.

If you write based on your passions, it’ll show in your work. You’ll know more of those little details that make a world feel alive. And the best part? Even if this research doesn’t lead to a story, you’ve still enriched yourself with more knowledge. You win either way!

Anyone who tells you they have a surefire cure for writer’s block is selling the finest snake oil. Unlike the craft of storytelling, writer’s block is part of an author’s process and, as such, is very specific to each person. The best that most of us can do is try different methods until we find one that works. Each activity on this list has worked for me, and maybe one of them will be effective for you too.

Comments on Five Activities I Use to Beat Writer’s Block