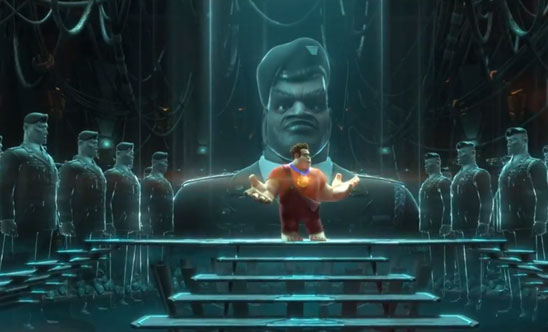 I used to love watching the Oscars. The high point for me was 2002, after the Fellowship of the Ring came out. Whoopi Goldberg was the host that year, and she was kind enough to tally the score between Fellowship and A Beautiful Mind, which were locked in fierce competition for top title (A Beautiful Mind got Best Picture, but Fellowship had more awards overall).

Then I gave away my tv, and with it broadcast television. The one year I remembered that the Oscars were on, I desperately searched for a way to watch it on the internet in vain. I could watch what was happening on the red carpet or back stage, but not on stage.

This year, I suddenly remembered that it was February, and the Oscars are in February. I looked up the best picture nominees, wondering which of my favorite movies of the year were on the list. Instead, I was baffled by a list of movies I had barely heard of.

I’m not saying they aren’t good movies. It’s clear to me that Argo and Lincoln, now that I know what they are, are masterful pieces. However, even though the list was expanded to 10 a couple years ago, not a single spec fic movie was nominated.

Maybe the fantastical movies of the last year just didn’t merit getting in the top ten? To see I decided to check some other top movie lists.

That’s their top ten for movies with wide distribution (the big Hollywood films that make it into the Oscars). It isn’t just an audience popularity contest, those are based on ratings by critics. If you didn’t count, a whopping 50% of them are in spec fic genres.

As for their actual audience popularity contest, spec fic movies did almost as well — Avengers got the #1 spot, and Dark Knight and Wreck-It Ralph also made the list. That’s 30%.

Yes, you are seeing that correctly. 70% of the top ten grossers, including the top three, are spec fic. Hollywood knows they make money, they just think they are inherently inferior. I guess.

The Oscars: Increasingly Out of Touch

The Oscars is run by the Academy of Motion Picture Arts and Sciences. Votes are cast by members. The members list is a closely guarded secret… that naturally someone on the internet has spilled. Spoiler: they aren’t like the rest of us. Take it away, LA Times:

A Los Angeles Times study found that academy voters are markedly less diverse than the moviegoing public, and even more monolithic than many in the film industry may suspect. Oscar voters are nearly 94% Caucasian and 77% male, The Times found. Blacks are about 2% of the academy, and Latinos are less than 2%.

Oscar voters have a median age of 62, the study showed. People younger than 50 constitute just 14% of the membership.

They are the elite in the industry. They have a lot of expertise, a lifetime of experience, and natural resistance to change. For them, movies with a fantastical bent only qualify for awards in categories where they put a lot more time and investment in than other movies — makeup, costumes, sets, and visual effects.

I could laugh the Oscars off as unimportant, but their awards translate into real dollars for the professionals who receive them. As a small consolation, being out of touch also translates into fewer real dollars for everyone involved. If they lock themselves in the bedroom for long enough, someone else will become the life of the party.

Comments on Spec Fic Movies Punished at the Oscars