Ho. Ho. Ho. Presents for good character arcs. That is the arrangement.

The holiday season is upon us, and that means it’s time to buy gifts.* Shopping for your loved ones is hard enough, but what about all your favorite fictional characters? There are so many of them, and they all seem to have so much cool stuff. How can your present compete with magic swords and starfighters? Don’t worry, Mythcreants has you covered. Our recommendations are guaranteed* to delight that special protagonist in your life! 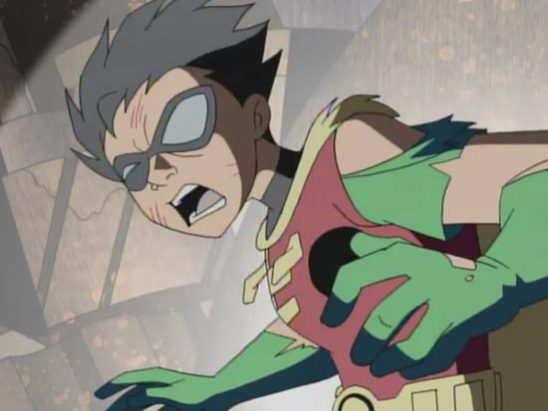 Let’s just not have a vote for what happens to him, okay?

Sidekicks get a rough lot in general, but it’s the serious ones who have the worst trouble. At least comedic sidekicks can hope to get some laughs out of the audience, and cute sidekicks are often too adorable for the storyteller to do anything really bad to them. But a serious sidekick only has one real job: to fail and get in trouble so the hero has to rescue them.

What other option is there, really? You can’t have the sidekick actually accomplish anything; that would steal the hero’s thunder. Oh, sure, in theory you could craft a plot that requires the hero and sidekick to work in tandem, but let’s be honest, that sounds like a lot of work. That sidekick is getting damselled in a hurry.

That’s why a get well card is the perfect gift. The sidekick is sure to receive all manner of bruises, cuts, burns, and other injuries in the course of being captured. How else are storytellers supposed to generate sympathy for them? And sure, that’ll hurt a lot, but a nice card will dull the pain at least a little. You’d be amazed how specific these cards get nowadays. You can get a card for being stuck in a death trap, a card for getting zapped by the MacGuffin, even a card for mysteriously losing one’s powers! 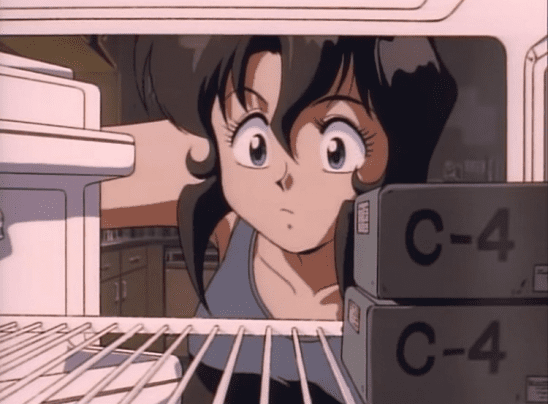 Gunsmith Cats’ protagonist can always use those explosives to get out of the fridge.

There’s a strange trend going on with female love interests: they keep getting stuck in fridges. I don’t understand what’s going on here. How did they get in the fridge in the first place? Did someone put them there? I can’t think of a reason to do that other than if you need to survive a nuclear blast, since we all know that refrigerators are proof against explosions and radiation both.

Despite my lack of understanding, this is clearly happening, and there’s absolutely nothing to be done about it. You might think that storytellers could stop putting women in fridges, but that’s obviously too much to ask. Authors’ hands are tied by… I dunno, historical accuracy? Artistic freedom? You know what, just answer this one in the comments.

Anyway, since there’s nothing we can do about this trope, we can at least get our favorite romance interests a new light for their fridges. Those bulbs are always burnt out, so it can get really dark in there. With a working light, these fictional ladies can hopefully find their way out and rejoin the story, or at least score some sweet leftovers.

3. Male Love Interest: “Feminism And You” 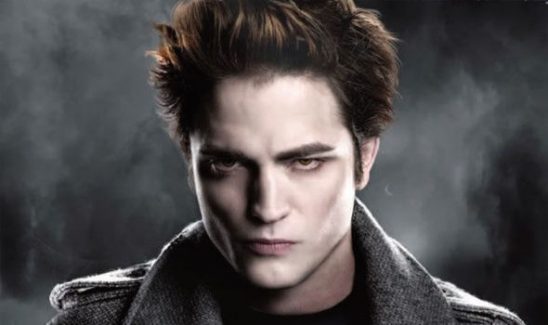 Edward, if you just stop watching her while she sleeps, we’ll call it progress.

Who doesn’t love a rugged fellow with a tragic backstory, movie star looks, and soulful eyes you can get lost in… Ahem. These fine gentlemen are great at tugging our heartstrings and charming protagonists of all genders. But they can get a little, shall we say, overbearing when paired with a female main character.

You know what I’m talking about. The heroine will be going about her day, vanquishing evil and satisfying plot threads, when suddenly a handsome dude arrives. That dude seems nice enough at first, but pretty soon he’s not letting the protagonist do anything for herself. After that, he moves on to stalking and violating the heroine’s privacy in order to “prove his love.” Hashtag yikes.

That’s pretty bad, but it’s not really the love interest’s fault. He was written not to know any better, which is why it’s best to get him a feminism 101 book this year. That way he can educate himself and learn why it’s not romantic to take away someone’s agency. 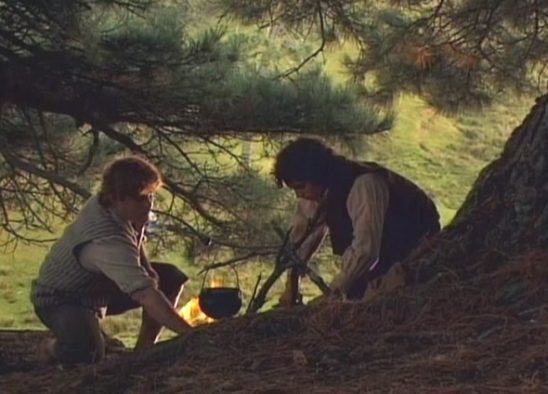 It’s very important to know how to boil ’em, mash ’em, and stick ’em in a stew.

We all know that if a fantasy story starts with some kid on a farm, that kid is in store for a world of adventure, and probably hurt too. They’ll be swept away from their idyllic rural life and sent off to fight dragons, warlords, and who knows what else. It’s just the way things are, nothing we can do about it.

In this situation, you might be tempted to shop for a weapon or some armor. But trust me, chosen ones can’t walk two steps without tripping over a magic sword or ancestral suit of platemail. It comes with the territory. The real trouble chosen ones run into is when they have to trek through the wilderness. A farm-raised kid has no idea how to survive in the deep woods, let alone the frozen tundra or scorching desert.

That’s why the best gift for a chosen hero is some durable survival gear: bed rolls, tents, rations, that kind of thing. You’d better throw in a travel-sized toiletries kit while you’re at it. Our hero has to stay fresh faced and attractive somehow. With this thoughtful gift, your favorite chosen one might actually survive long enough to score their million-to-one victory over the big bad. 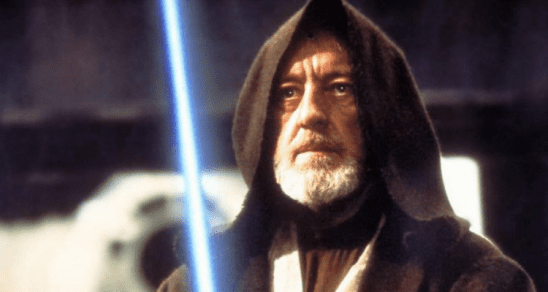 It’s hard to collect on a policy when *someone* doesn’t leave a body behind.

The mentor is a much beloved figure in any story. They are the dispensers of wisdom and the source of much crotchetiness. They are also doomed to die. Every single time. There’s literally nothing else you can do with them, and you can quote me on that!*

Since mentors are going to die, what’s the point in getting them anything? They can’t take it with them, unless they’re also an ancient Egyptian pharaoh. Now that I say that, a story about a pharaoh teaching their unprepared heir to rule sounds pretty cool. But enough about that, the important thing is that a normal gift won’t suffice.

That’s why a life insurance policy is your best choice. That way, the mentor can at least leave something to their loved ones. Just don’t tell the insurance company that you’re buying the policy for a mentor; the rates will be absurd. And as long as you’re at it, you could always get an extra policy on them so you’ll have a little something left over for later…* 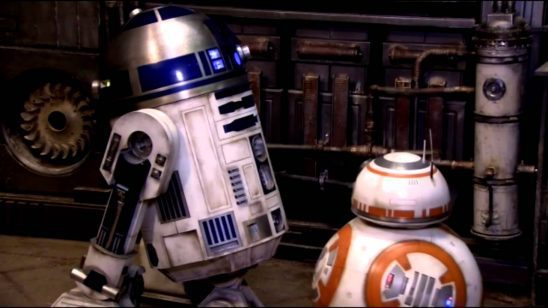 They can write on it with their little grabber arms!

Whether they’re real animals, fantasy creatures, or droids that beep and whistle, animal companions are just the best. They’re always so cute, and they raise our spirits in the darkest hours. Even the grimmest of grimdark writers know to be careful about killing animal companions, lest they incur the audience’s wrath.

Another common trait among animal companions is that they can’t talk, at least not in a language the other characters can understand. This can be a real problem, especially when the animal companion is trying to communicate that Timmy is stuck in the well. Let us now have a moment of silence for all the Timmys who were never rescued because their parents didn’t understand a dog’s meaningful bark.

That’s why an animal companion’s perfect gift is a whiteboard sign and a dry erase marker. That way, they can just write out their message and show it to the hero. Plus, they’ll have to wear the sign around their neck, and it’ll be so damned cute. What if the animal companion doesn’t have the manual dexterity to use a pen? Then they can put some paw prints on the board in the shape of letters. Even cuter. 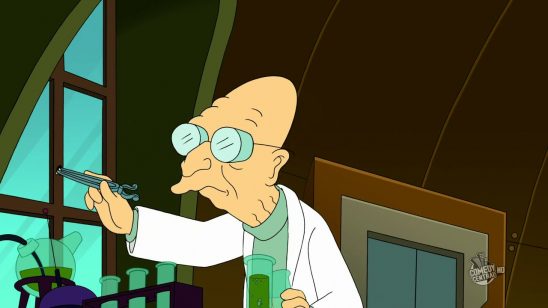 Science is great when it’s creating teleporters, death rays, and mutagenic viruses. But every story about awesome science has at least one character whose job it is to tell the hero that science does not work that way. This is the stuffy scientist.

No one likes the stuffy scientist, because they’re a total killjoy. They want to tell us that we can’t hide our spaceships in a cloud of dark matter just because dark matter is a metaphorical term for mathematically defined mass rather than actual matter that is dark. The sheer nerve of them. We don’t have time for boring double-blind studies; we need a perpetual-motion machine now!

But do not let it be said that we’re completely heartless. This holiday season, get your stuffy scientist a nice stress ball so they have something to squeeze while we trample all over the laws of physics. Because we’re not going to stop, oh no. We’ll divert tachyons to the main deflector dish or make sound in space, and all the stuffy scientist can do is look on in despair! 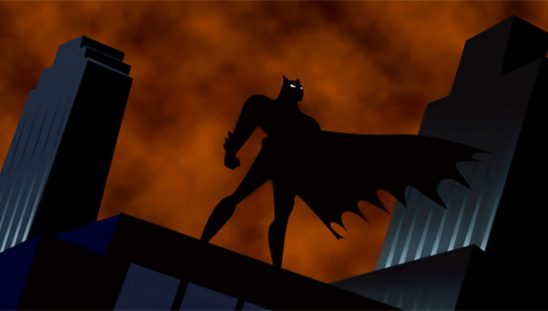 Hey, Bruce, you wanna talk about it?

Whoa, okay, this type of character has a whole situation going on. They’re not your grandparents’ protagonists, kid. They’re very serious and they Do What They Have To Do™, even when there’s obviously a more practical option that involves fewer moral dilemmas. Never take the easy way out, even if the easy way is just better.

Naturally, the edgelord anti-hero is primarily motivated by their dark past. They’re from the mean streets, which is why they do things like beat up poverty-motivated criminals instead of working to address the structural issues that cause poverty in the first place. There’s no gift you can get these anti-heroes that they won’t scoff at. They have no need for your pitiful signs of friendship!

You know what they do need? Some therapy and anger management. Seriously, being mad and brooding all the time cannot be healthy. Someone’s going to get hurt if they don’t get their issues under control. I’m saying this for your own good, edgelord anti-heroes. Why don’t you tell me about your tragic backstory? It’ll make you feel better.

Consuuuuuuuuuuuume.
With a statistical error range of +/- 100%.
Please don’t quote me on that.
Please do not commit insurance fraud.