Animal companions are semi-characters with simple personalities and limited agency. While they have feelings, they don’t usually talk or undergo character arcs. Instead of pursuing their own goals, animal companions give devoted assistance to a protagonist. They’re usually pets of some kind, but they can also be a robot or a baby.

Animal companions can fulfill a variety of purposes in a story, but most of all, they’re a great way to add more novelty and social interaction without taking on the complexity of a full character. Previously, we’ve listed animal companions that didn’t work. Now let’s look at eight delightful animal companions that you can use for inspiration when adding a fluffy bear or angry songbird to your story. 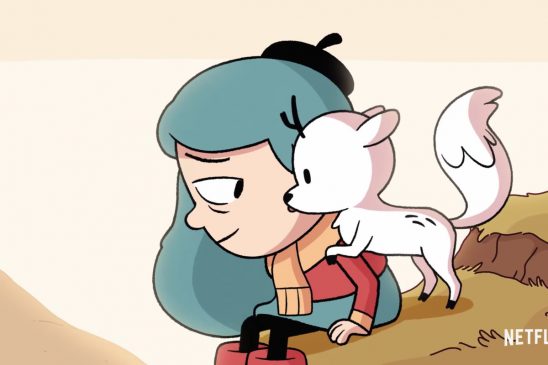 Netflix’s Hilda takes place in a surrealist fantasy world full of fun creatures – some of them cute and some of them dangerous. Twig is a deer fox and the devoted pet of titular Hilda. Twig is affectionate and good-tempered; he rarely causes trouble. When Hilda ventures out into the wilderness by herself, he tags along to offer moral support and provide someone for her to talk to – very useful for a non-narrated medium.

Twig is often afraid of especially powerful creatures like trolls, so he can’t get Hilda out of all the trouble she gets herself into. Instead, his fear in these situations is used to establish a threat. However, he’s happy to fend off smaller creatures, like a miniature cavalry of elven bunny riders. This gives him more to contribute, adding to his charm. Fizzgig from The Dark Crystal movie is a fluffy ball that’s mostly mouth. Highly excitable, he opens his mouth wide and lets out barking noises whenever he’s scared or unhappy. In the movie, he’s first used to show how the protagonist Jen is a fish out of water. Jen runs into him in a swamp, and he is so startled by Fizzgig’s bark that he jumps back and falls in a puddle. When Kira shows up and calms Fizzgig down, it establishes both her worldly knowledge and her deep connection to Thra’s creatures.

Later, Fizzgig throws a fit until Kira consents to take him with her and Jen into the Skeksis’ fortress. Even though the creature’s barking attracts attention when Kira is trying to hide, he makes up for it by biting a Skeksis that’s about to grab the MacGuffin. R2-D2 and BB-8, who was clearly fashioned after R2-D2, are loyal droids that talk in beeps that viewers can’t understand. They’re fully sapient, so unlike most companions, they occasionally venture off on their own to complete missions. However, they’re unfailingly loyal, and they prefer to stay close to their hero of choice. After Luke disappears between Return of the Jedi and the Force Awakens, R2-D2 chooses to shut down.

In the beginning of A New Hope and The Force Awakens, the droids are given an info MacGuffin by a hero and set out on their own. They have enough agency to take proactive steps to complete their mission, but as companions, they are still vulnerable and require the help of a hero. After they join up with Team Good, they help out by doing repair work and hacking into enemy systems. In the classic comic book series The Adventures of Tintin, the titular Tintin goes on treasure hunts and solves supernatural mysteries, and his little terrier, Snowy, comes along for the ride. Snowy has a curious and upbeat personality, and he even speaks a little with thought bubbles. Most of these are short reactions, but he occasionally gives quippy responses to other characters. None of them can hear his thoughts.

Snowy’s happy to put his nose where it doesn’t belong. Sometimes that causes trouble, and Tintin has to scold him or run after him, but more often, it’s used for comic effect. For instance, one time Snowy drinks some beer and gets drunk. When Tintin has to fight bad guys, Snowy will participate to the extent that he can, and Snowy occasionally alerts Tintin about things he needs to know. 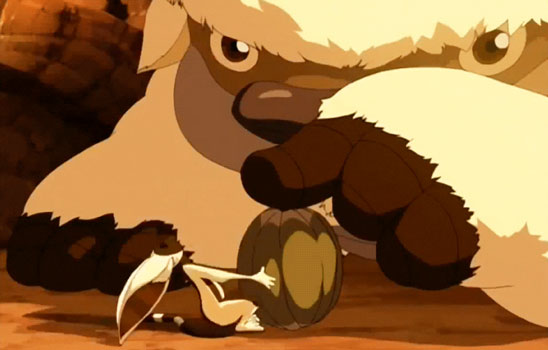 In Avatar: The Last Airbender, Momo the winged lemur and Appa the air bison are both animal companions to Aang and the rest of Team Good. As they originate from the area around the Southern Air Temple, they are all that Aang has left of his home. The two companions have contrasting personalities and contribute different things to Team Good.

Momo is excitable, expressive, and extremely cute. Because of this, he makes a great sounding board for characters who need to talk about their feelings. In search of tasty treats, he sometimes gets into a little trouble, and when bad guys show up, he might fly at their faces to distract them.

Appa is a steady presence. He provides transportation so Team Good can fly around the world no matter the terrain, but since he still needs to sleep, they have to make camp and interact with their surroundings. He’s big but easily frightened, so he doesn’t generally fight on Aang’s behalf. 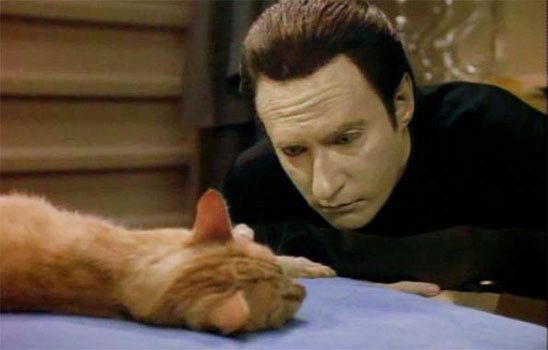 In Star Trek: The Next Generation, the character Data is an android without emotions. He endeavors to learn about humans and be more like them, and that leads him to adopting a cat, which he names Spot. Unlike most other animal companions, Spot doesn’t actively follow him around or help him with story conflicts. Instead, Spot is used entirely for characterization.

Watching an android deal with a cat is endlessly entertaining. When Spot repeatedly jumps on Data’s work surface, Data becomes flustered and tries to simply tell Spot not to do it again. In another scene, Data laments that he hasn’t succeeded at training Spot to follow his commands, then immediately does several things that Spot wants him to do. Other characters get involved by taking turns caring for Spot when Data is away. Most of them get scratched. In The Enchanted Forest Chronicles, Morwen is a witch with about a dozen cats. When the scene is told from her perspective, the cats can talk, but no one other than Morwen can understand them. Each cat has its own simple personality, and they trade off accompanying Morwen on adventures and doing other tasks for her.

The cats act very much like a group of minions. She can assign them to watch something for her or to guard a wizard who’s the size of a mouse for whatever reason. They don’t always do what she wants, and sometimes they get into trouble, but she uses treats like cream and fish to motivate them to behave. The cats don’t do much that a hero couldn’t, but they generate lots of novelty. The screenwriters for The Mandalorian were tasked with turning a minor villain from the original Star Wars trilogy, Boba Fett, into a likable hero.* This would have been easy if Boba Fett had been a sympathetic villain, but he wasn’t. Viewers loved him because he was cool and mysterious. Demystifying the character could easily alienate fans, but if he stayed mysterious, it would be hard for viewers to grow attached to him.

Their brilliant solution was “Baby Yoda.” Giving the hero an adorable child to protect both humanizes the bounty hunter and provides him with a sympathetic goal. While it does mean that Baby Yoda needs a lot of protecting, the child also has force powers he uses at random times to help his new father. Baby Yoda doesn’t have the wherewithal to use his force powers consistently, but he has enough to break out of confinement and follow the bounty hunter around when he wants. This makes it easier to work a baby into a show about ruthless mercenaries. Plus, Baby Yoda is just incredibly cute, giving viewers another character to care about.

Common patterns give us a simple formula for an effective animal companion. If the animal is small, they can easily tag along and participate in fights without solving the hero’s problems for them. As long as they help out, it’s okay if they cause trouble or need rescuing occasionally. A good animal companion has a distinctive personality that plays well with the hero and creates fun or touching scenes for the audience to enjoy.

The main character of The Mandalorian is not technically Boba Fett… but he’s definitely Boba Fett.

Five Ways to Use Pets in Your Story – Without Killing Them