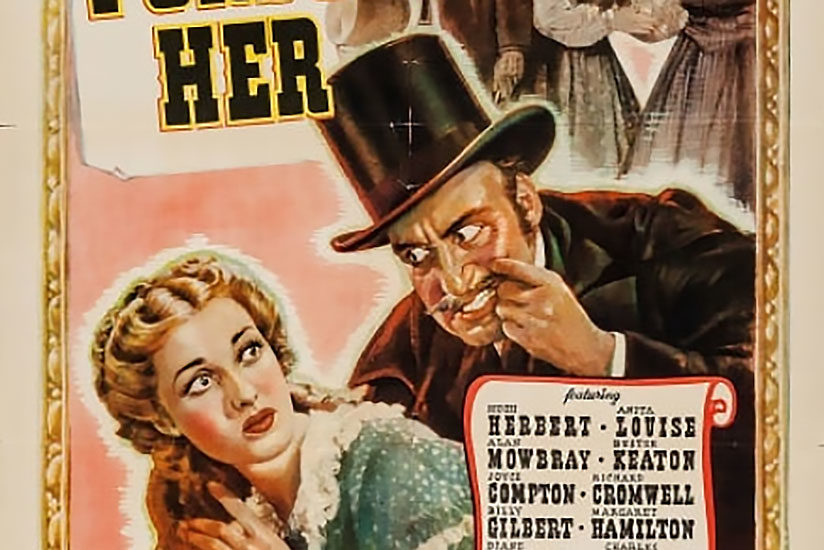 Classic mustache twirlers were based on villains from silent films.

Mythcreants has discussed many common problems with villains, but much of that coverage has focused on popular stories. When we review unpublished works, one problem is by far the most common: the villain is twirling their mustache. And often, this problem does indeed make it into print, such as in Eragon, The Mortal Instruments, I Am Number Four, and Tiger’s Curse.

What Is a Mustache-Twirling Villain?

This doesn’t mean literally twirling their mustache, though that’s been done. Instead, the villain might be:

Or perhaps they’re doing none of those things, but they are constantly mistreating others, or constantly sticking their nose in the air, or constantly glaring menacingly and baring their sharp teeth. They might spend all of their spare time gloating over their big evil plan, or they might work cold, cutting remarks into every conversation.

If you’re wondering whether your villain fits the bill, consider: What positive traits does your villain have?

If that question gives you a moment of cognitive dissonance followed by a hurried search to identify what’s positive about your villain, they’re probably a mustache twirler. That’s because these villains aren’t designed to be well-rounded characters; they are merely caricatures of what we dislike in others.

It’s not impossible for mustache twirlers to work for a story. However, they usually have to be either a) distant and mysterious, so readers imagine how scary they are instead of seeing how goofy they are, or b) unique enough to dig themselves out of the cliché hole they’re in. But the villains of many stories aren’t meant to be Sauron or the Joker; they’re the controlling parent, or the arrogant billionaire, or the old friend gone down a dark road.

To succeed as the big bad, they need to stop twirling their mustache.

Why Villains Don’t Need to Do Evil Evilly

Before we can cover how to correct this problem, you need to know what actually makes a villain villainous. We’ve all consumed countless stories where villains were over the top, so it’s natural to believe that cackling and cruelty is what makes a villain effective. But this isn’t true, and understanding what actually makes villains work can help you break free of the caricatures you’ve seen and craft the best villain for your own story.

What matters is that:

In fact, pointless cruelty will make your villain less intimidating because they’ll look incompetent. If they mistreat their employees, no one will want to work for them, and then they’ll be less likely to win. If they’re mean to everyone, no one will like them, and they can’t use those social connections to help them win. Effective villains don’t lash out because they’re angry; they act strategically.

Cruelty can occasionally be useful for ensuring the audience wants the hero, not the villain, to win. This comes in handy for minor villains, like a jerkass rival on Team Good. It also matters for lower-stakes stories centered on relationship arcs. However, if you’re relying on cruelty to get the audience to root against the big bad in a high-stakes story, that suggests something else is wrong.

If the stakes are more than personal, the main villain should have a goal worth opposing regardless of their personality. They could be a nice person with the best of intentions, but they’re still going to turn crucial habitats into parking lots, imprison people who are actually innocent, or provoke a war. That is, unless the hero stops it.

If you do want your villain to be the scary type, I have another article on that. But the bottom line is that the more your villain is featured as a character in the story, the more work you’ll need to do to ensure they feel like a person and not a cartoon.

How to Make Your Villain More Nuanced

What needs to be done varies from villain to villain, but in most cases, checking these issues will go a long way.

Your villain needs a motivation that at least makes sense. Without that, you’ll have trouble slipping into their shoes or developing them at a deeper level.

Think through what you would do to achieve their ends if you were in their position. If you’re not sure, ask a friend. Put together a focus group even. Your villain will be both more believable and more intimidating if they are operating based on logic.

Please give your villain some social skills besides being mean. Keeping other people from stopping them is usually essential for a villain, so how does their social behavior help them do that?

Being rude to everyone is rarely a winning strategy. While simply threatening to kill people if they cross the villain can work on occasion, most villains can’t be watching everyone all the time. If it doesn’t look like the villain can make good on their threats, they will feel ineffectual. A villain that succeeds through politeness will look much more competent.

Give your villain at least one notable characteristic that isn’t associated with villains. This will add novelty and further round out their character.

While choosing traits associated with heroes will create nice contrast and add novelty, you don’t have to go that far. What’s important is that being a villain doesn’t entirely define them.

Use new emotions to show a different side to your villain. Don’t let them take over the villain’s personality, or you’ll end up with another caricature.

These days, readers are bored with one-note villains. But once you make your villain more interesting, they’re also pretty easy to please.

Comments on Does Your Villain Twirl Their Mustache?