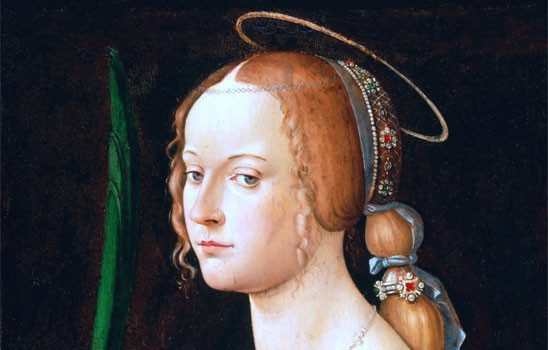 The other day, reader Ethan Michael asked us this:

I’m writing my first book and have already plotted the story, but when I take to the internet to see how to make a character likable or if it’s important, I find numerous articles saying not to make the character likable. My main question is should a major character be likable – and if so how, or should I make them dislikable?

Why So Many Articles Advocate for Unlikable Characters

For most of these articles, it boils down to this.

I don’t doubt the sincerity of any writer who advocates for unlikable characters. However, as a blogger myself, I will tell you that articles making bold statements against conventional wisdom are more popular than articles repeating conventional wisdom.* As a result, an article that is contrary is more likely to be published, and published in more prominent places. So when you search for articles on a topic, the contrary viewpoint will be over-represented.

In addition, these articles are designed to respond to the assumption that characters should be likable. They’re for readers who already understand the cultural context surrounding likability, not for readers who still need an introduction to likability. Contrary articles are worth reading and considering, but they aren’t a good place to start.

I found that articles advocating for unlikable characters were using a much narrower definition of likability than I would use. Their definition seemed to be: “Would you like this person if you met them in real life?” This definition isn’t useful to storytellers, because whether you like someone in real life is not the same as whether you like a character. If it was, villains such as Darth Vader wouldn’t be so popular. In effect, these articles were actually discussing the value of characters with large personality flaws.

The last article was also questioning whether audiences hold a double standard, liking flawed male characters more than flawed female ones. At some point, every storyteller should consider cultural standards of likability and decide how their own work will respond to that. But again, that’s not the best place to start.

For our purposes, I’ll define it as “interest and investment in a character.” In other words, it’s a character we like watching or reading about. Instead of resembling whether we’d like them in person, character likability falls somewhere between the enjoyment of observing a person and the enjoyment of being that person.

The importance of that second part varies, depending on how strongly the audience identifies with the character. Identification is by no means a requirement for likability, but it usually provides a strong bonus. In general, the more your audience can understand and relate to your character, the more they’ll identify with them.

Should Your Main Character Be Likable?

You don’t have to take my word for it. Go look at some book reviews, or ask people to tell you what they didn’t like about the books they read. Disliking the main character is one of the top complaints from story readers.

Audiences vary on how much they’ll tolerate characters they don’t like. I know many people who will continue reading a book with a dislikable main character provided the world is interesting enough. I personally won’t; if I don’t like the main character, I’m gone.

Tolerance also depends on how much identification your story aims for. The closer you bring your audience to feeling like they are your main character, the more likely they’ll grow attached to them. However, if they still don’t like the character, they’ll tolerate it less. That’s why roleplayers always create their own characters for an ongoing campaign. They identify strongly with their characters, so it’s essential to give them the power to make a character they’ll like.

What About Other Characters?

Other important protagonists, particularly viewpoint characters, should also be likable. Villains are more flexible. In a written work, they can be either loved or hated. However, it’s better when the storyteller is on the same page as their audience. For instance, if you love your villain, you might put them in a romance with the hero. If your audience also loves this villain, they’ll be thrilled. If they don’t, they’ll be angry.

How Do You Make a Character Likable?

I’ve got some bad news for you. Character likability depends largely on taste, and people’s tastes can be mutually exclusive. In other words, it’s impossible to make a character that will please everyone. However, some tastes are more popular than others. Here’s some things to consider.

As the articles Ethan found demonstrated, people are divided on how flawed characters should be. Some people won’t like characters with any significant flaws; others love heroes that are dark and edgy.

My general impression is that a character with one or two flaws will please the most people. The flaws you choose are important. A flaw like clumsiness is meaningless – it’s not the character’s fault, and it’s just as endearing as it is annoying. On the other hand, a flaw like arrogance is significant, but it’s also particularly dislikable. You’re looking for flaws that hinder your character while still being relatable to the audience – something they know and understand. Good choices are impatience, impulsiveness, contrariness, stubbornness, abrasiveness, shyness, or insecurity.

To be likable, a character needs strengths. For most heroes, one of those strengths will be their morals. Kindness, generosity, and selflessness are particularly likable. That’s why many movies have a “save the cat” scene near the beginning. In it, the hero will go out of their way to do something nice for someone else. For example, they’ll drop what they’re doing to help get an elderly woman’s cat out of a tree.

However, anti-heroes and villains with moral failings can also be popular. Instead of integrity, they usually have “cool factor.” Darth Vader wields a laser sword and can choke people with his thoughts. His big black outfit is badass. If a likable anti-hero doesn’t look cool, they can probably still face an army of the undead without flinching. There’s something the audience admires, and it’s enough to compensate for the character’s weaknesses.

Admirable traits work for heroes too, but don’t overdo it. If your hero is a math genius, martial arts master, expert shot, first-rate actor, and tennis champion, your audience will probably stop liking them and start resenting them. Generally, you want one or two really strong skills and a handful of decent ones.

As I said earlier, if readers identify with a character, they are more inclined to like them. The problem is which character traits audiences identify with depends on the person. The more common and mundane your character is, the more likely your audience can relate to them. But that means your character will be more like a blank template than a real person. These templates are popular with many people, but others dislike them because they are not strong characters.

A strong character needs distinguishing traits that set them apart from other people. Those traits make them memorable to the audience but less relatable. That doesn’t mean people won’t like them; most still will. Just make sure that your character isn’t completely defined by one unique trait, because that trait could lose its novelty and become annoying.

Besides making your character generic, you can also increase audience identification by making sure they understand the character and their motives. A character that seems strange from the outside might feel rational and sympathetic once you understand how they feel and why they’re doing what they’re doing. Prose works have an advantage over visual works in this area, because they can incorporate character thoughts with more ease.

However, this has been done in visual mediums too. A great example is the show House of Cards. The lead character, Frank Underwood, is a villain protagonist – something that’s difficult to pull off, precisely because villains do immoral and therefore unlikable things. But in House of Cards, we actually know what Frank’s thinking. Frequently he’ll turn to the audience and explain his motivation and strategy, as though each viewer is his personal confidante. It makes him more likable than he would be otherwise.

My Favorite Formula for Likability

This may not be the best tactic for a James Bond or Indiana Jones, but it’s used in a wide array of stories. Here it is:

A character with great potential that is undervalued by the people around them.

If you want your audience to hate a character, the reverse also works. Show how a character is loved and admired, even though they’re a rotten person who’s conned their way to the top. Your audience will enjoy watching them fall from grace.

My Advice for New Writers

It is impossible to make a character that everyone likes, but one person’s tastes matter more than anyone else’s: yours. You aren’t just reading your book; you’re writing it. It won’t do any good if you create a character that 99% of people will like and then never a finish a book about them because you dislike them yourself.

The more interested you are in your own character, the more driven you’ll be to get to know them. They’ll be better developed, and your audience will appreciate that. You’ll also be more inspired to see the character through to the end of your story; that will help you complete it.

Besides, do you really want a following that demands stories about a character you’re sick of?

So whatever you do, make sure you love your important characters. Then focus on developing them, helping your audience understand them, and giving them growth and agency during your story.

For the record, Mythcreants does take advantage of that, but we’re still 100% behind everything we say. Until we change our minds.