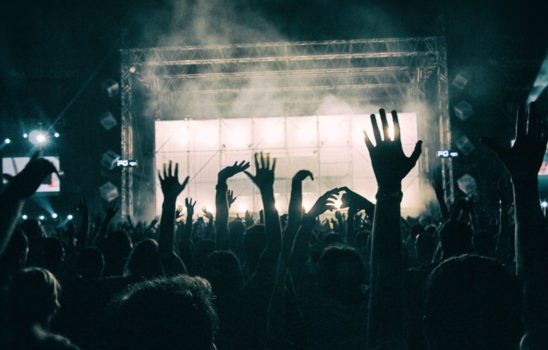 Not every person that appears in a story is an actual character. These non-characters remain in the background: standing in line, cheering after a speech, or manning a stand. Like the buildings or the waterways, they exist to flesh out the setting. They are the extras of the story.

A character isn’t just present, but memorable. They should go by a unique designation, have a distinctive personality, and be proactive enough to influence the plot.

Every story should have just as many characters as it needs to pull off the plot and no more. Each added character requires their own introduction, adding overhead to the story. The more characters in the story, the less screen time and development each character gets. With too many characters, the audience will forget some and mix others up. A series of novels has much more room for characters than a short story, but even a series has limits.

So when your fictional Queen holds a large diplomatic summit, it’s simply not practical to introduce every noble in attendance – not unless this is a bedtime story. Whenever the events of the story call for a crowd, it’s time to think through what characters you actually need in your scene and what is best left to extras.

Gauging When Characters Are Needed

You’ve written a scene where your protagonist, the Queen’s chief diplomat, must convince all the nobles at the summit to help fight the big bad. In the simplest case, your protagonist might give a rousing speech. The nobles watching might look skeptical at first, openly hostile later, then come around at the end.

Do you need a character in the audience? No. If the crowd is merely reacting to the actions of your character, extras will have you covered. In this case, people are no more proactive than the weather. They are an environmental hazard your character must face; they are not actors in their own right.

But let’s say not all of the nobles want the big bad to be defeated. Some of them are deliberately trying to obstruct the proceedings or make their own counterarguments. You now have a proactive antagonist, and you’ll want a character to represent this opposing group. These representative characters are particularly important in battle scenes. Few things are more dull than an entire chapter of mowing down faceless enemies. Give those enemies a memorable leader, and you’ll have a real conflict on your hands.

In most of these scenes, you’ll need one antagonist with their own crowd of extras. However, if you have a struggle that is epic, you may want more than one. Just remember that each antagonist should be making their own maneuvers that are separate from any others.

Back to the Queen’s diplomatic summit. What if the watching crowd isn’t a monotonous mass? The western kingdoms flock together; they have vast resources but few people to send to war. The eastern kingdoms have many soldiers, but most of them are farmers that are needed to tend crops. The southern kingdoms have standing armies, but they want to hide behind their walls. To succeed, your protagonist will have to appeal to all of these groups with different interests.

Whenever you have important factions, it’s helpful to create a character to represent them. Create one character per faction who can speak for their group. Remember: the purpose of factions is to depict disagreement in a group. If two factions always agree on everything, you might as well combine them.

Creating a representative character doesn’t mean that you need to go into detail. Unless that character has another role in the story, they are the embodiment of a community, not a unique individual with a deep personal history. Even when they have a role that justifies more development, be wary of making them differ significantly from their extras. It feels contrived when a group is supposed to be angry and uneducated, but all their representatives are calm and literate.

With the exception of dialogue, include extras simply by describing their presence, much like you’d describe the weather or a field of flowers. If the extras just need to be present but aren’t important, one line could do it.

A flock of velvety attendants hovered around the Duke.

When extras are important to the atmosphere or events of your scene, you’ll want to describe them more thoroughly. While illustrating the whole group is essential, individual details are more vivid to the audience. A good tactic is to give the collective group a few descriptors, and then zoom into several specific examples.

A river of phantoms flowed into the great hall. A tall, eyeless mourner lumbered through the doors. A wispy boy swirled around the chandeliers. A stoic soldier lifted her translucent sword and placed it before the throne.

You can similarly describe the vocalizations the extras make. Perhaps they create a wave of cheering or the onset of low whispers. If they say anything intelligible, you’re free to summarize it. This keeps the spotlight on your central characters.

But sometimes, particularly when the crowd is small or their reaction is important, it’s useful to give extras dialogue. Even though extras don’t have names or other designations, in most cases you’ll still need to use dialogue tags. Otherwise your audience might wonder if a character in the scene is speaking.

A woman stood and pointed towards Fluffy. “It’s the beast!”

Lines from extras are usually short. They represent the mood of the crowd, not its intricate thoughts. If you find yourself creating long and complex lines for your extras, consider whether you need a character for that role.

Not every scene with people requires a character for each one. Decide who is important to your story, and let everyone else fade into the background.